After many days in small villages we had accumulated some dirty laundry. So we made a plan to pass through Uruapan and drop the laundry. Then we would go to Tzaracua Falls for an overnight. When we passed back through Uruapan we would grab the clean laundry and then spend a couple of nights in some pine trees before we launched into Mexico City!   The plan worked.

Parking in the bustling city of Uruapan meant squeezing the big butt of the camper into a tiny parking lane on the side of the busy street.  It worked, but she looked rather out of place! 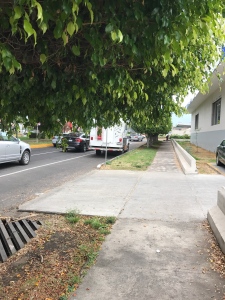 Dropping off laundry means carrying our bag into the lavanderia and having it weighed.  Prices vary greatly, but it can range from 10 pesos to 30 pesos per kilo.  Two weeks worth of dirty laundry for us is generally about 4 kilos, when we add dog blankets, sheets, towels, etc and it adds up quickly.  So we spend about $5 to $8 per week on laundry services.  After it is weighed we have to give them a name; we always use Miguel, who wants to spell out Genoveva? Usually the laundry will be ready in 24 hours.

After leaving a couple of bags in Uruapan we drove out to Cascada de la Tzararacua and paid for an overnight.  This meant that we had a parking space in the far corner of the parking lot and we would be locked in for the night.

Since it was still early, we decided to hike to the falls right away.  The hike was actually a series of about 557 concrete and wooden steps with handrails.  It was humid and hot at this time of day, but the trees provided shade. 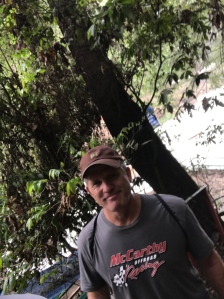 During the hike we saw quite a few of these beautiful beetles.

And then the falls came into view.  As soon as we could hear the cascading water, we could see the pools and the river flowing away.  The falls were still hidden behind the trees.  The first thing we noticed about the falls was the huge heaps of foam that were accumulated along the banks at the base of the falls.

It looked as if laundry soap had been dumped into the pools. The piles of foam were 5 or 6 feet high in some areas.  And there was visible pieces of trash peeking out from under the foam.   The next shock was the trash!  There were large pieces of trash such as soggy boxes, shoes, bottles, strollers, tires, buckets and much more.  But the micro-trash was what really alarmed us.  All along the shoreline, where the foamy water lapped against the muddy banks, were tiny pieces of styrofoam.  Particles of styrofoam similar to the beads inside a beanbag, small enough to be eaten by fish, ducks, birds, etc.  It was horrible.

The falls are amazing to see.  The river is funneled into a narrow channel and then makes a dramatic, two-stage drop off the edge of the cliff.  As it lands in the pool below it sends up droplets of spray that leave the visitors, the bridge and the viewing platform wet and slimy.  We walked all around the area and took some photos without the trash in the frame.  But it was hard to rectify the beauty of the location, with the shocking preponderance of trash.

In this photo you see the water being forced through the channel and a two-stage drop into the pool of foam and trash!

The white bags on the left are filled with trash.  But it is not even a fraction of what is stuck to the shorelines, the rocks, floating past and bobbing in the pool.  The cables are for a zipline and a handcart.  Two ways to cross to the other side.  We used the bridge.

We climbed the 557 +/-  steps back up the canyon to our parking lot campsite.  It was a quiet evening, even though we were next to a busy highway.  As we were preparing to leave the next morning a couple of tour buses arrived.  They were loaded  with school children.  After dropping their passengers we observed the driver settle in for a nap.  This photo shows one of his passengers noticing his bus driver is napping in the cargo box! 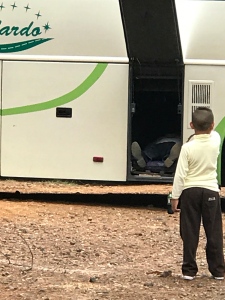 This had been one of our most challenging stops.  The trash left us frustrated. We were done with this place and further disheartened about the way many so Mexicans manage their garbage.

A quick stop in Uruapan to grab our laundry and then a long, hard drive to Ocotal Parque gave us a chance to think it over and settle back in to our routine.  In Ocotal we found a large, well-managed park with wooded areas for open camping and no other people around.

We hung up our hammocks and relaxed in the sunshine. 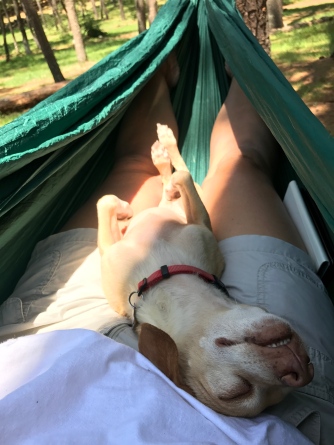 We baked fresh peach muffins (bought the peaches at a roadside stand) in the stovetop Omnia Oven, 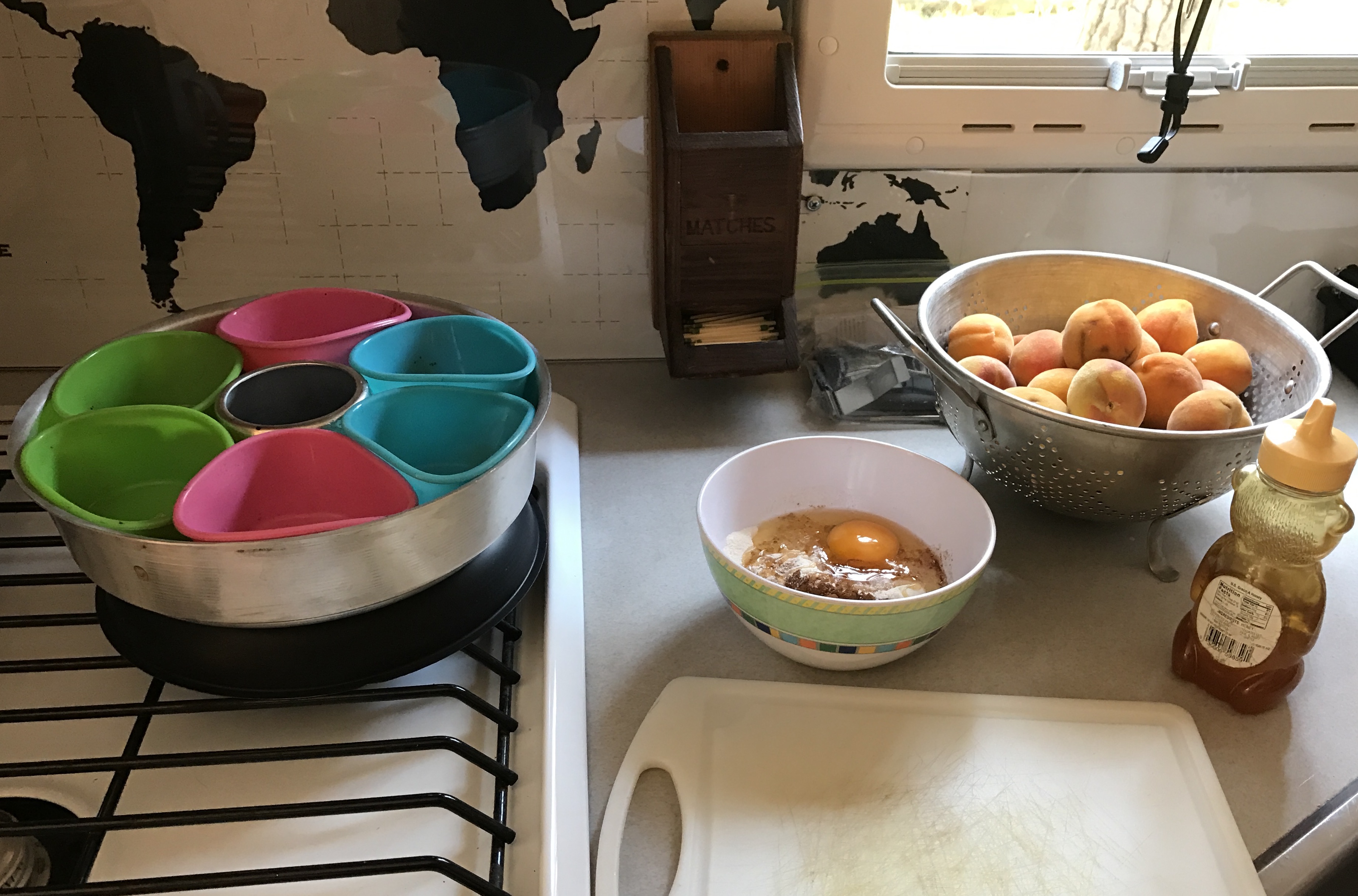 and we read books in the dappled shade of the pine trees.

This would be our last night in the camper for at least a week!  We had decided to rent an apartment in Mexico City and leave the camper safely parked while we explored the big city.  So we soaked up the fresh air, sunshine and pine trees in big gulps as we prepared to enter CDMX (as they call it) and dive into the fifth largest city in the world!