Bahia de Kino is located about 5 hours South of the US border crossing in Nogales, Arizona. It is one hour from the capital of the state of Sonora, Mexico- Hermosillo. We lived in this community back in 2000, and still have many friends there. It was great to visit with them and see the changes in the town. Here is a friend, posing inside the van 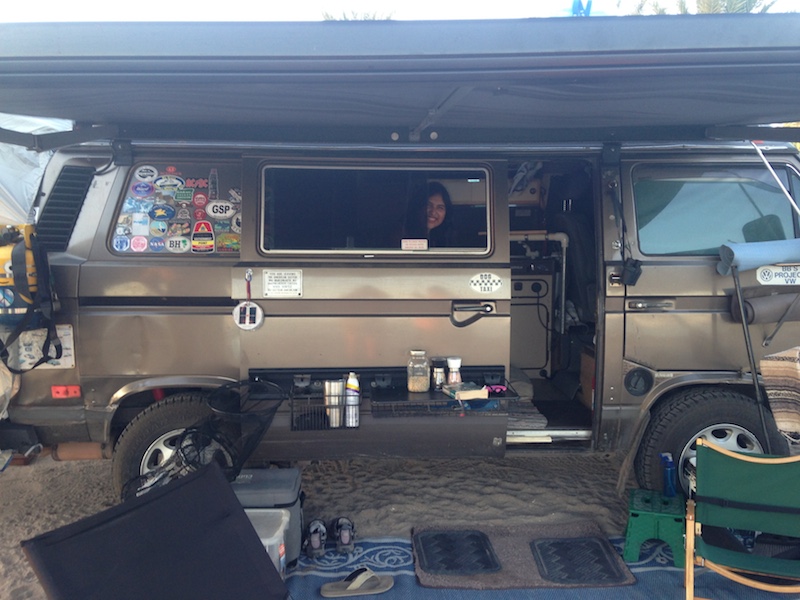 Kino is known for its fishing, and apparently the Mexican Navy uses the bay as a refueling stop.

The bay forms a semi-circle around Alcatraz Island 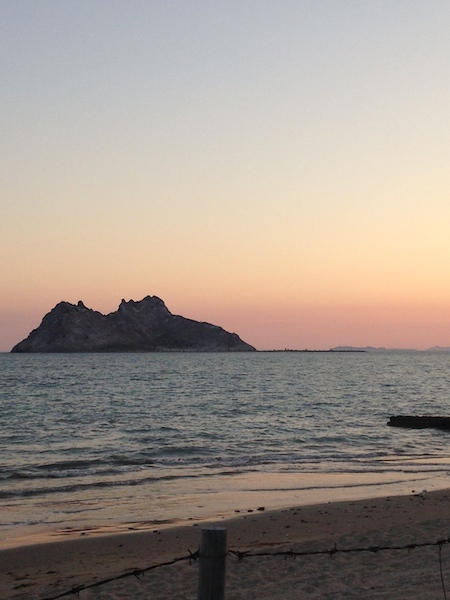 and offers miles and miles of beautiful beach.

As a small fishing village, Kino has limited services. However, there are several small grocery stores, restaurants and basic emergency services including police, fire, Red Cross and pharmacies. But it is considered the beach for the huge metropolis of Hermosillo. Near our camp we watched a family from Hermosillo hold a memorial service in the surf complete with ashes and flowers and music. 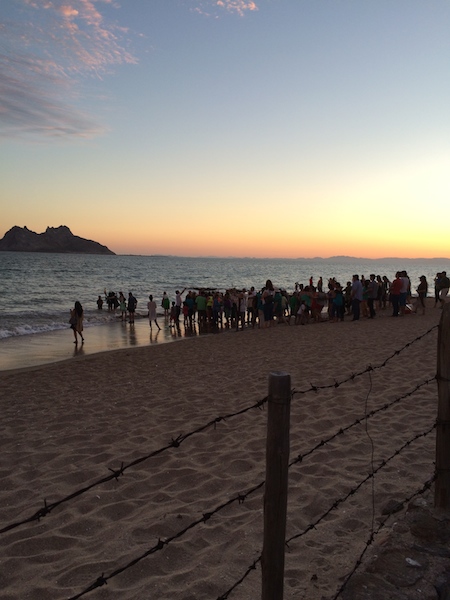 We also saw a bicycle race from Hermosillo to Kino

Our camp location was inside a small, family-run park named Islandia Marina. It is NOT a marina. It is a collection of small, concrete rental cabins and a handful of decaying RVs. There are limited beachfront camping spaces available to rent, but at $4 per day- one can overlook the neighborhood.

We enjoyed our favorite Sonoran specialty- Pappas Rellenos. This is a large potato, stuffed with butter, cheese and carne asada. Then it is wrapped in foil and placed on the grill. When it is baked tender, it is opened and topped with cabbage, green chili, guacamole and sprinkled with fresh squeezed lime. Here is a photo of the dining room AND cooking area as well as the finished product. 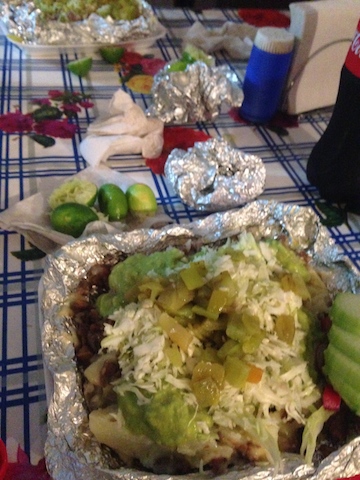 The view from our hammock was pretty good 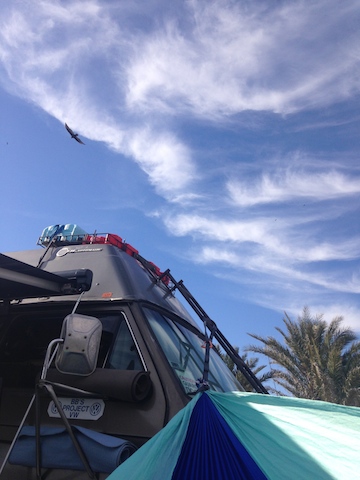 and our camp set up was comfortable 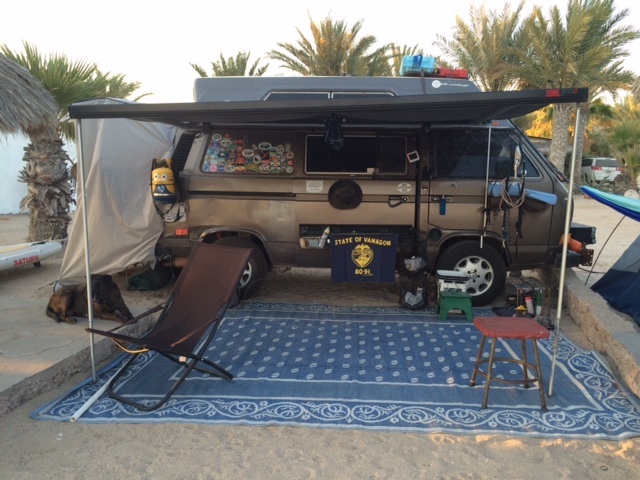 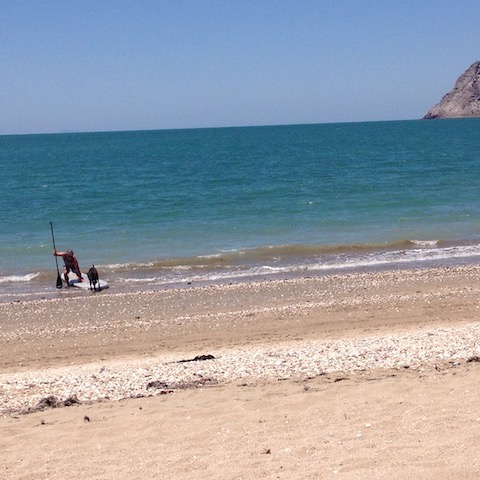 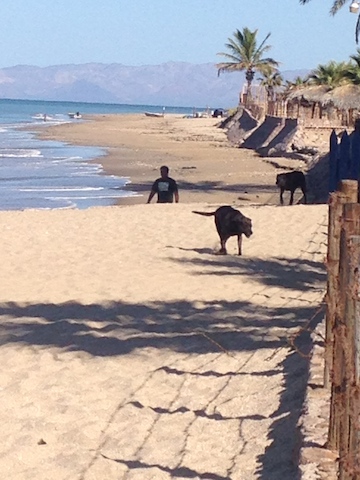 When necessary, Mike would load up the bicycle and make a water run to refill the van holding tanks and washing water 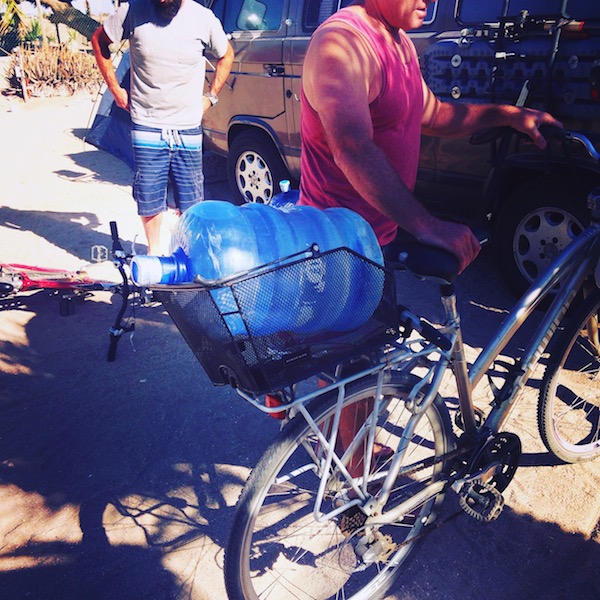 Through our friends in town we learned that the Padre of the Catholic Church is now operating a loaves and fishes “soup kitchen” to feed the locals. Mike spent many days volunteering his service there. This gave Mike an opportunity to practice his Spanish. He learned to make tamarind tea and tortillas. Here is a photo of the head tortilla maker in the kitchen 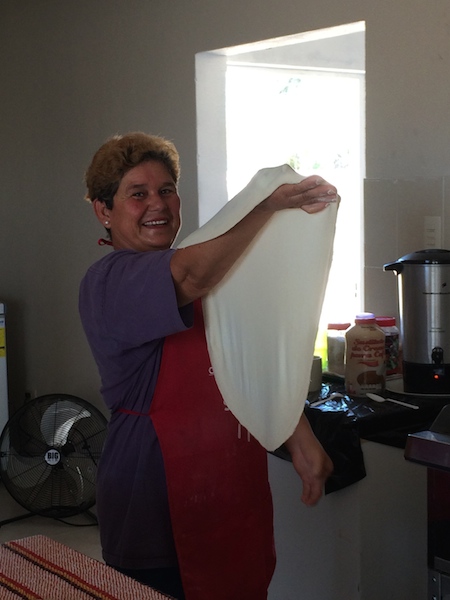 The kitchen also feeds many local schoolchildren. Mike played Jenga with one of the kids.

This was a rewarding way to pass the time while in Kino and the women really enjoyed working with Mike in the kitchen. 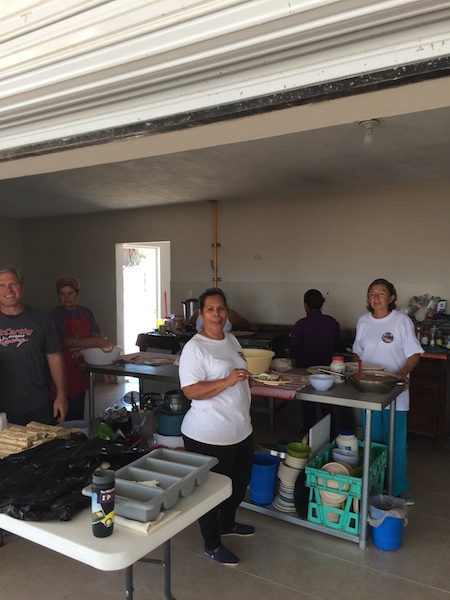 Over the weekend Kino hosted a Veterans (this means Seniors, as in- old guys!) baseball tournament. This tourneo included teams 4 from Mexico and Arizona. The opening ceremony was quite elaborate with flag ceremonies and songs

The winners would receive beautiful carved ironwood sculptures which the nearby Seri Indians are known for. It was fun to sit in the stands with the locals and visitors and cheer for the baseball players. Since it was a Veterans tournament, all players were over 50. They did NOT run to the bases and the punctuated their innings with beer and cigarettes before returning to the field. 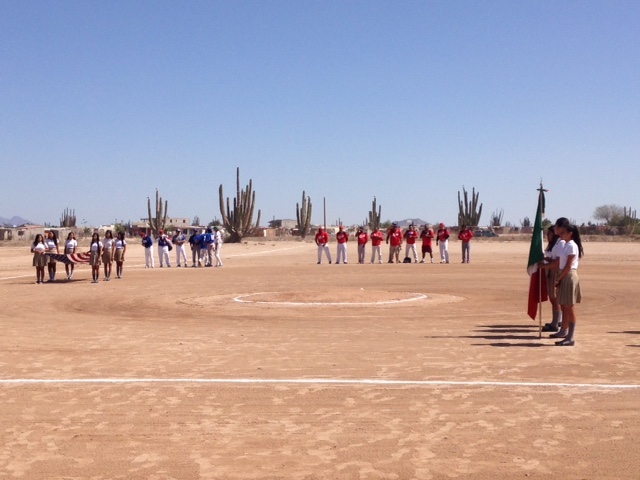 A two day high-heat wave hit while we were there so we rented an air-conditioned cabin for a break from the heat. The Islandia cabinas rent for about $75 per night and include three beds, bathroom and a full kitchen. After a roll in dead fish Mango got a bath in the kitchen sink. 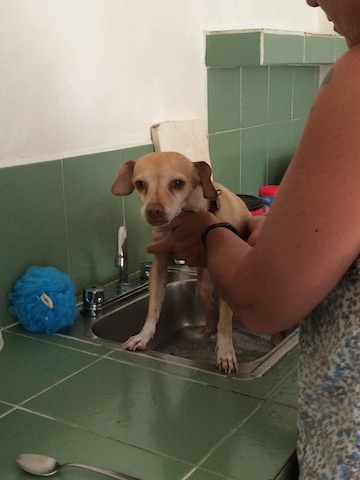 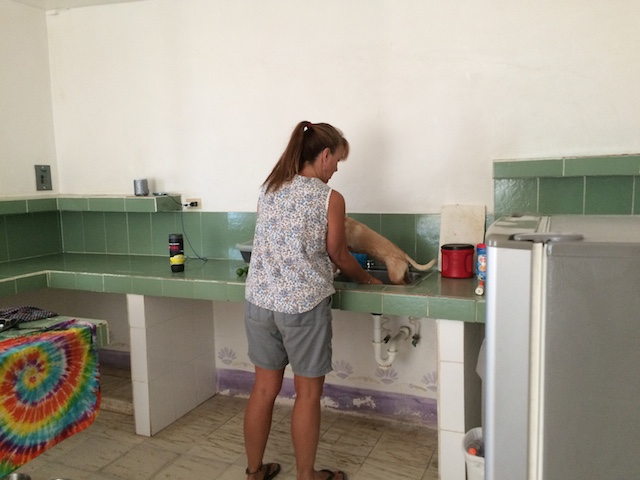 The cabin we rented was right next to our parking spot. So after the temps broke we returned to our campsite.

Here is a nod to the Oregon state vanagon owners

When it was time to leave Kino Bay

we drove the back roads through the desert to get to Puerto Penasco/Rocky Point.

We stopped at a cute coffee shop in Puerto Libertad where the proprietress spoke English. 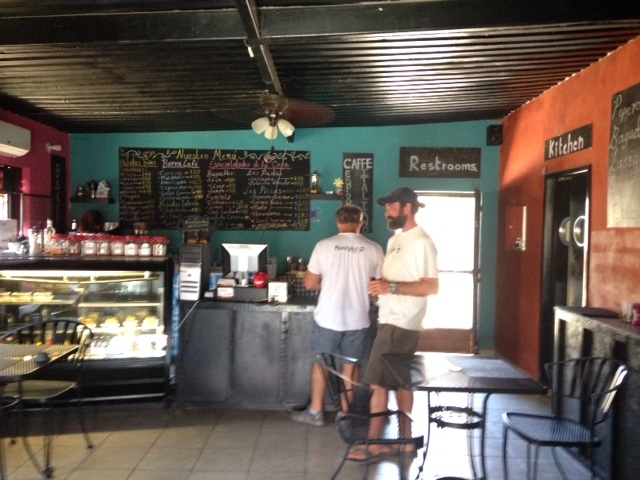 A few days of dog walking, shopping and relaxing and then we returned to the USA through the Sonoyta/Lukeville crossing. 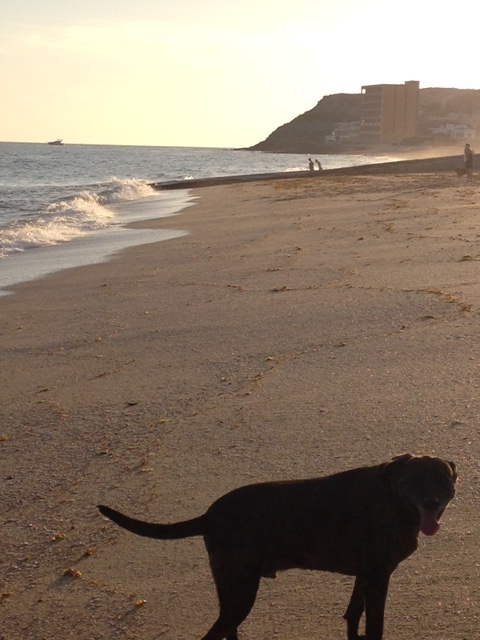 And our next trip will be NORTH— for cooler weather!

5 thoughts on “A few weeks in Mexico–”