A man and his van!

What have we been up to since we returned from Australia? A lot and not so much….. depending on how you look at it. Read on for a general update on some van changes, short trips, family business and more.

This is a family portrait taken in the old VW shop that Geneva’s dad operated.  He was well knows as BB the VW guy.  He worked on the old air-cooled style offering repairs, restorations, rebuilds and more.  He also made quite a few customs of his own to play with.

This was not an easy task (emotionally or physically) and was ultimately handled by a local auctioneer. Although we got rid of everything, we also lost a lot of money and personal property on the deal. Not all the folks who attend such auctions are honest; think of a murder of crows arriving! They pick through and take away whatever they want. Even though we secured personal items and property- we lost many items that we did not intend to part with. But the VW parts and mechanics tools are also gone and we received a tiny check to cover a few of the household expenses.

While the auction was going on at the property……we left.  We went camping in the Phoenix area, finding an urban paradise to vanish into.

It is always a pleasant surprise to find a camp spot right in the middle of an urban area.  These rare gems are precious and few!

From there we watched the air show that took place over Luke Air Force Base.

Mike is a HUGE (I cannot emphasize this enough) fan of military aircraft.  He was enthralled with the Thunderbirds as they darted around in the sky in formation and making designs with their contrails.

It was the first time we had camped in the van in quite a while, and it was great to be back in the routine.

Their final air design was simply beautiful against the blue sky!

We also made a run to Rocky Point (Puerto Penasco) for a quick beach check in. While we were there Mango visited with her favorite maintenance man, Ramon. 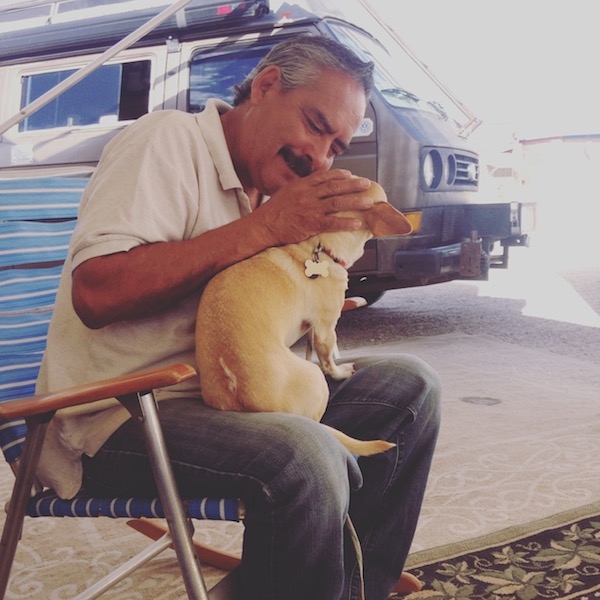 Back at the property we continued with a few projects on the van. Mike installed a new brake light for the back of the van. This one is on the bike rack. It is LED and lights up quite brightly. 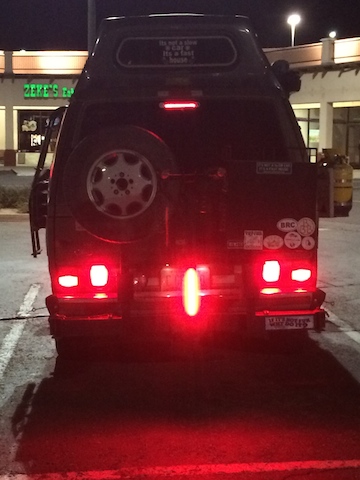 The rear lights of a VW Vanagon are notoriously dim, so this will add a new measure of road safety to the van.

Having a house to base ourselves in also allowed us to get involved in other things. Geneva signed up to be a substitute teacher at the local school. Mike enrolled in the gym and went in a few days a week. Geneva took a yoga class through the college. Then there were the mundane tasks of having a house again such as yard work, laundry, minor repairs and bills to pay.

The house was built in 1913.  First home built in Clarkdale.  Has a lot of historical beauty and a few ghosts!

The Clarkdale house, which was owned by Geneva’s mother still has issues pertaining to the estate to be settled. So our schedule includes appointments for banks, lawyers, surveyors and such. But in between those we have made time to steal away in the van.

which the new torque biasing transmission handled beautifully. But we turned around when it got too dicey, and found a great spot in a large, grassy field.

One time at van camp……

The dogs relaxed at camp and they also went hiking with Mike. Zeb found a swimming hole as usual.

Mike and the dogs hiked to the top of the nearby Round Mountain. Can you find the van in this photo?

The view of our campsite from about 400 feet up a mountain.

We watched a storm circle all around us. Notice the tilt on the awning in case the rain came down.

There is a storm brewing on the horizon.

Since we had a couple of days for this mini-trip we moved the next morning. We awoke to clear, sunny skies and possible a hot day.

So we drove to higher ground and found some pine trees to string up the hammock. 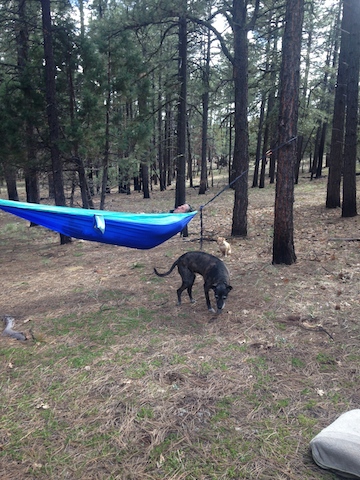 Mike is testing the hammock.  Mango and Seri are nearby in case it falls!

Campsite in the shady pine trees.

Again a few dog walks and some van dinner! 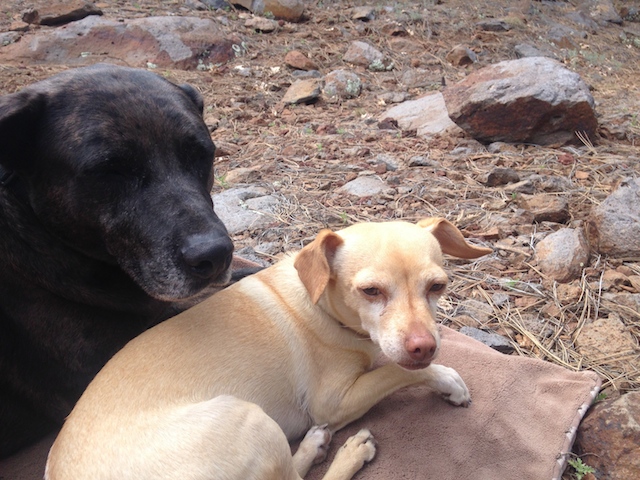 Mango and Zeb hanging out at camp

A few exciting family things happened since we got back from Australia in February. Our youngest son graduated from college and got married! These events provided a great opportunity to gather with family and spend some fun time together. 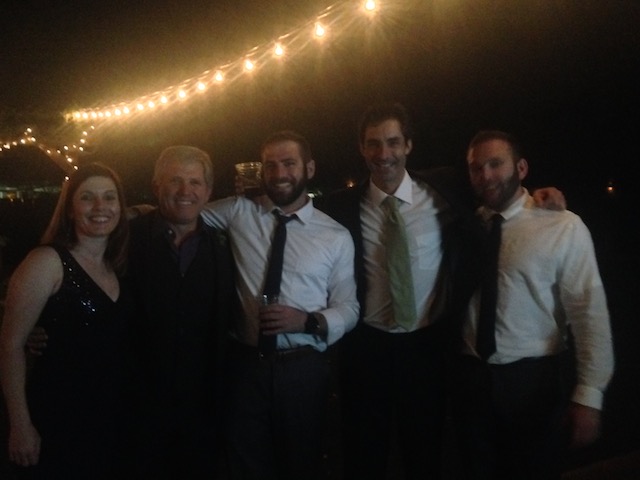 Everyone in this photo is a Saint-Amour…… sisters, brothers, sons! Such a beautiful group of people!

During this period of time we worked on a few other van projects. Here is a sneak preview of one of them. I will be doing a few posts that chronicle some of the updates and changes we have made. Remember to sign up to “FOLLOW” in order to receive email updates. Comments are welcome below. And you can also check us out on Facebook at It’s Not a Slow Car, It’s a Fast House or Instagram #itsnotaslowcaritsafasthouse 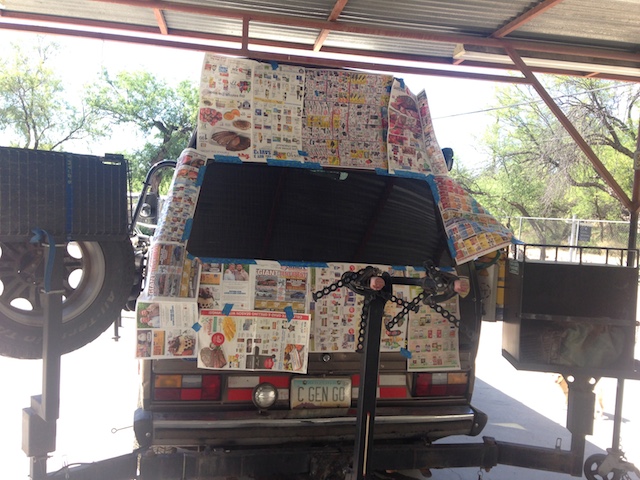 What is happening here?

10 responses to “Family business and a few trips”