One of the things that Geneva was most looking forward to in Peru was the chance to see the mysterious Nasca Lines. We were fortunate to have time to explore these from several different viewpoints and even some of the surroundings and related places.  By the way, we have chosen the spelling Nasca.  But the alternative spelling is Nazca, and is also acceptable.  The two are interchangeable and both appear throughout the region on signage, print materials and even taxis. 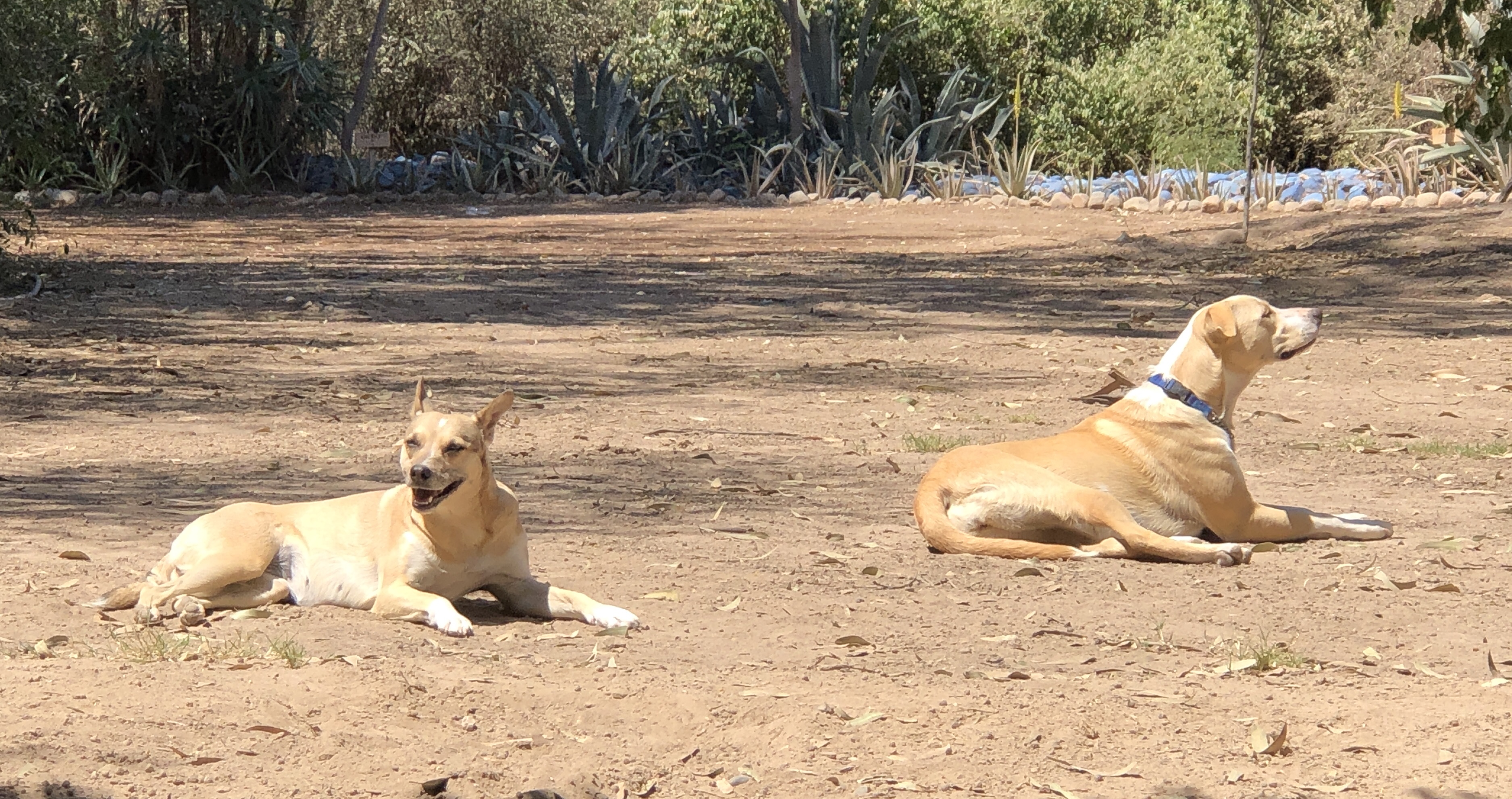 Just outside of Nasca (the city) we camped near an abandoned church. The eerie shell of the church is still standing after many years. 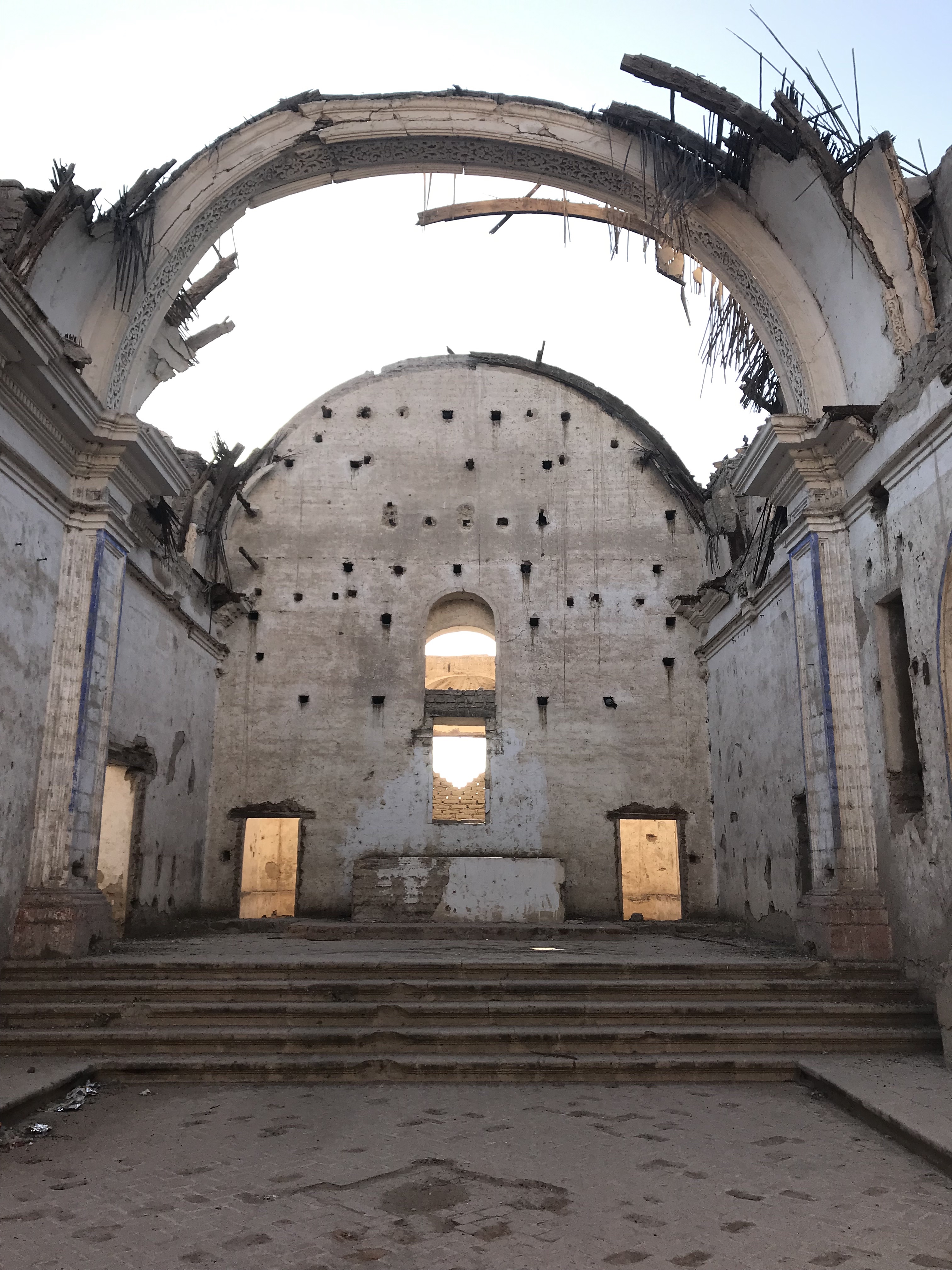 And some of the beautiful painting and architecture can still be seen. At sunset we explored this beautiful relic which was completed in 1740 and dedicated in 1744. 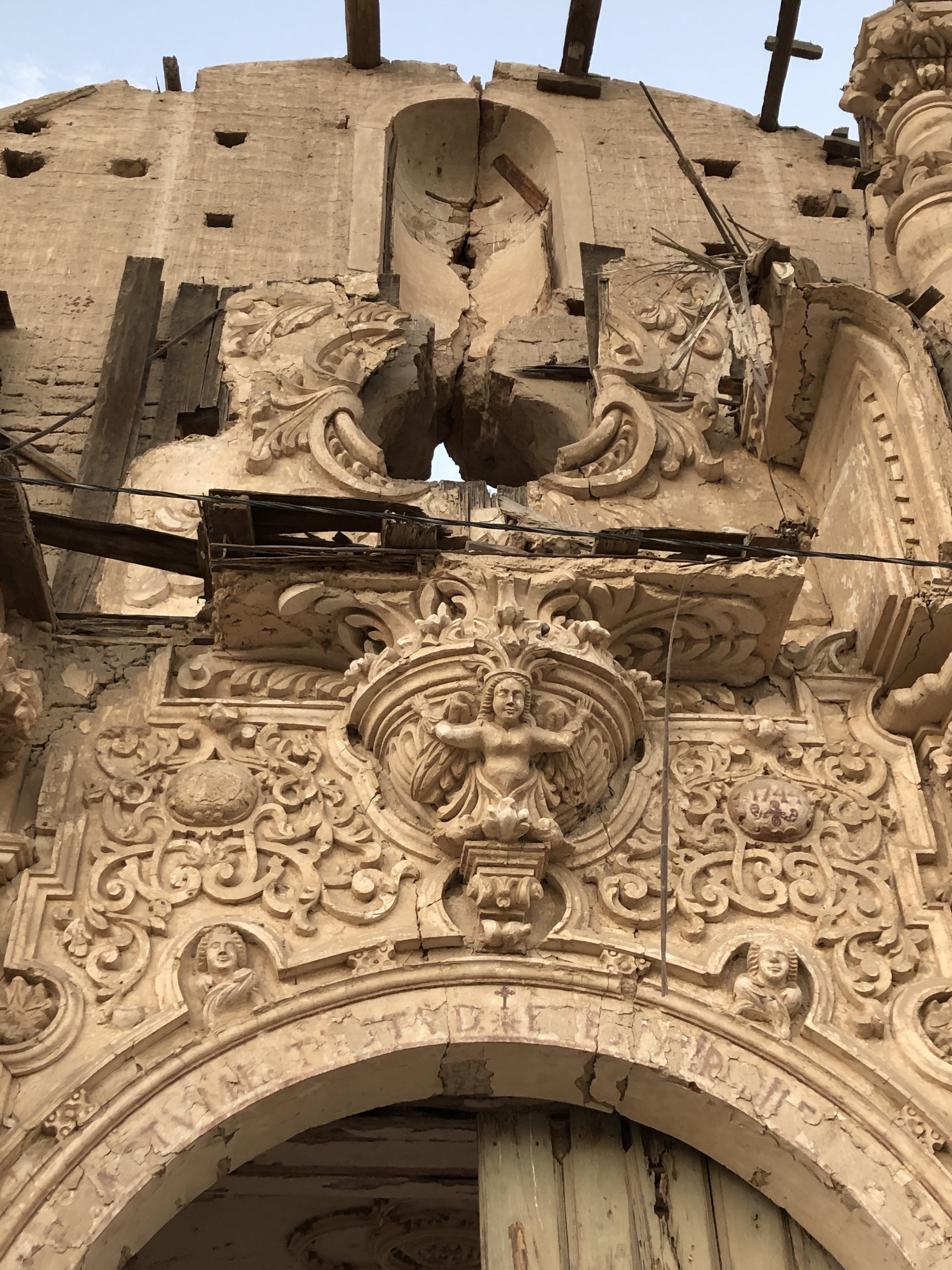 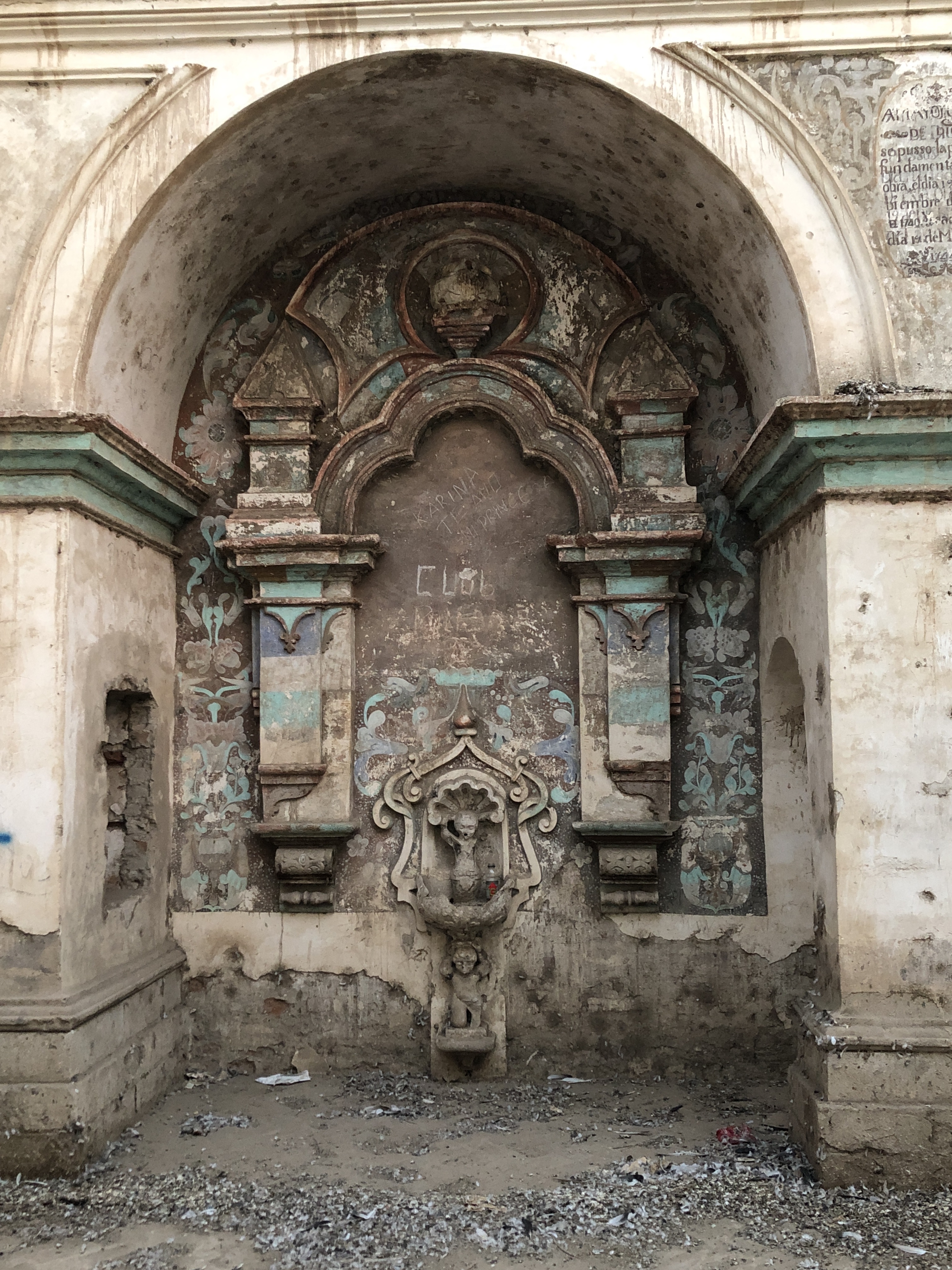 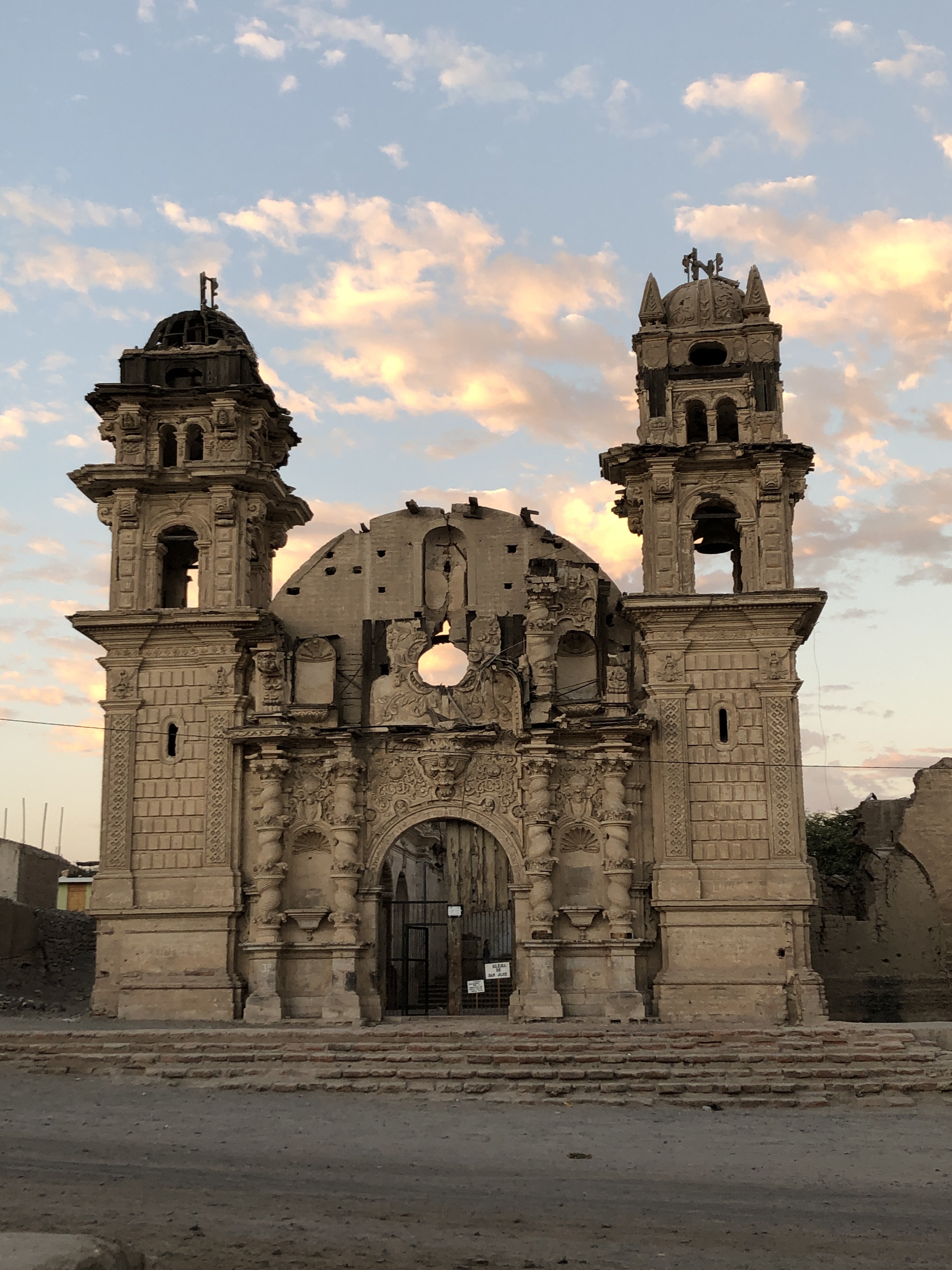 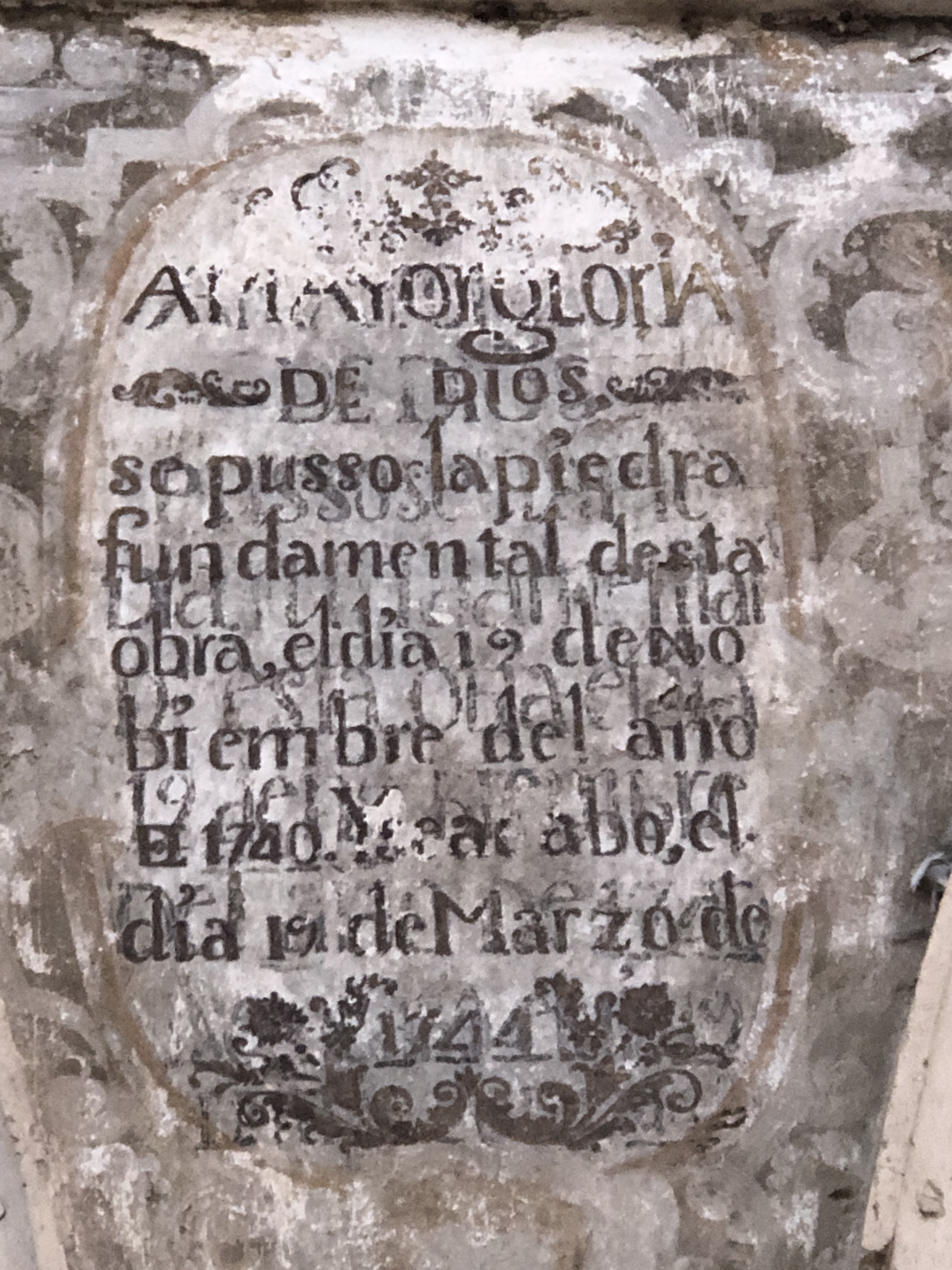 As we approached the city of Nasca we spotted a tall look out tower on the horizon. Then looking to the left and right we could see some changes in the surface of the soil. We climbed up the tower, and found ourselves looking at two of the Nasca figures. The lizard and the tree of life were below us. Sadly, the tail of the lizard was sliced through by the Pan-American Highway.  But the tree appears entirely. 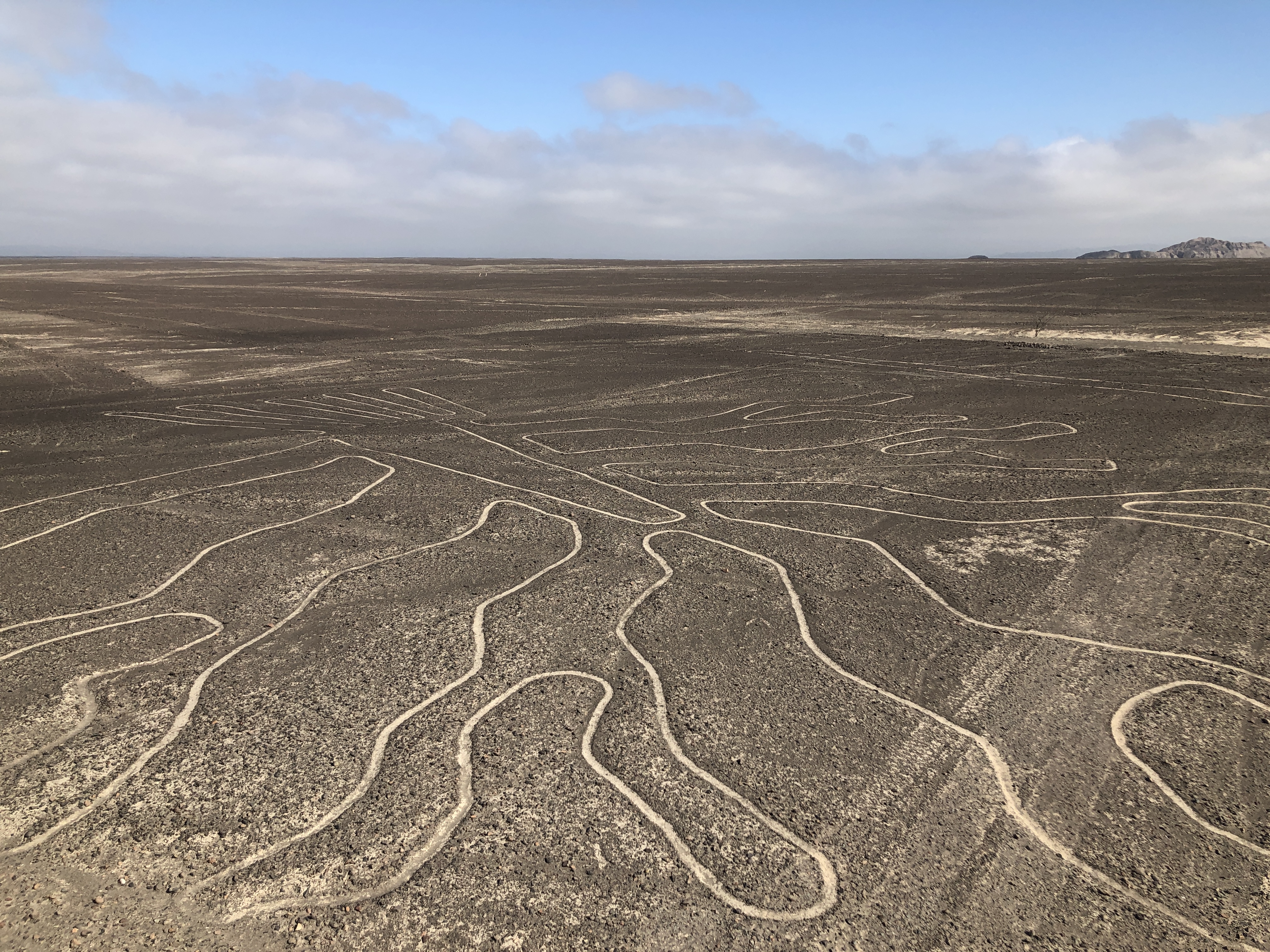 But that was just a small portion of the mysterious lines. Our first campsite was at a place called the Pampa Lines or Pampa Reloj (clock).

These lines are thought to be some sort of timekeeping tool that is not fully understood. They are fading quickly, as trails, roads and footpaths intersect them, just as with the Nasca Lines. The dogs enjoyed hiking up to the top of the hill to see the lines below. 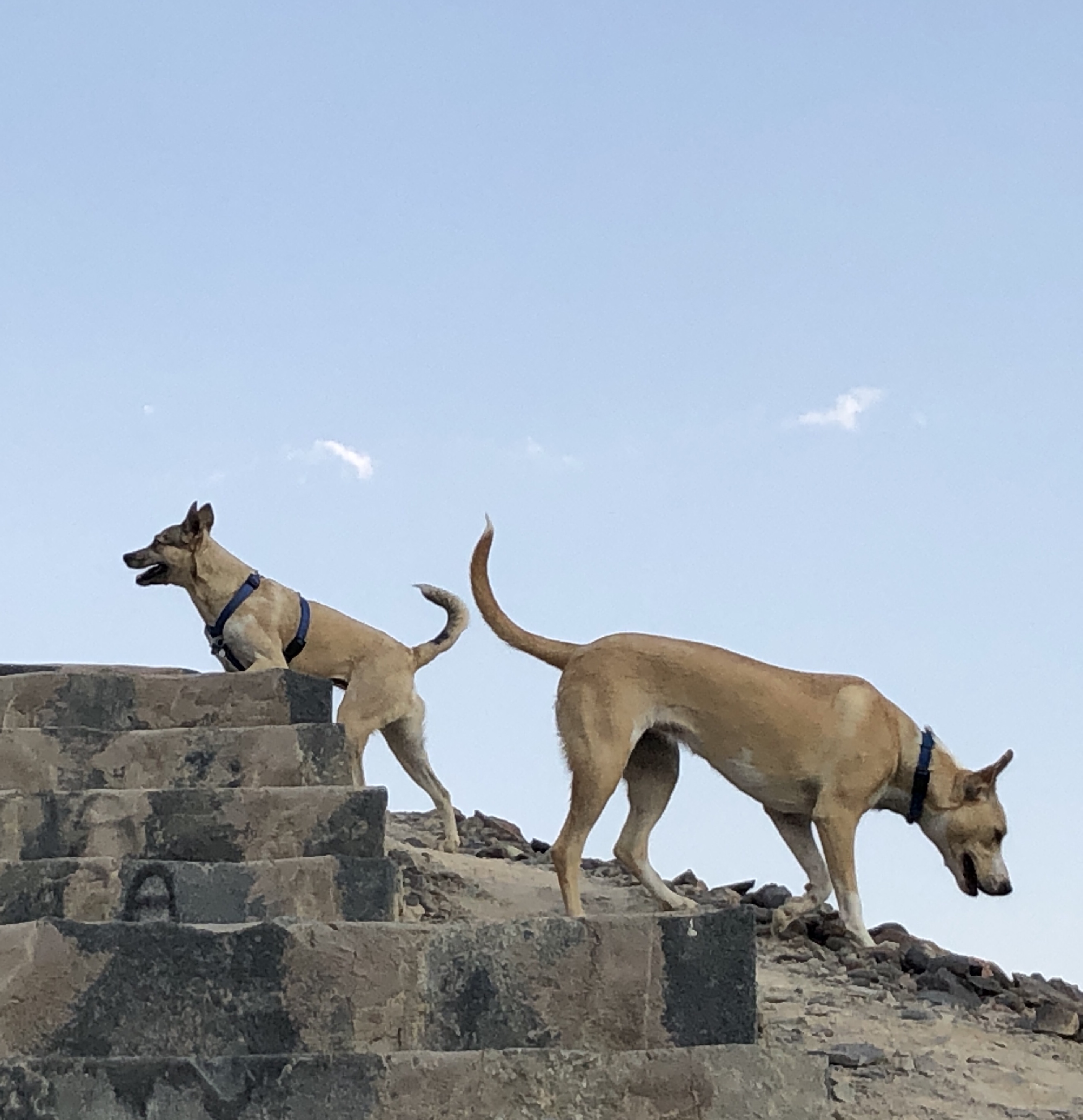 Our next campsite was at a small home with lodging, just outside Nasca. 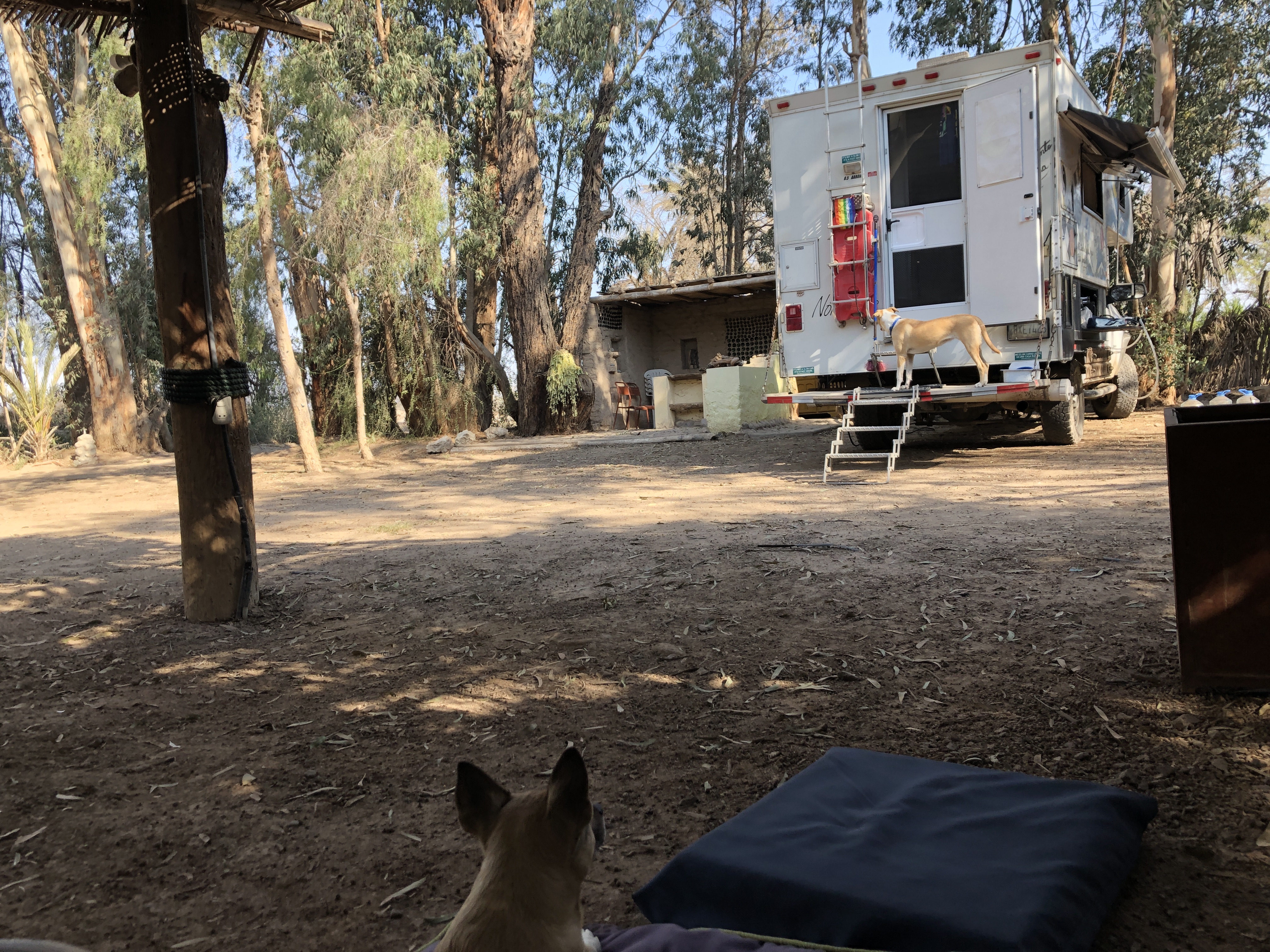 This little farm offered comfortable shade and terrific hot showers. The resident peacock seemed to be in charge of strutting around and keeping things in order. 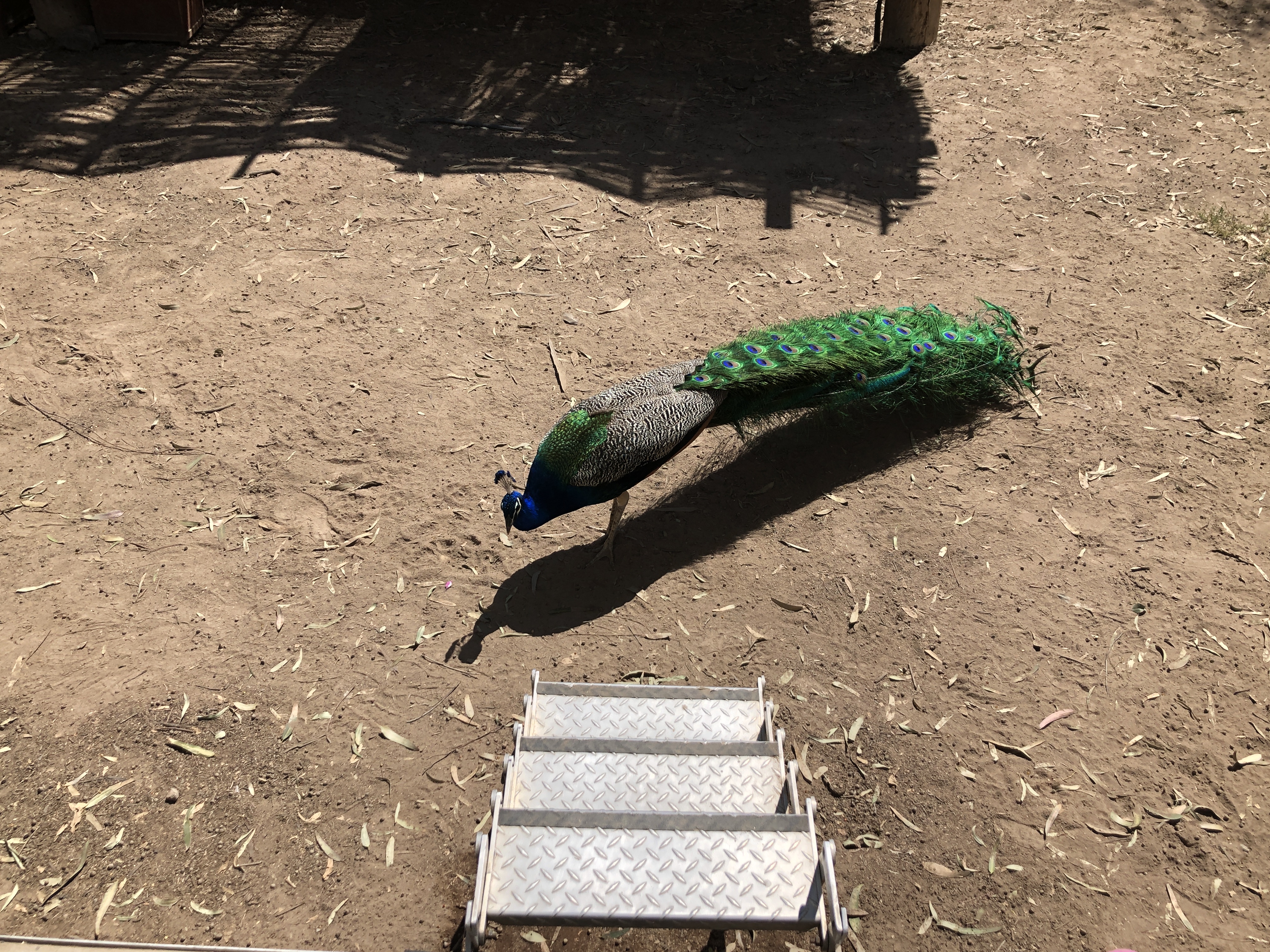 Pacha was somewhat nervous about the huge, colorful bird. She preferred to watch it from inside the camper! 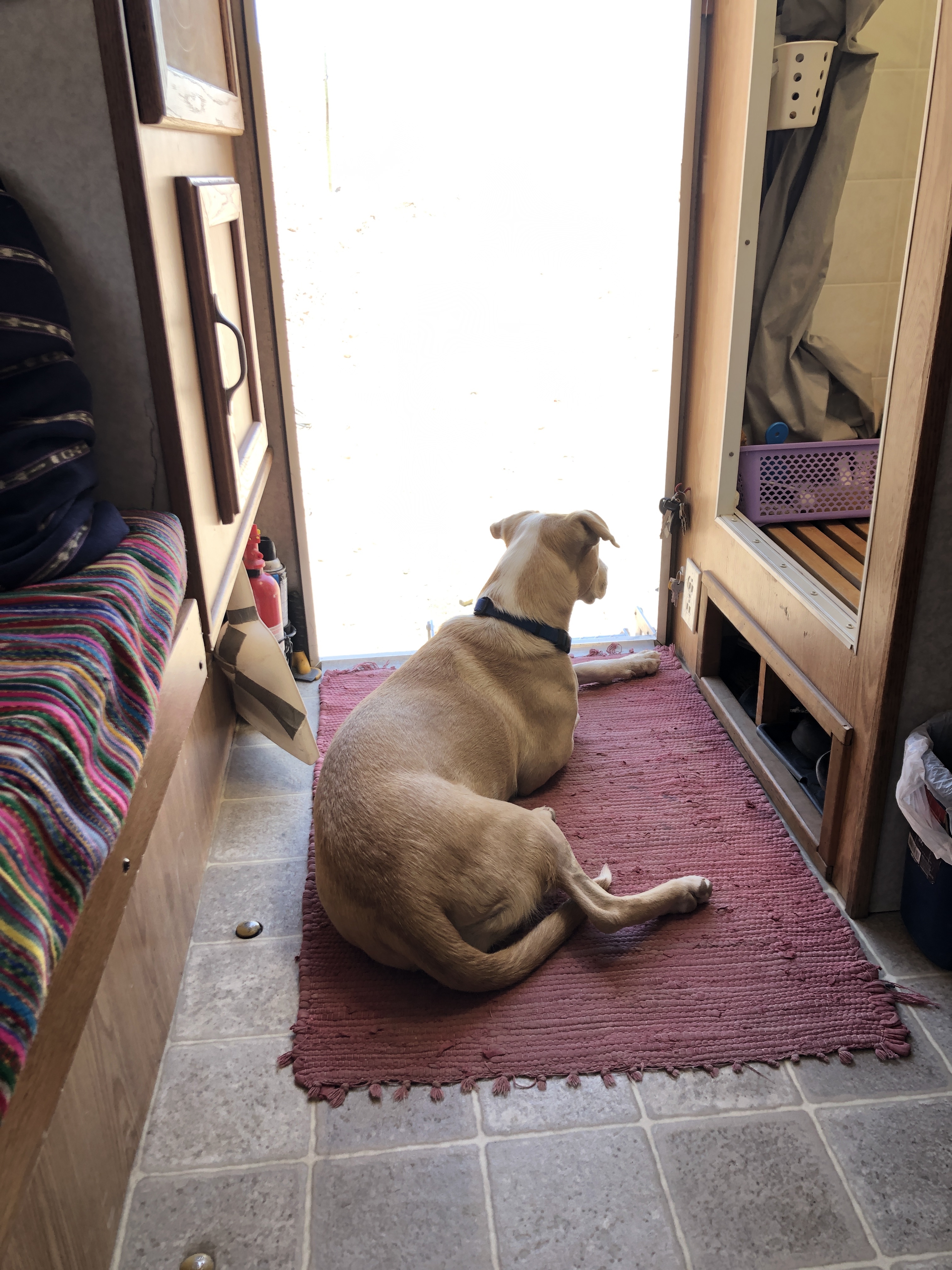 Flying over the Nasca lines had long been a dream of Geneva’s. And this was the day it would happen. We entered the tiny airport, hounded by the agents trying to get us to fly with their group package. But our research told us that we wanted a private flight for the best views. We selected our company and purchased a package that included this flight plan. 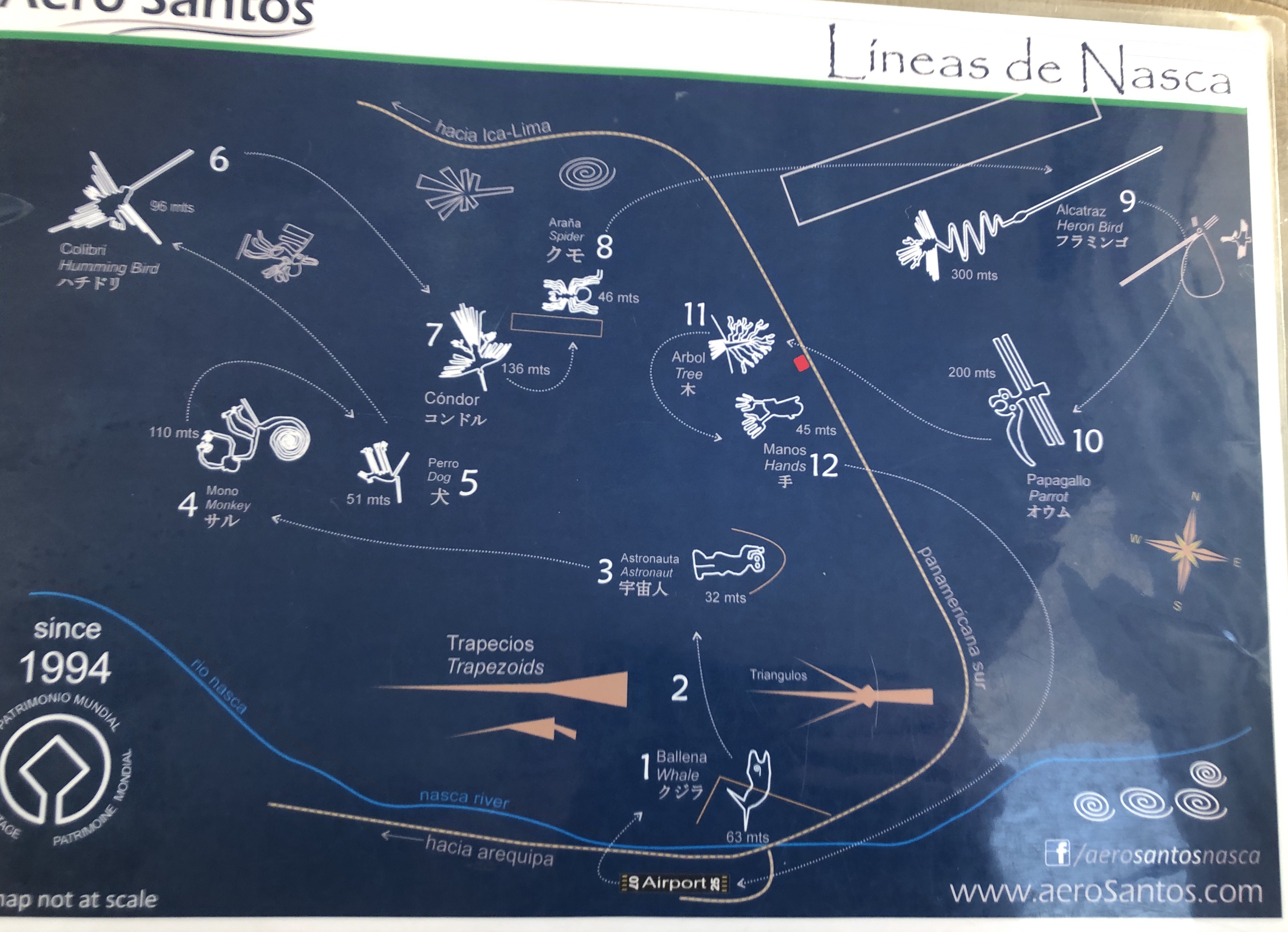 The copilot took us out onto the tarmac where we met the plane and the pilot. This was exciting for both of us, as Mike loves airplanes and Geneva was fulfilling a long-term goal!

We boarded and donned our headsets and then we were aloft.

The flight took us over the most notable of the designs, and from that vantage point we could also see many of the geometric patterns very clearly. We took a few photos, but mostly held on to our light breakfast and tried to avoid becoming ill.

The plane banked sharply left and right to show us all the different designs. And our stomachs flipped and flopped as our inner ears worked to manage the changes. The final sight was the view of the Puquios Aqueducts, and then we glided to a smooth landing. 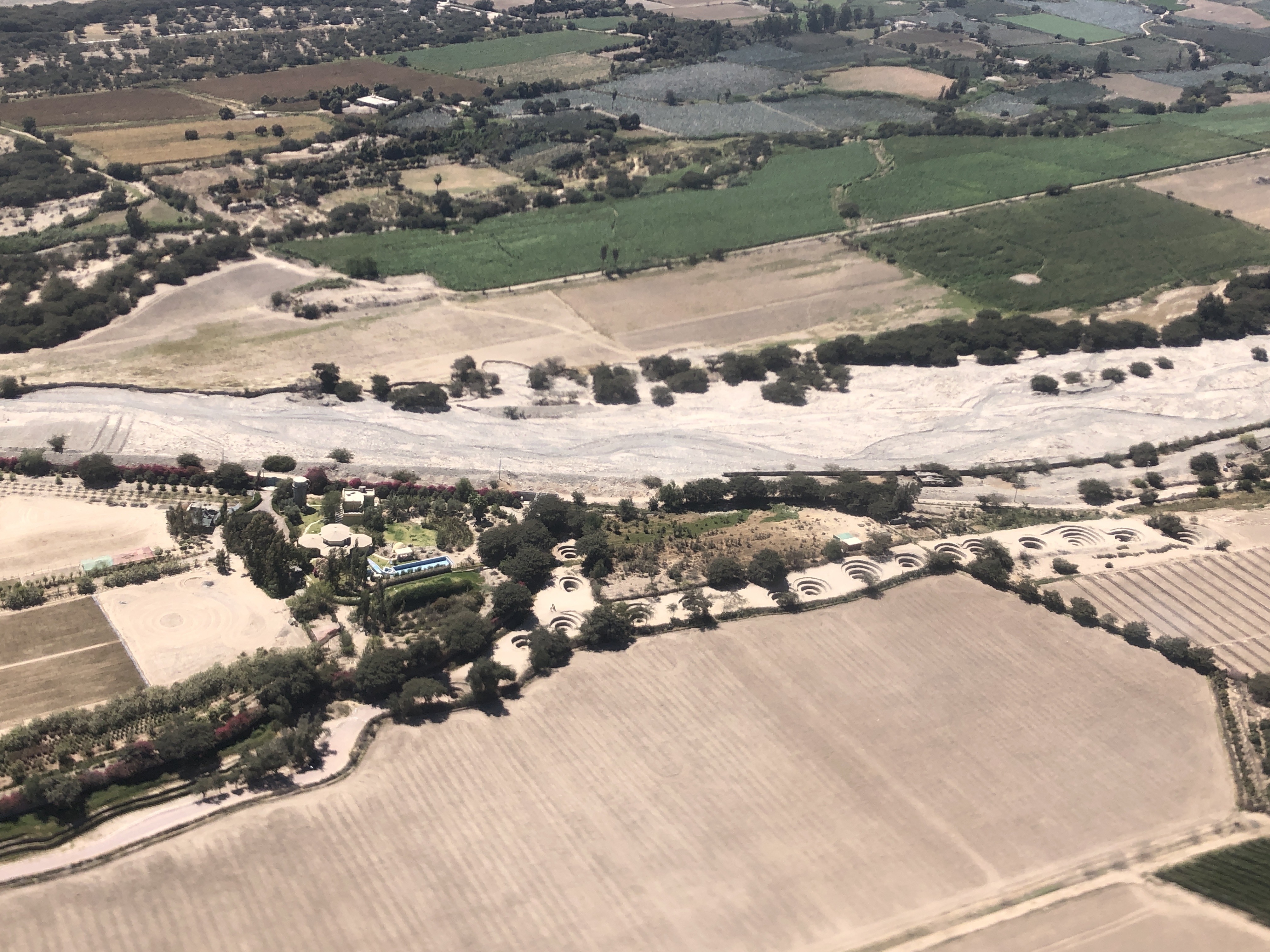 Seeking a bench and a cold drink, we jabbered crazily about what we had seen from the sky. It had been both exhilarating, and sickening! HAHAHA.

The next stop was the nearby museum to learn more about the people of the Nasca area. This was a very well done museum, which included a variety of displays.   The harsh winds and weather of this area have destroyed most of the housing structures, but this little model of a living and working arrangement, was found in the sands near Nasca. 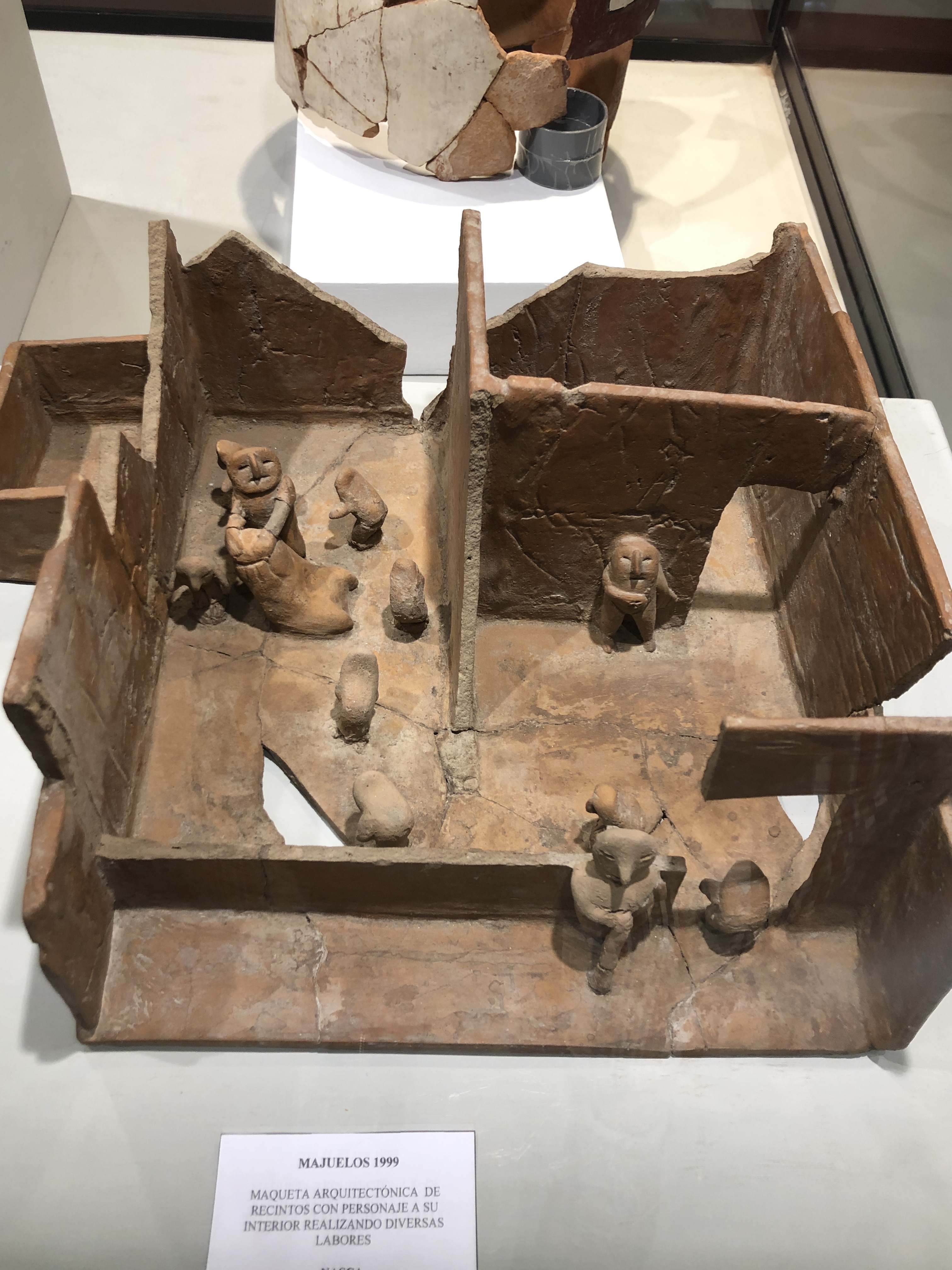 However, dry sand has done a terrific job of preserving textiles, footwear and mummies.   These little effigies each have a pouch made of fabric, which coordinated, with the attire of the mummy they were buried with.   Most mummies had a small effigy and pouch. 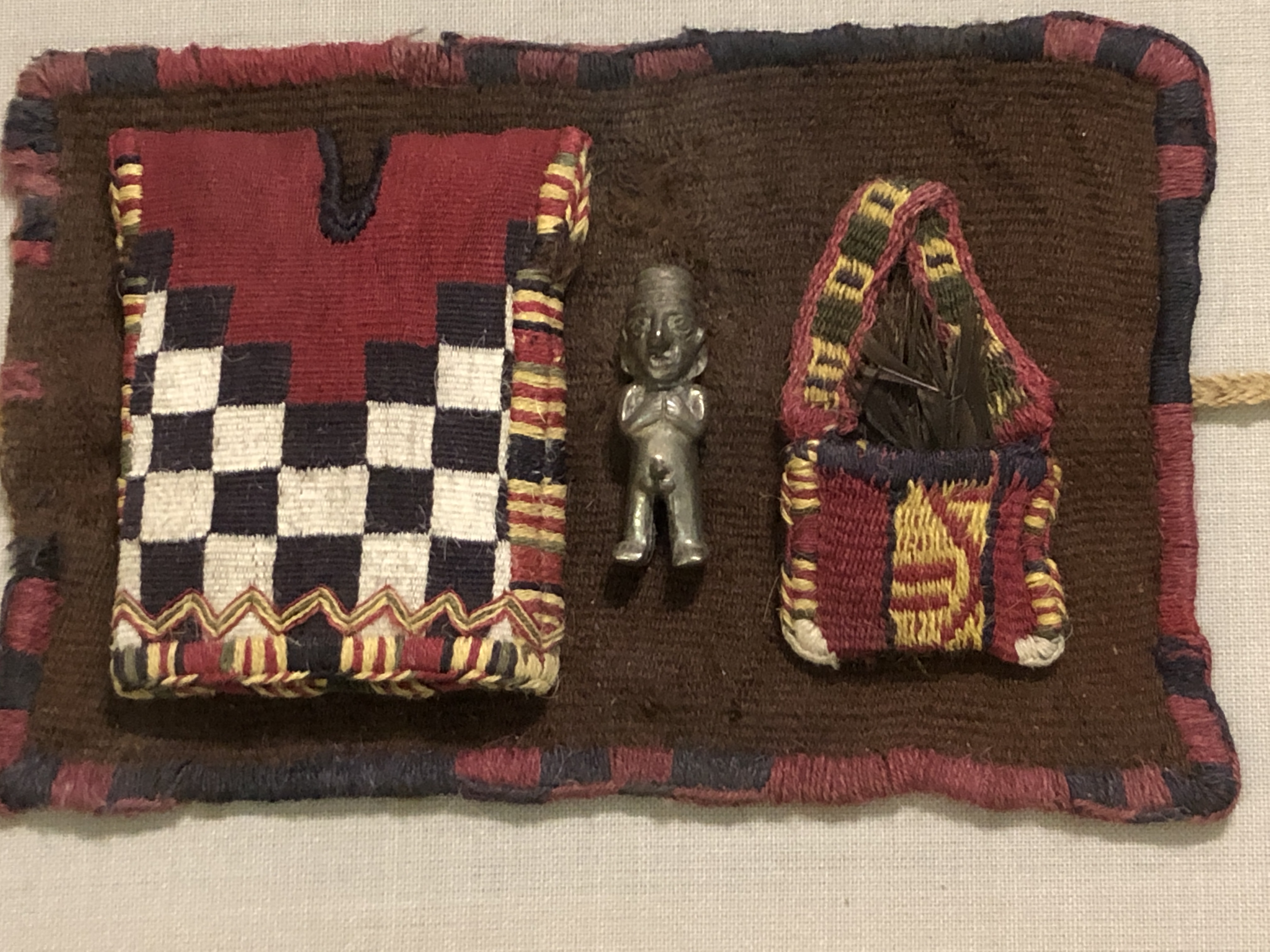 They also found a variety of footwear, showing progression and development as they became more effective and functional. From the rough leather footpad to the elaborately woven sandals.

These small spoons were used to dip the activator for the coca leaves (lye). 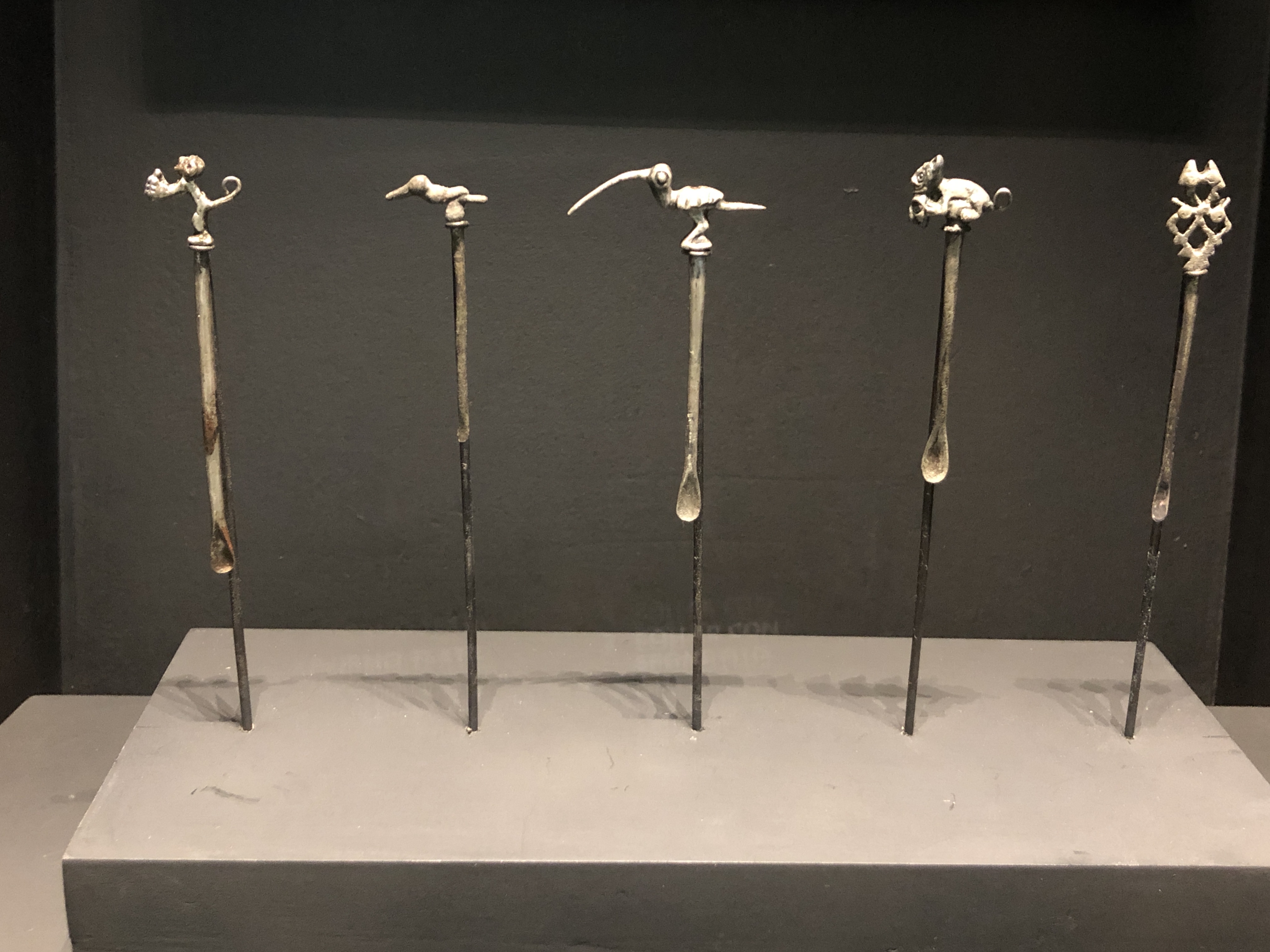 Each has a character on the top.   The incredibly well preserved shell necklace and feathered headdresses indicated that the people of this area engaged in trade with others that ranged from Ecuador (where those shells are from) and the Amazon (where those feathers are from).

They had also developed tools such as the hair comb and bone handled knife, with a blade made of bone.

The heads of the mummies demonstrated the practice of shaping the skull to represent royalty and nobility. The skulls of many of the mummies have holes in them, which were created after mummification so the body could be hung on display for respect and reminder of those passed. 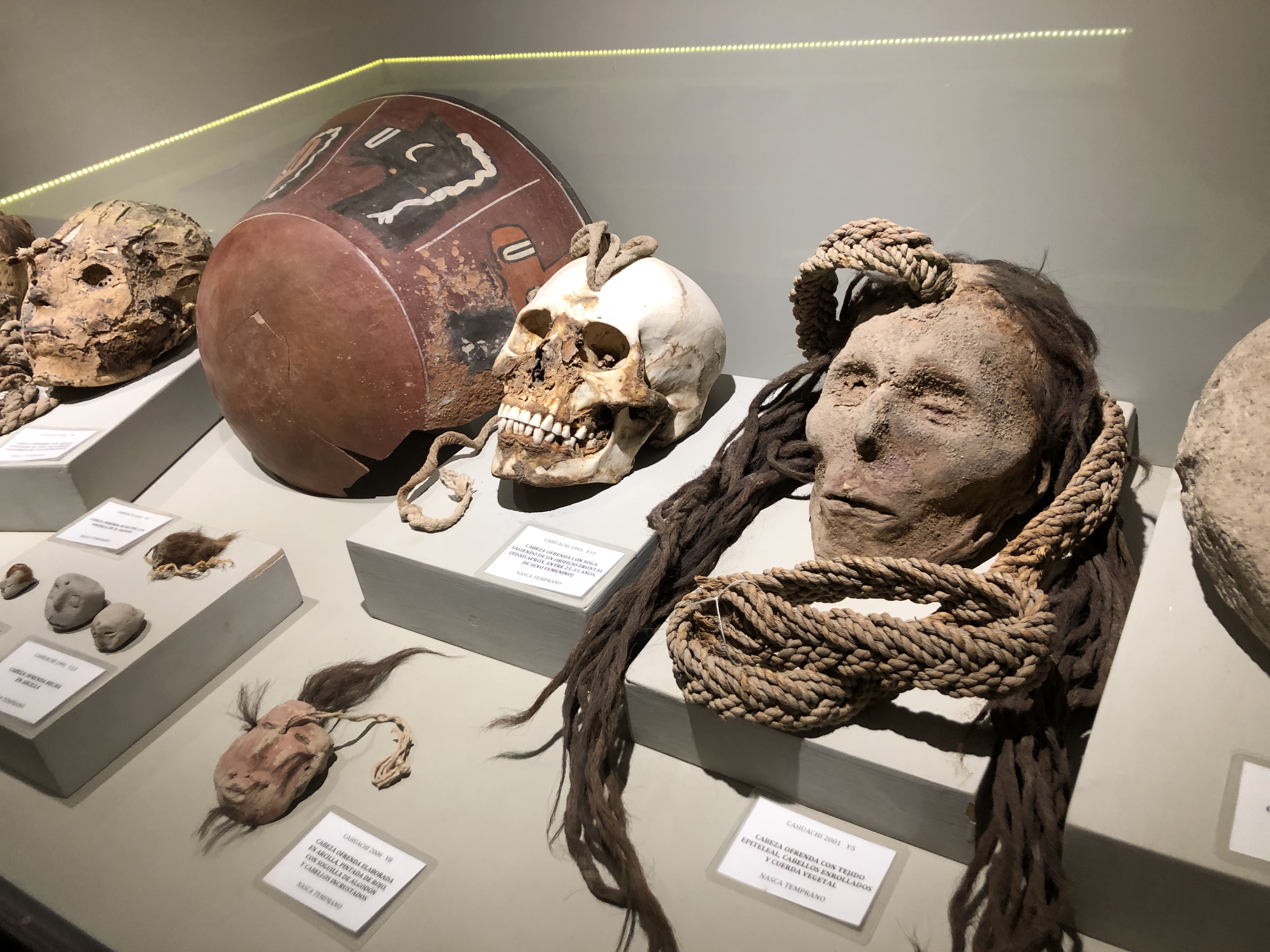 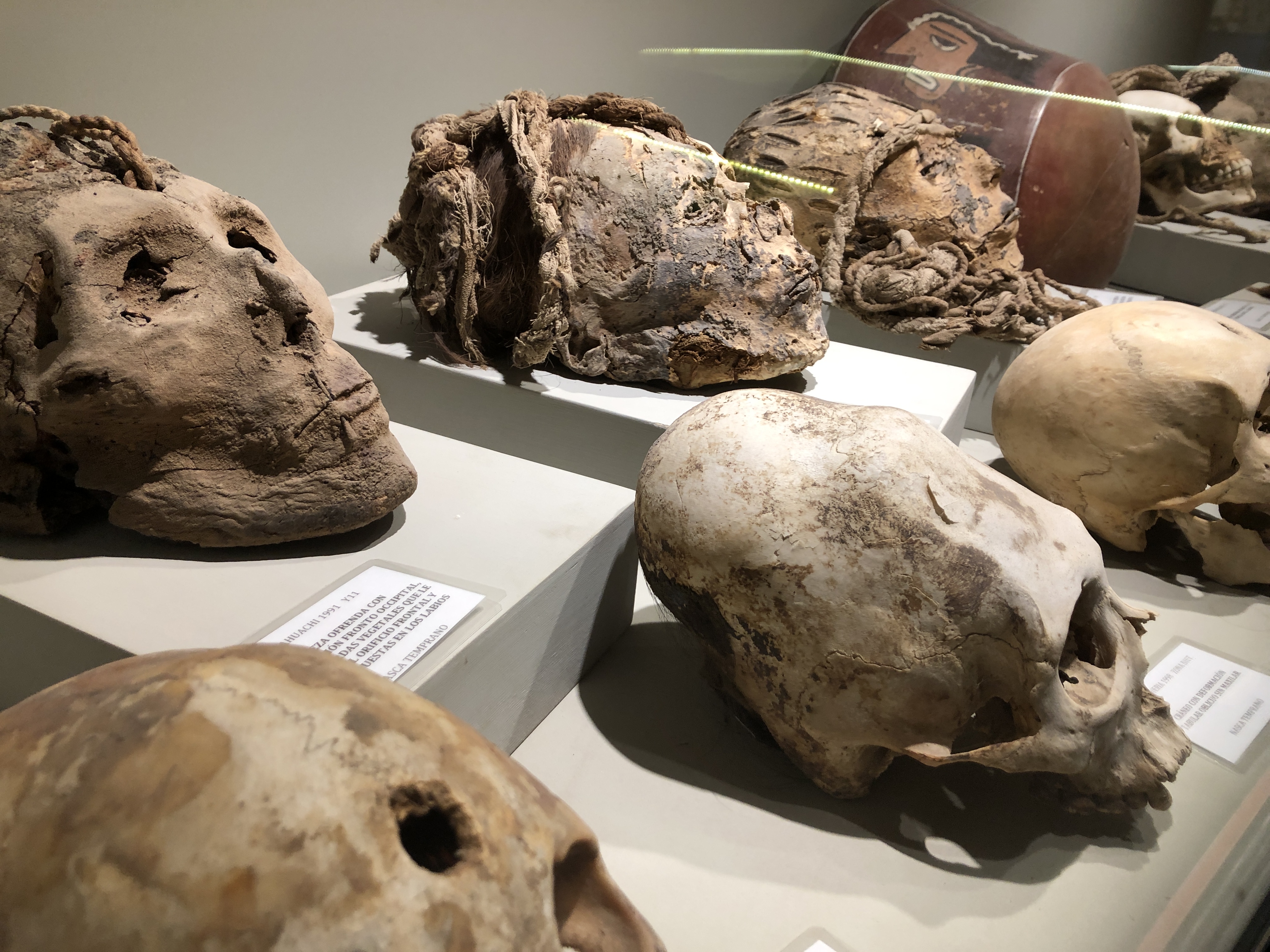 And they showed detail and care in their textile work which included this decorated belt and a wall hanging representing an ocean fish.

While mummies and skulls and shoes are great, one of the real highlights of the museum was in the back courtyard. There we found a large, scale-model of the Nasca lines. This layout allowed us to reflect on what we had seen from the lookout tower and from the airplane.   It helped us grasp the huge number of geometric figures that overlay and bisect the animal and human figures that are known as the Nasca Lines. It gave us yet another perspective on this great mystery.

But even after all these different ways of looking at the Nasca Lines, we were no clearer about the how or the why of this phenomenon. The Nasca Lines remain a mystery to us, but we are thrilled to have had this opportunity to explore them.

2 responses to “Peru- The Nasca Lines”