The coast of Peru is sandy… miles and miles of sand dunes with cities trying to maintain a hold on their claim to life. As we passed through these areas we had a wide variety of different experiences. 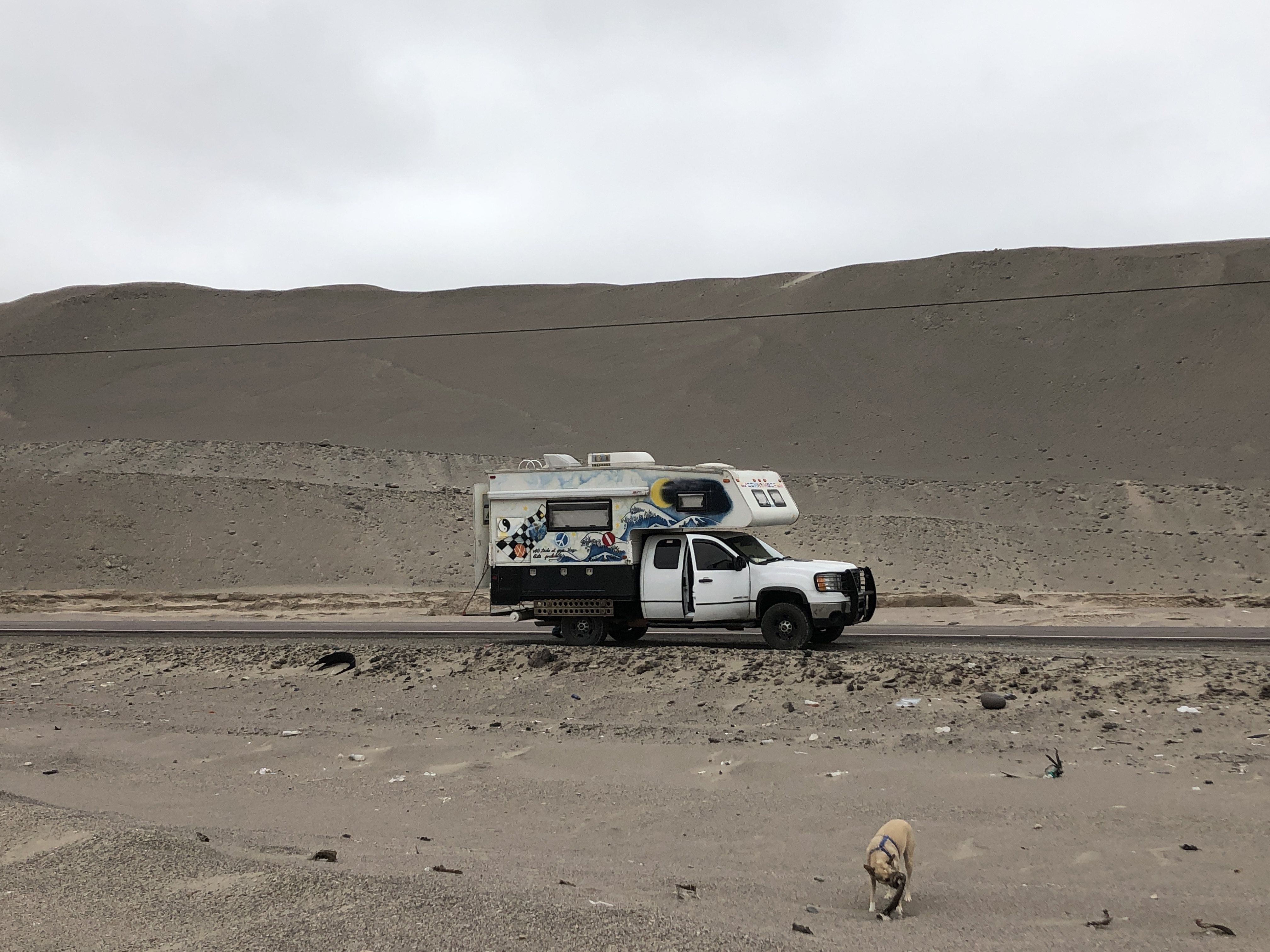 One of our most beautiful campsites was merely good fortune. We followed a hunch to a road that turned along the shoreline. We parked just below a large factory and settled in for the night. Shortly a guard approached and informed us that this was private and we would need to leave. We assured him that we had no intended no trouble and simply needed a place to park for the night. He must have felt bad about sending us off to the Pan-American Highway as darkness fell, because he let us stay. We enjoyed these beautiful views at our private campsite. 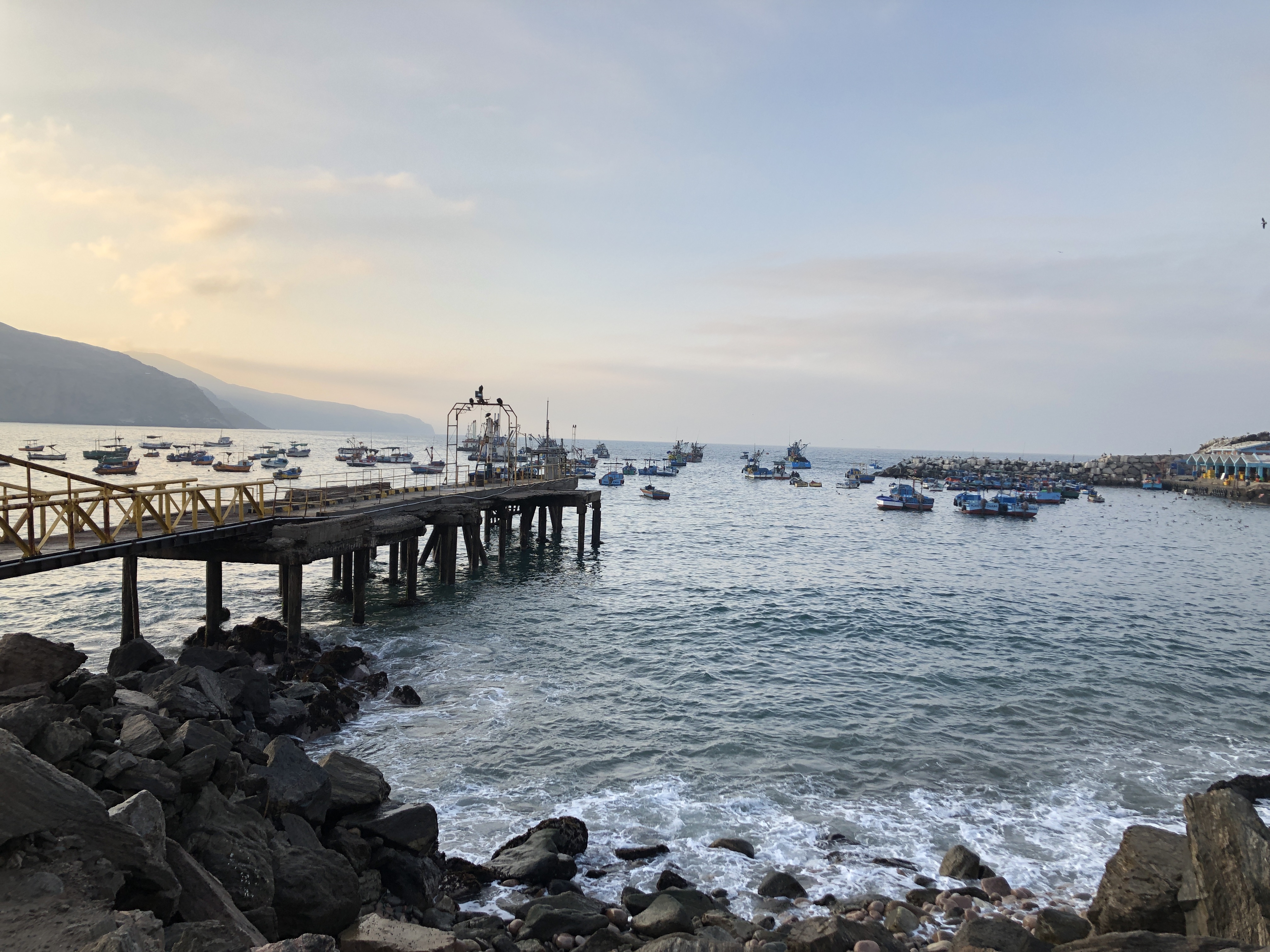 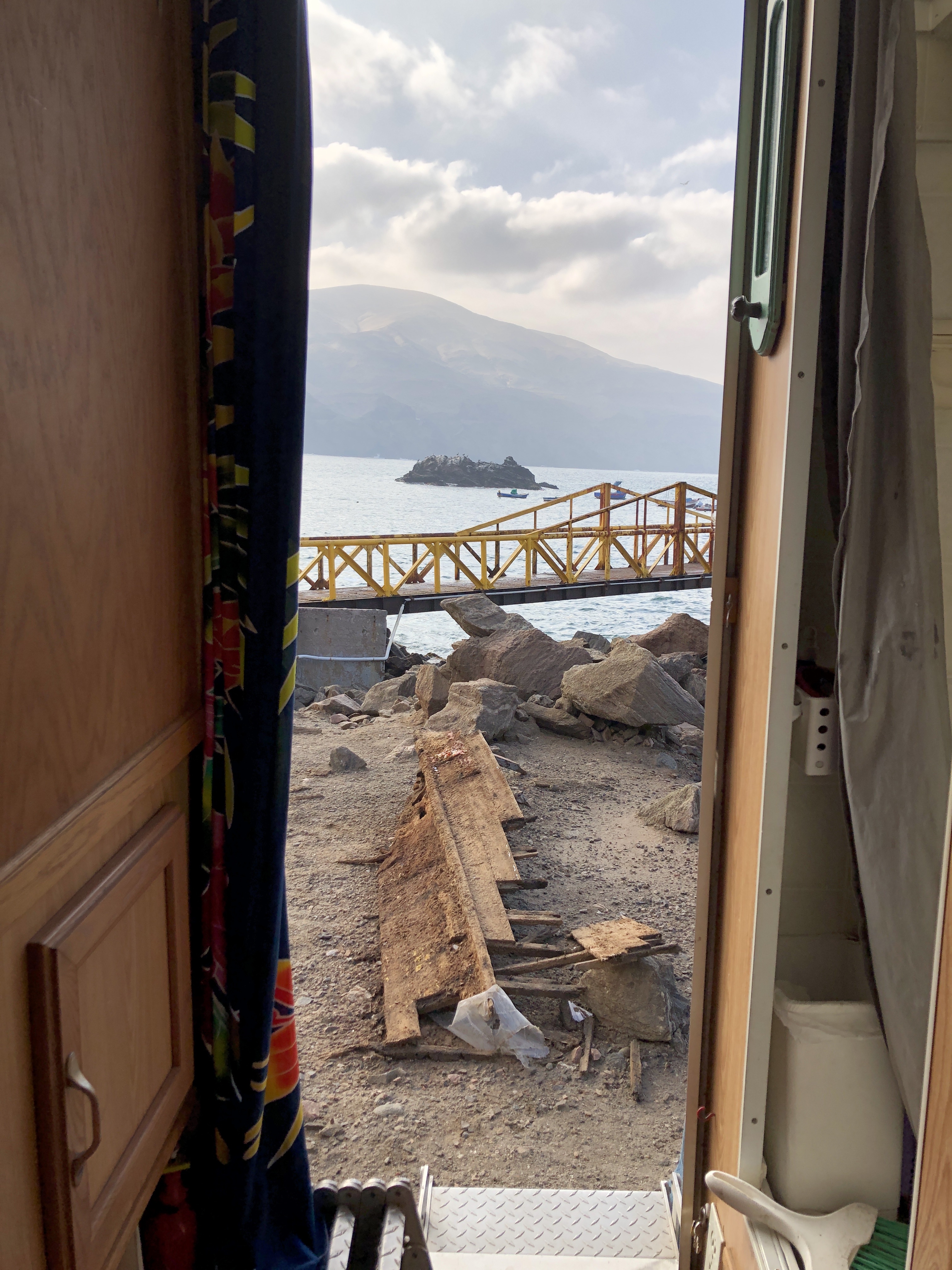 At one point we were stopped by a young, Peruvian police officer. He wanted to harass us for nutty violations, hoping we would lay a few bills in his rulebook. He started by pointing out that we did not have reflective tape along the sides of the truck. Mike showed him that his truck and many others did not have the tape. Then he noticed that our friend in the back seat was not wearing a seatbelt.   He said all passengers needed a seat belt. At that moment a small sedan containing well over 6 passengers rolled by.   No one was belted. I pointed it out to him and made it clear that no bribe was forthcoming. He became frustrated and returned to his vehicle and waved us on. 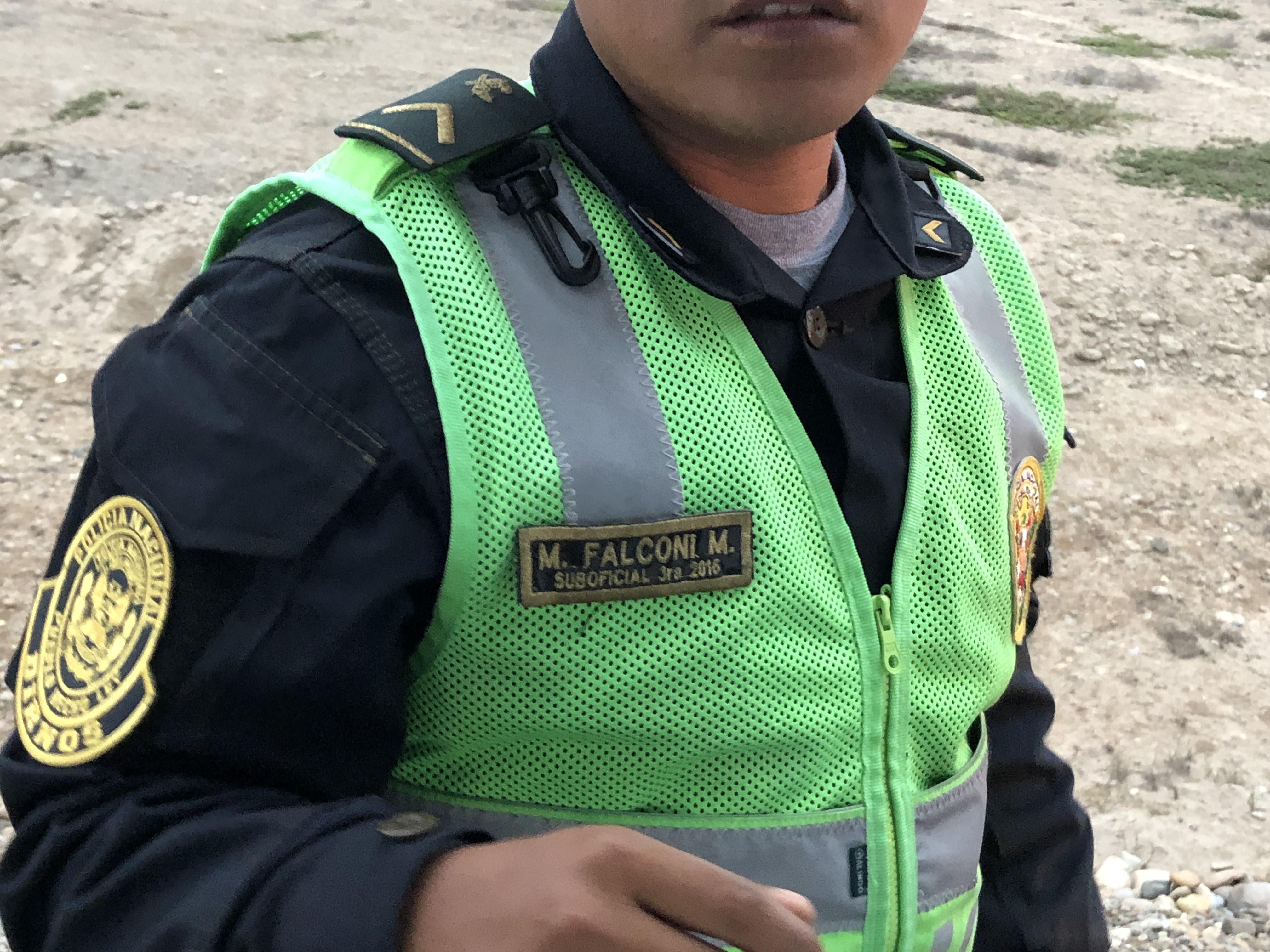 At another sandy stop, we camped along the beach. Pacha and Nica enjoyed long runs in the sand. We watched the waves pound on the narrow passage between the shore and a nearby island. 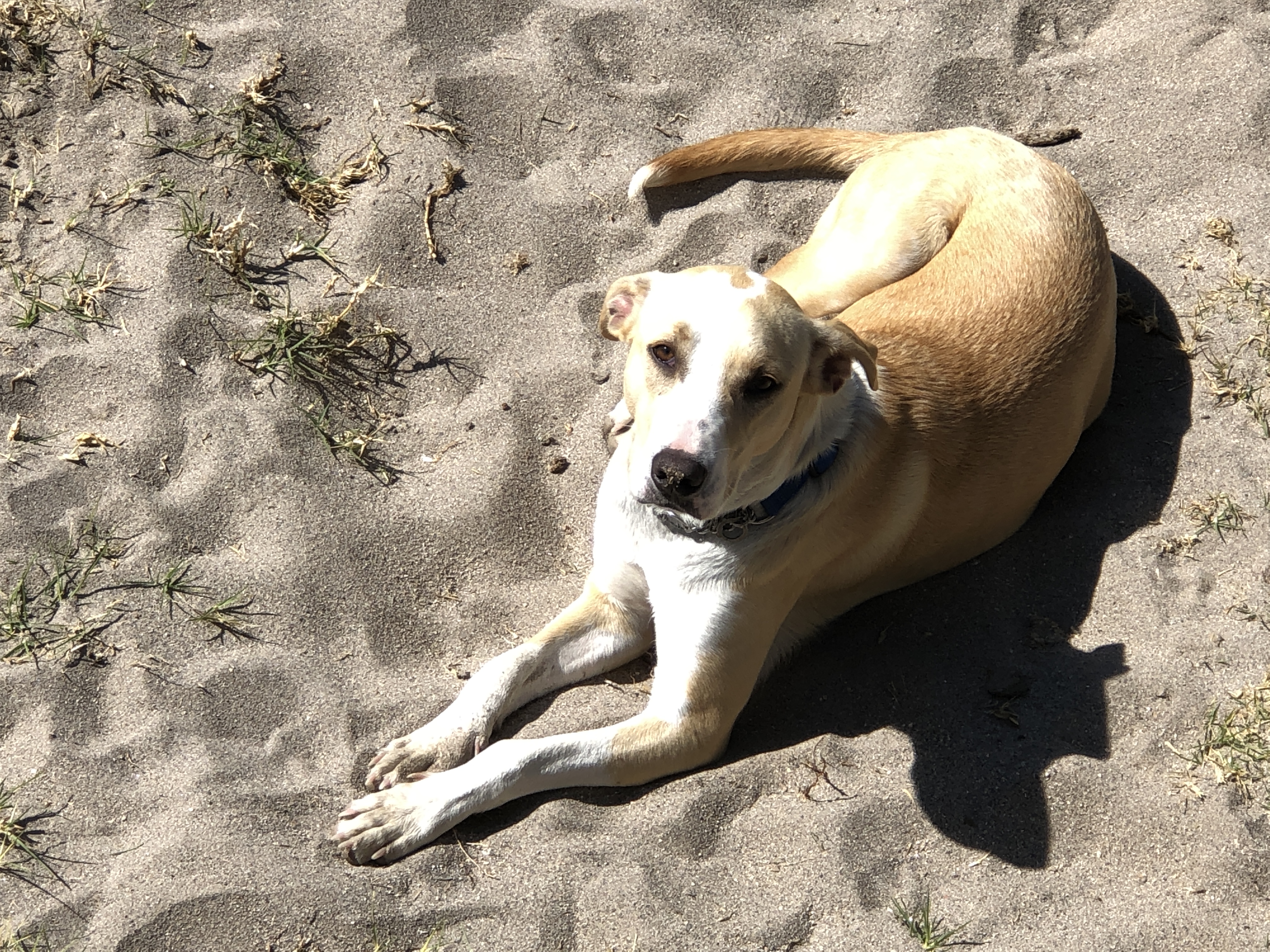 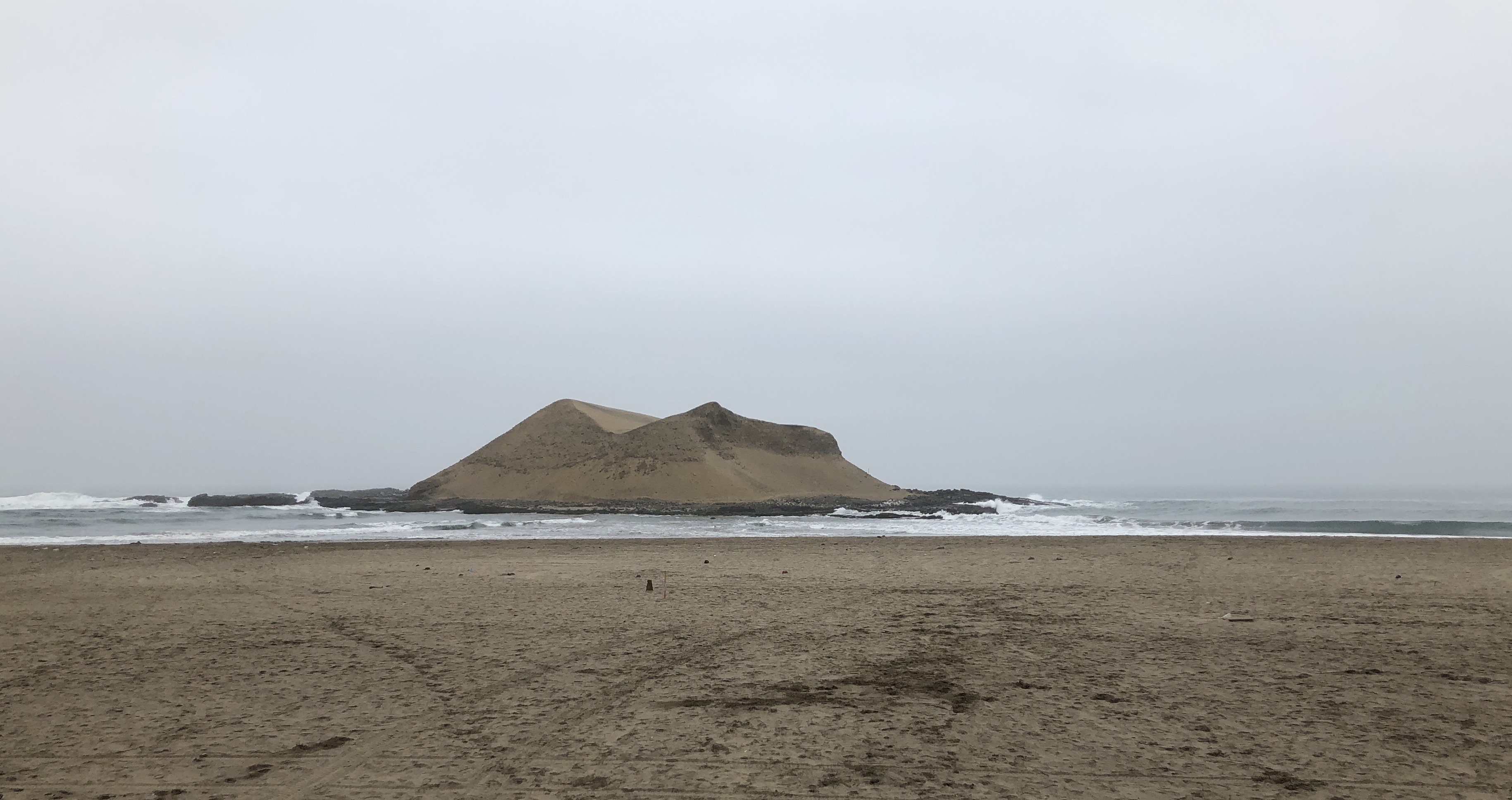 We watched fisherman wade across that passage, to fish off the island. 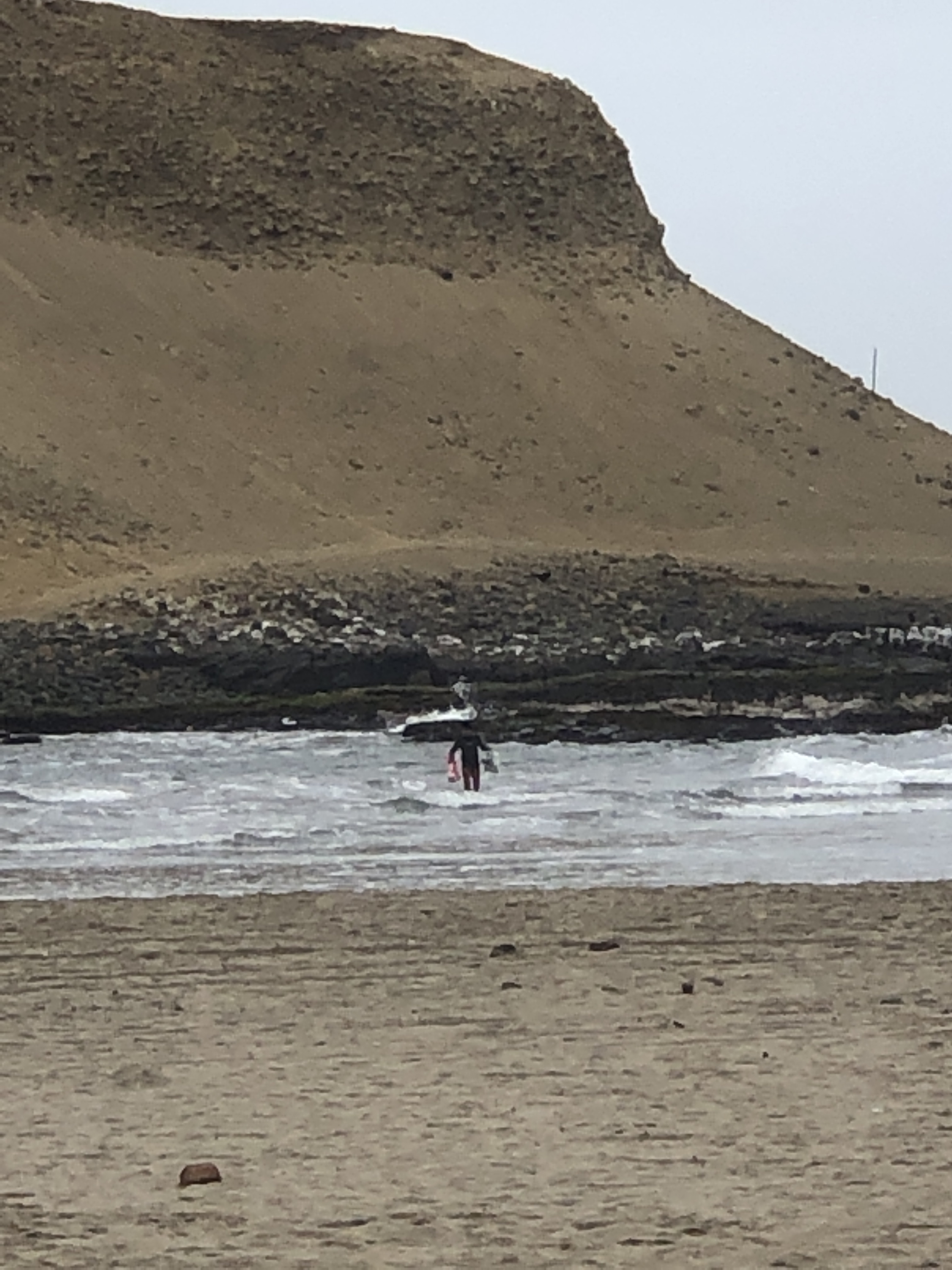 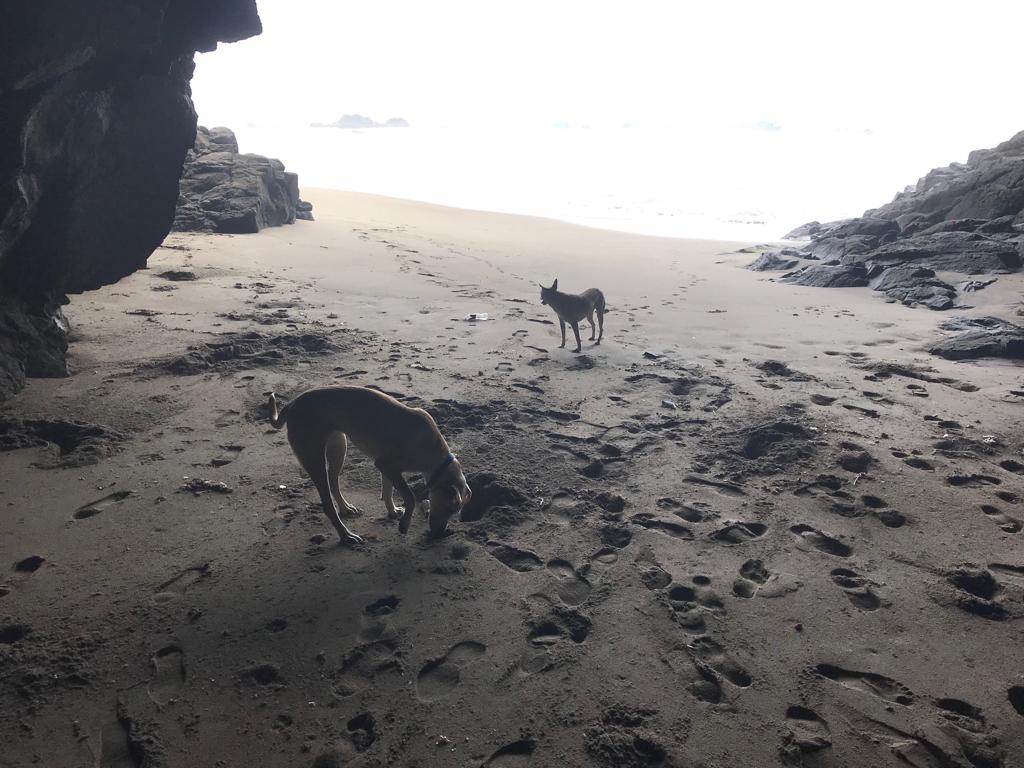 But not all experiences in the sand were so relaxing. We had an unfortunate incident outside the town of Paracas. We were entering town after dark (first mistake) and took a wrong turn on a dirt road (second mistake). As soon as we completed the turn the truck sunk to the axles in sand. 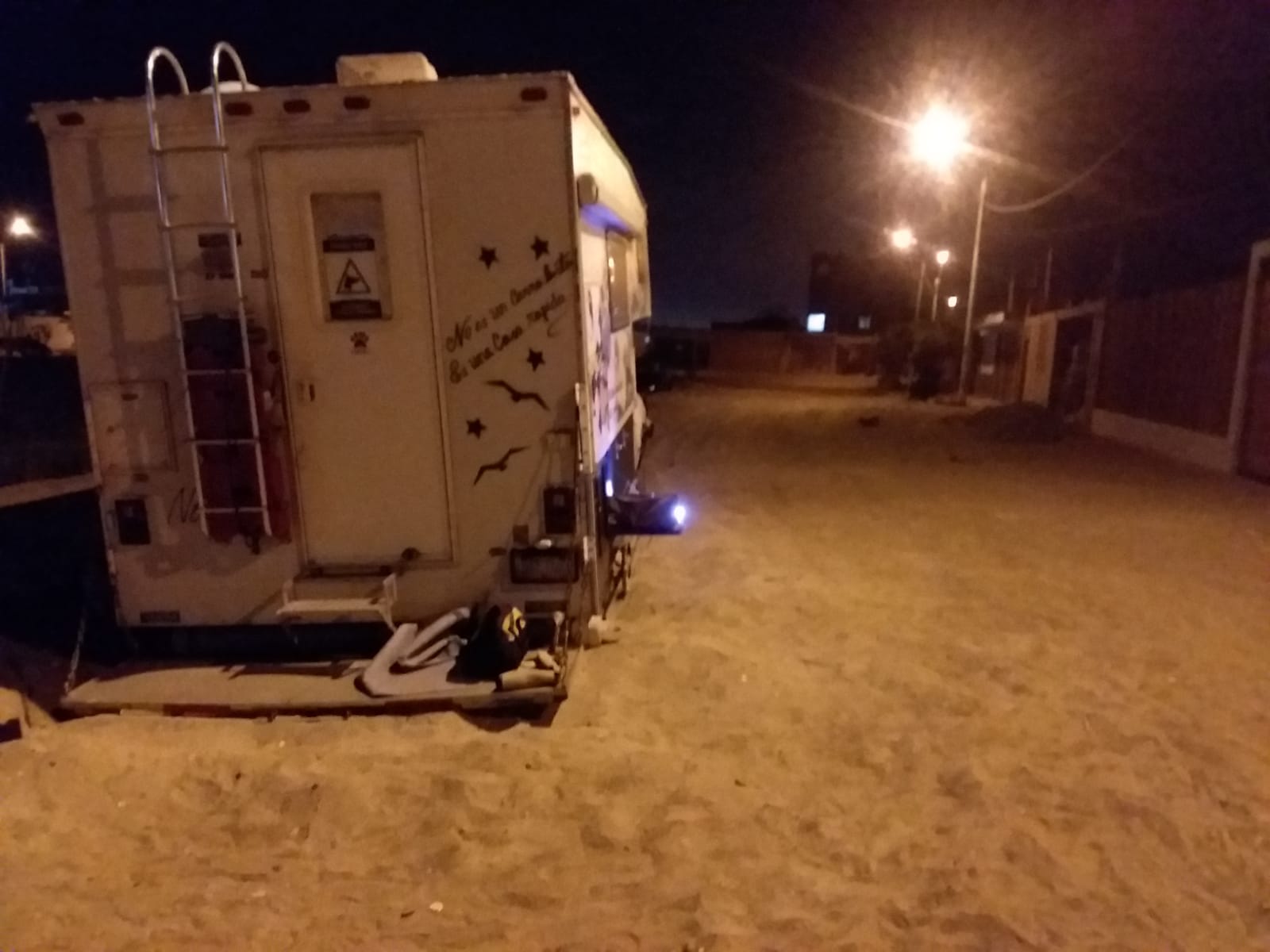 We climbed out to discover that the city crew had been working on the pipes under the dirt street. They had backfilled the area with sand, and we drove right into it! We started digging, and rocking the truck but it was quickly apparent that we were not going to get out easily. 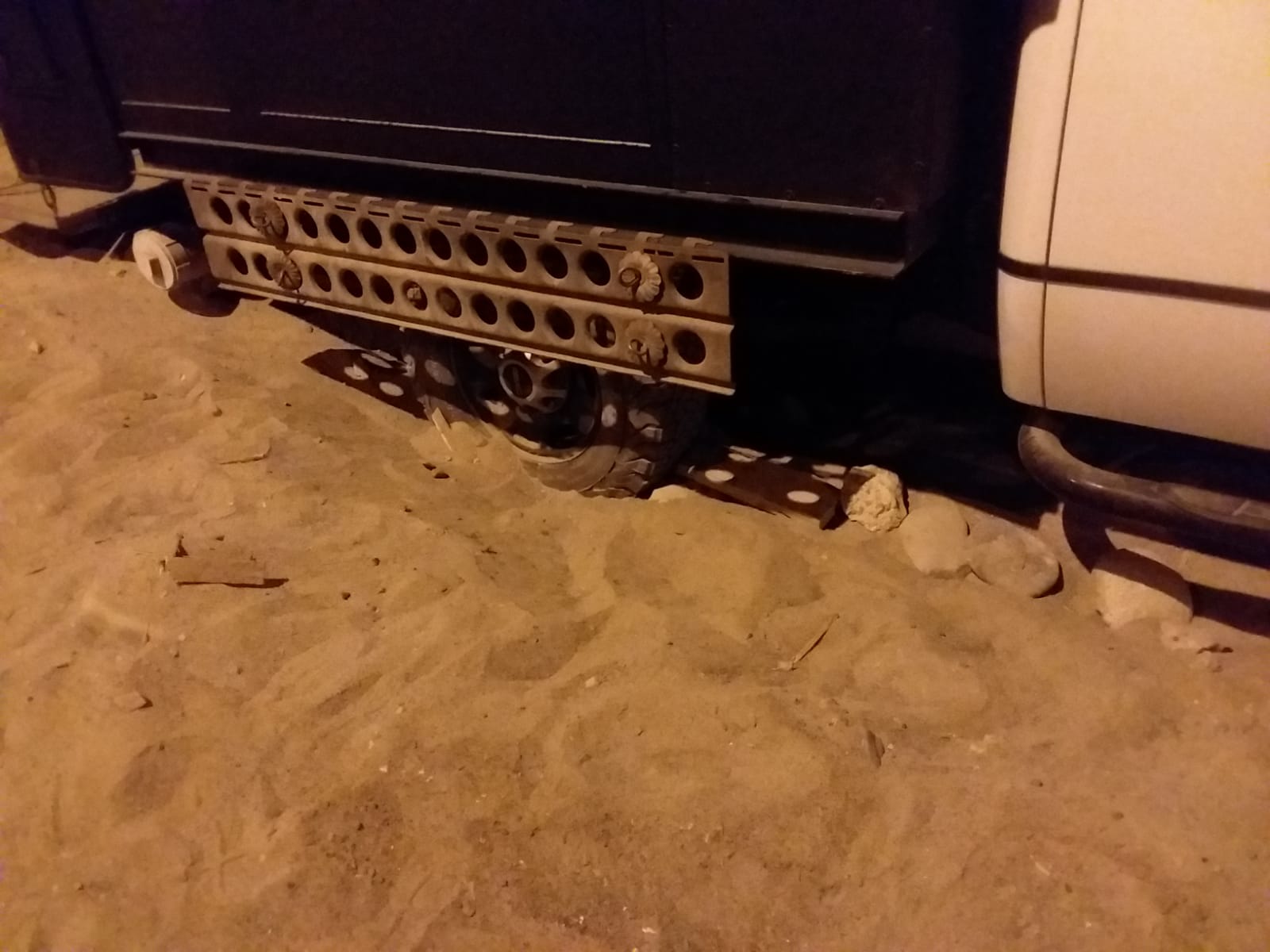 A few locals came by with more shovels, then some boards. Eventually it took some energetic young men, a few hydraulic jacks placed under the axles and a tractor. 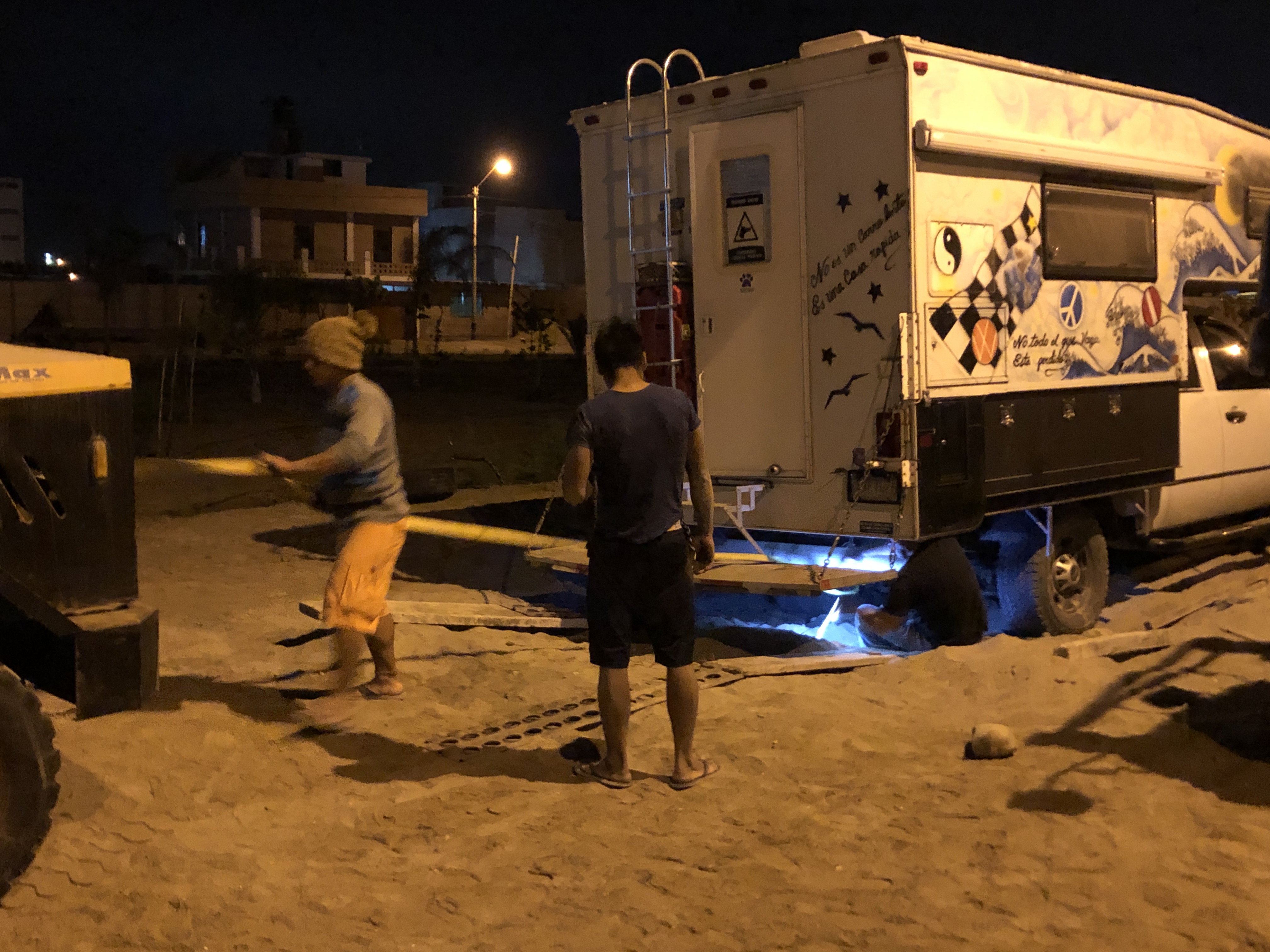 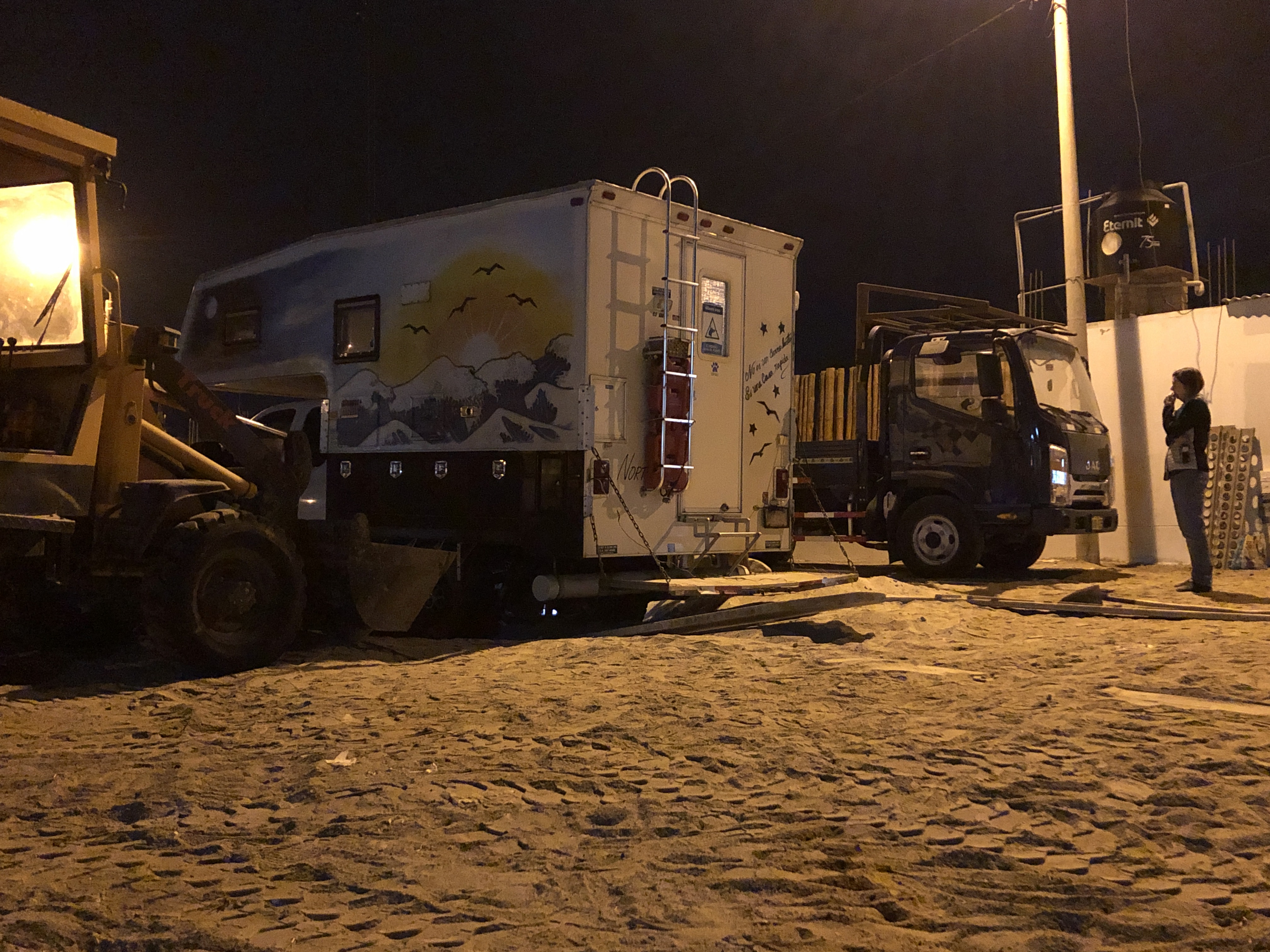 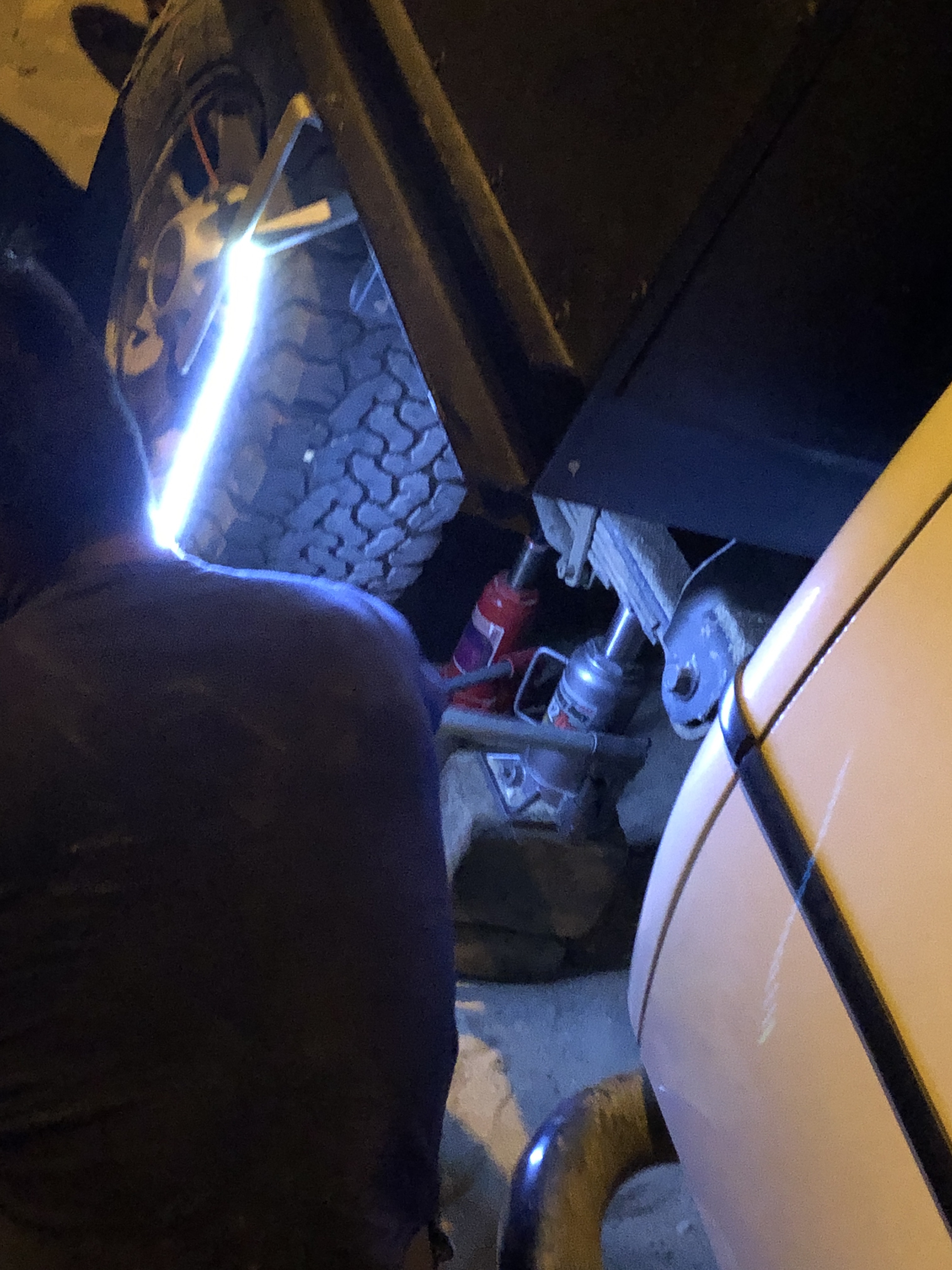 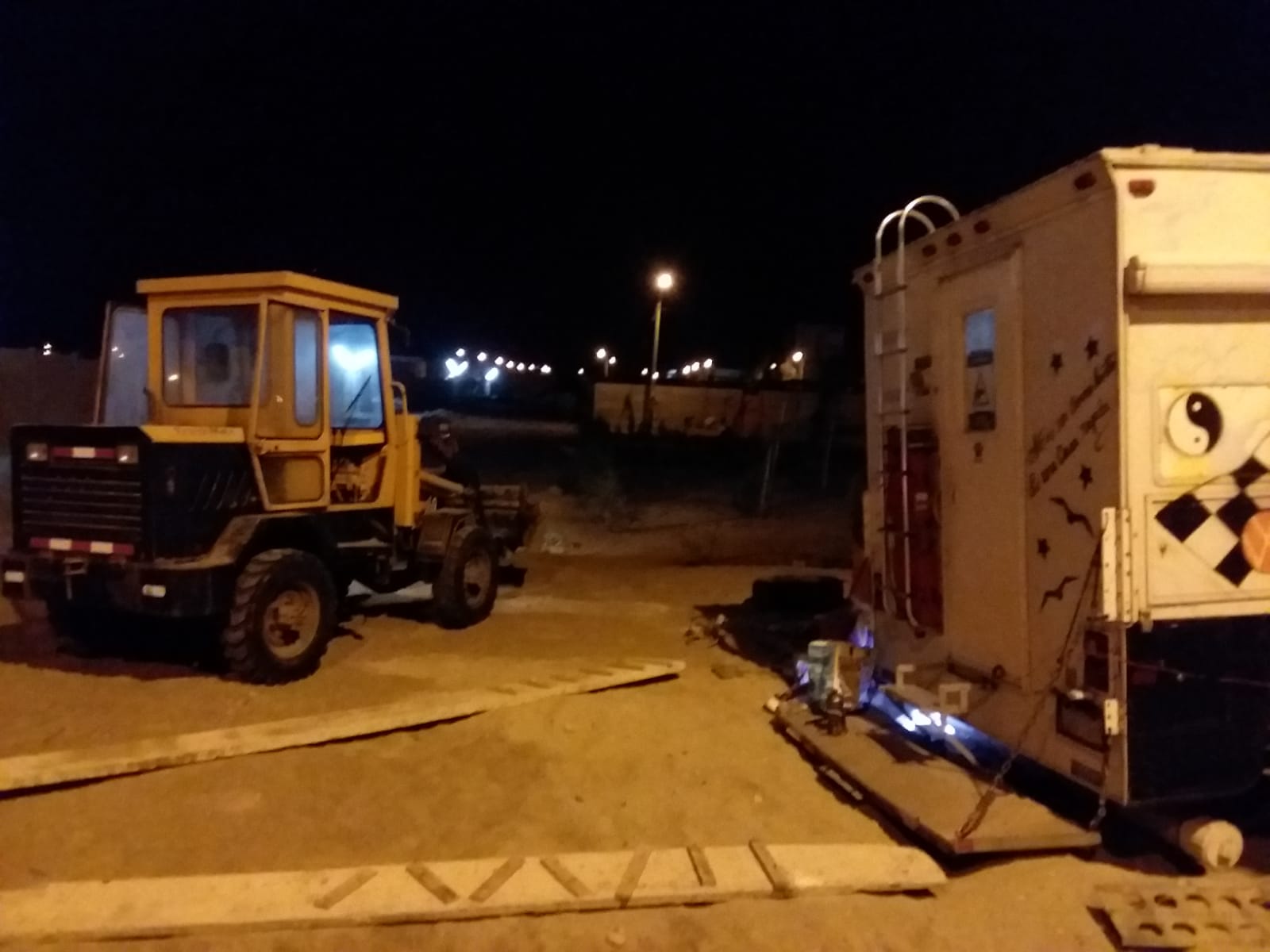 We spent about 4 hours of time and about $25 dollars cash plus a bunch of sodas and beer on the adventure. Before we drove away, we placed a row of large rocks to indicate that the area is currently soft sand!

Some of our driving through the sand dunes of Peru showed us the beauty hidden within the grittiness. We spotted this gorgeous bird-of-prey perched on top of a tall, dry cactus in a sandy riverbed. 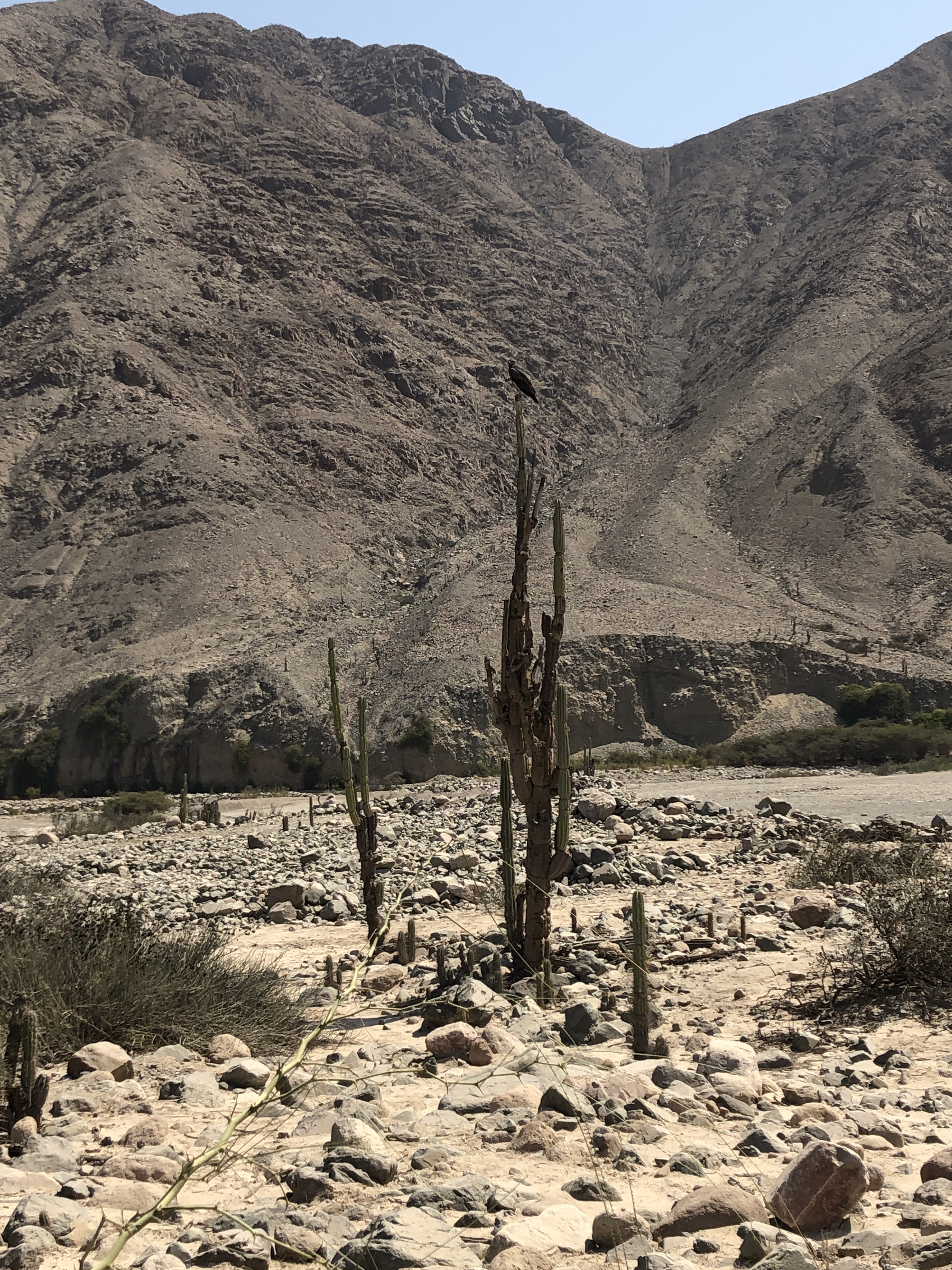 We visited the Pachacamac Ruins (this is near where Pacha was found by her rescuer) You can read about adopting Pacha in a new browser window, just click here. These sprawling ruins are right on the edge of a very busy city. The contrast between modern and ancient is striking.  And they are separated by just a rope.

Even in the sandy, bustling cities, there is work to be done. This large, old truck is made even more massive by its huge load of sugar cane. 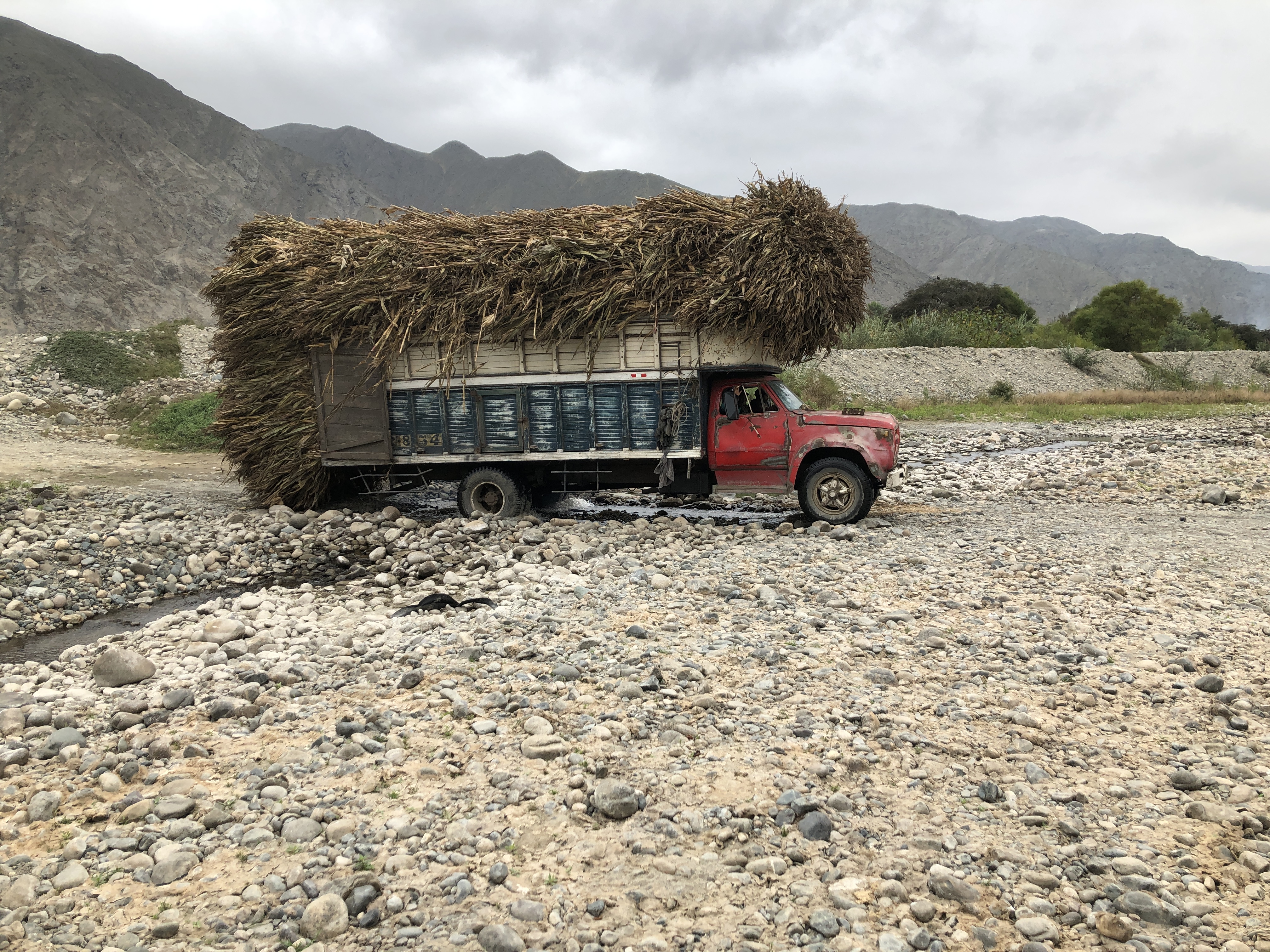 And the local trash truck is blasting the music you hear in this video. It alerts people to get their trash out to the curb for pick up.  Click here to watch in a new window.  https://youtu.be/UpudGyn7MeE

We found a few good campsites in the sand dunes along this route. These were quiet and desolate. 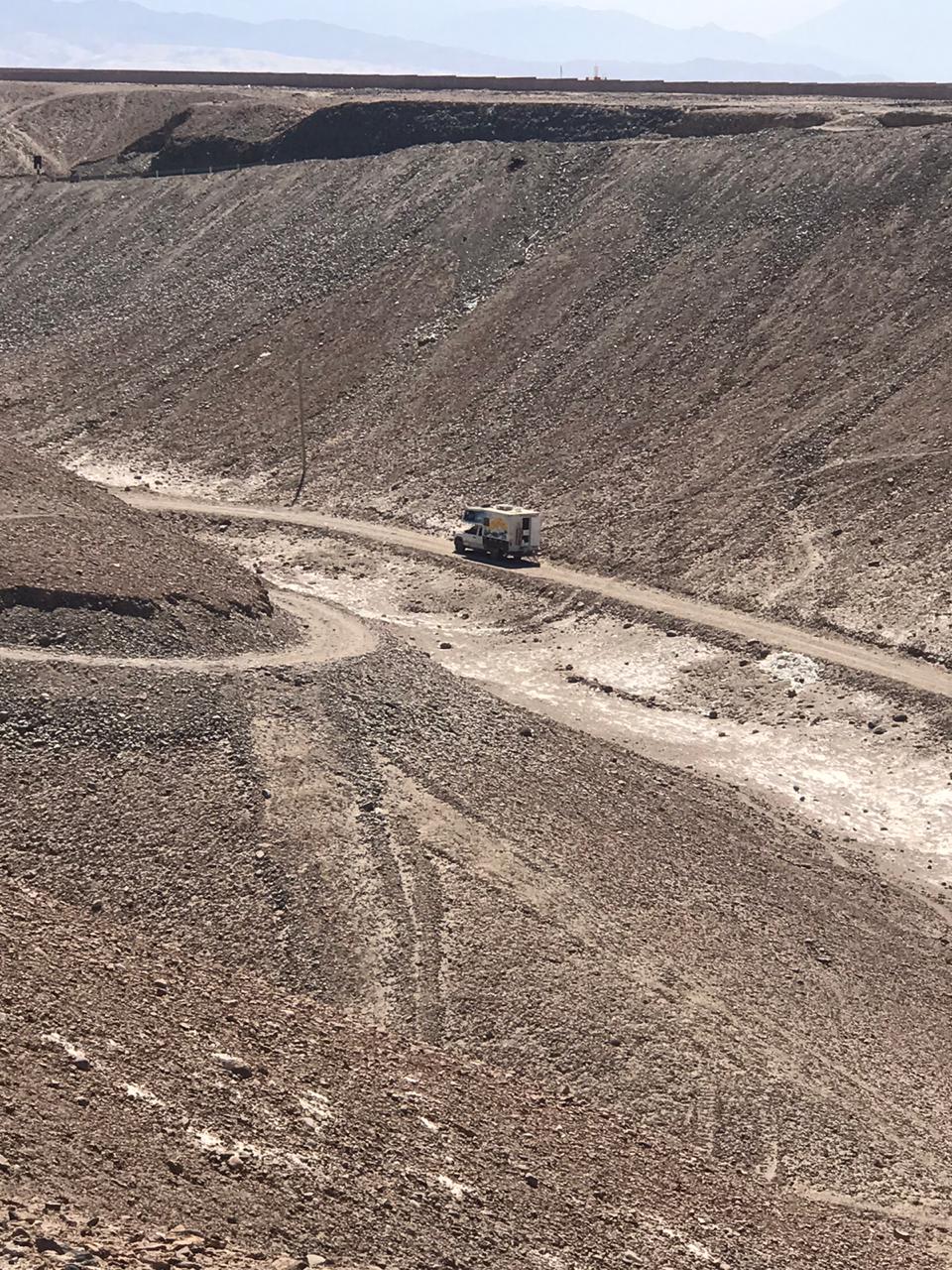 The size of the dunes left the truck looking miniature.  But the wide-open spaces are great for letting the dogs stretch their legs.

And then like an oasis in the sand, we visited the Tacama Vineyard. This old hacienda has been producing wine and pisco for several generations. 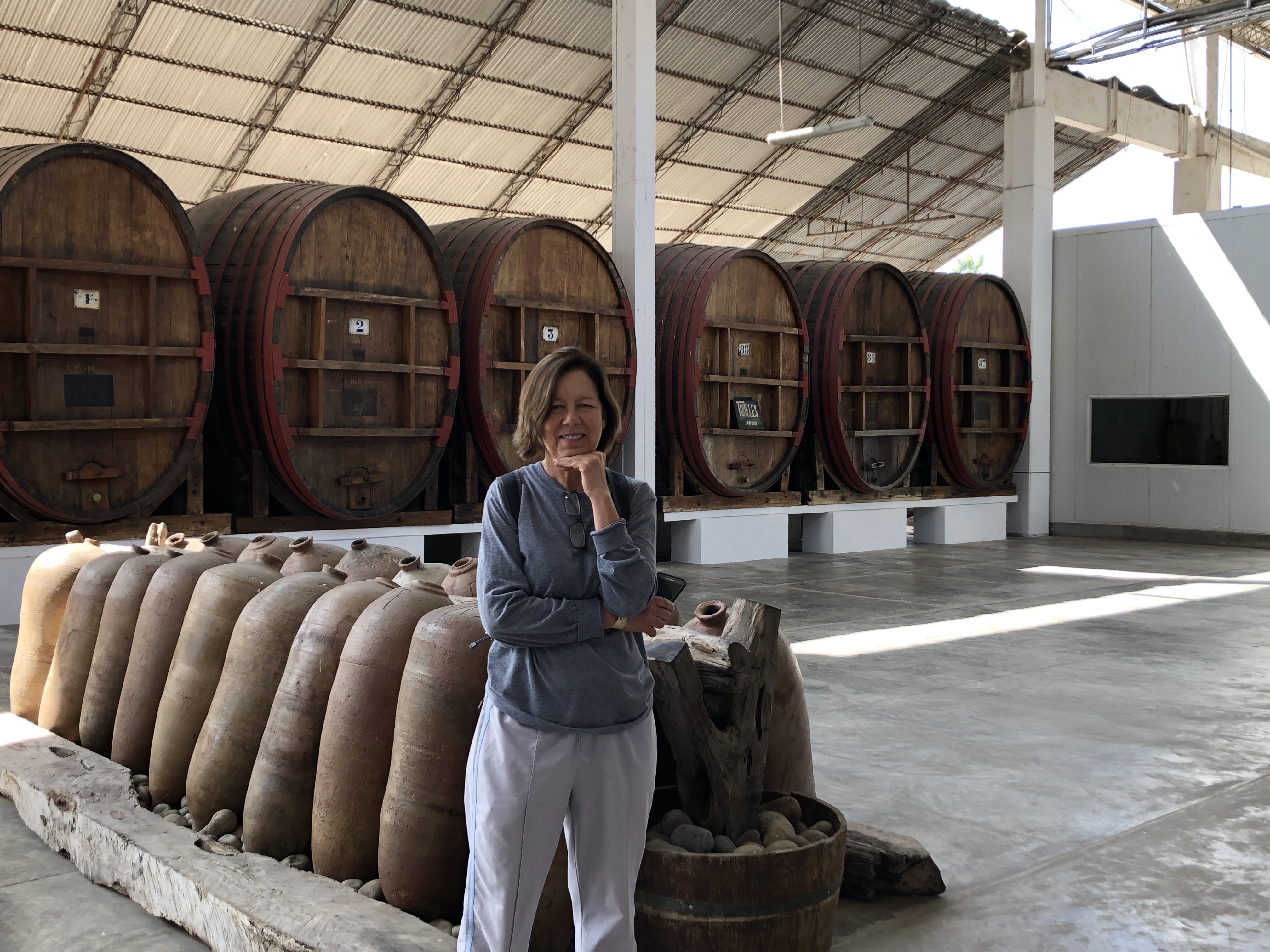 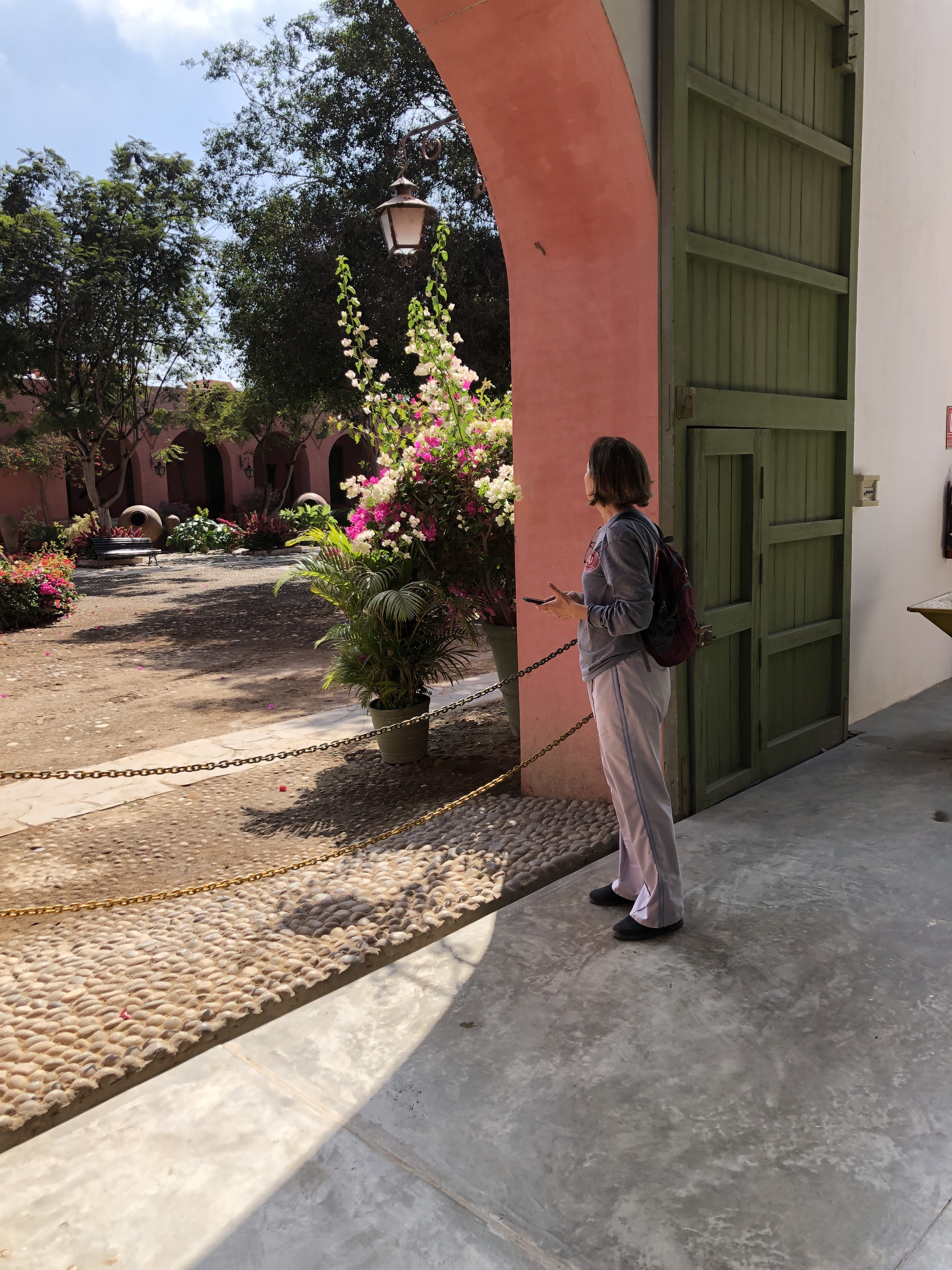 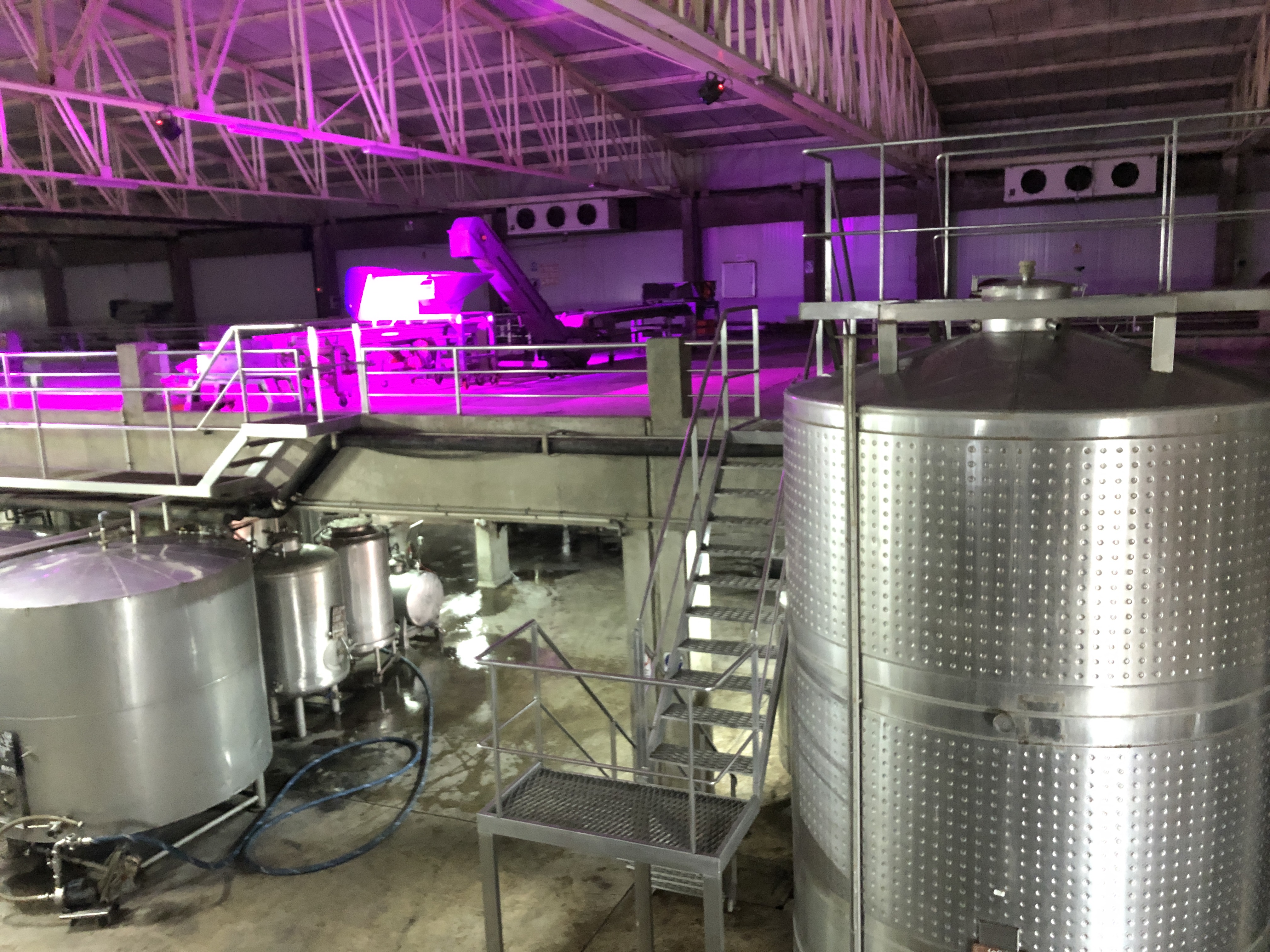 We enjoyed a tour of the facility and then sat for a sampling of the products.  Peru is recognized for producing fine pisco.  We found it to be very strong! 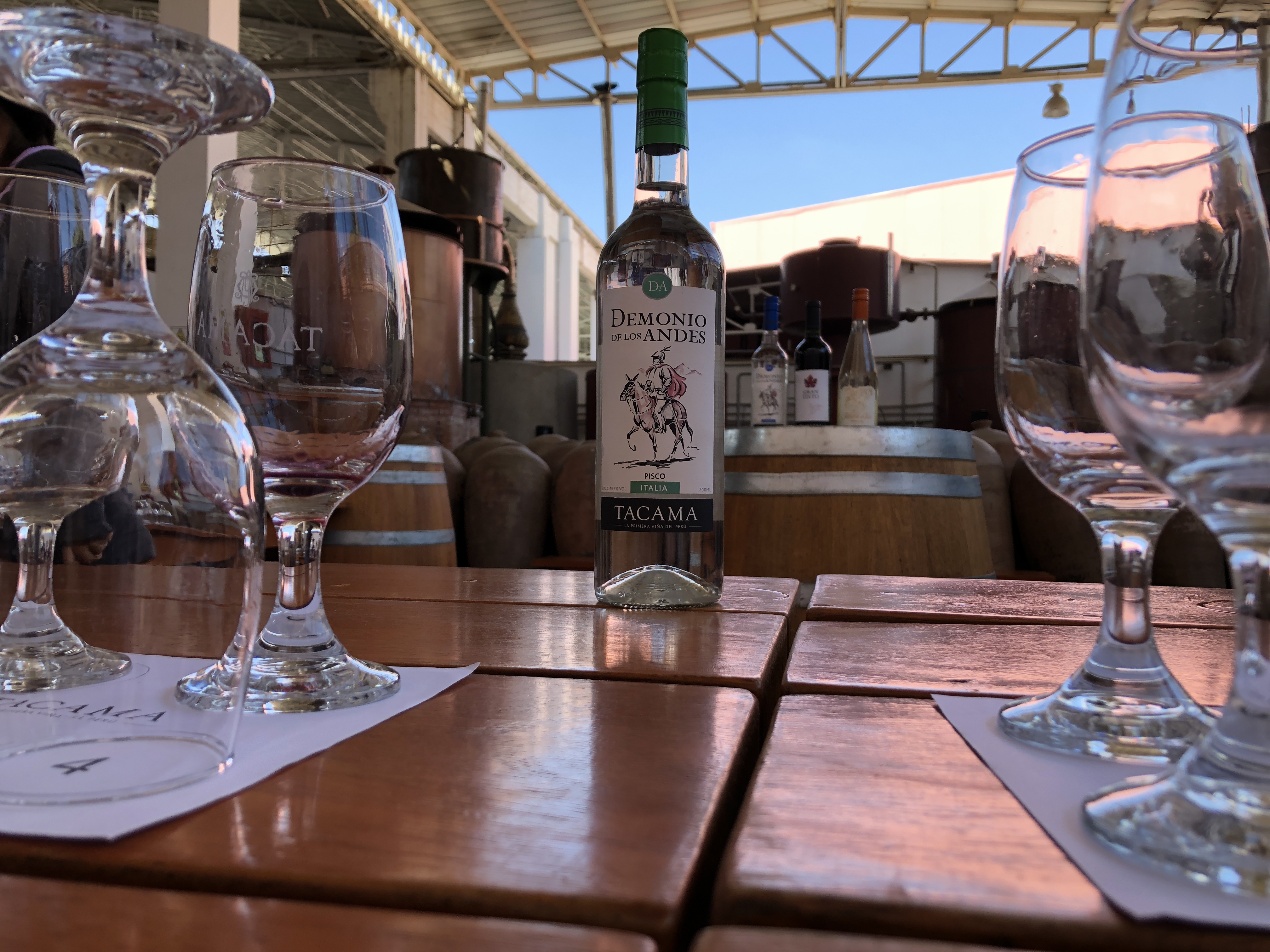 And our time in the sand included an opportunity to help someone else, too. We came upon a mining company truck that had become stuck in the sand. He was at a precarious angle on the side of a large dune. After about 30 minutes of effort and careful planning, we were able to tow him safely down to the highway. 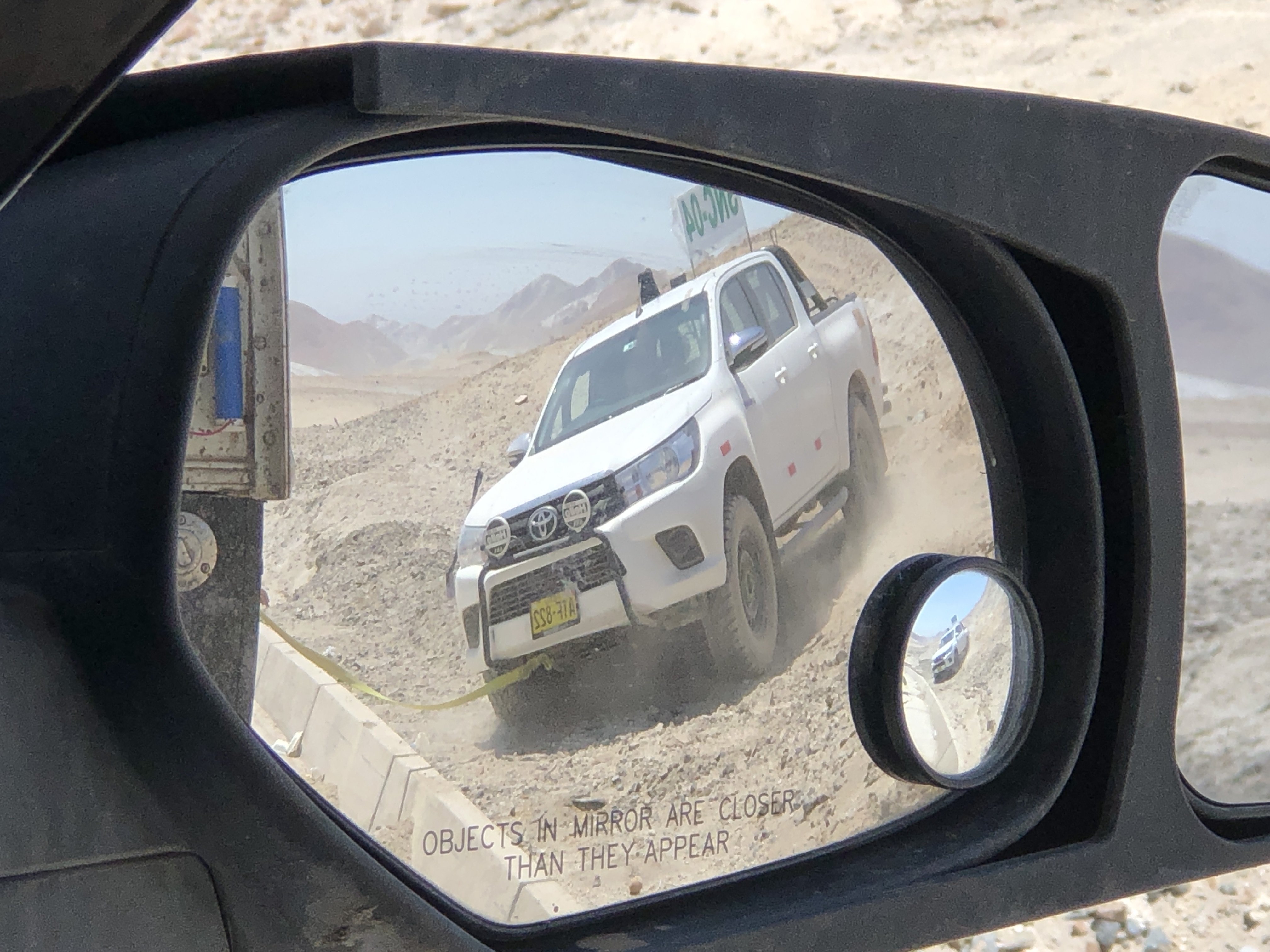 Peru has so many different landscapes. Keep watching as we share more of what we found with you.