Have you read many books about the Inca?  Do you recall the history that is widely shared?  Well, as you review this post, keep in mind that much of what we are seeing and sharing with you, occurred BEFORE the Inca Empire.  The Inca have a strong history in our minds, because they are the group that the Spanish encountered when they came here.  So most written history begins from that time period, and the subsequent defeat of the Incas by the Spaniards.  But there were many, many groups of people settling, traveling and fighting throughout South America prior to the Inca Empire.  This has been fascinating for us to learn and understand.

The defeat of the Inca Empire took place officially in the city of Cajamarca.  The Spanish captured their leader and jailed him here.  They promised his freedom for a room full of gold and silver.  The Inca people delivered the gold and silver and filled the room to the specified line.

But the Spanish took the riches, and killed Atahualpa, which began the fall of the Inca Empire.  While it is hardly a complete history, you can read a quick summary of the trickery and capture of Atahualpa here.  (clicking here will open a new browser window) There are also some terrific books on this topic if you are interested.

We enjoyed the city and found many beautiful old areas to explore.  From the narrow and hilly alleys to the old chapels with statues to the teens canoodling on the park bench, we walked it.  And we were surprised at how much we enjoyed this city. 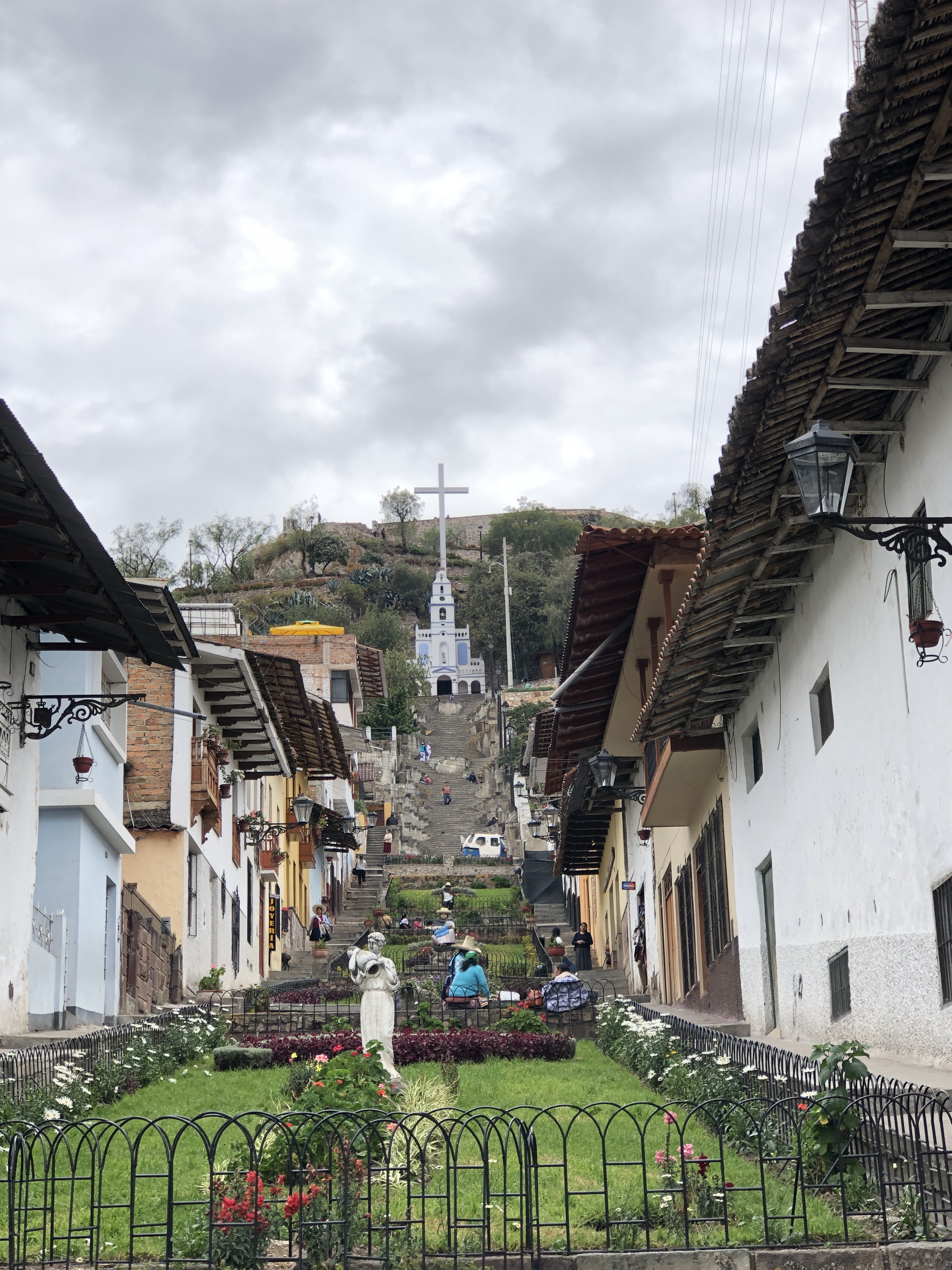 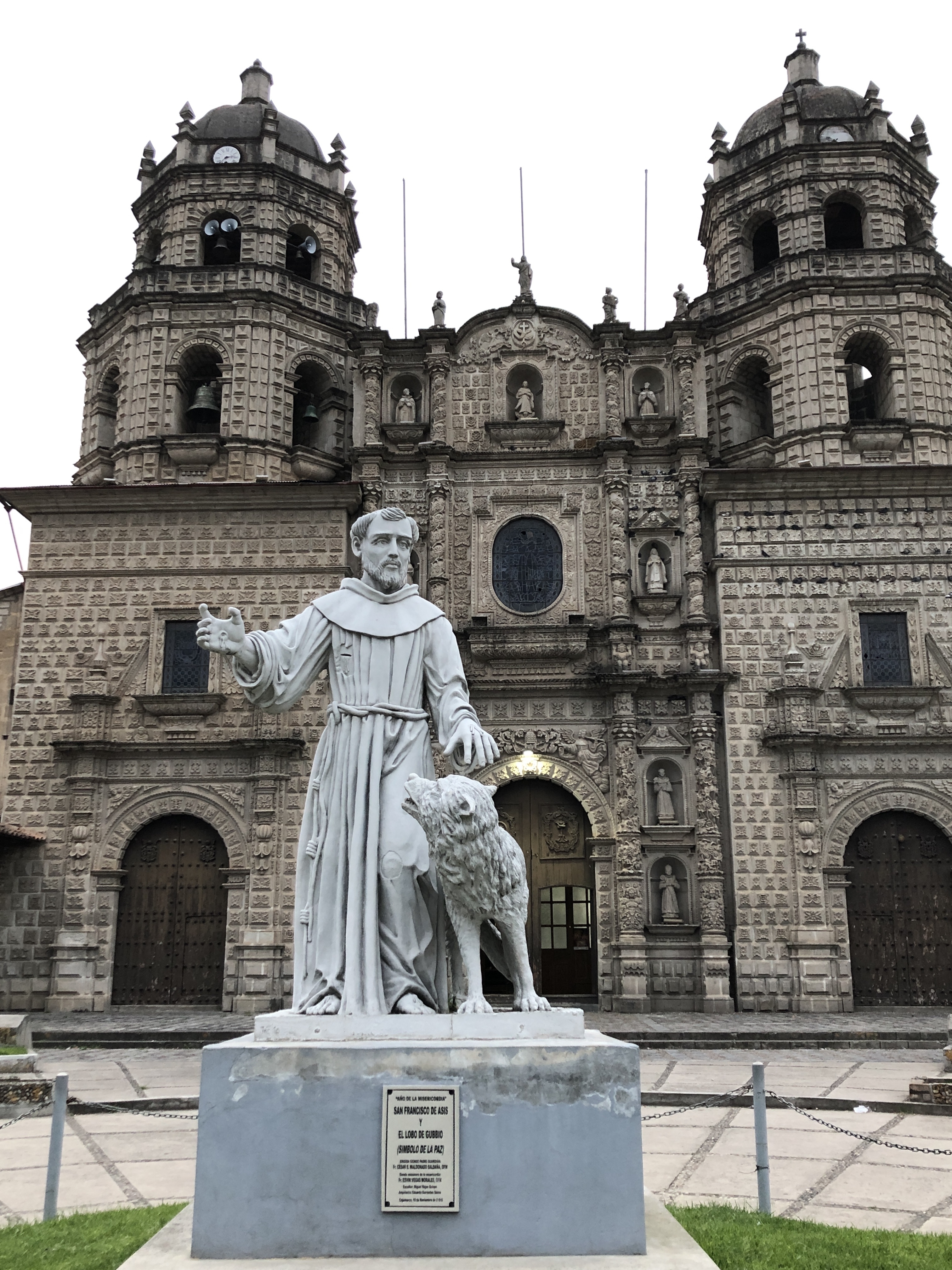 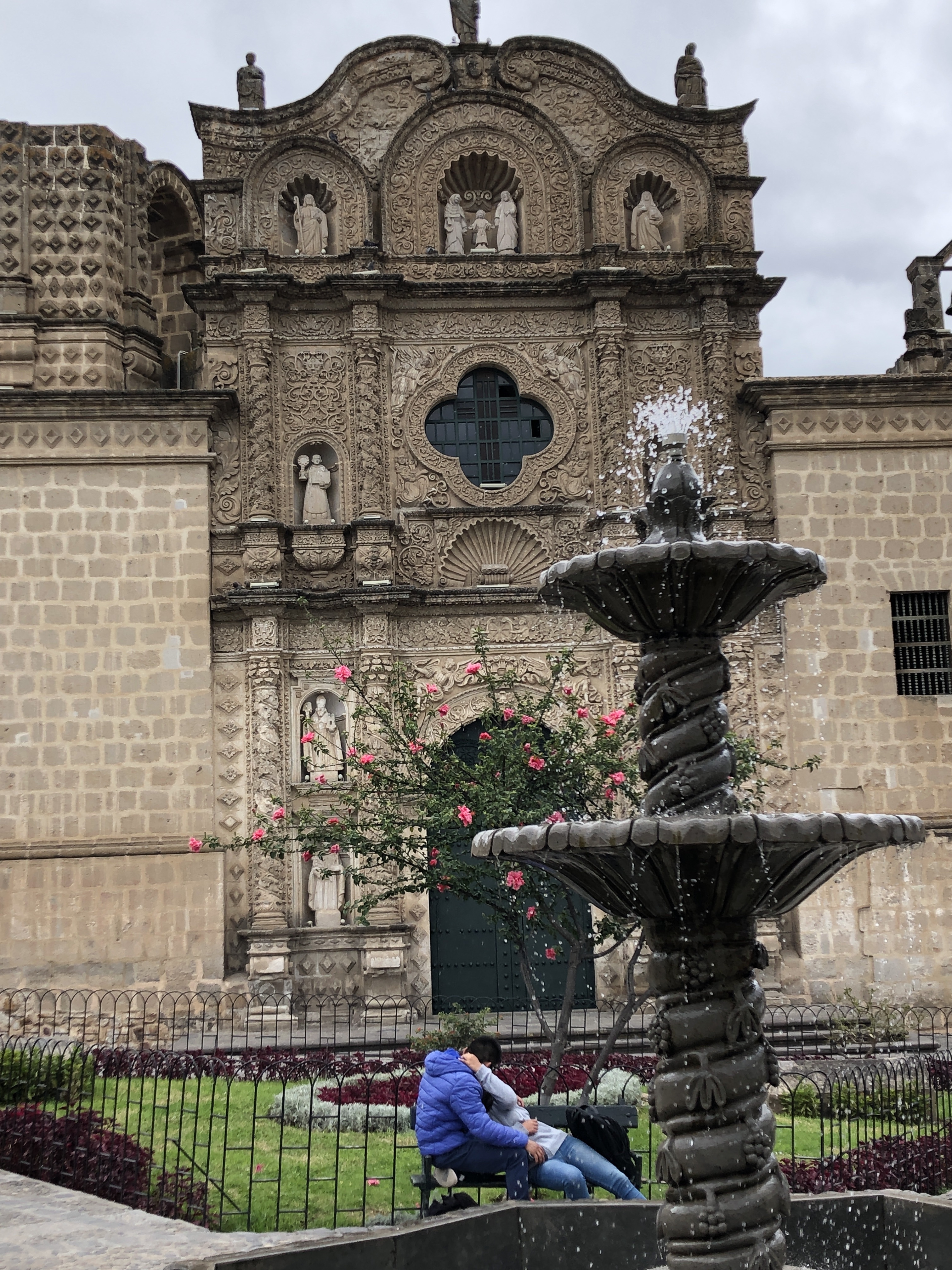 And there in Cajamarca we became even more familiar with the excessive use of horns in Peru. 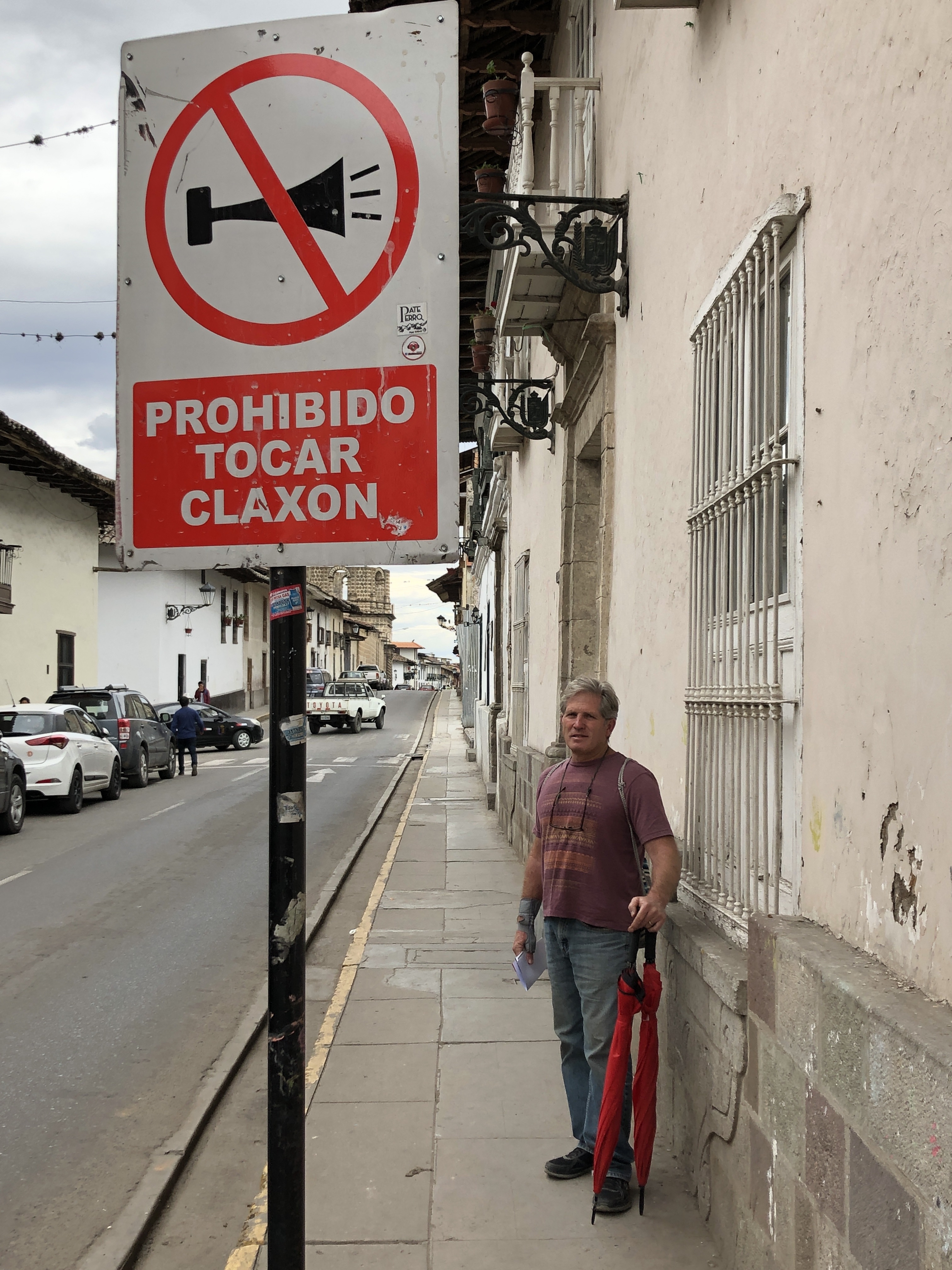 Peruvians are quite passionate about using their horns (claxons) in nearly every situation.  And with streets crowded with mototaxis, cars, buses and large trucks, there is a always a cacophony of horns.

We were shocked to experience the highways of Northern Peru.  There were many exciting driving experiences to share with you.  This video clip shows one section of low hanging rocks.  See if you duck your head, as we did.  By the way, the camper cleared it just fine.

And in these little videos, you can see how narrow some of the passes were.  The dirt highway was cut through the huge, rocky cliffs.  But only wide enough for one vehicle to pass.  We were very fortunate to only meet a few oncoming cars along this route.

The reward for keeping our nerves calm along these crazy roads, was the views off the edges of the road.  The valley below was gorgeous! 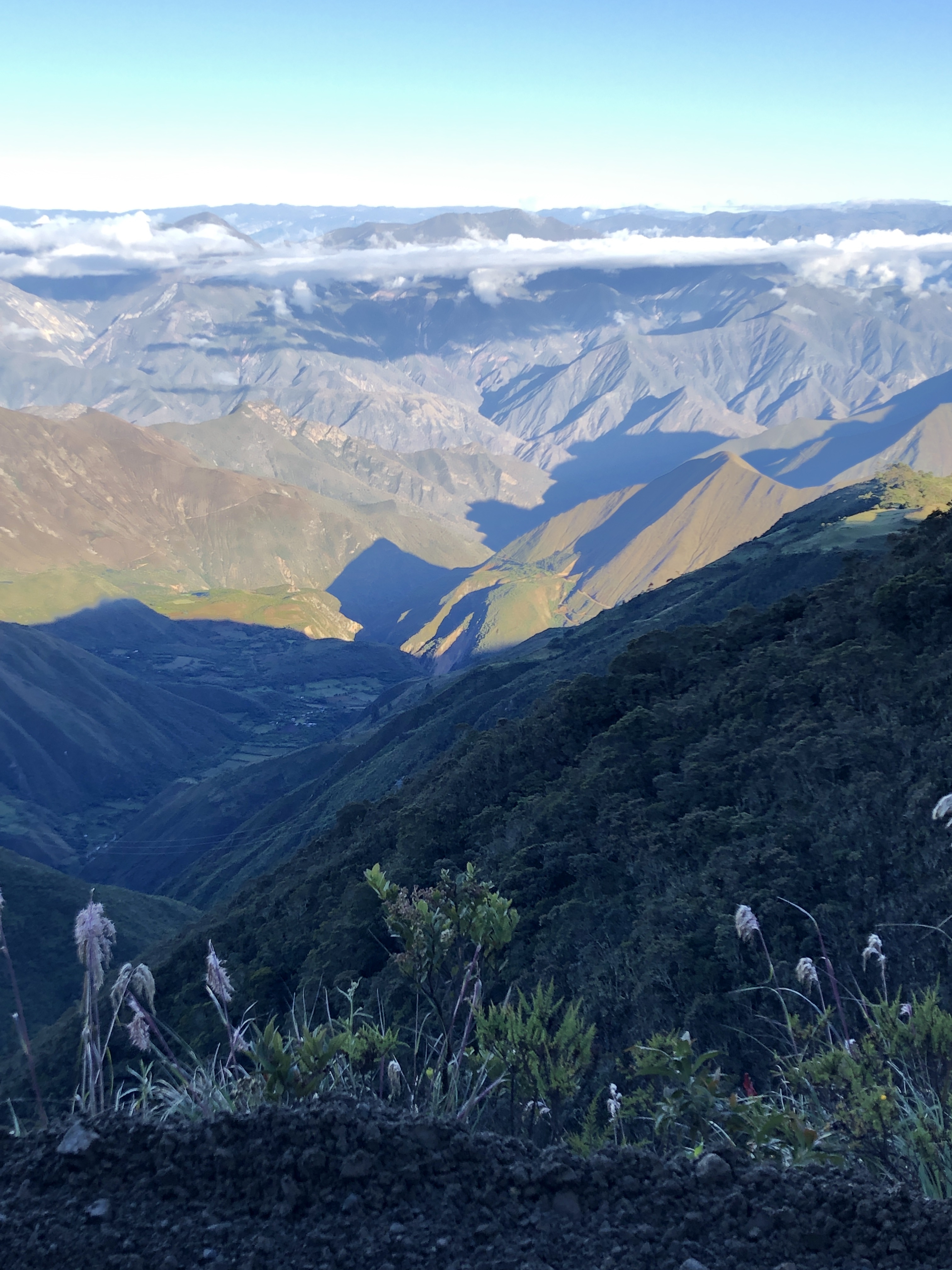 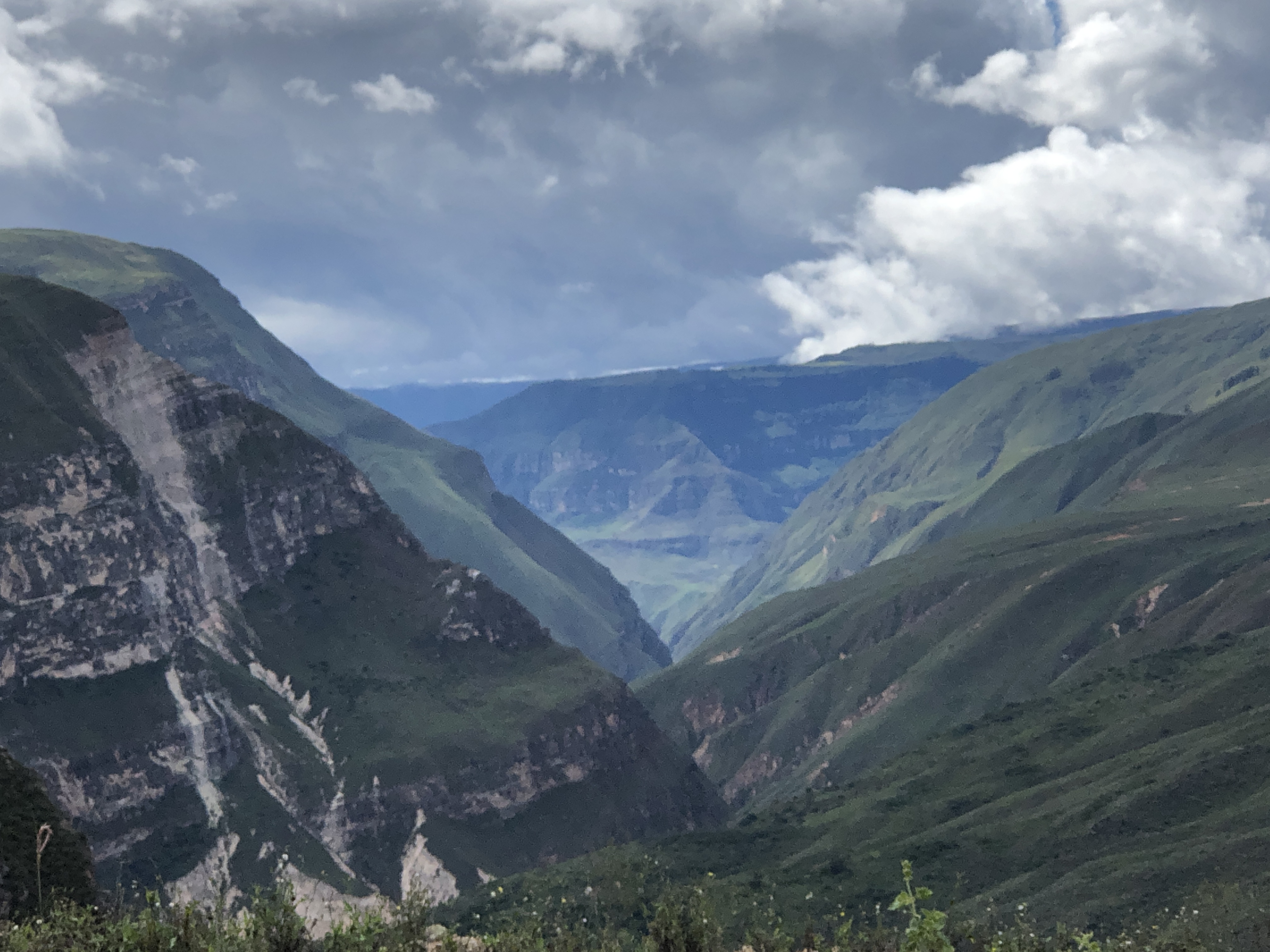 And these canyons and valleys are filled with amazing geological formations.  The rocks have obviously twisted and turned and changed through time.

These beautiful drives took us past many small villages.  In this region of Peru, the housing is primarily made of adobe.  We saw bricks drying in the warm sun alongside the roads.

And then we could see the bricks in the homes, and notice the wet, fresh adobe bricks which were added to the older, dried bricks.

And then the adobe walls are finished with a mud/plaster coating.   The doors and windows are framed into the walls with wood and then fitted tightly with rocks (see top of frame)  The rocks at the bottom help keep water and mud from entering the walls.  These doors open inward, the holes provide ventilation.  The black marks on the door represent census counts over the years. 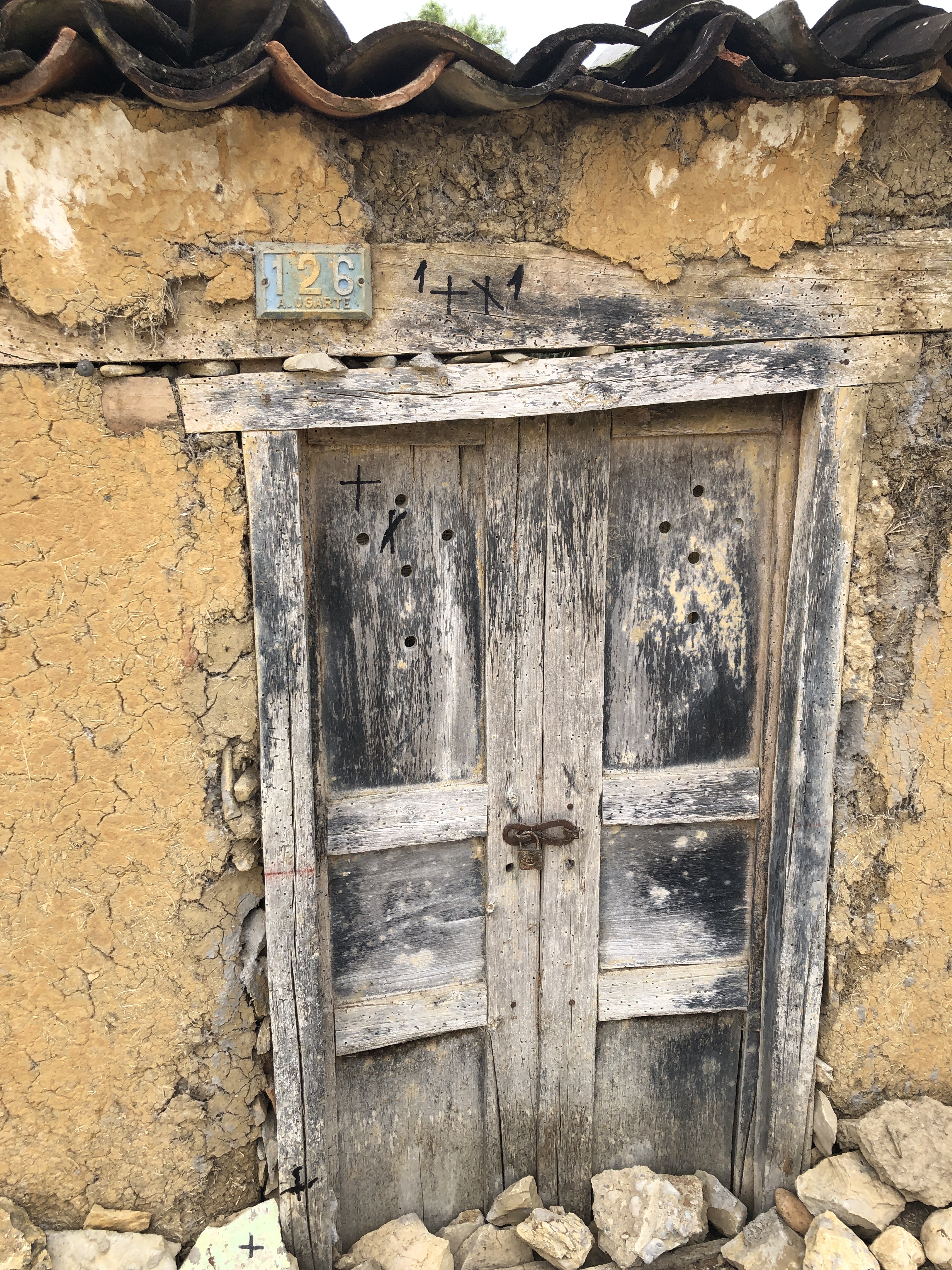 One of the fun highlights of this region has been watching the children enjoy their lives.  This first photo shows two boys and a puppy playing in a large bag of recycled plastic bottles.

We also had the opportunity to offer some village kids a ride home from school.  We gestured for them to sit on the back deck as we passed the school.  Then Mike hopped out to take a photo!  Just like many pre-teens, they were embarrassed to have their photo taken.

And much like young kids anywhere in the world, sometimes they are mischievous.   This house shows the signs of a young learner who has recently acquired familiarity with the alphabet.  And also acquired some chalk.  The alphabet is now scrawled on the bricks of the house!

And conversely, as we observed the children of Northern Peru, sometimes they observed us.  This little crowd gathered at the back door of the camper while I was washing my face.  Rather than shoo them away, I continued my routine of brushing my teeth and hair and applying face lotion.  They were fascinated!

Another observation we made was the wearing of hats.  The women of Northern Peru wear some seriously tall hats.  When we asked about these, we were told that a taller hat represents a higher status and higher cost of the hat.  The tall hat and wide brim are designed to keep the rain off the top of the head.  A bigger hat means a drier head. 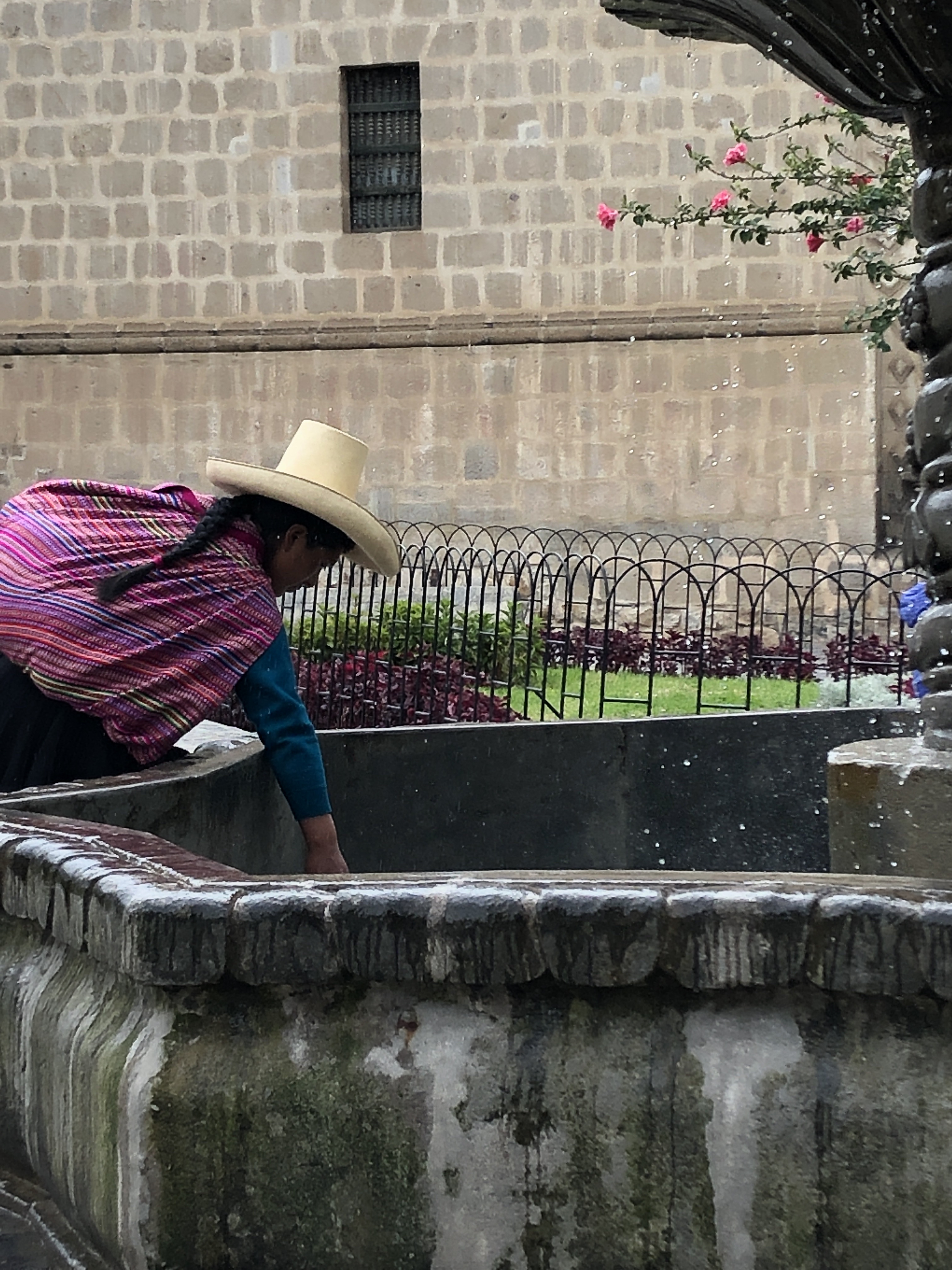 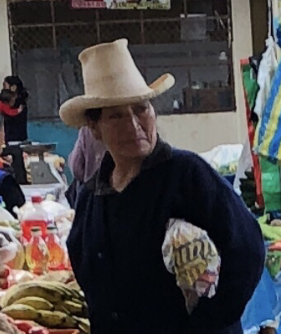 I will leave you with this beautiful photograph as we travel to yet another fascinating region of Northern Peru.  Remember to follow along as we continue. 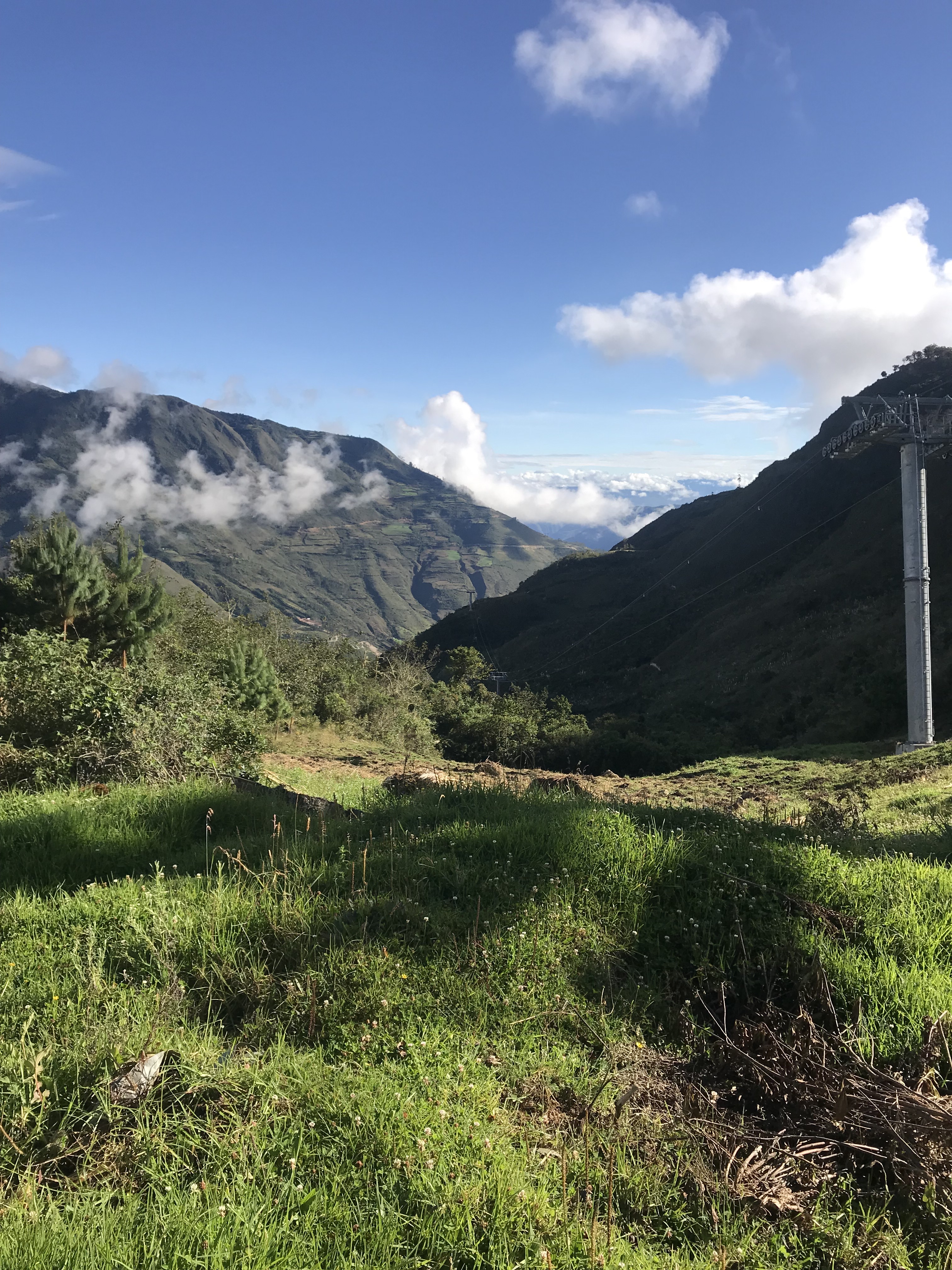 3 thoughts on “Chachapoyas area- Where the Incas were defeated.”