Up in the mountains of Ecuador lies a wonderful little community named Salinas. This little village requires driving on some rather crazy, bumpy roads to get there. Of course, we had to explore along the way to Salinas.

We found a beautiful river that had cut a deep canyon through the mountains.

While we stopped to admire the stream, our friend took these cute pictures of the camper and us.  A mountain embrace with a dog and camper nearby! 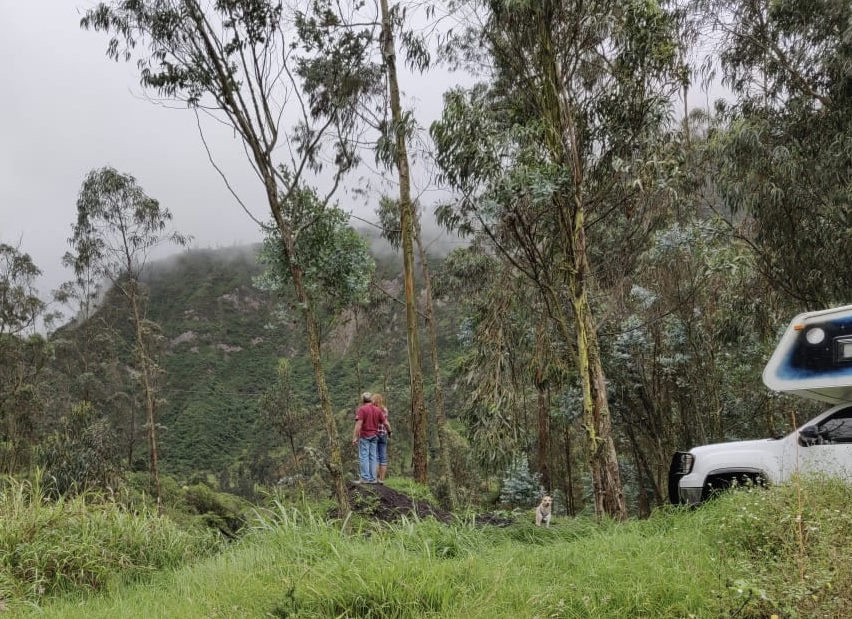 In 1974 a catholic priest named Padre Polo came to Salinas and noticed that the town needed some support, some purpose and some industry. He helped the people improve their homes and families, by helping them learn trades. He took stock of what they had available, cows, farmlands, pastures and productive soil. 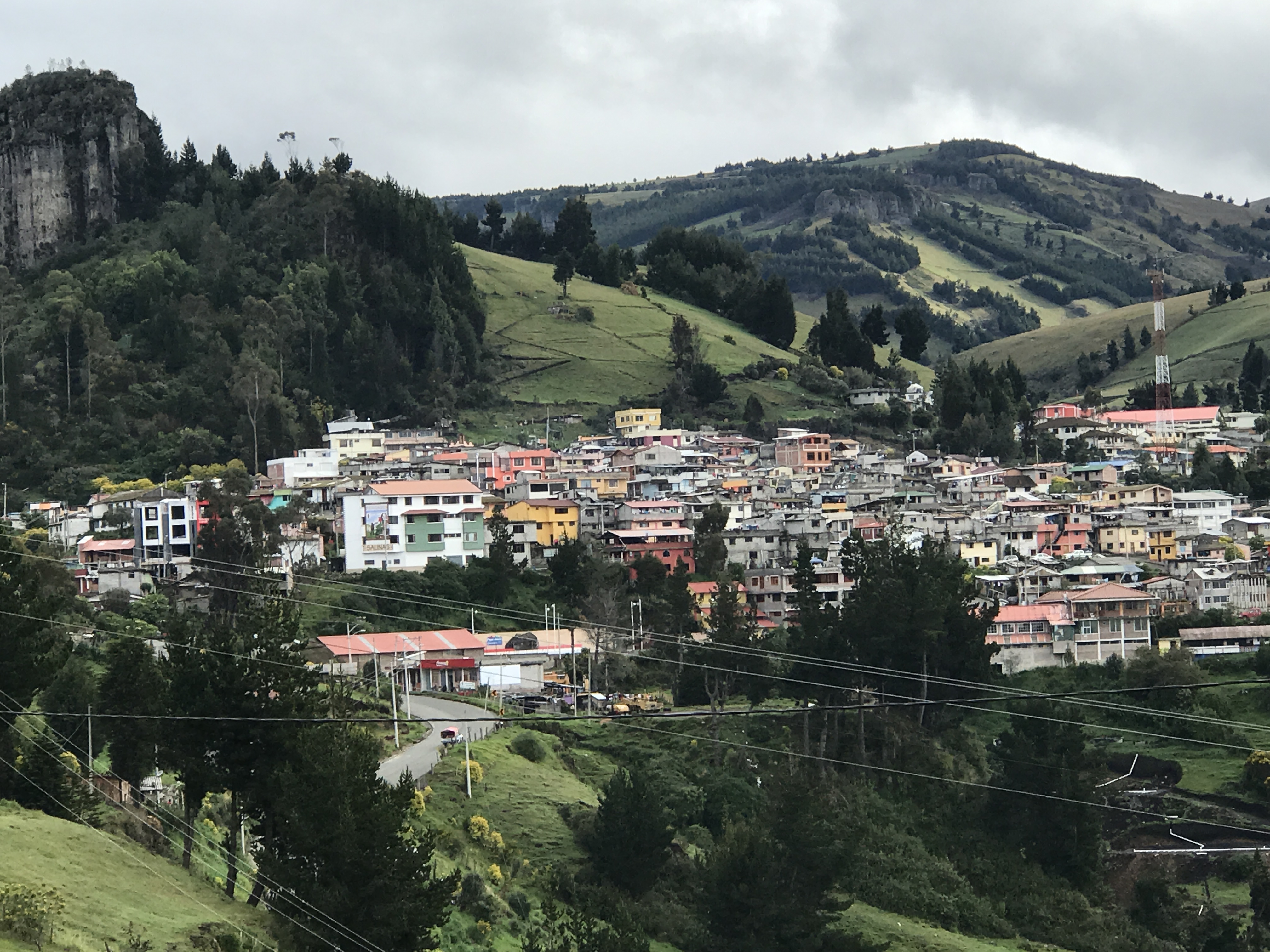 The area is now known for the production of high quality cheese, delicious chocolate, woven textiles and liqueurs. Along with a new level of industriousness came a renewed sense of community. This was evident in some of the murals we found on the walls around the city.  The first one says ” Disability is the ability to be extraordinarily capable”. 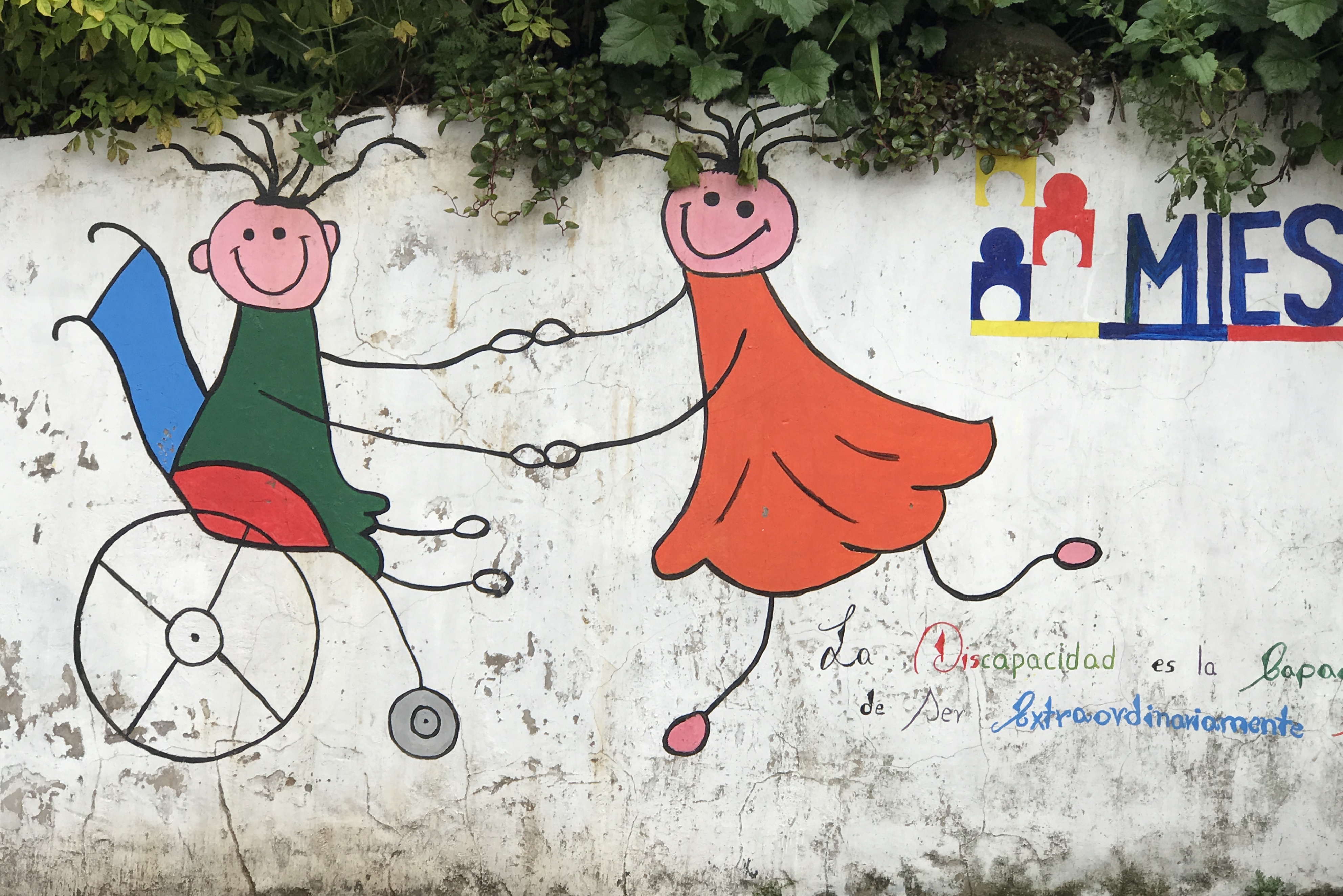 We arrived in town on the date of a special event. It was “Dia de Ninos” or “Children’s Day” and the celebration was grand. There was a parade, led by none other than Padre Polo. 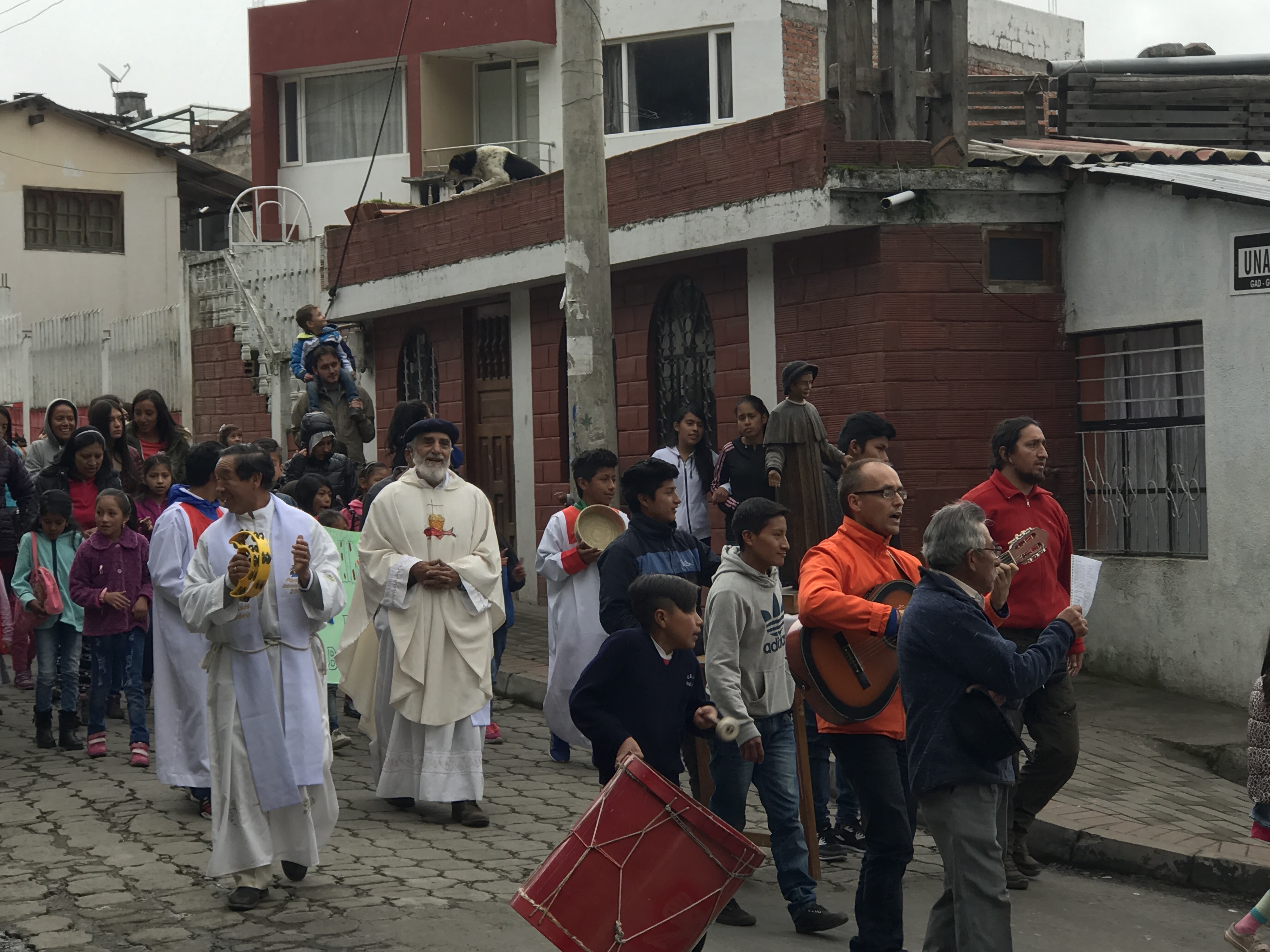 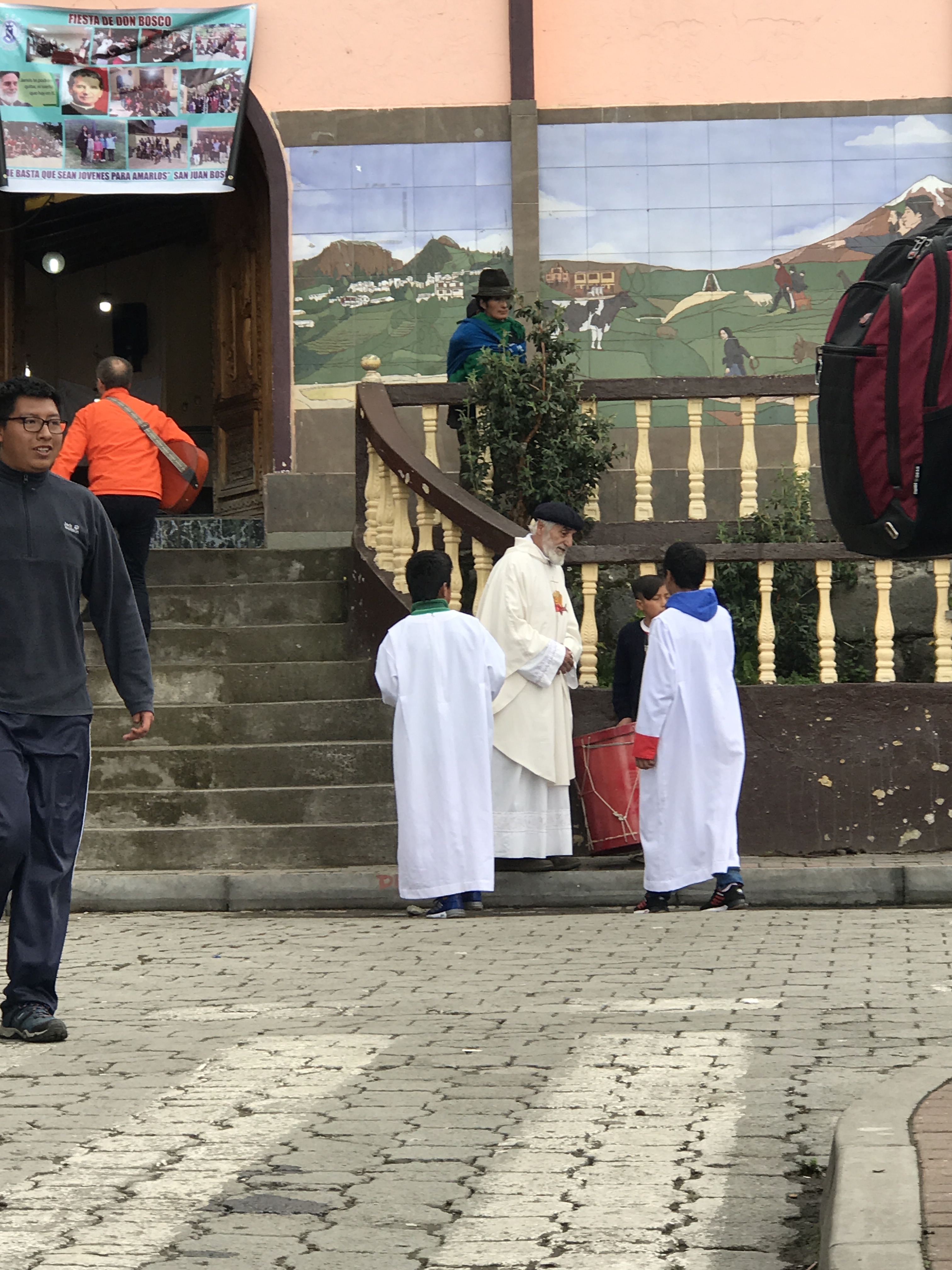 And then the entire town gathered in the square as groups of children sang, danced, told jokes and answered riddles. Children received a prize for their participation. It was great fun to watch, and the participants seemed to be having a good time. 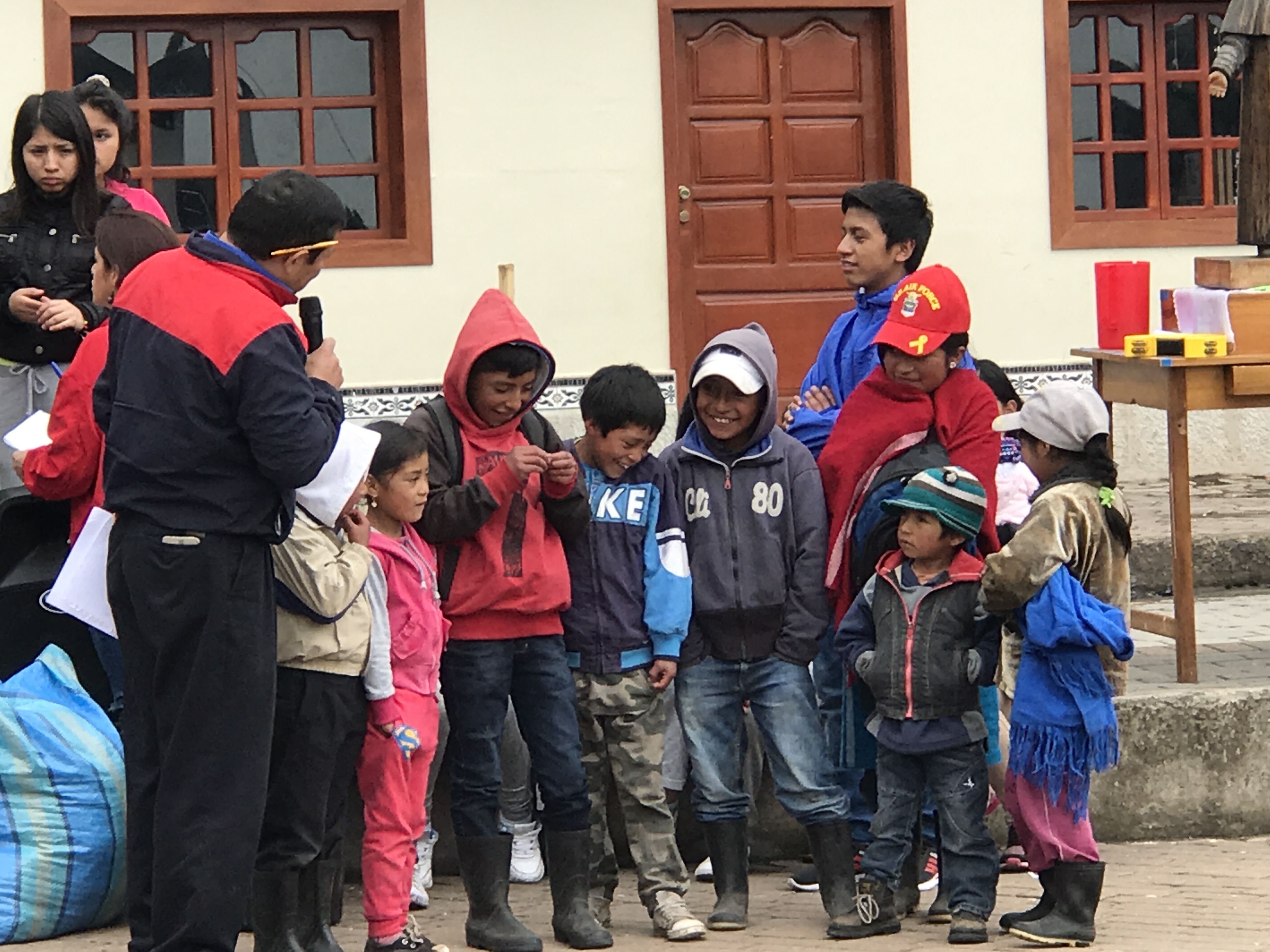 The highlight of our visit to Salinas was camping near the cheese factory. From our campsite we were able to walk into the store, and then also have a look at the milk-receiving zone. This is a very modern, sterile and functional facility. 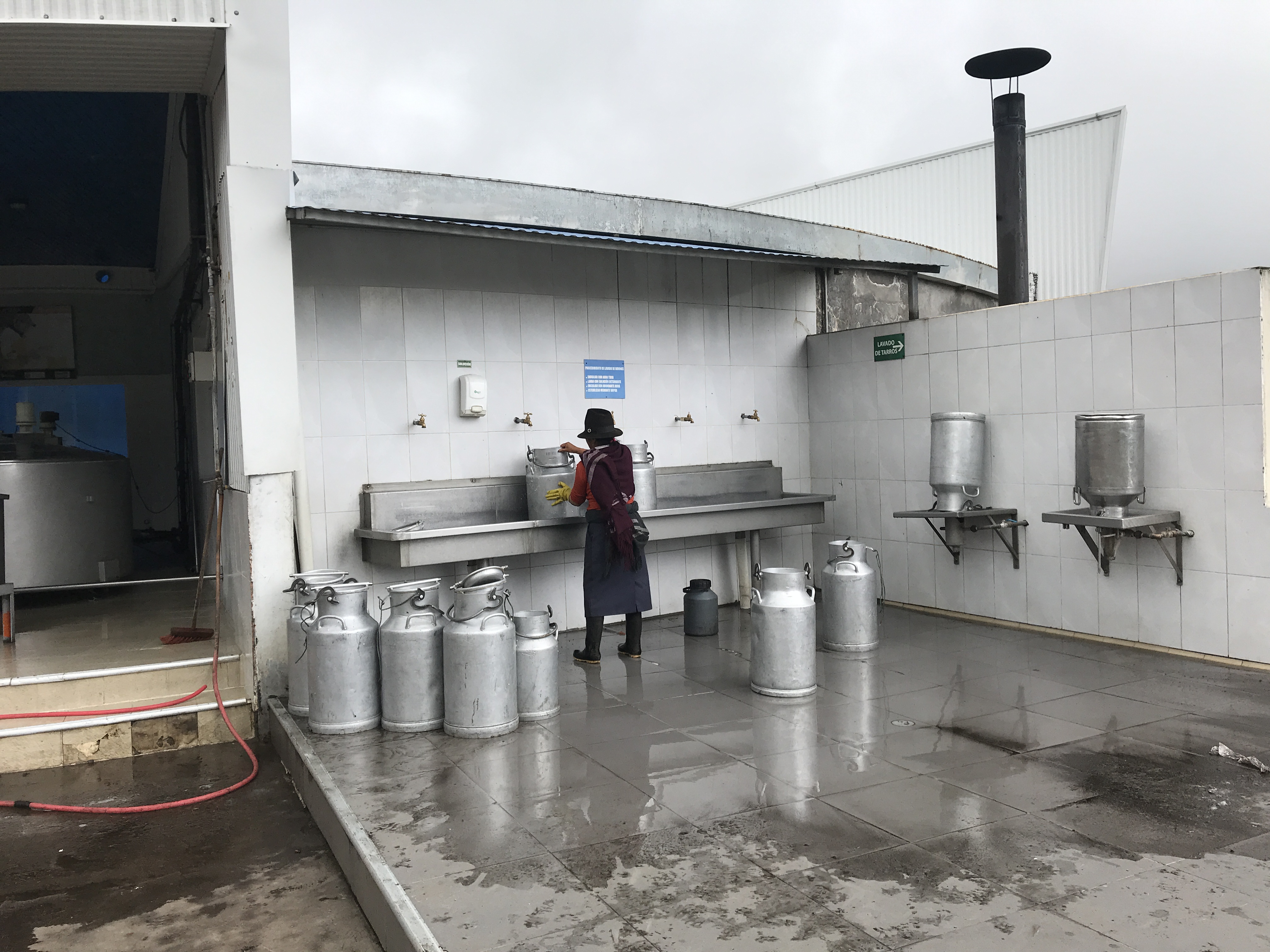 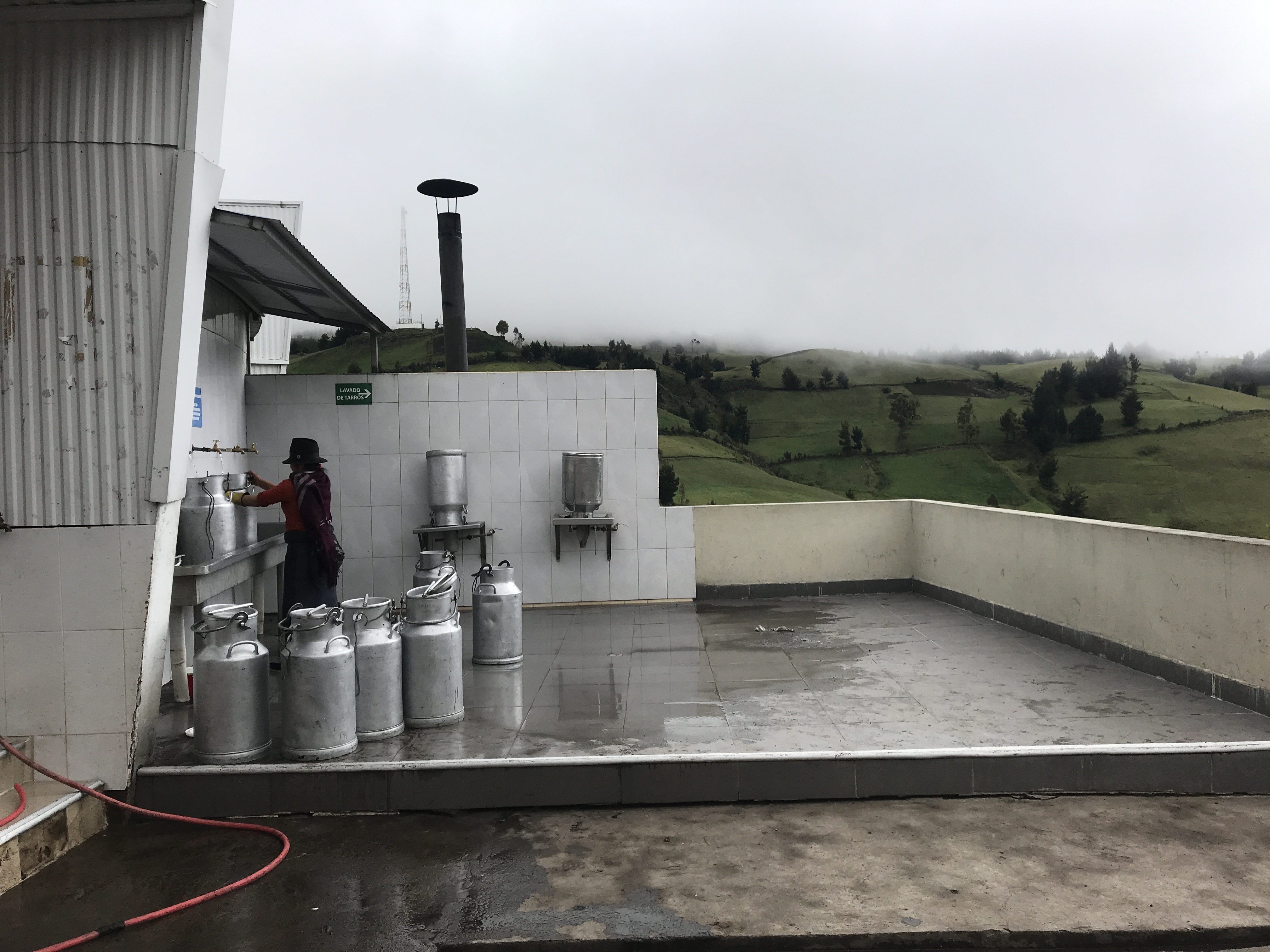 And in the early hours of the morning, just after the milking was finished at farms all across the valley around us, the milk began arriving.  Watching out the window of our camper, we could see community members delivering their milk to the community cheese factory. It really illustrated the contributions of each person, to the product of a whole community. 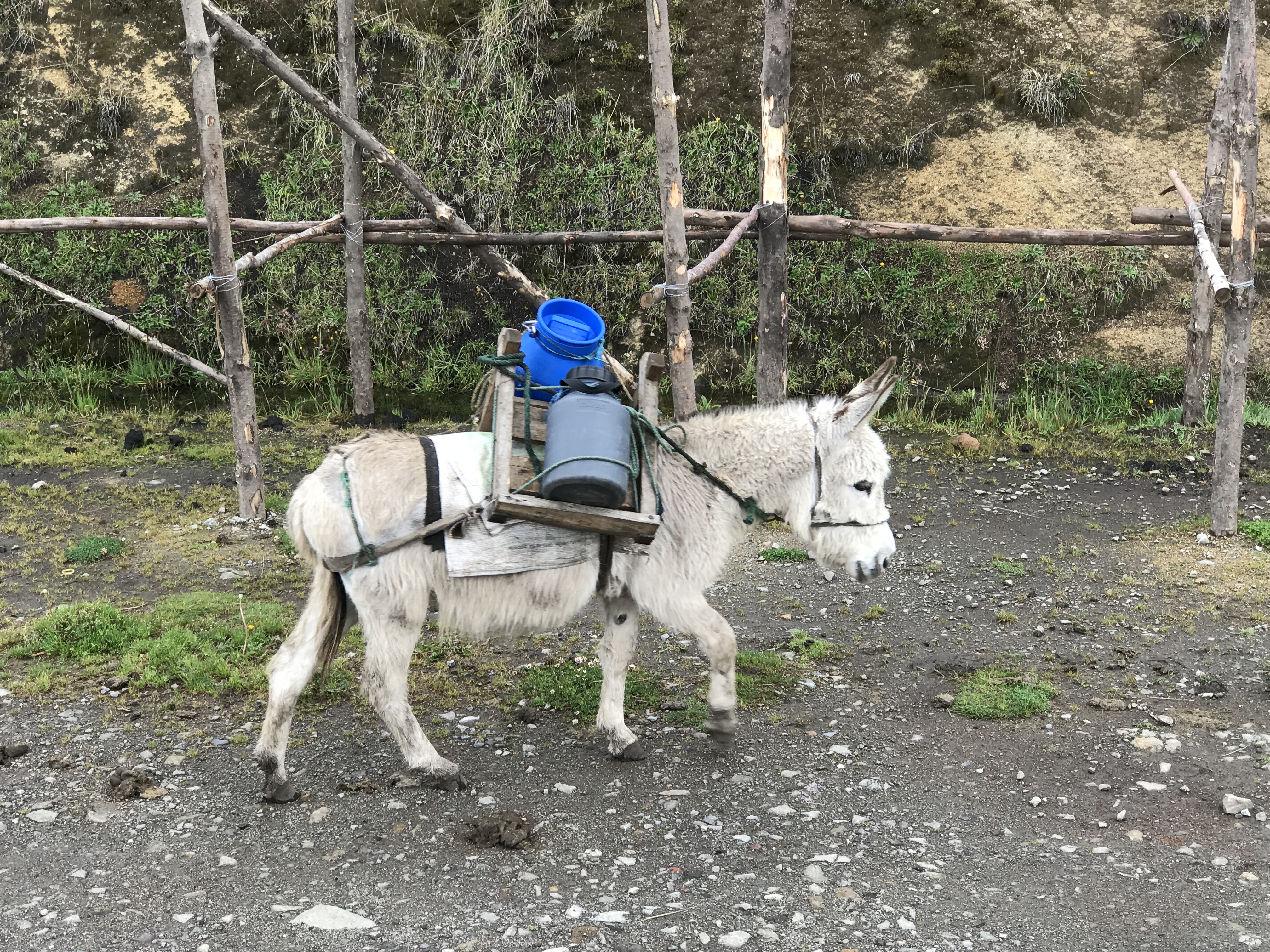 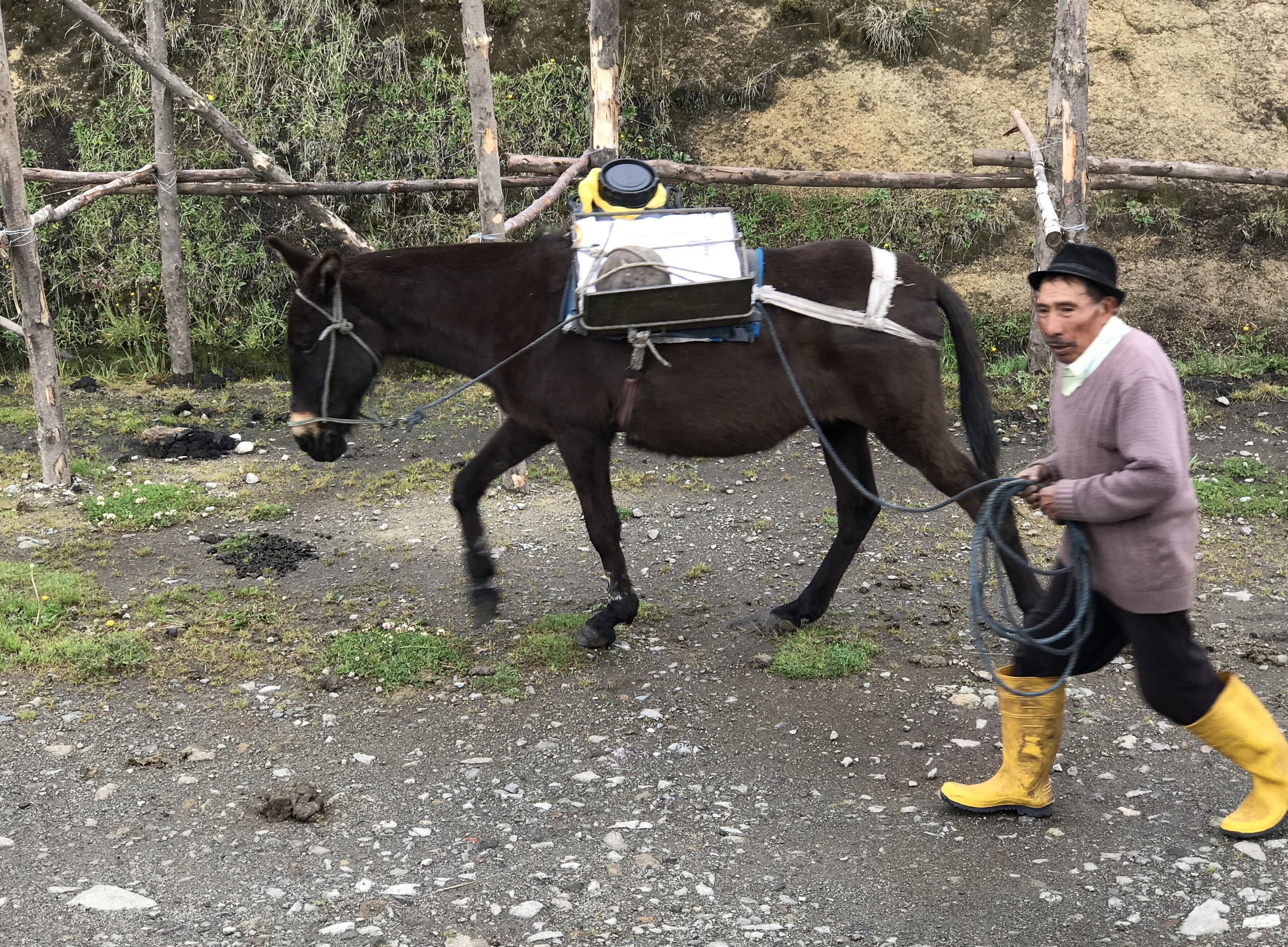 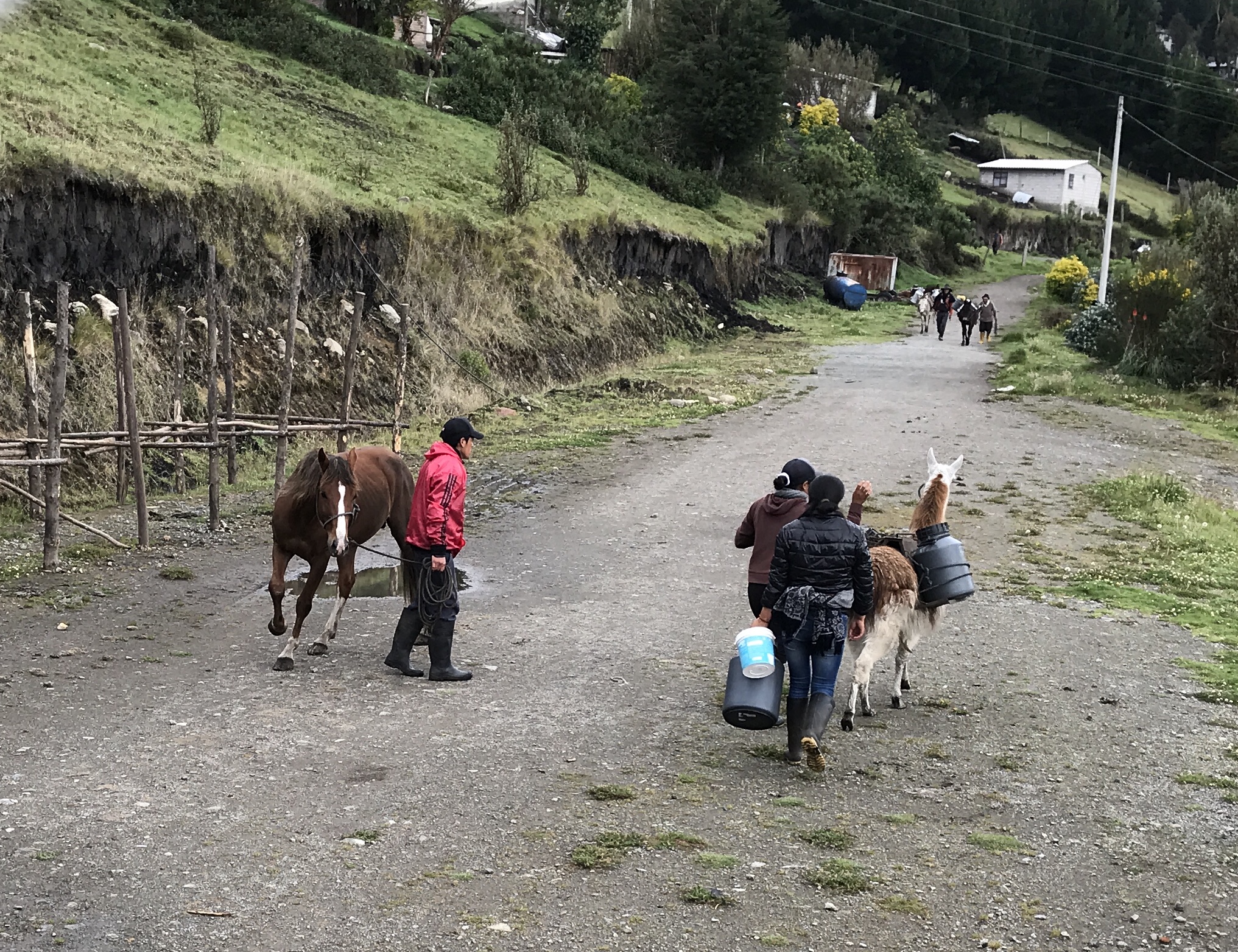 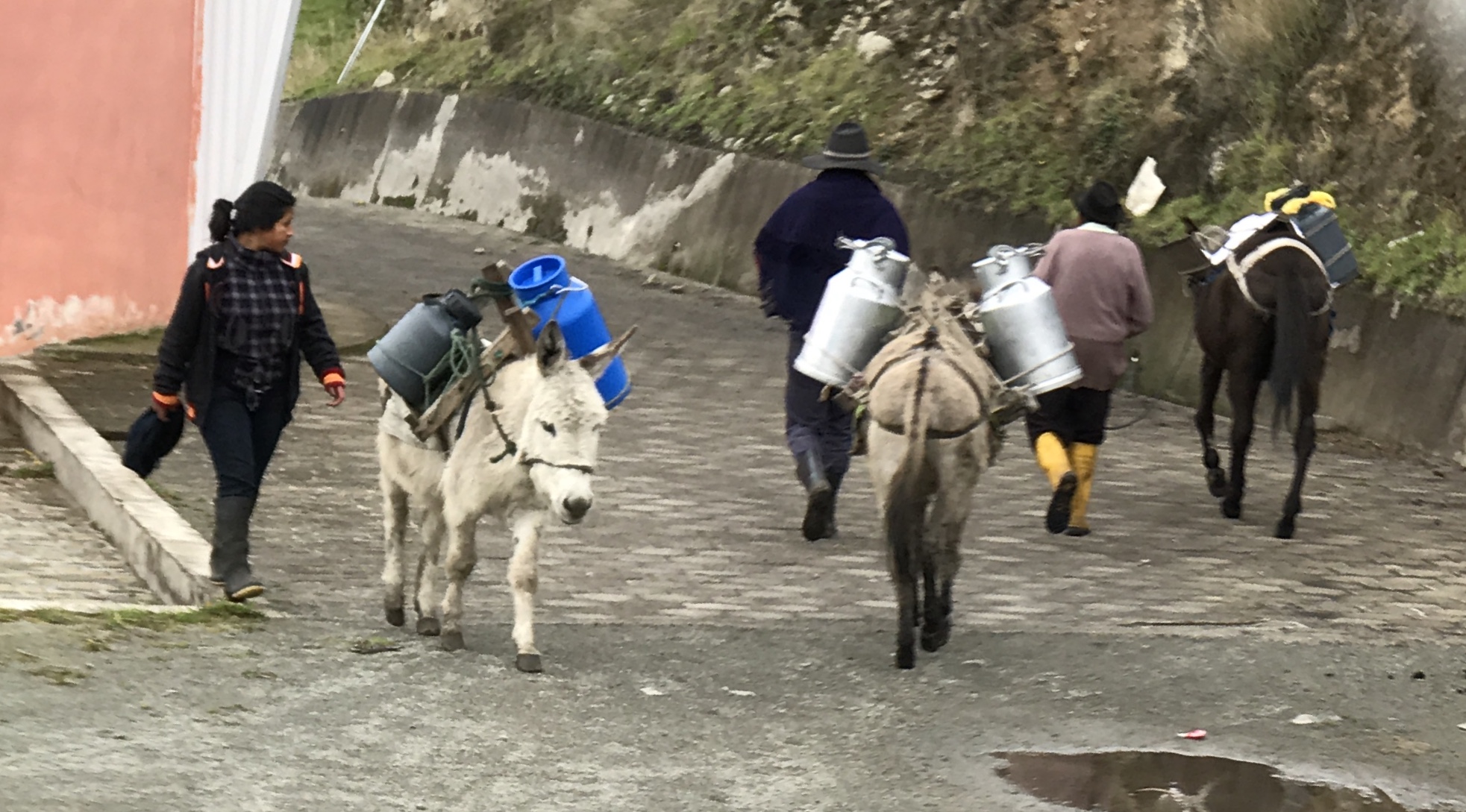 And of course, we had to make our own contribution and buy several different types of cheese and yogurt from the plant. We also purchased chocolate, honey and fruit liqueur from various markets in the city. Our visit to Salinas was educational and delicious! 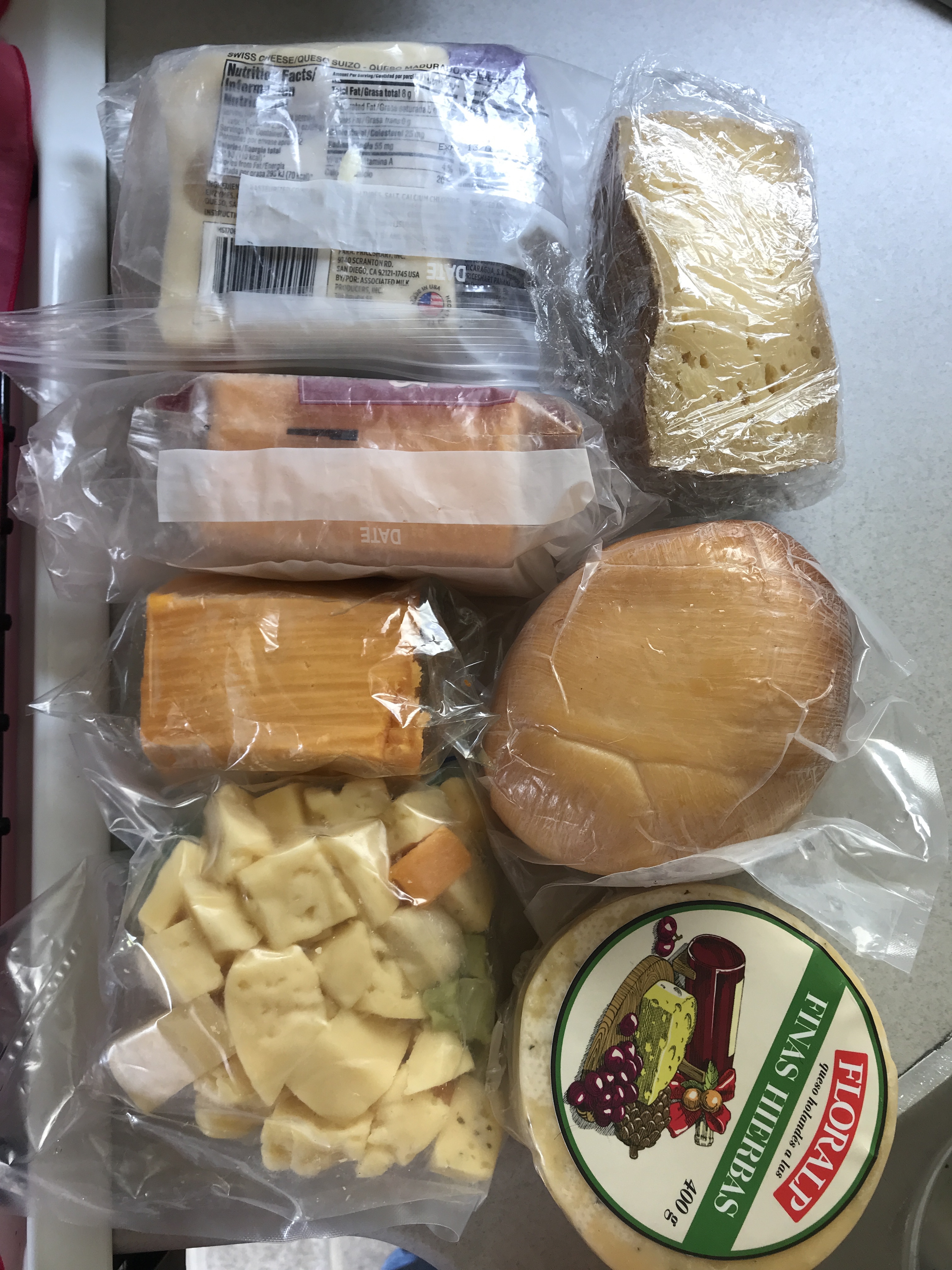 In addition to a large amount of cheese, we also bought locally made liquour and chocolate.  So now we need to eat the good stuff, and hike around a bit to work it off!

Stick with us to see some more great sites in Ecuador. There is a lot going on in this little South American country!

2 responses to “Ecuador- Salinas has a history.”