No visit to Ecuador would be complete without leaving the Andes and heading into the Amazon area.  This hot, humid jungle is known world-wide for its variety of species, the life-changing ayahuasca experiences and even for the tribe that produces shrunken heads as a part of their ceremonies!

But, fortunately we avoided much of that! Although we did see some adorable monkeys and turtles. 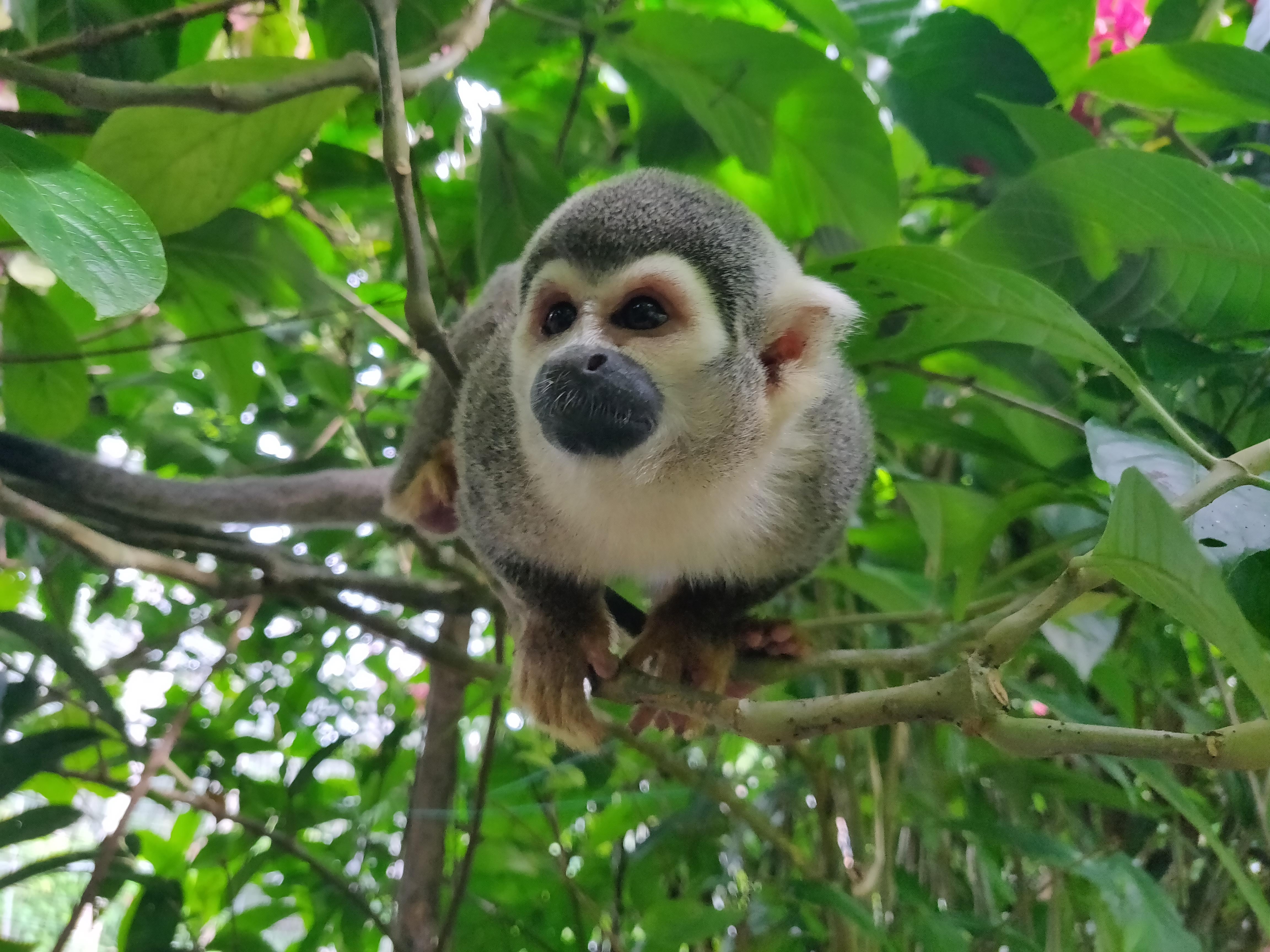 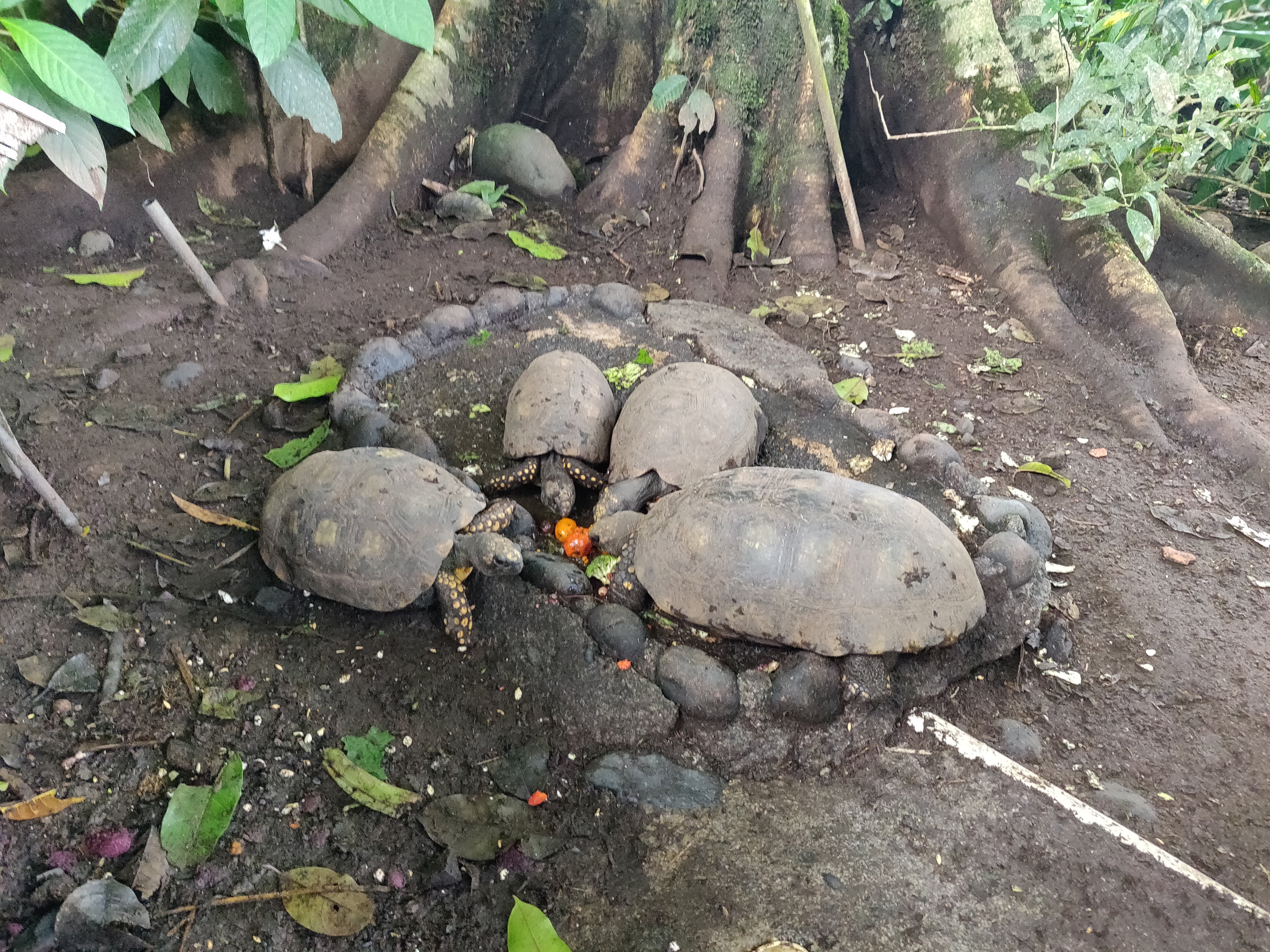 And also one of those amazing plants that catches and eats bugs.  This was growing as an out-of-control vine on a fence alongside a sidewalk.  Don’t stick your fingers in there! GASP!!!

We also learned that having grubs for lunch is not unusual.  These are considered delicious by many.  We did not try them.  But we observed them sitting in a bowl near the fire.  When someone orders them, the woman places them on the grill to warm them up.  Then they are popped in whole, chewed and swallowed.

We also saw this.  I am not sure if anyone would eat it.  Luckily we had just eaten pizza and were not hungry!

And now for some seriously delicious stuff!  We went to a market and bought a variety of local fruits to try.  We weren’t sure of the name of most of them, but we did make sure we could eat them raw (crudo) without being sick!  Here is a collection of beautifully shaped and colored fruits from Ecuador.

We camped in the town named Tena at the home and hostel of a wonderful family.  The father was just returning from Peru, where he participated in the Dakar race.  We met our friends from La Tortuga there and hung out with them for a while. One afternoon while walking in town, we met a woman who wanted to interview all of us for her college final exam.  So we submitted to more time on camera! 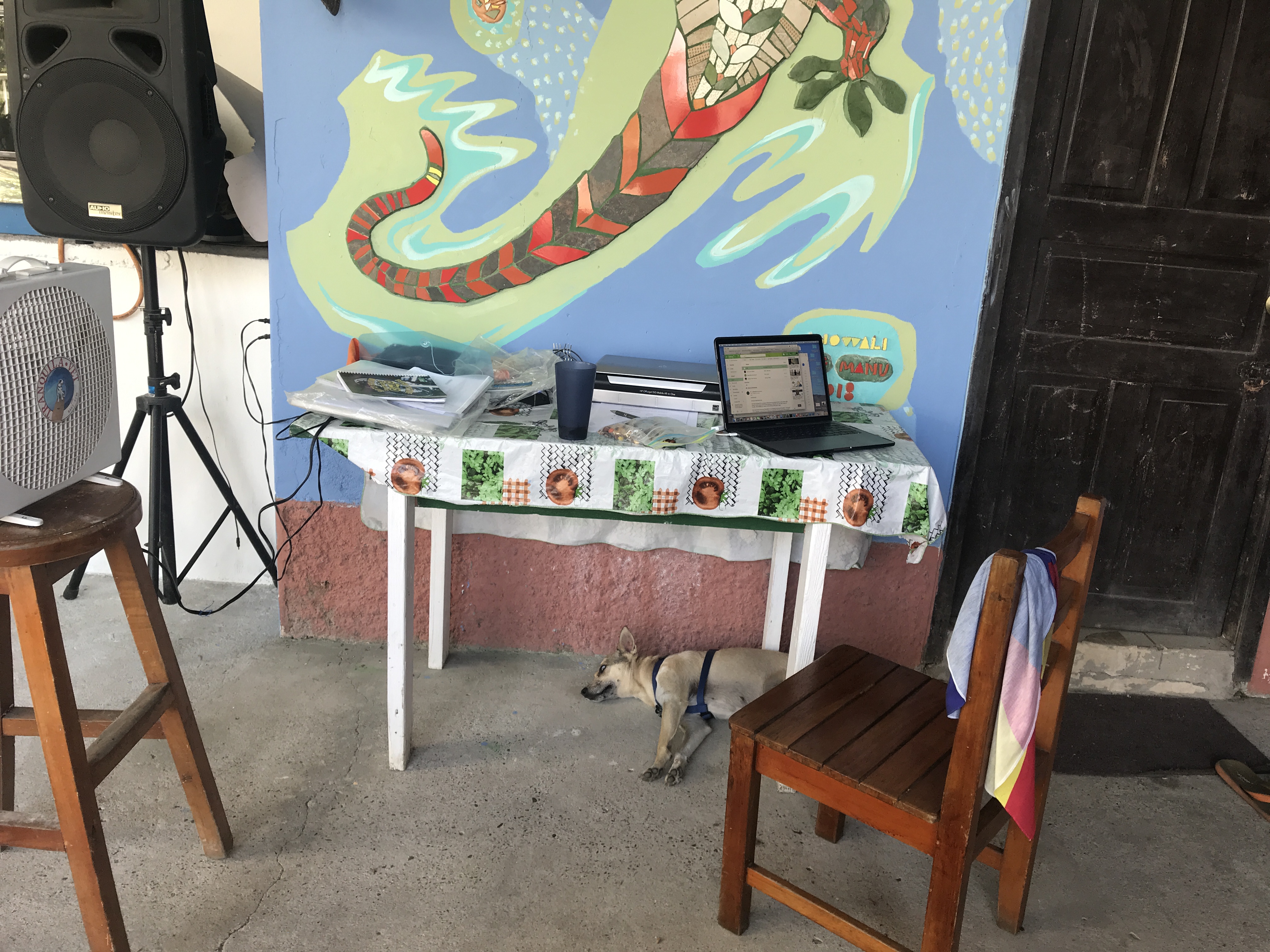 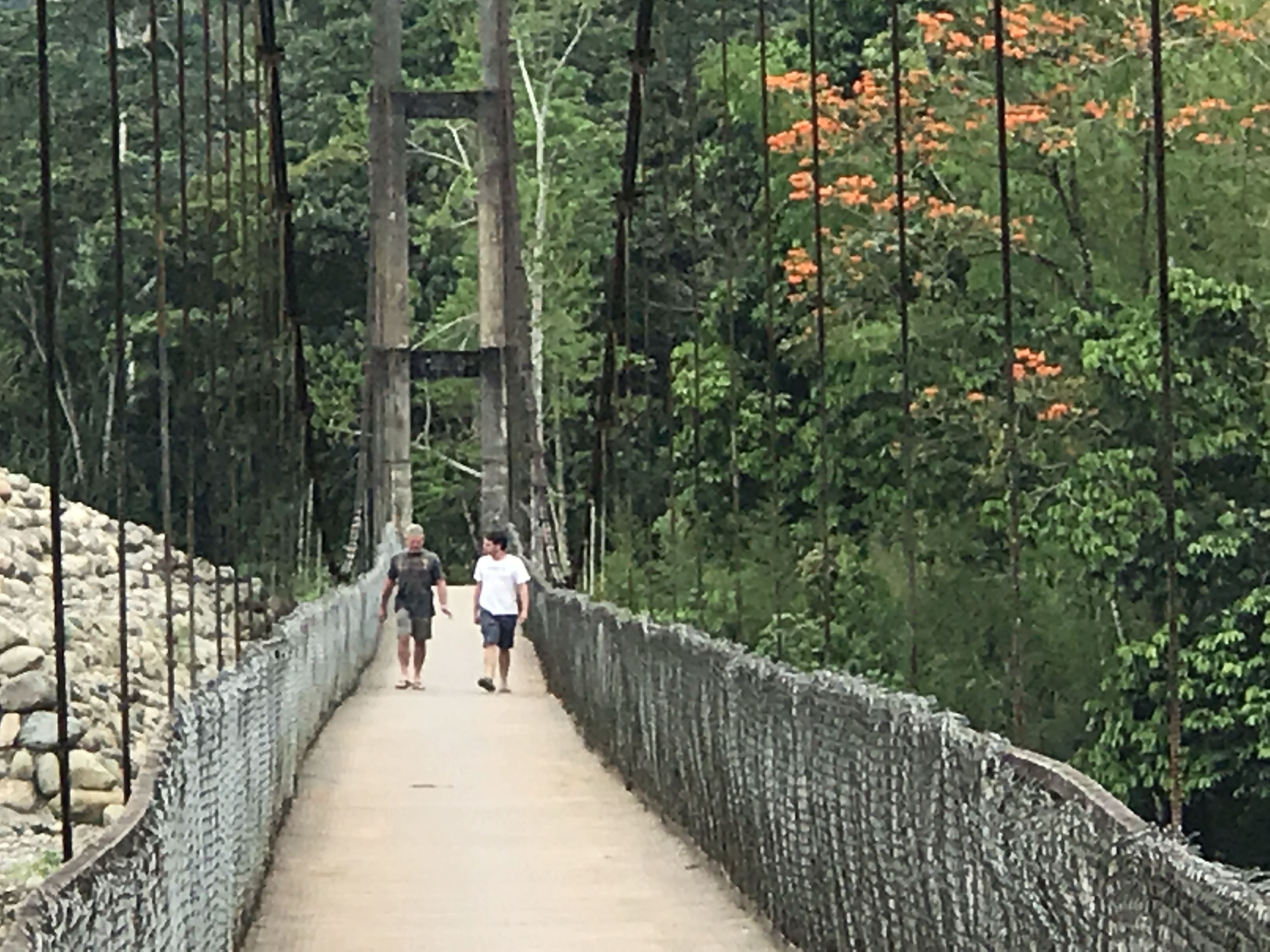 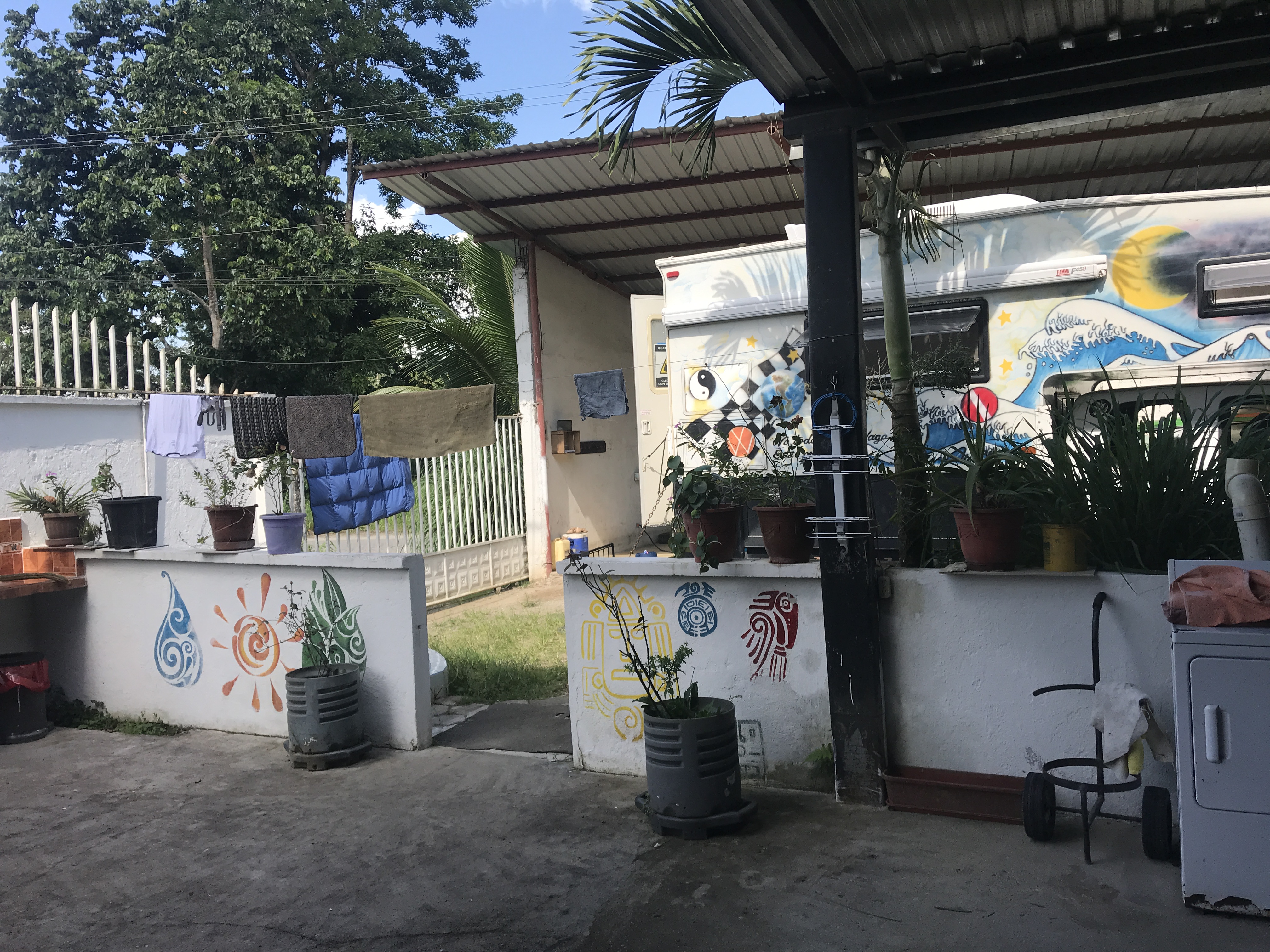 We were all about done with the heat and humidity so we turned back towards the mountains.  This meant winding along a riverside for a few miles, and there we found a lovely campsite for the night. 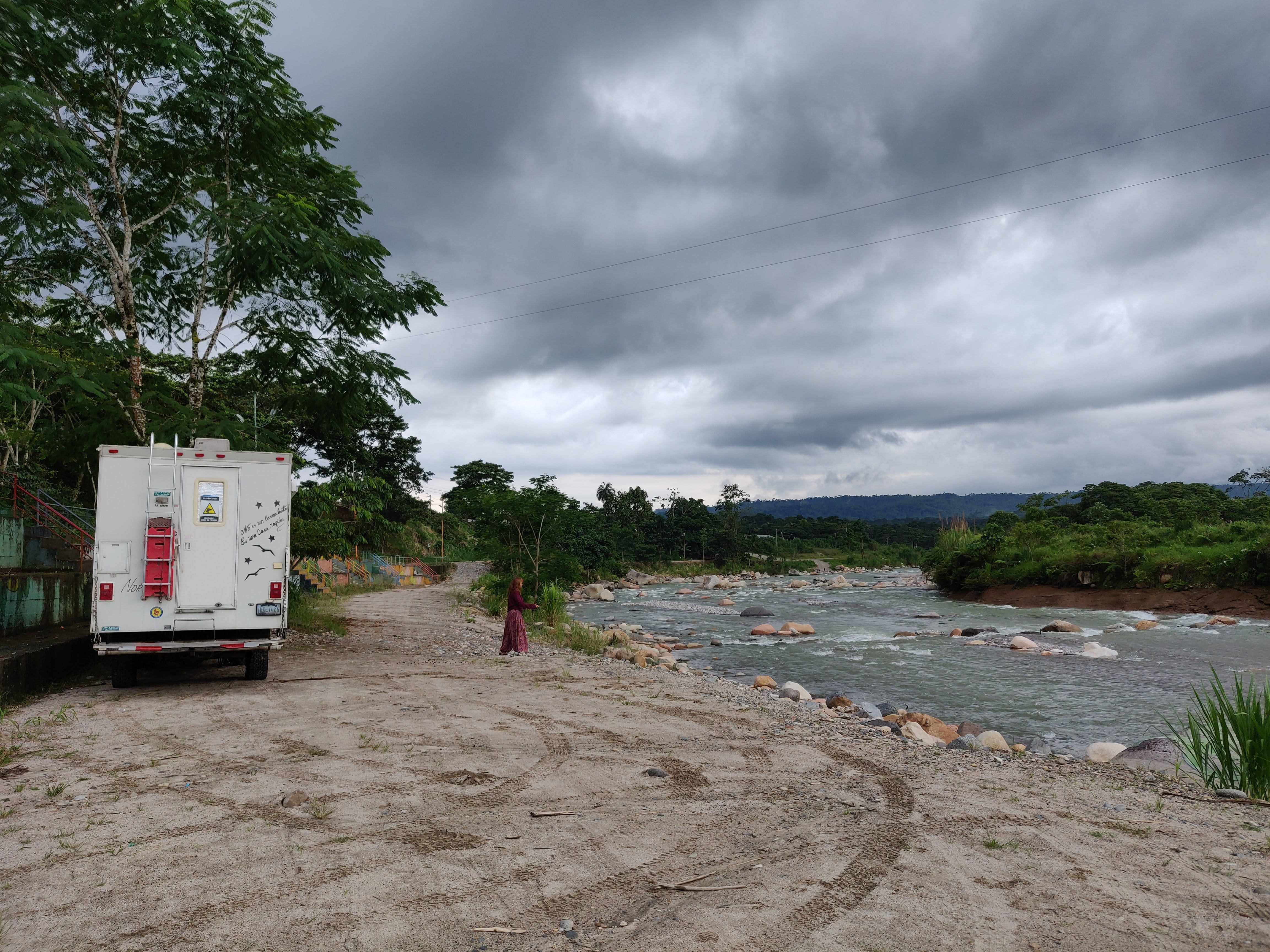 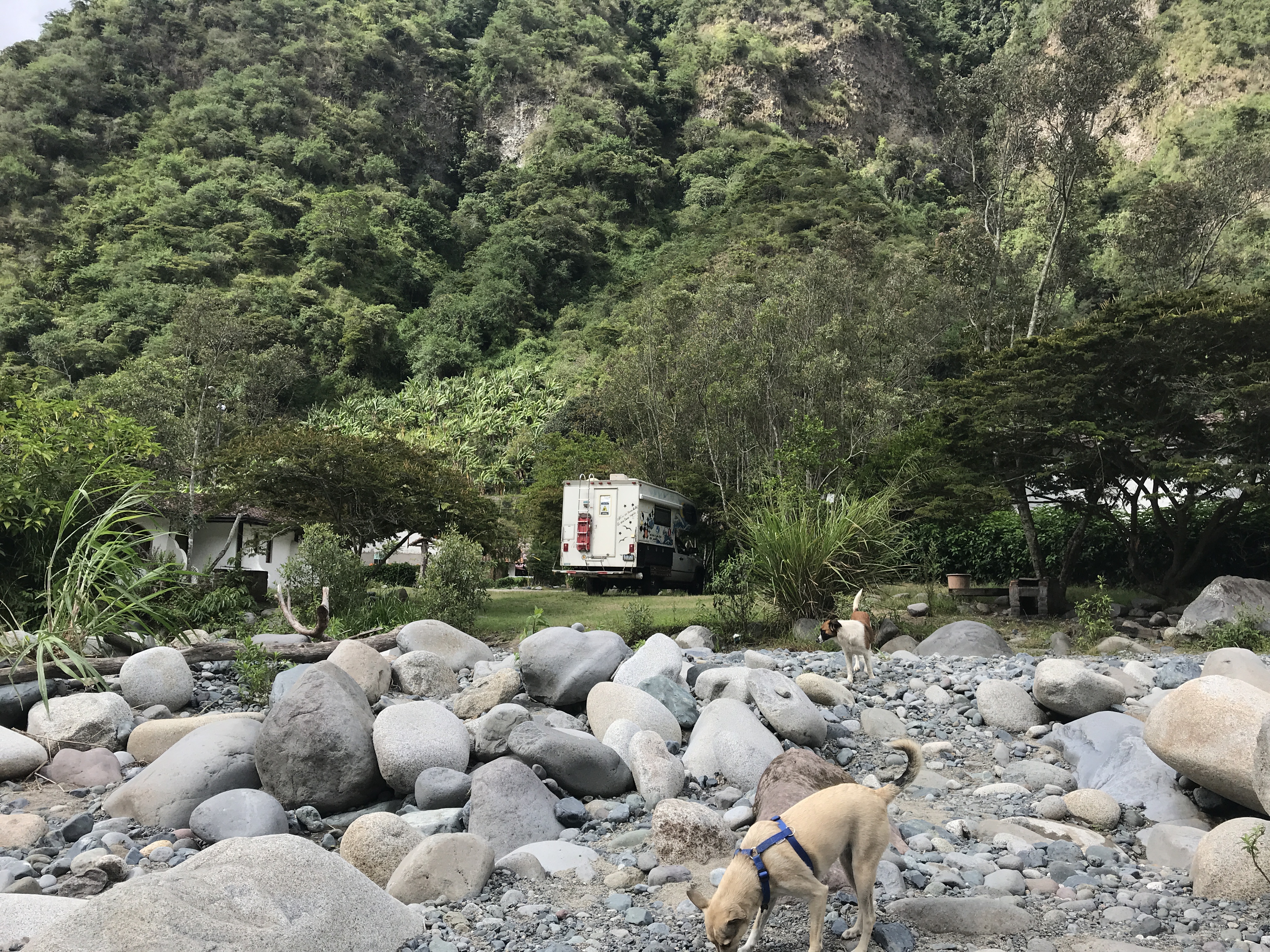 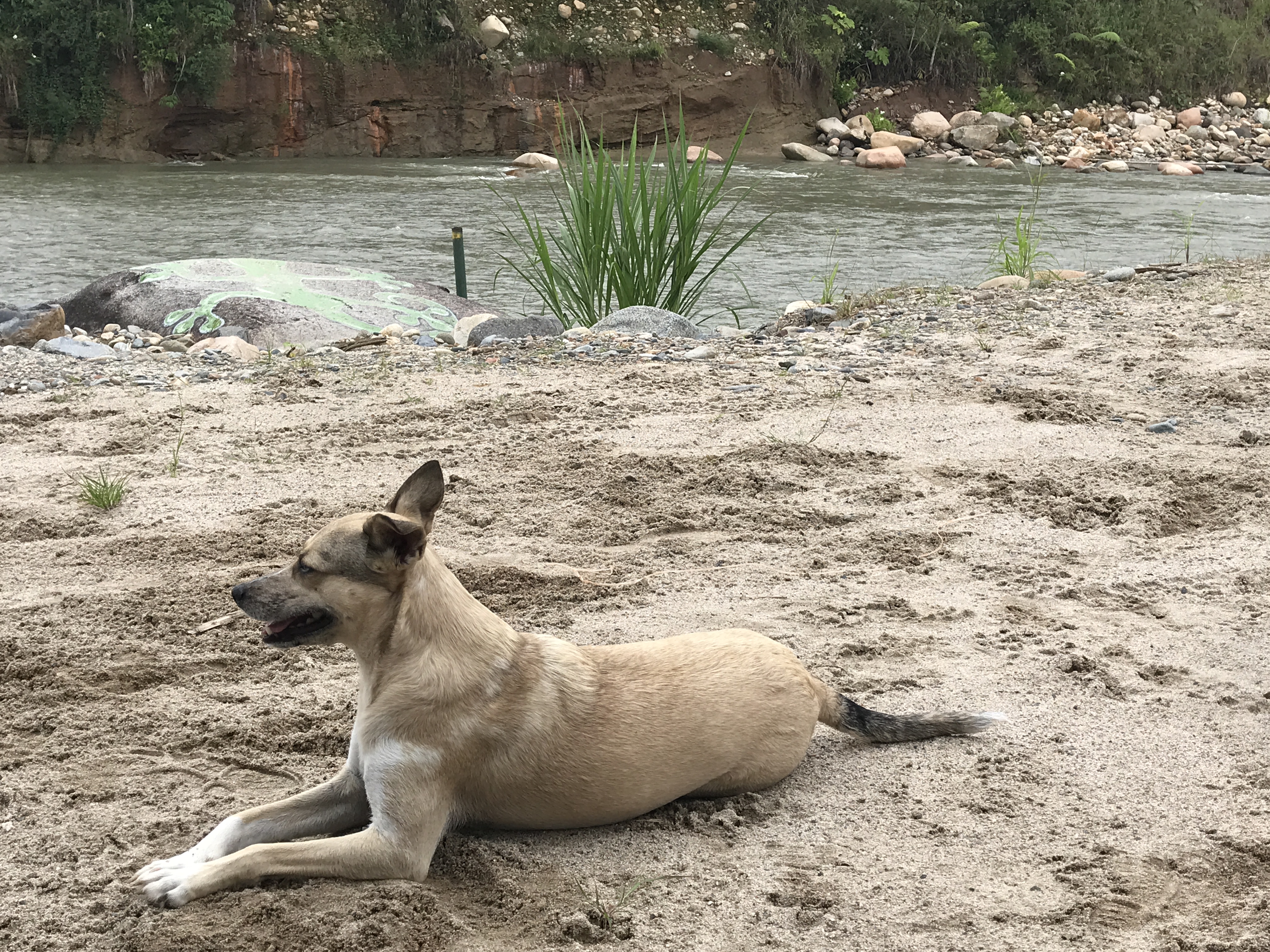 But if you look closely at the photos, you will see that the sky is turning dark and the clouds are gathering.  Before long those clouds opened up and dumped loads of water on the mountains and jungle around us.  And when rain falls that hard, mud and water begin to slide down the hills.  You may recall the Armero tragedy (click here to open a new window and read that post)   In that village the stuff that washed down on them is called “lahar”.  It is fast moving and deadly.  It is made of water, mud and volcanic ash.

Well, we encountered some of our own as we were leaving this region of Ecuador.  Check out the lahar washing down the hillside and across the road as we drive through.  And yes, mucky feet happened during this filming!

While this was messy, and maybe a little scary….. there is still much of Ecuador for us to explore and share with you.  Keep following along with us and sharing our posts with others.  We appreciate it!