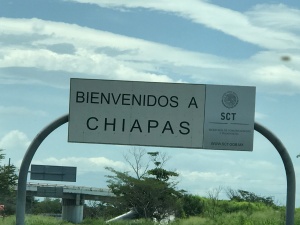 Chiapas made us feel nervous.  I will not lie about this fact.  When we traveled across Mexico many years ago, Chiapas was the only state where we encountered a roadblock, a detour and a feeling of uneasiness back then.  It is also the state that generated a lot of negative press when we were living in Mexico.  Their civil unrest and unruliness continues today.  And we were about to enter this state again. Although much of the historical violence was settled, we knew there were still factions and areas that are unstable.  We had also read that Chiapas was the poorest state in Mexico.  But the first thing we noticed as we left Oaxaca state and crossed into Chiapas were the really, really good roads.  We were driving along the southern coastal route and it was great!  Then wind turbines popped up on the horizon.  Things may have changed in this state! 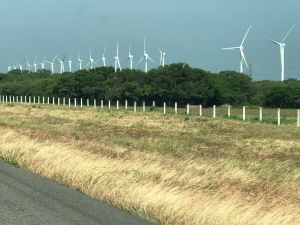 Our first night in Chiapas was spent at the Hogar Infantil orphanage.  I wrote a separate post about that visit.  You can open the link to that post by clicking here – – –   Click here for Hogar Infantil   We enjoyed our time there, but wanted to keep moving. 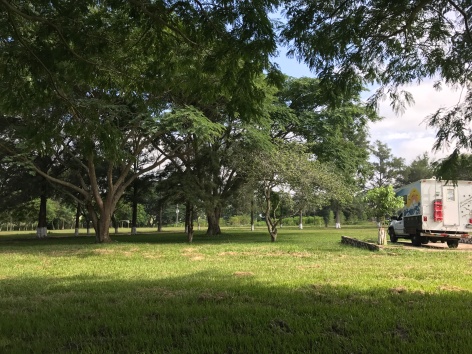 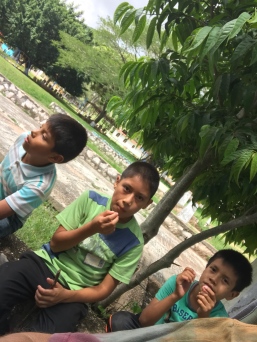 After a couple of days there, we went to the capital city of Tuxtla and observed a smoothly running, attractive cityscape.  We camped in the rear parking area of a hotel.  They had full hook-ups and a small swimming pool.  Nearby we found IHOP for brunch. 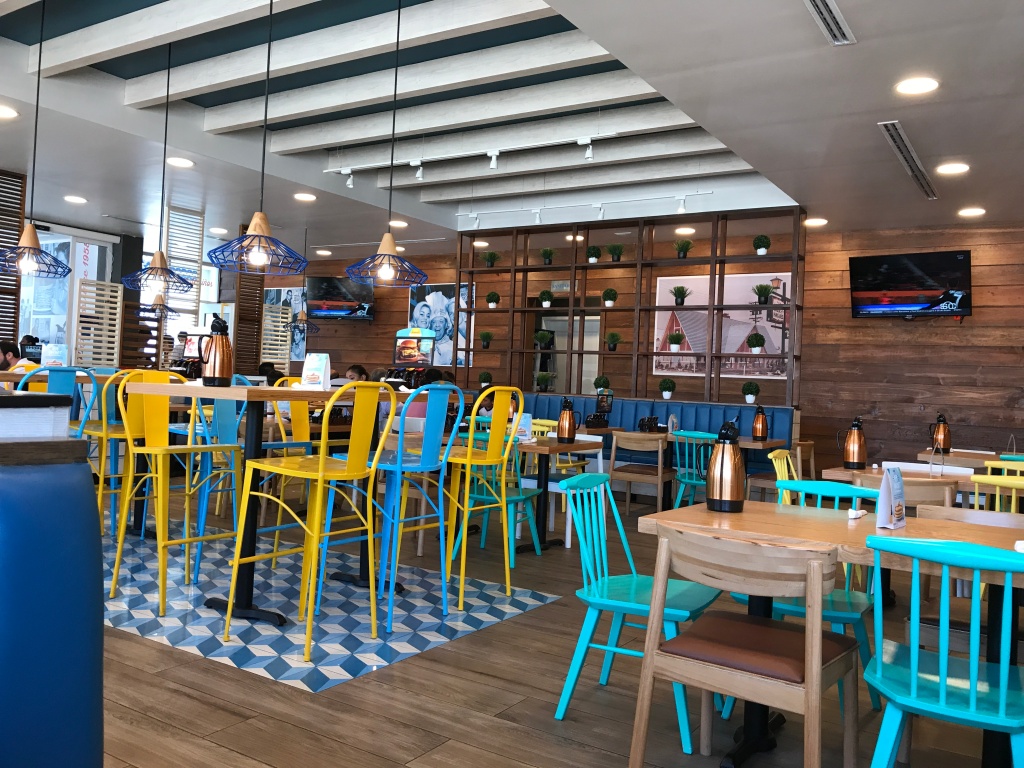 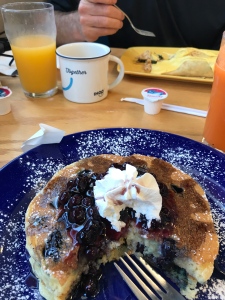 This IHOP was furnished with startlingly “Americana” decor, which felt unusual after 5 months of “attempted American” in many places.  And the pancakes were deliciously American!  They had all the typical syrups on the table, snappily-dressed servers and Buddy Holly on the sound system.  It was hilarious!   Tuxtla also has also a well-developed sports park with soccer fields, basketball, volleyball, walking track, riding track and a great area to walk the dogs. This was located very near our pseudo-campsite behind the hotel.

We grabbed a taxi and headed to the anthropology museum. Since this is the capital of the state, we anticipated a good display of artifacts. What we found was a large HOT museum with no air conditioning, no fans and very few information signs. But there was some interesting stuff here. The display on skull and tooth modification was what really caught our attention. Here are a few highlights.

It was fun to be in this big city for a few days and Tuxtla was a great place to spend Geneva’s birthday. But we were ready to get back to the smaller towns. So we drove through the mountain villages towards San Cristobal de las Casas. It was a Sunday and we passed many groups of villagers and children in their traditional dress. It was truly beautiful to move from the big city life to the slower pace of small towns as we crossed through Chiapas. 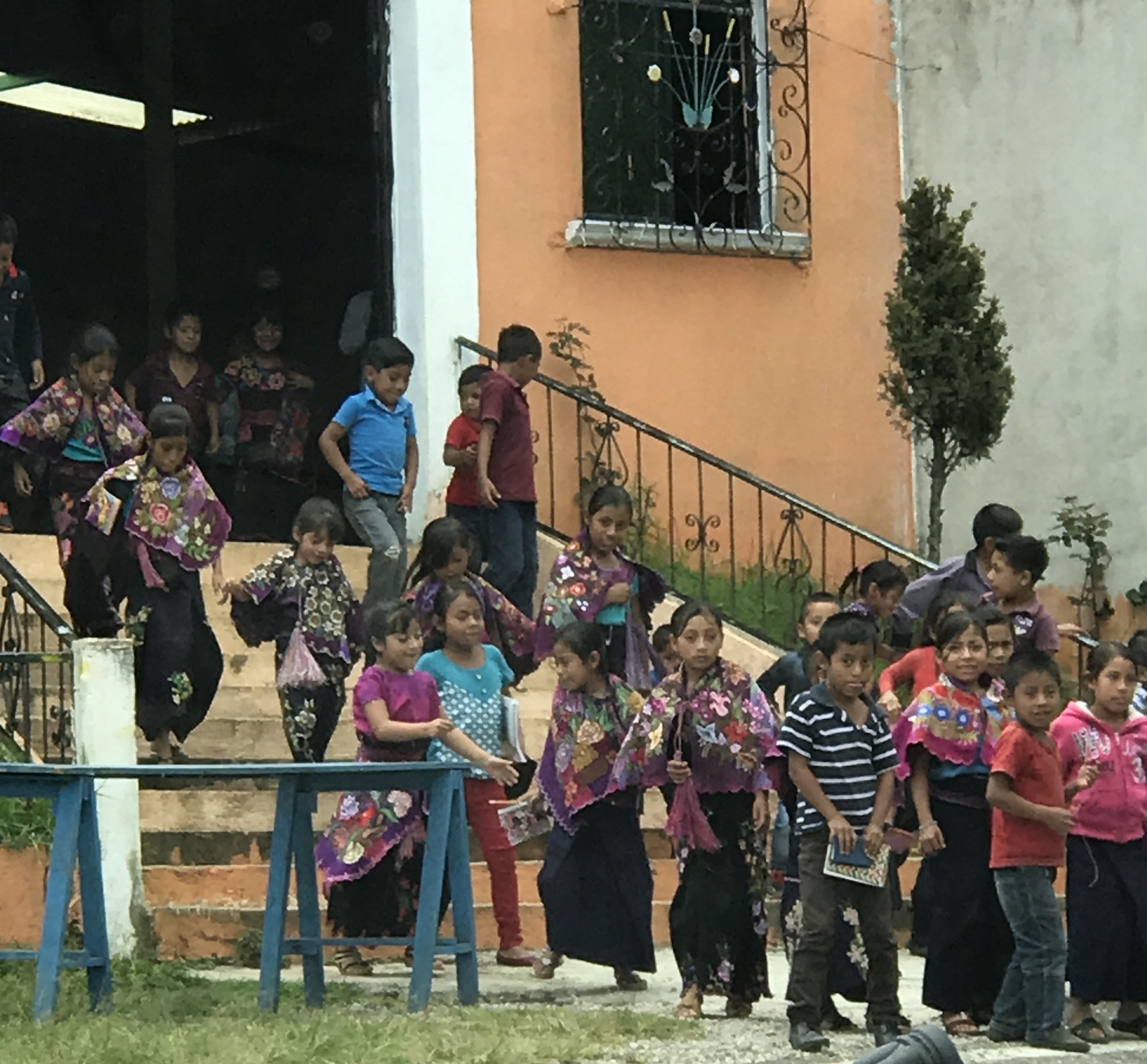 Up next, San Cristobal de las Casas, Chiapas and some road blocks in that area!  Keep watching………

2 responses to “Chiapas state- A few nights in the capital, Tuxtla!”