Many years ago a young Tasmanian woman traveled around the USA. Two different times, she stopped to visit Geneva. Now it was Geneva’s turn to visit Kate in Tasmania. It was a terrific visit! 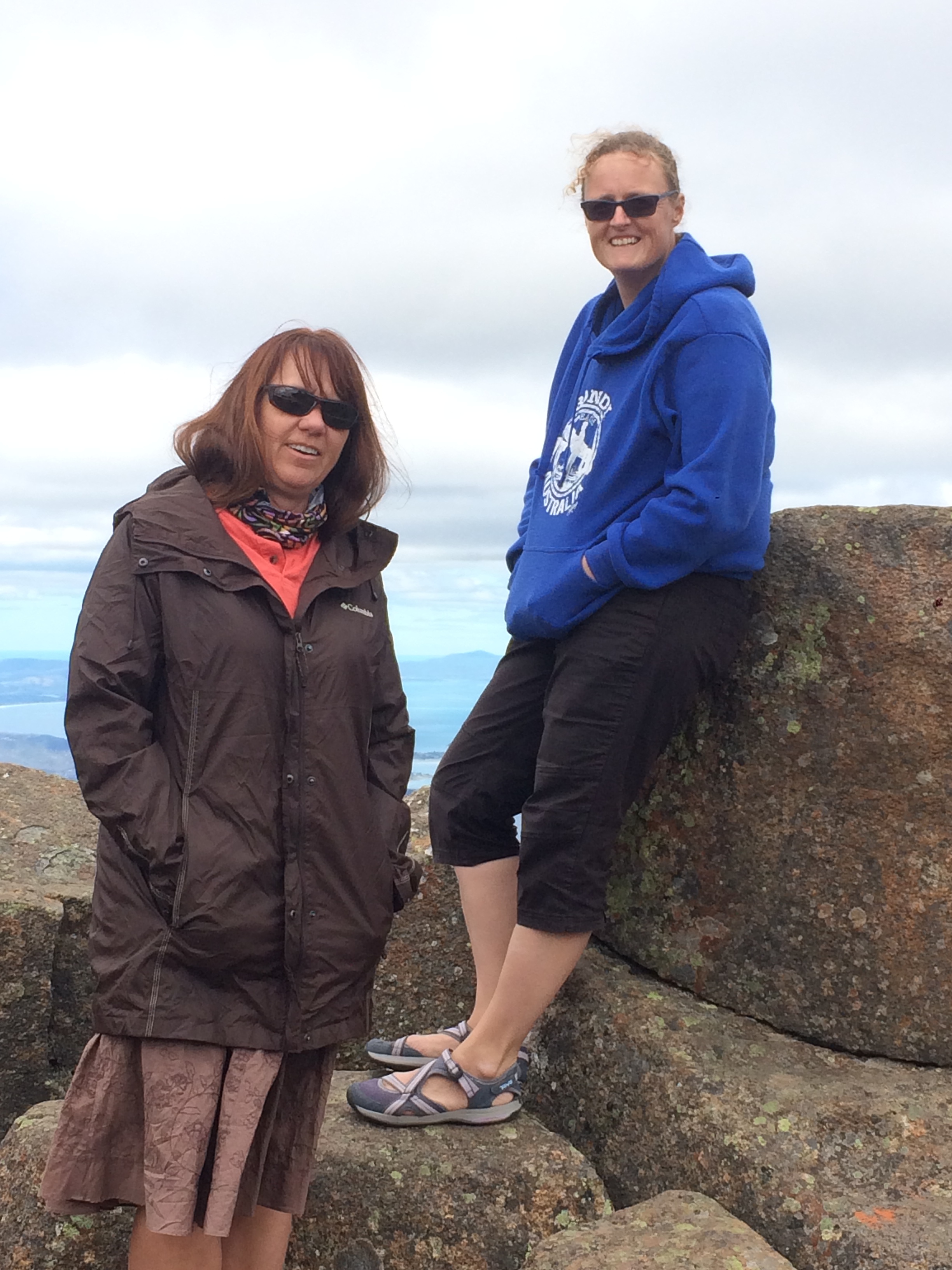 We flew to Tasmania from the mainland at Melbourne. The flight was simple and both airports offered that extra zing of loading/unloading right on the tarmac. Kate and two enthusiastic and curious kids met our arrival in Launceston. We were quickly settled into their home on hundreds of acres of a beautiful farm. 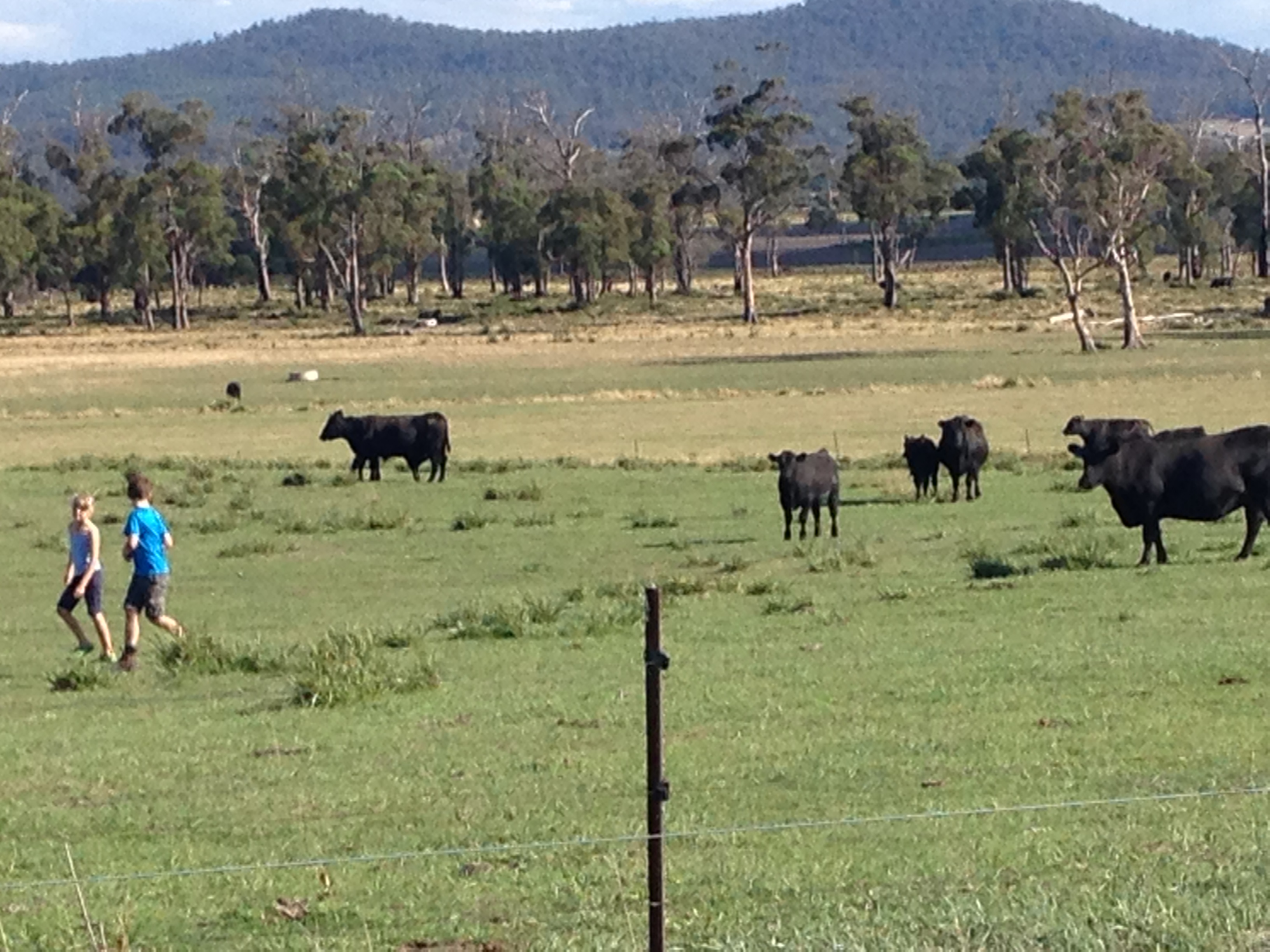 After dropping them off at work the next morning, we absconded with the car and headed North up the Tamar River. We toured the Platypus House and Seahorse House. The platypuses were adorable and frisky. The tour guide was snarky and harsh.

The seahorses were a booming industry in the aquarium trade and we loved the information we learned. 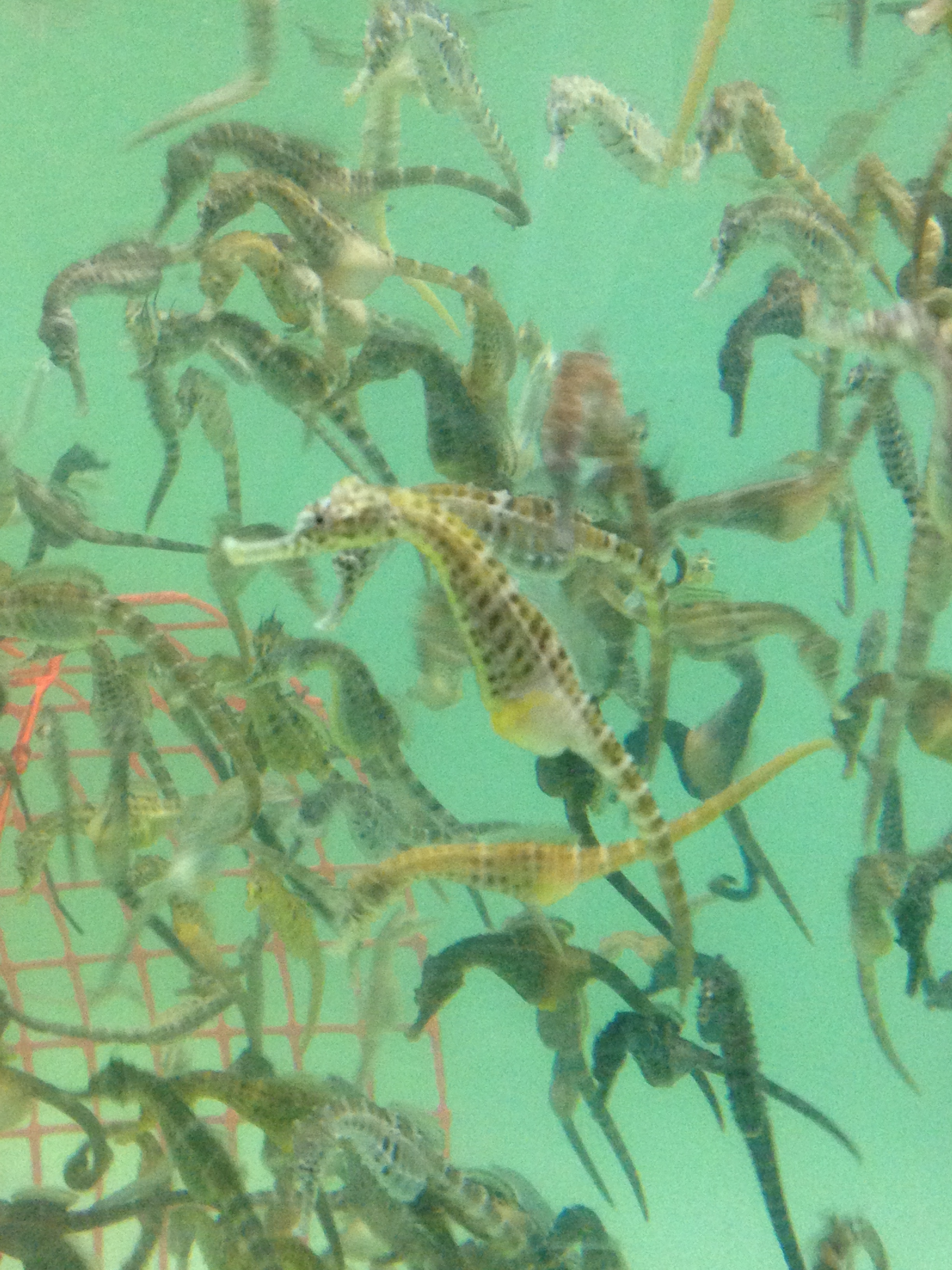 We ordered from a take-away counter (carry out in a mini-mart). There we learned that a hamburger with “the lot” will include a meat patty, a fried egg, beetroot, leg ham, lettuce, tomato, mustard and tomato sauce and it will be huge! The local beachcomber closely watched our sandy, beachside picnic. 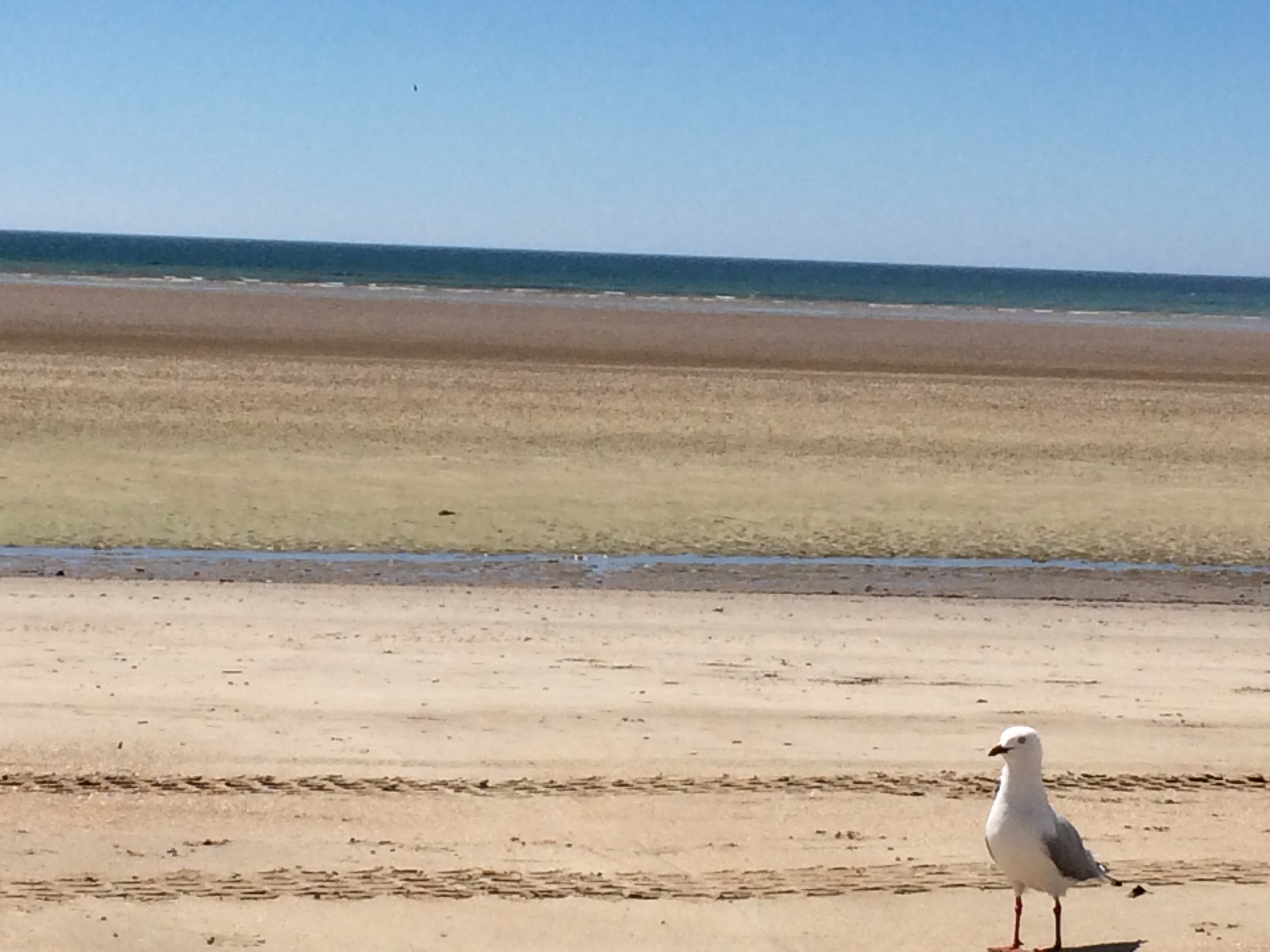 That evening at the house we met Kate’s husband who whipped up a delicious dinner of traditional steak sandwich. But the only thing traditional about this one was the white bread. He works for Cape Grimm Beef and has access to some of the most delicious, grass-fed beef in Australia. And he knows how to cut a thick, juicy steak! Sorry, no food photo as it was devoured too quickly!

The next day after the drop off and car theft we were off to Launceston (or Lawny as they call it). We arrived before our destination was open, so we walked around and looked in shop windows. Then sat down for a breakfast (always rather high-priced in Australia) of scrambled eggs on toast. 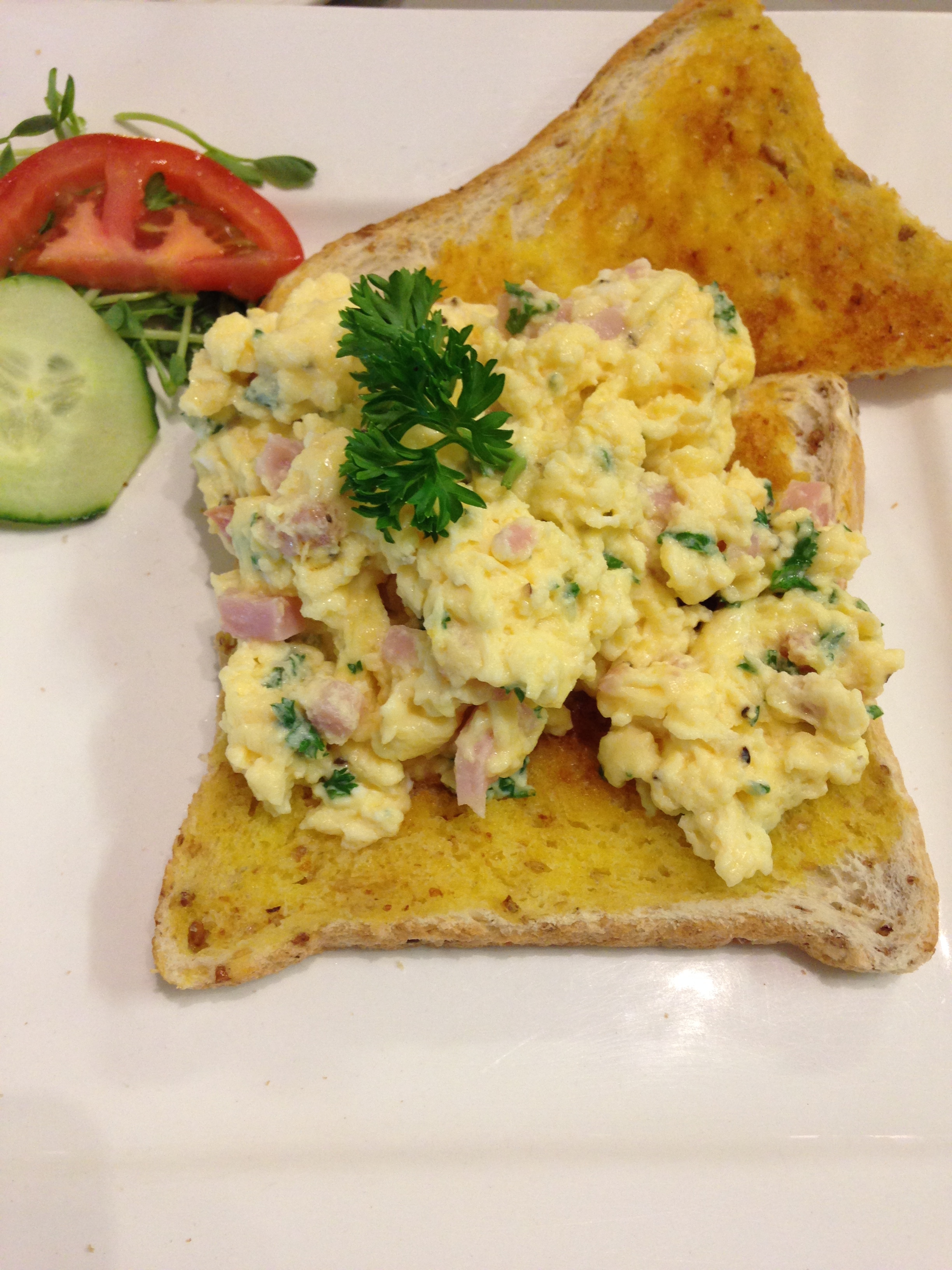 With a little more time to waste, we stopped in the BRAAP motorcycle dealer. This is a low-cost bike that is owned and produced in Australia. We loved the models, features and pricing, but they are hard to ship to the US. 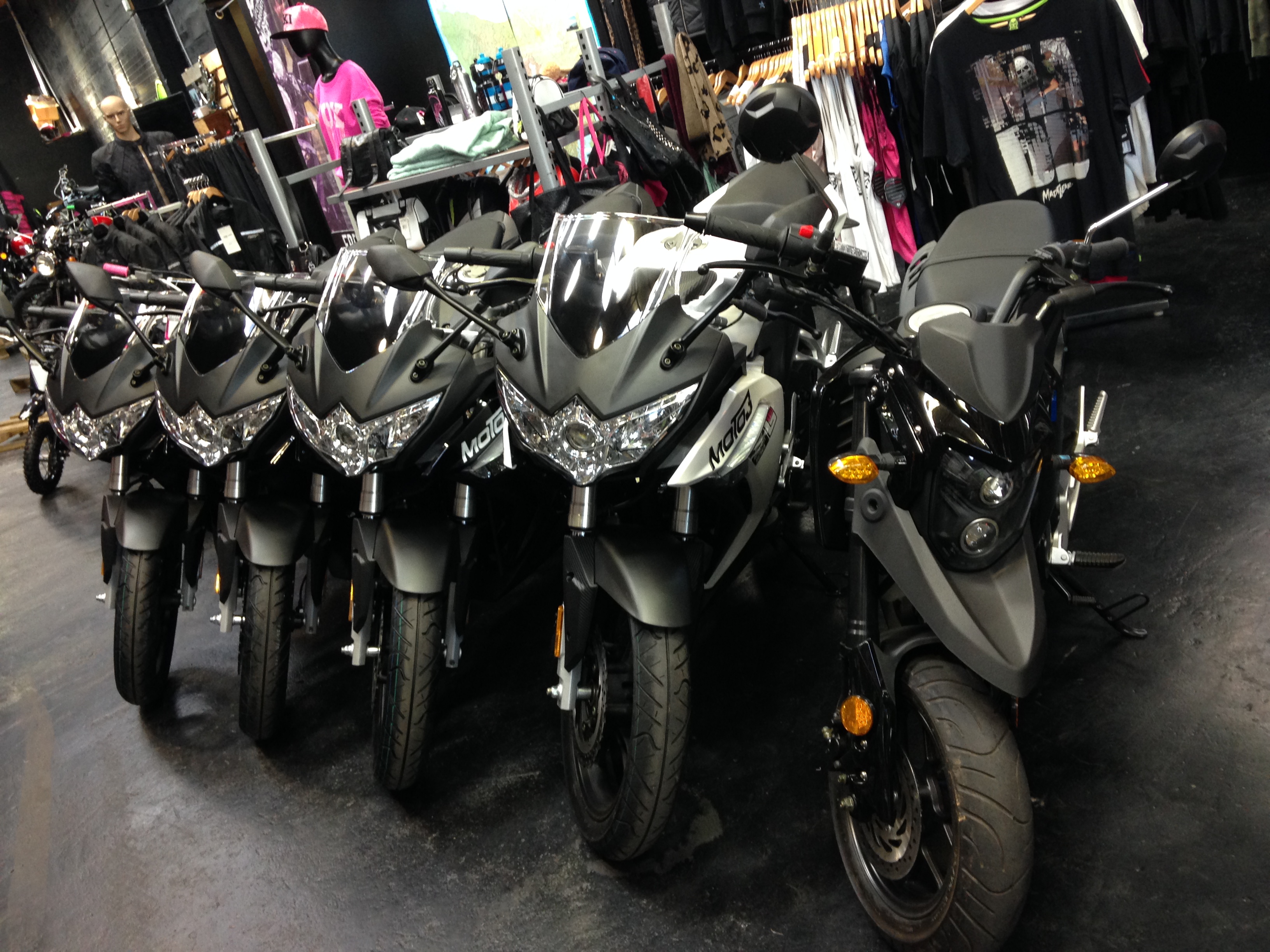 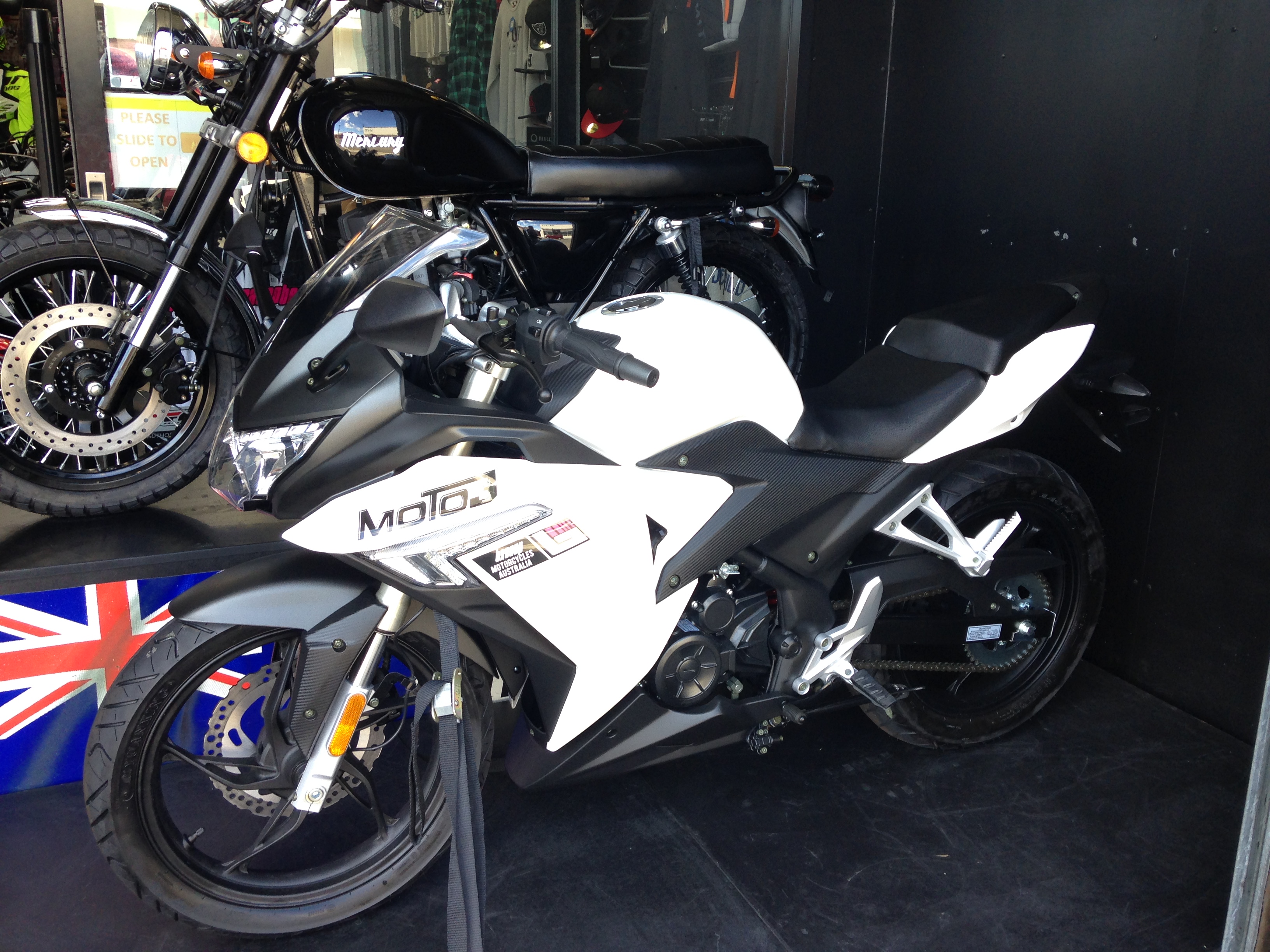 Finally the Automobile Museum opened and we were in. It was a small building packed with interesting cars. Many of which are similar to familiar models, but with right hand drive and slight differences. We did find one with an Arizona license plate. 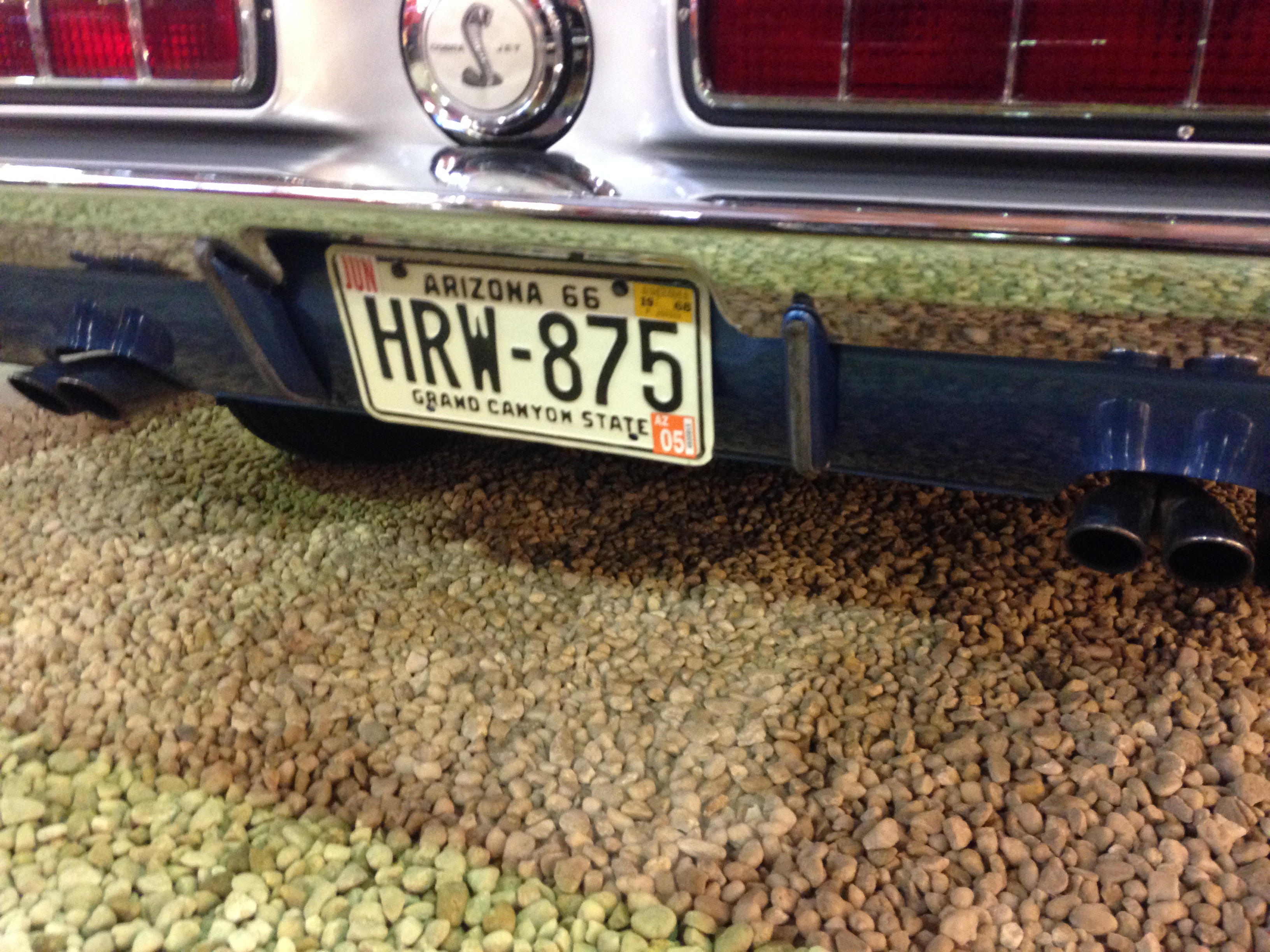 And noticed that one of their most coveted muscle cars was a four-door. Australia has an extensive network of racetracks including grand prix and oval. There will be more Australian automobiles featured in another post.

We also explored Cataract Gorge, a beautiful riparian area along the riverbanks near the city. The trails, bridges and swimming pool provide a cool, relaxing break for residents and visitors. We enjoyed the warm sunshine and canyon views for a few hours. 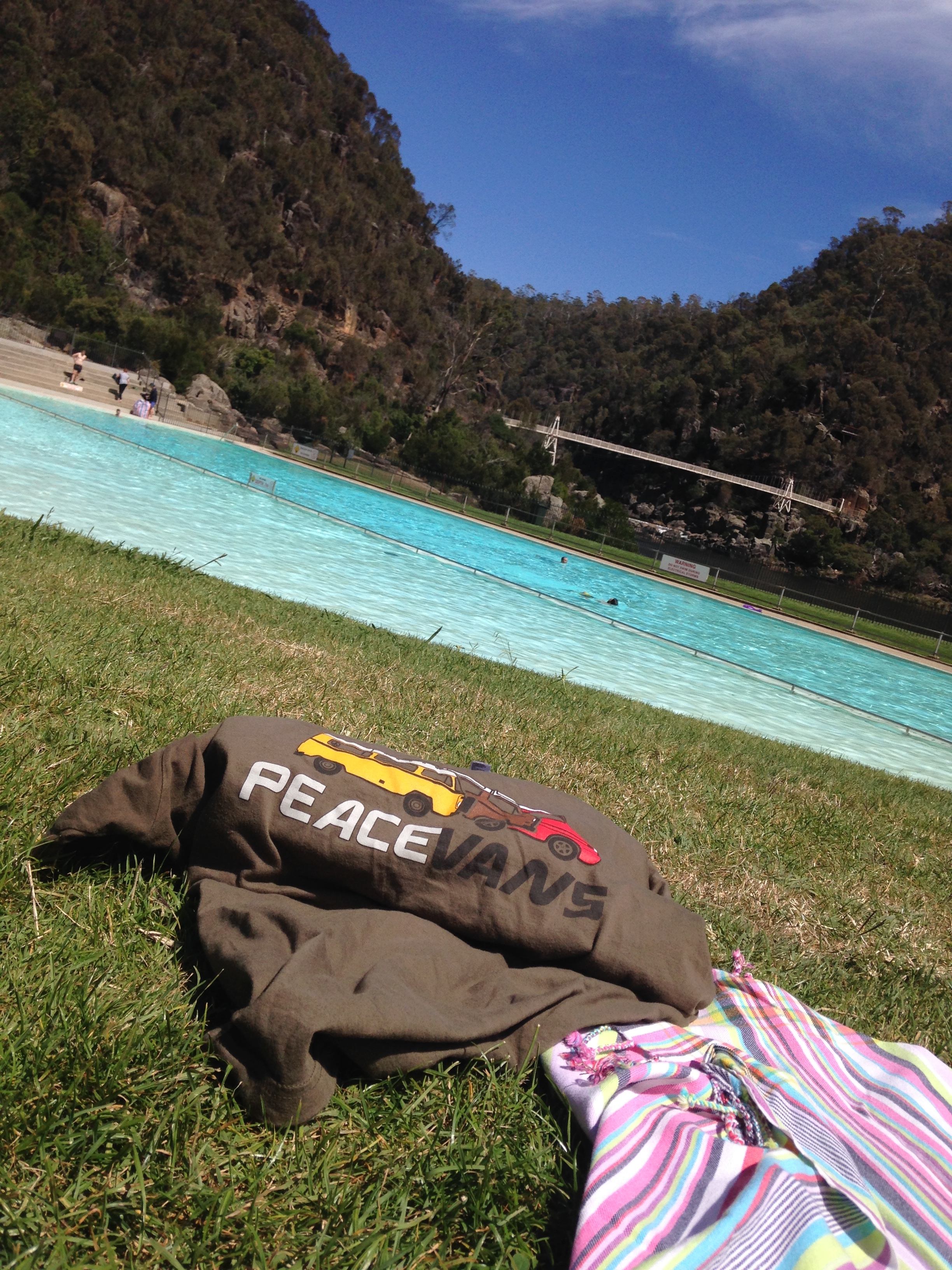 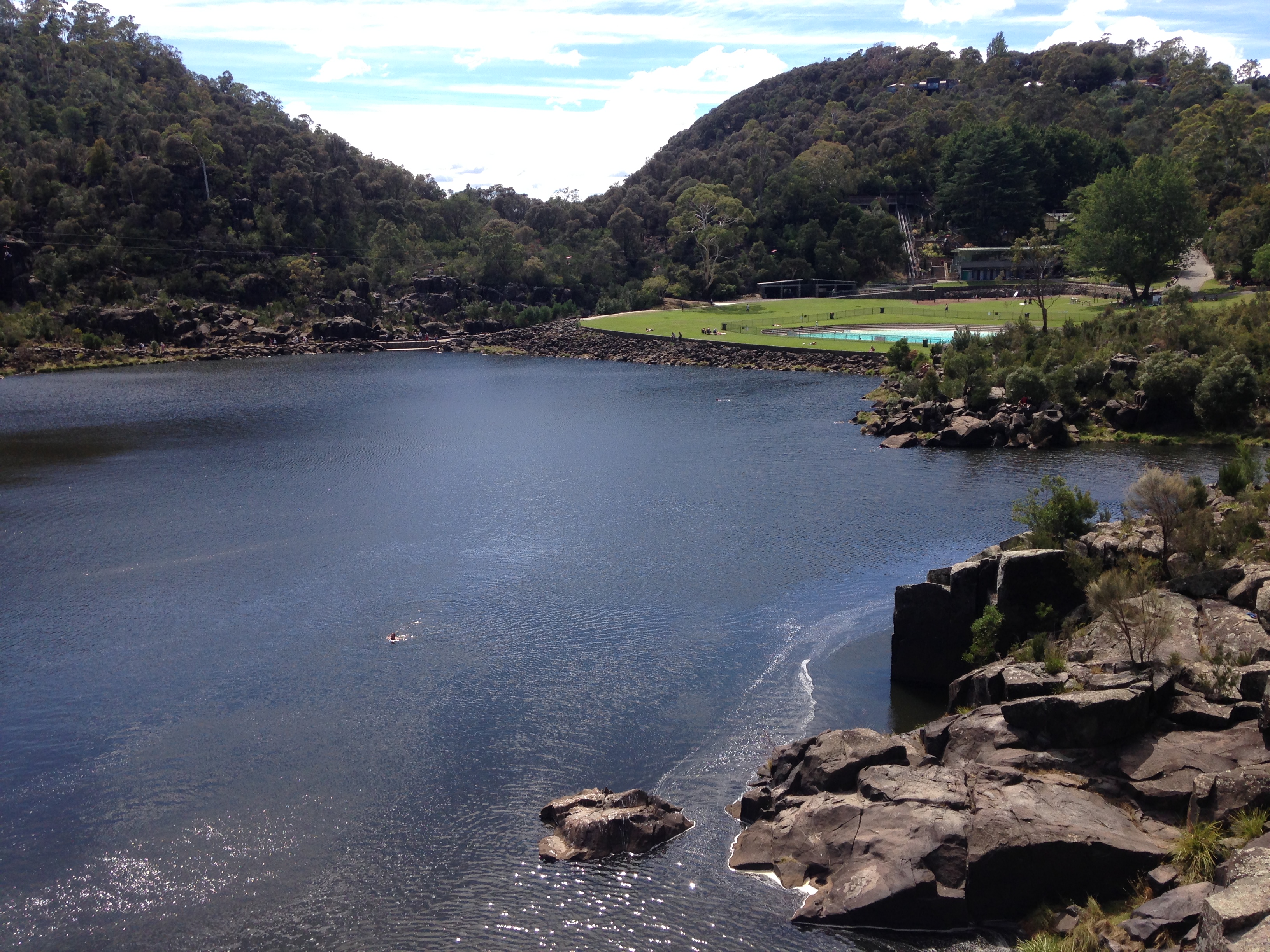 When the weekend arrived we were off for a tour the island state. Kate has family in Hobart so we worked our way through cattle and sheep farms towards the ocean port and beautiful bays of Hobart. 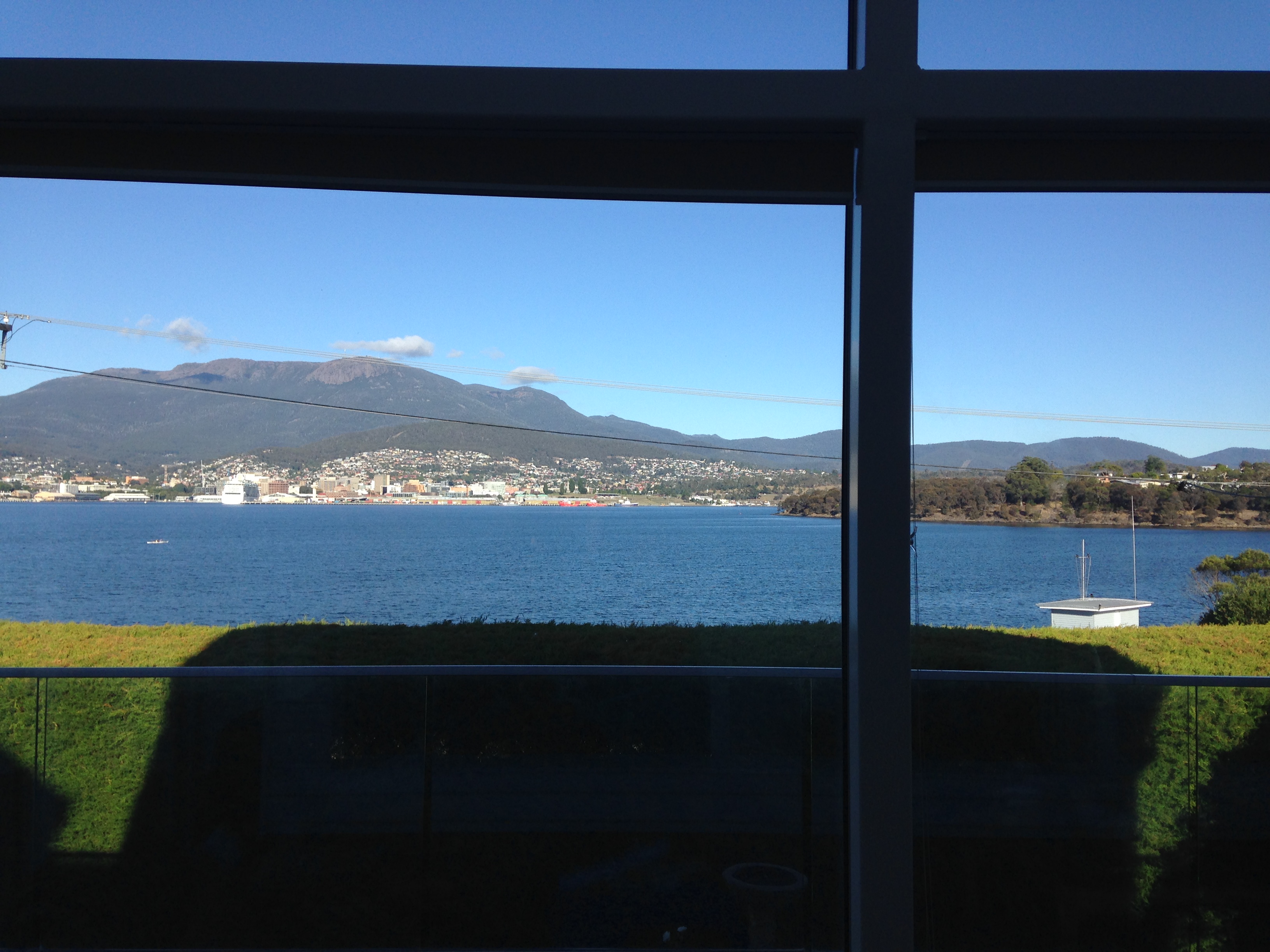 While in the big city we spent a few hours at the huge Salamanca Market (a street market with food and buskers as well as local and imported products) and the museum. Then we wound our way to the top of Mount Wellington. The views were amazing. 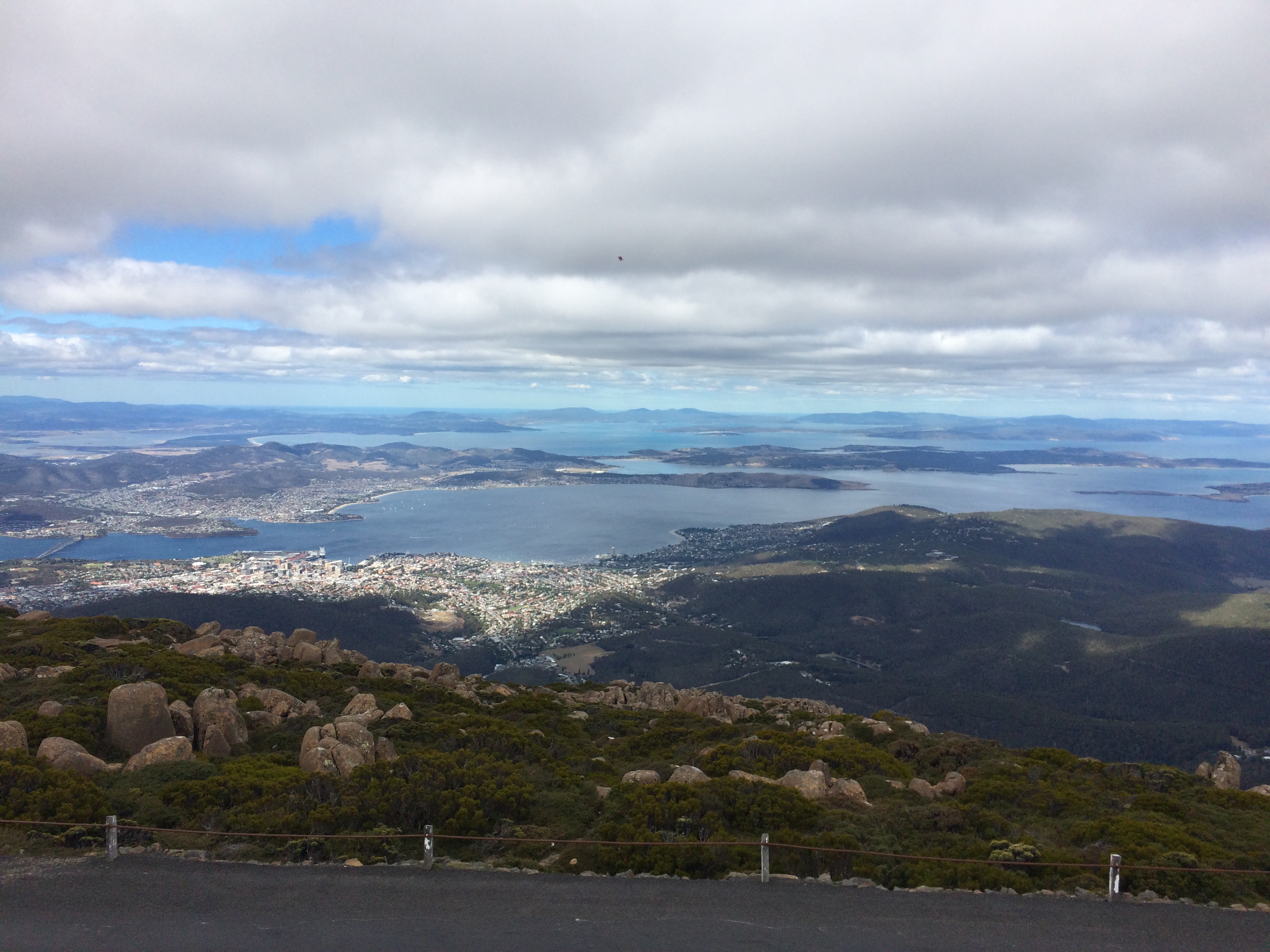 But the market walking and the mountain air made us drowsy so we returned to the house on the bay to relax. It was a terrific evening, relaxing for a while and sharing a delicious meal with Kate’s family. And after dinner, a stroll and a geocache grab! 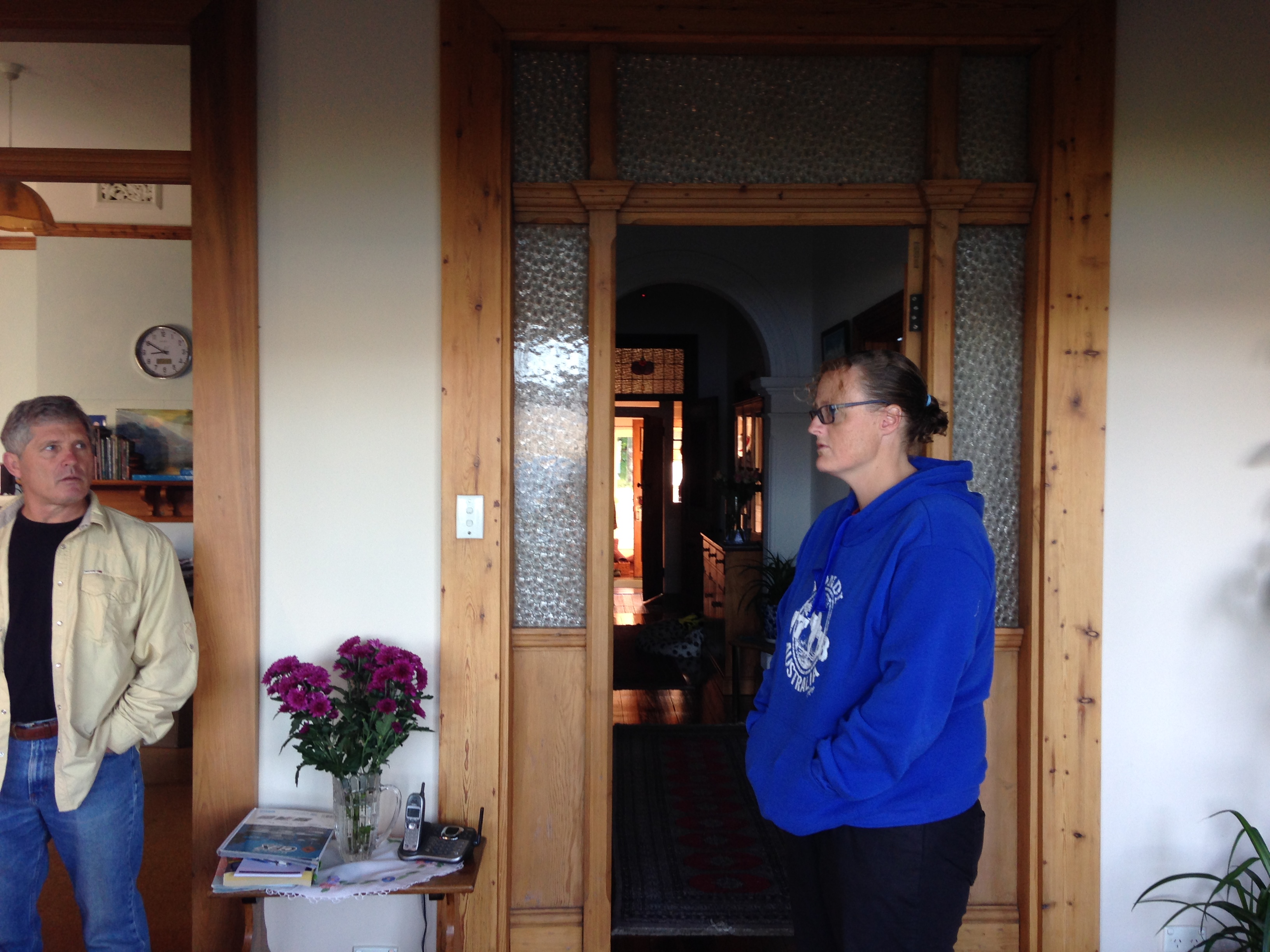 The next morning was an interesting drive to the Southernmost point of Tasmania, Port Arthur. 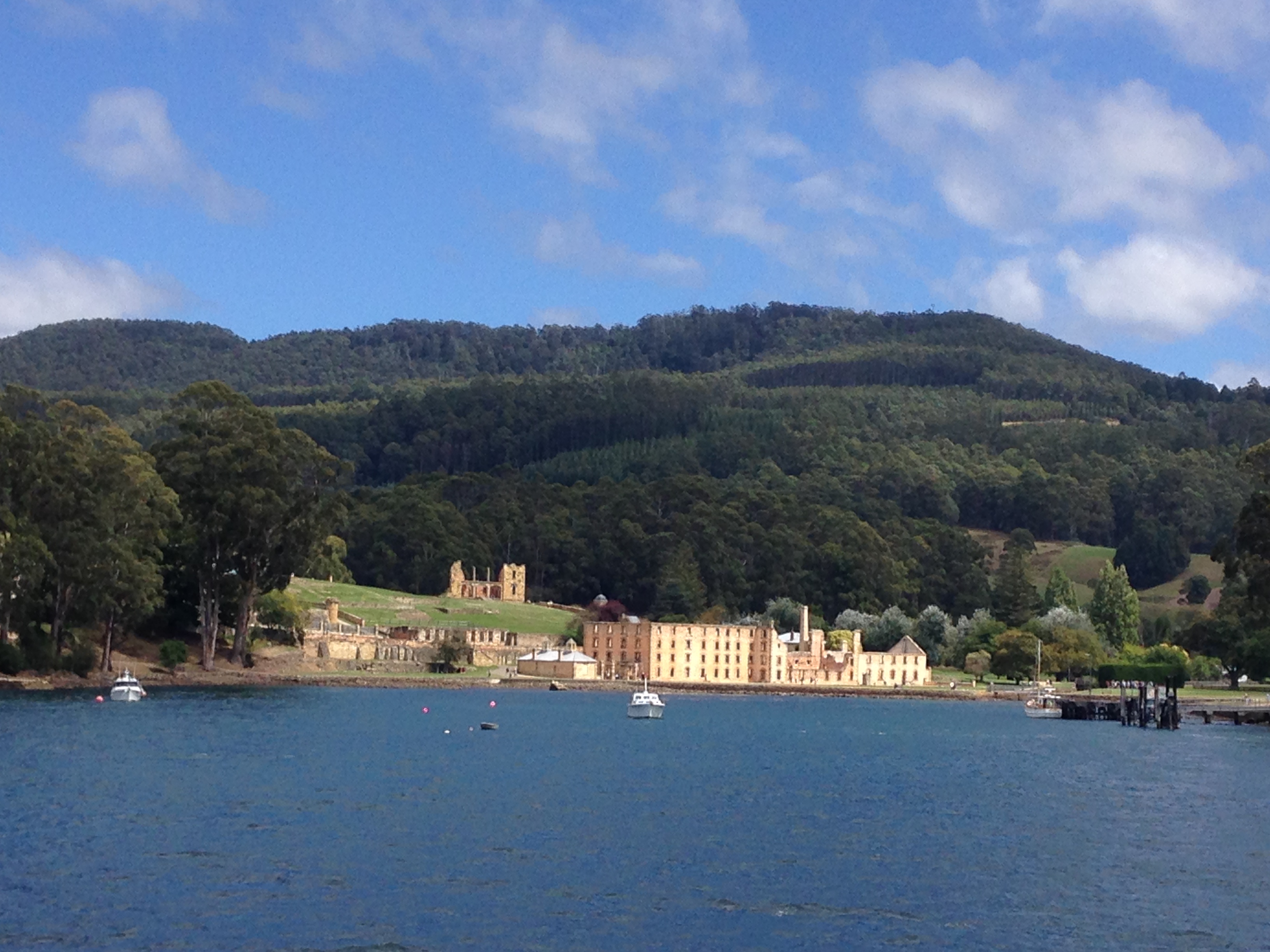 Port Arthurs history lesson was enthralling as we learned of the convicts who arrived here from England to serve, work, live and die in a country not yet formed. 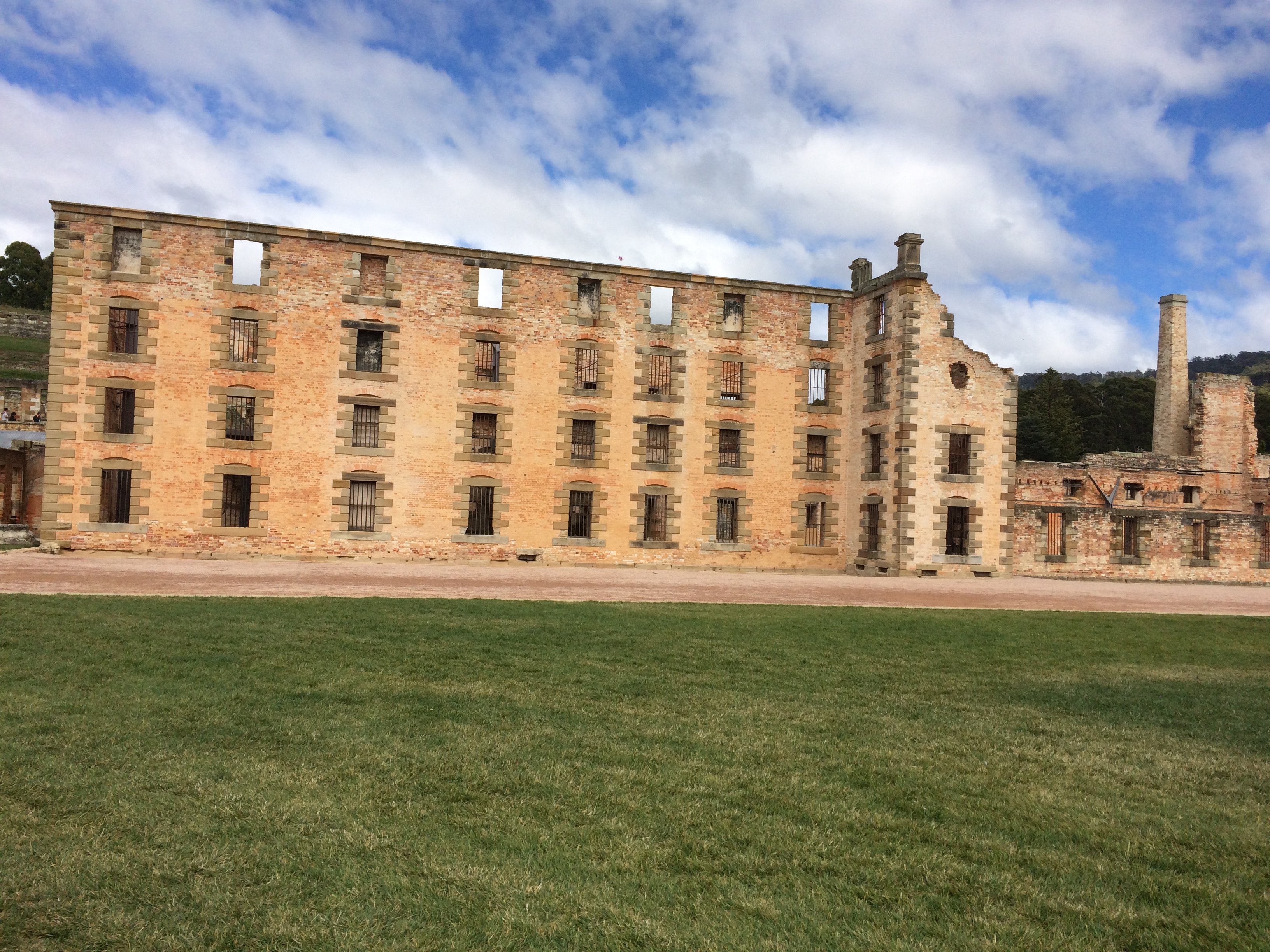 The buildings were made of convict-stone that was quarried from the bay. Most structures are still standing. The church pews were actually individual boxes for each prisoner to stand in, so they could not see each other but only watch the sermon. 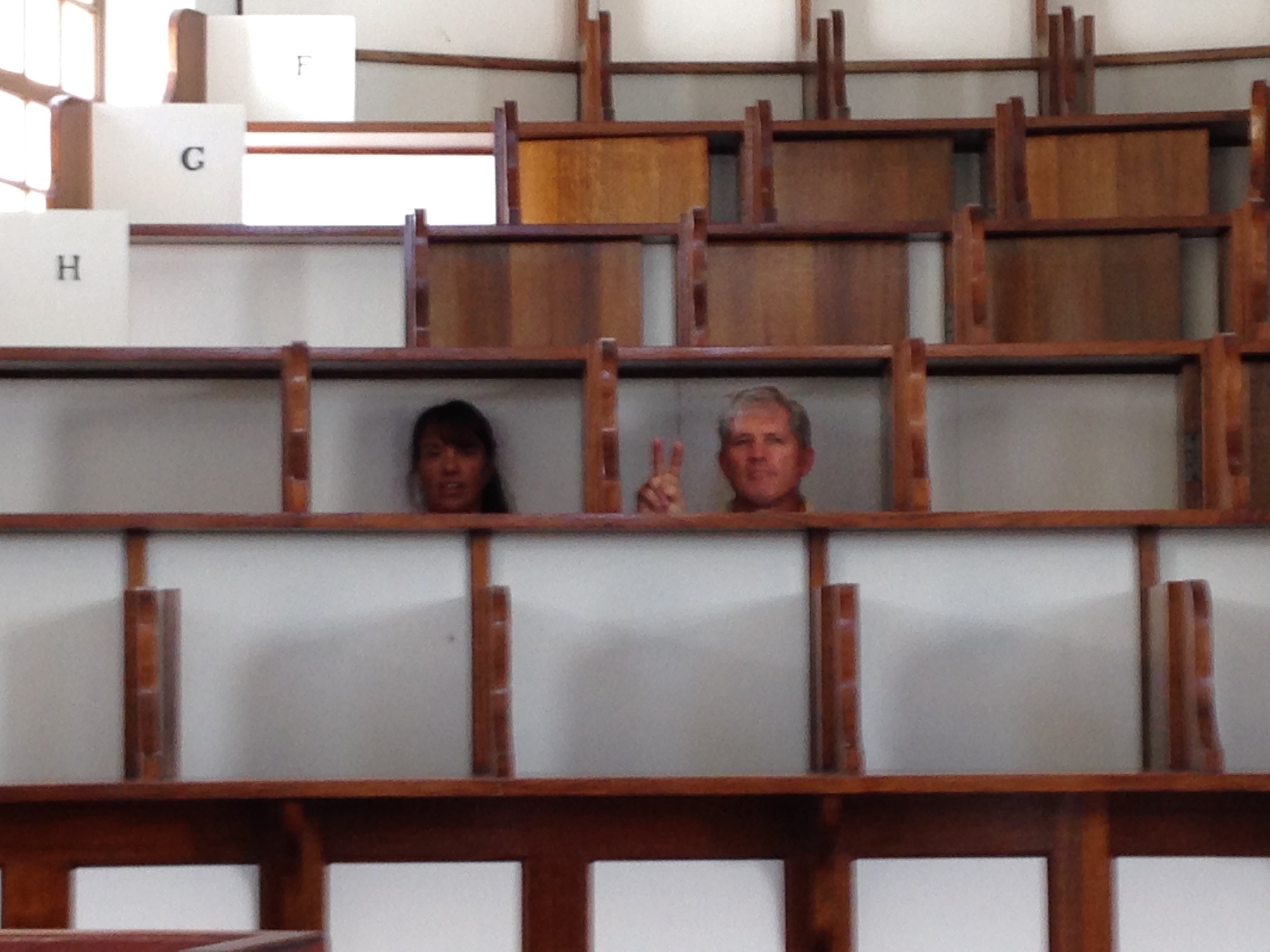 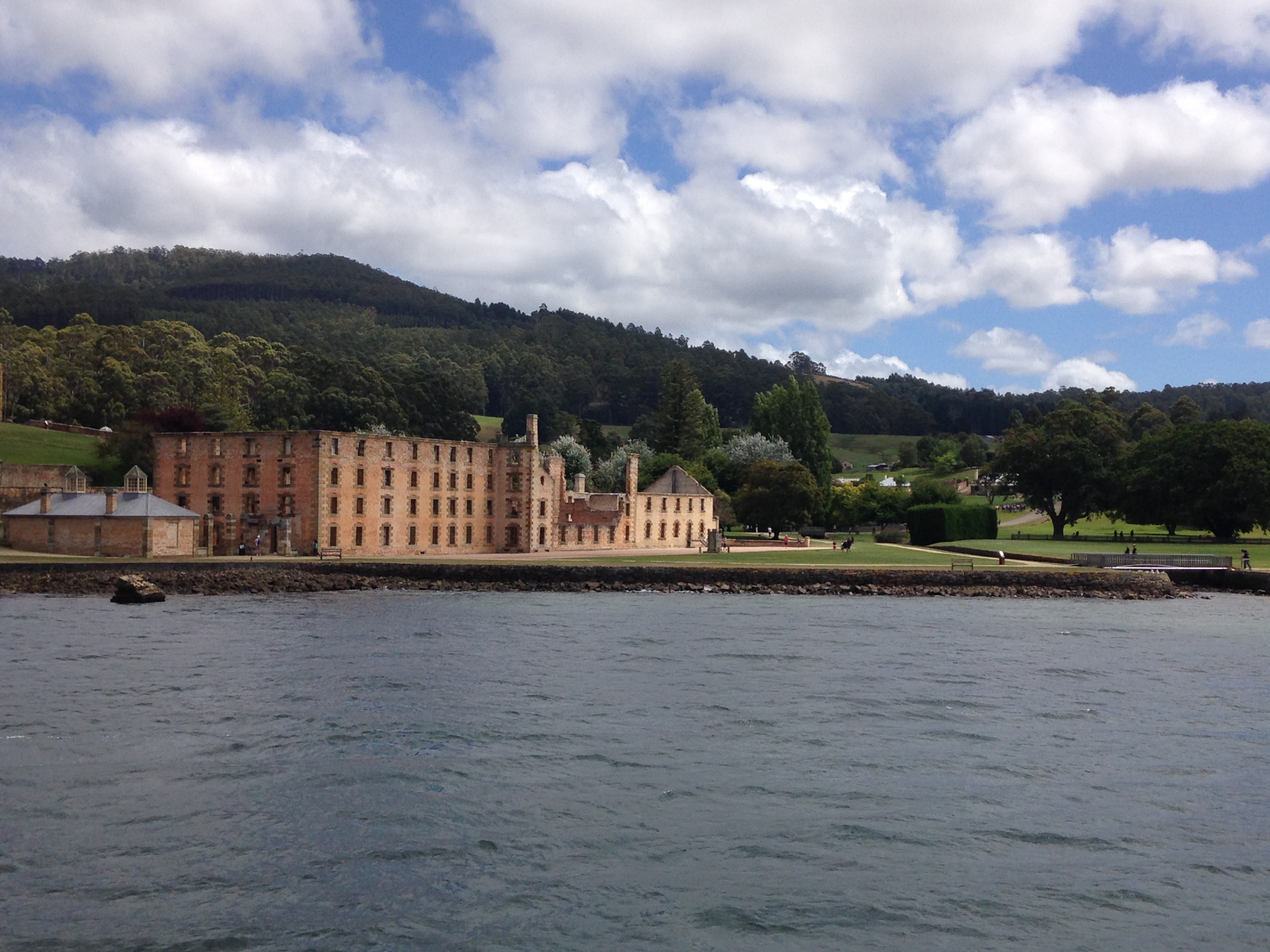 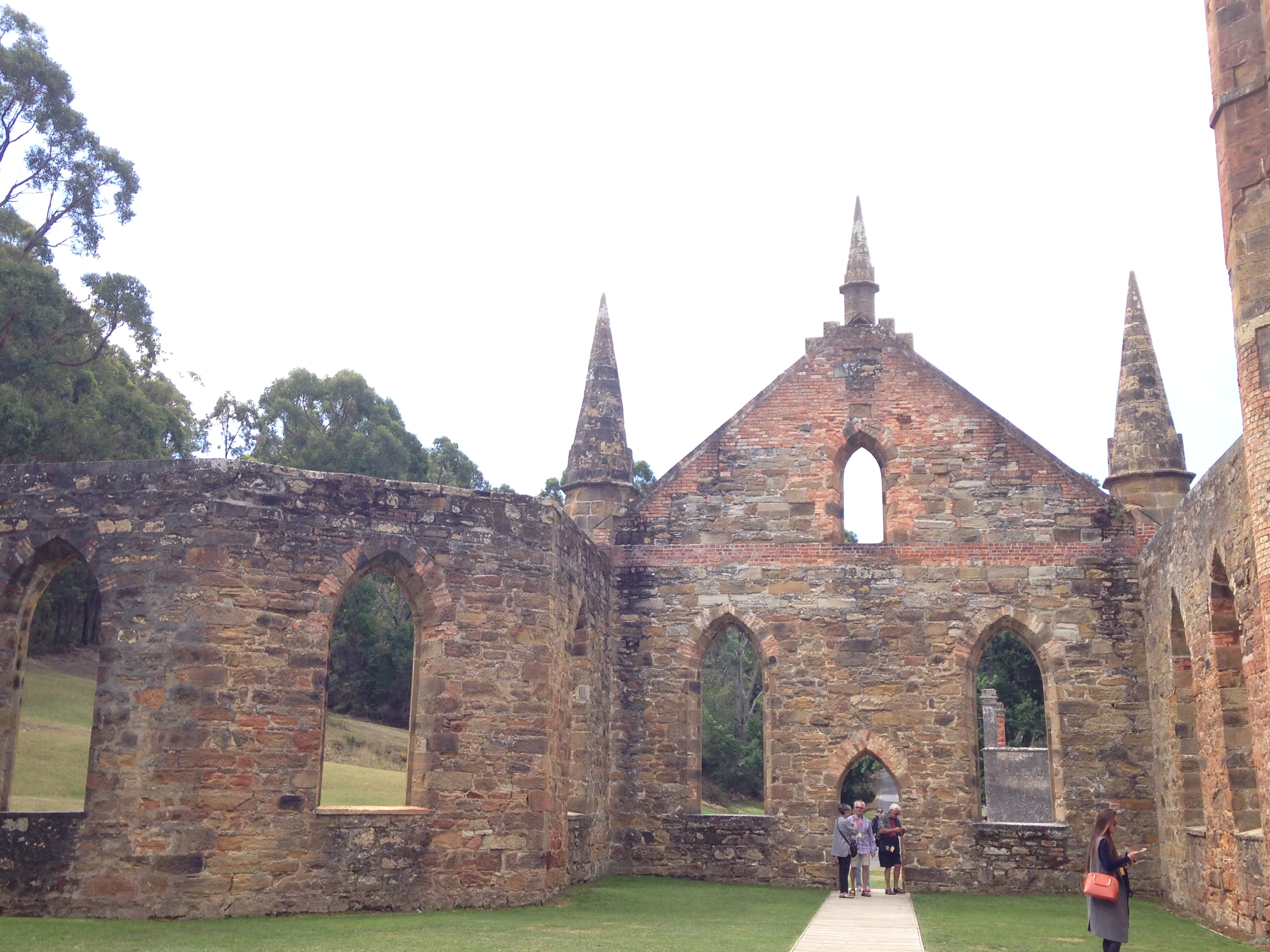 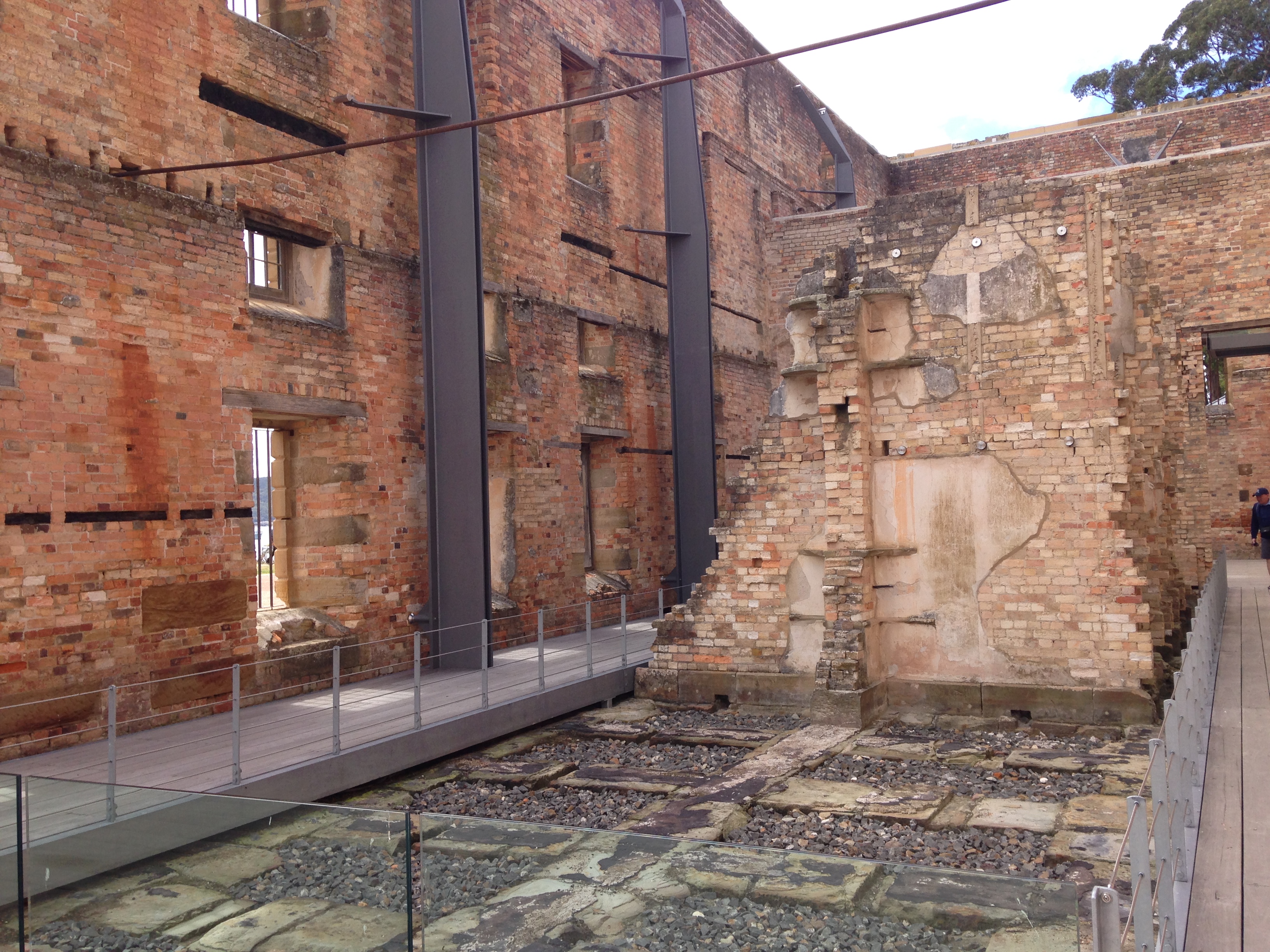 After Port Arthur we saw a few more highlights of Tasmanian scenery.

We stopped at the blowhole and Remarkable Cave and an overlook beautiful coastline. This is probably as close as we will ever be to Antarctica! 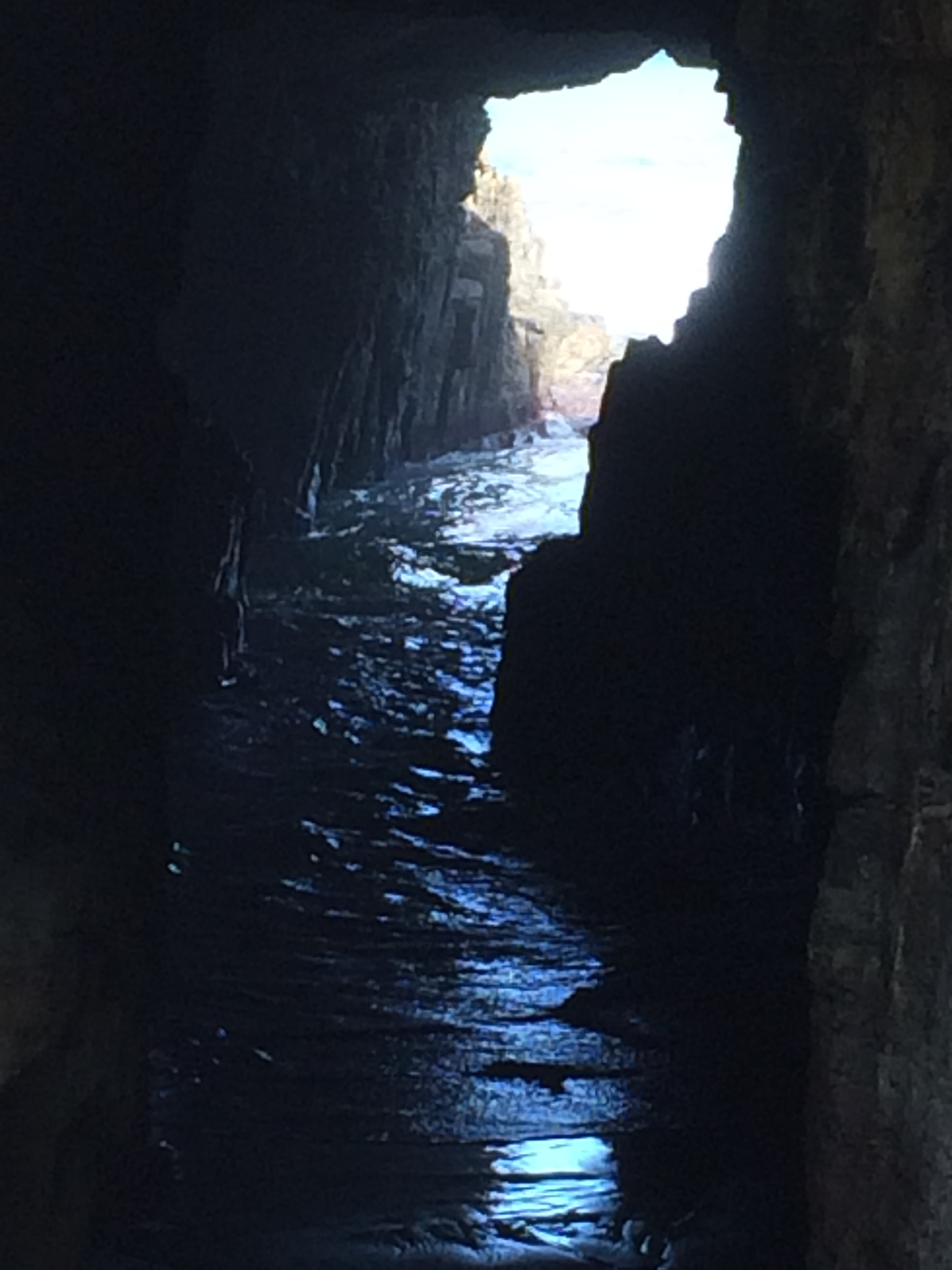 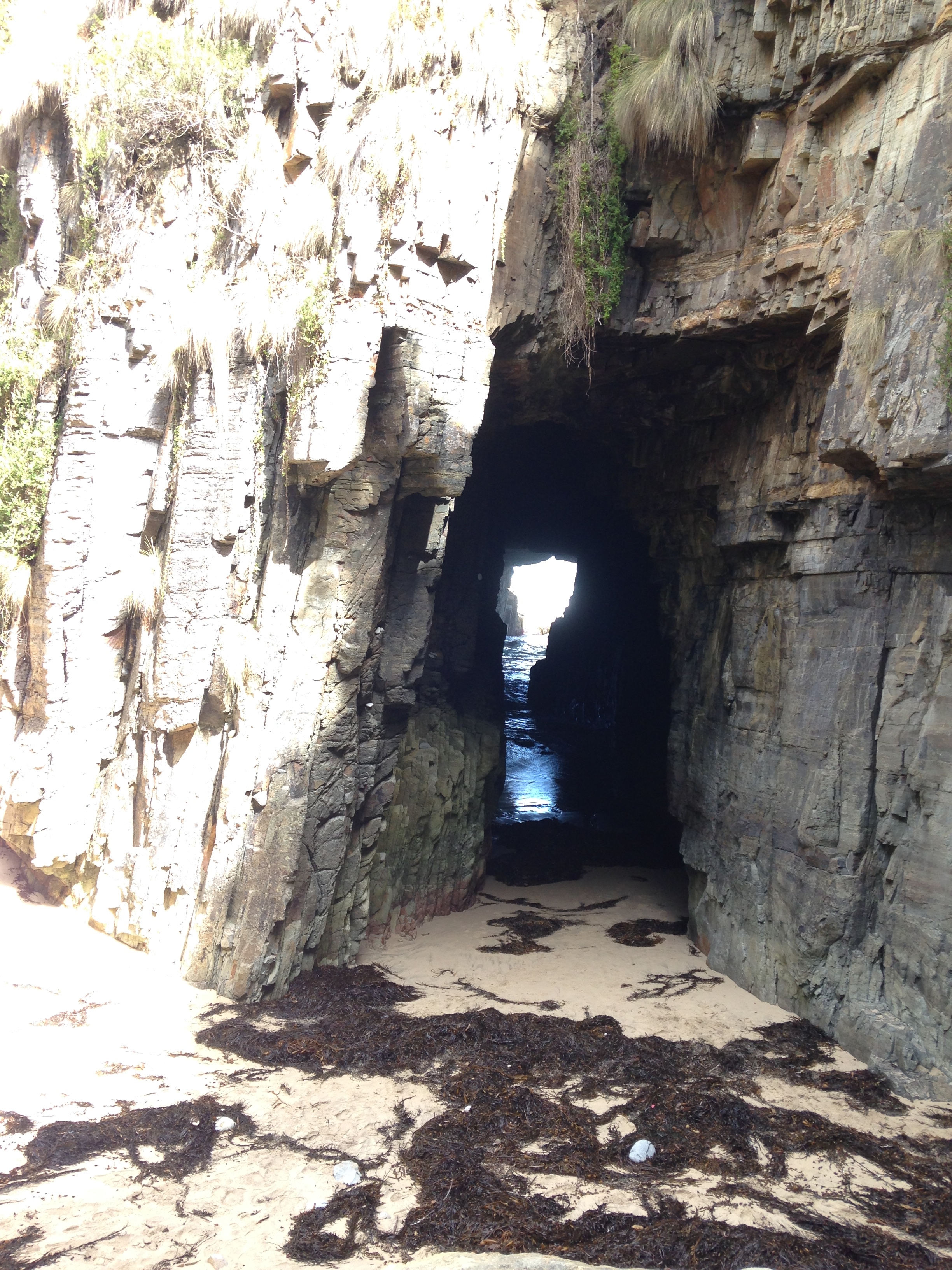 On our final day in Tasmania we walked to Lilydale Falls 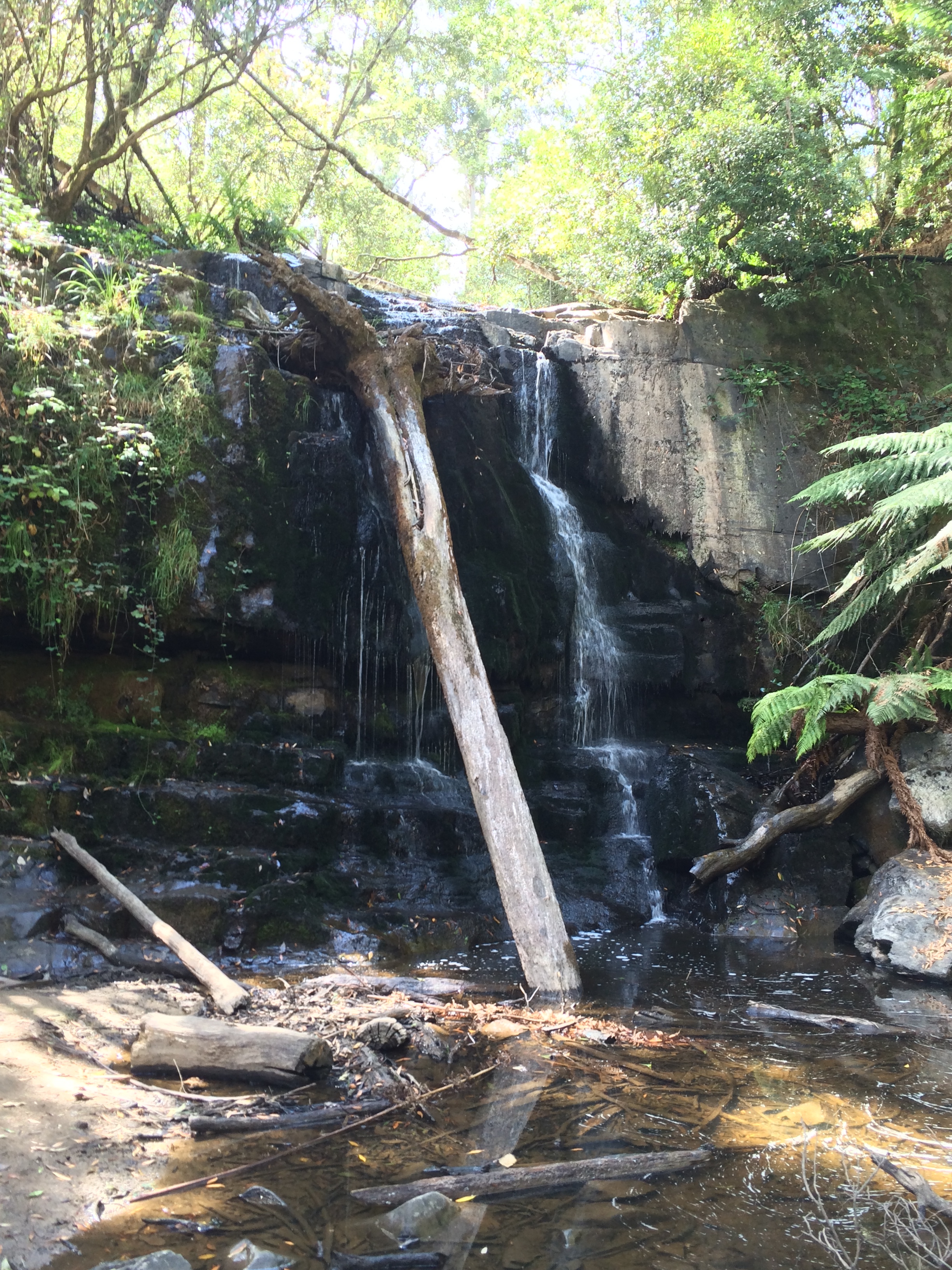 and a local military museum.

Then it was time to catch a flight back to the mainland. It was a great way to end our visit with a wonderful family on this beautiful island state. Adios, Tasmania! 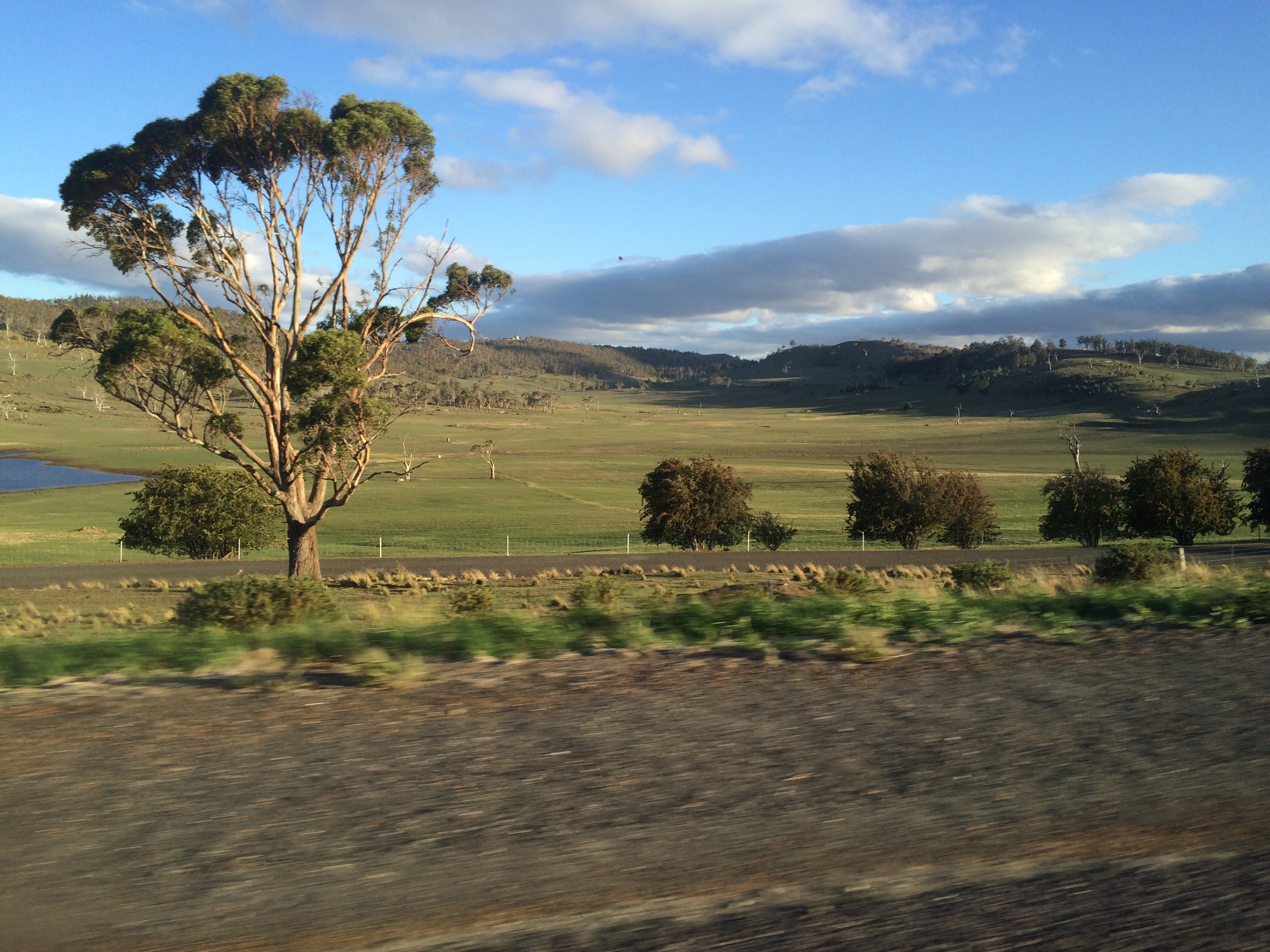 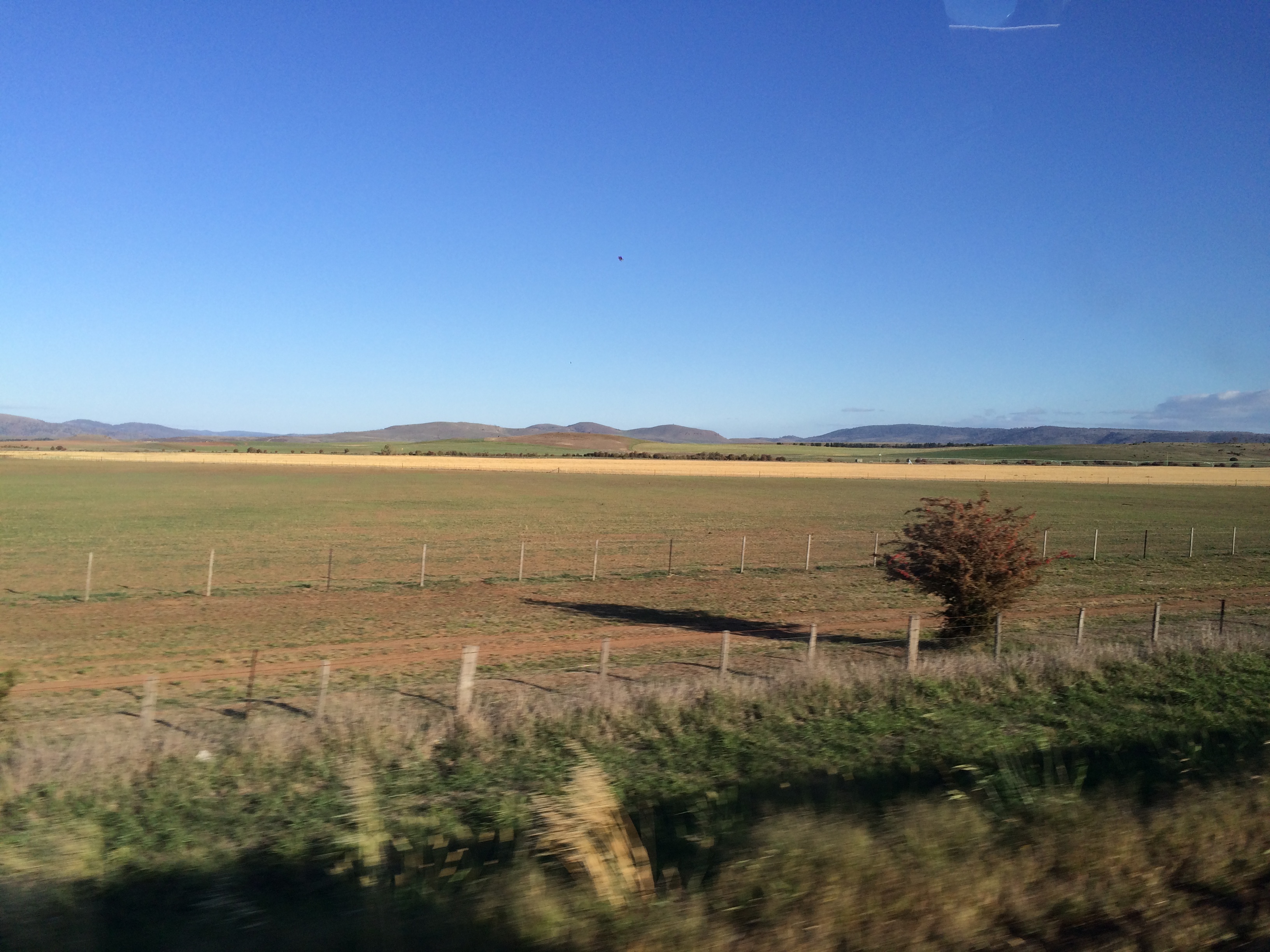 One thought on “Tasmania- the island of Australian farm-country”