Leaving the coast of Brazil and traveling into the hill country meant that we were seeing beautiful grassy fields and experiencing more comfortable temperatures.   The scenery was amazing, as we passed by.  This was nothing like the Brazil we had experienced thus far.  Even the housing styles were very different than what we observed in the other states. 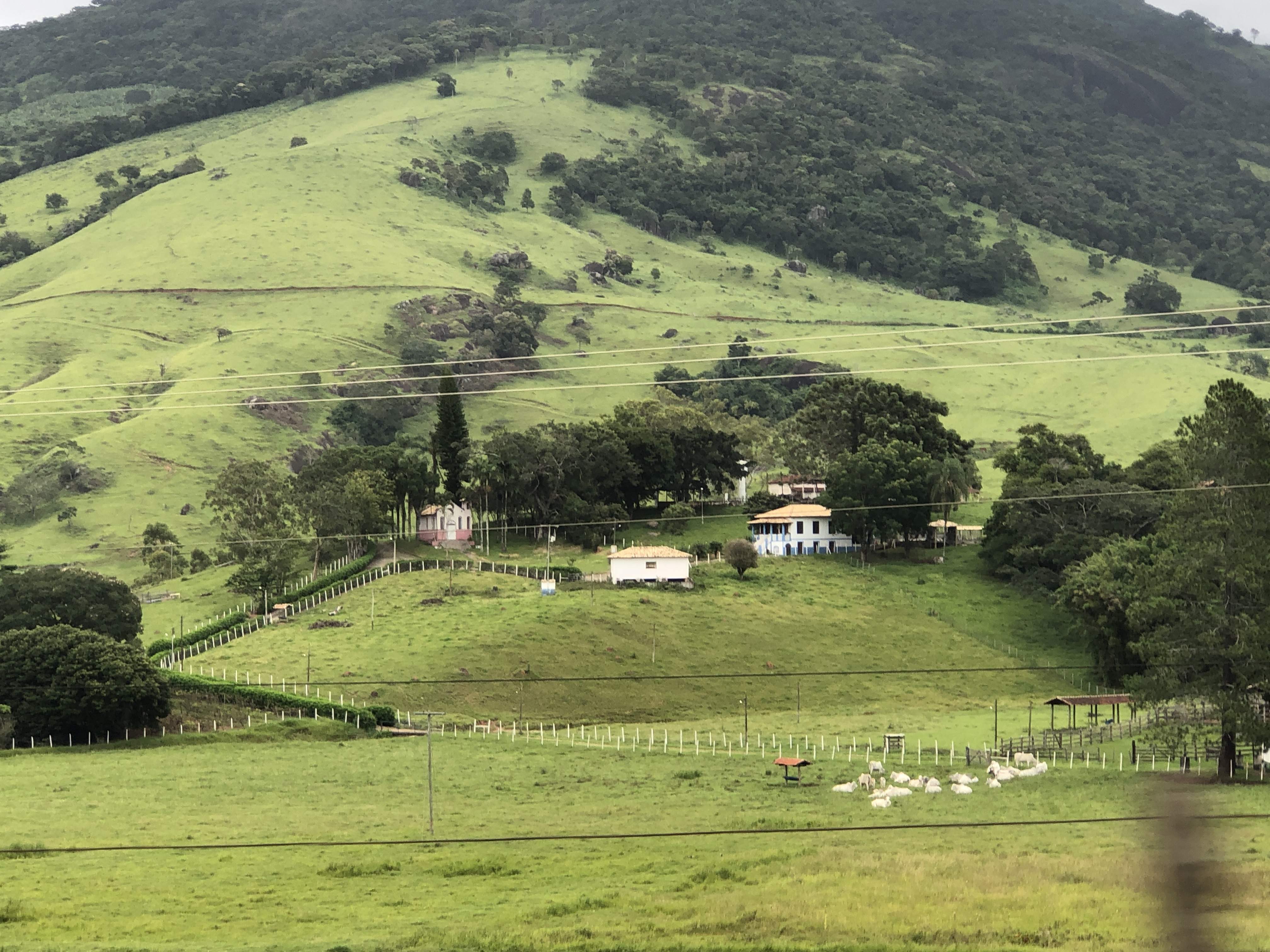 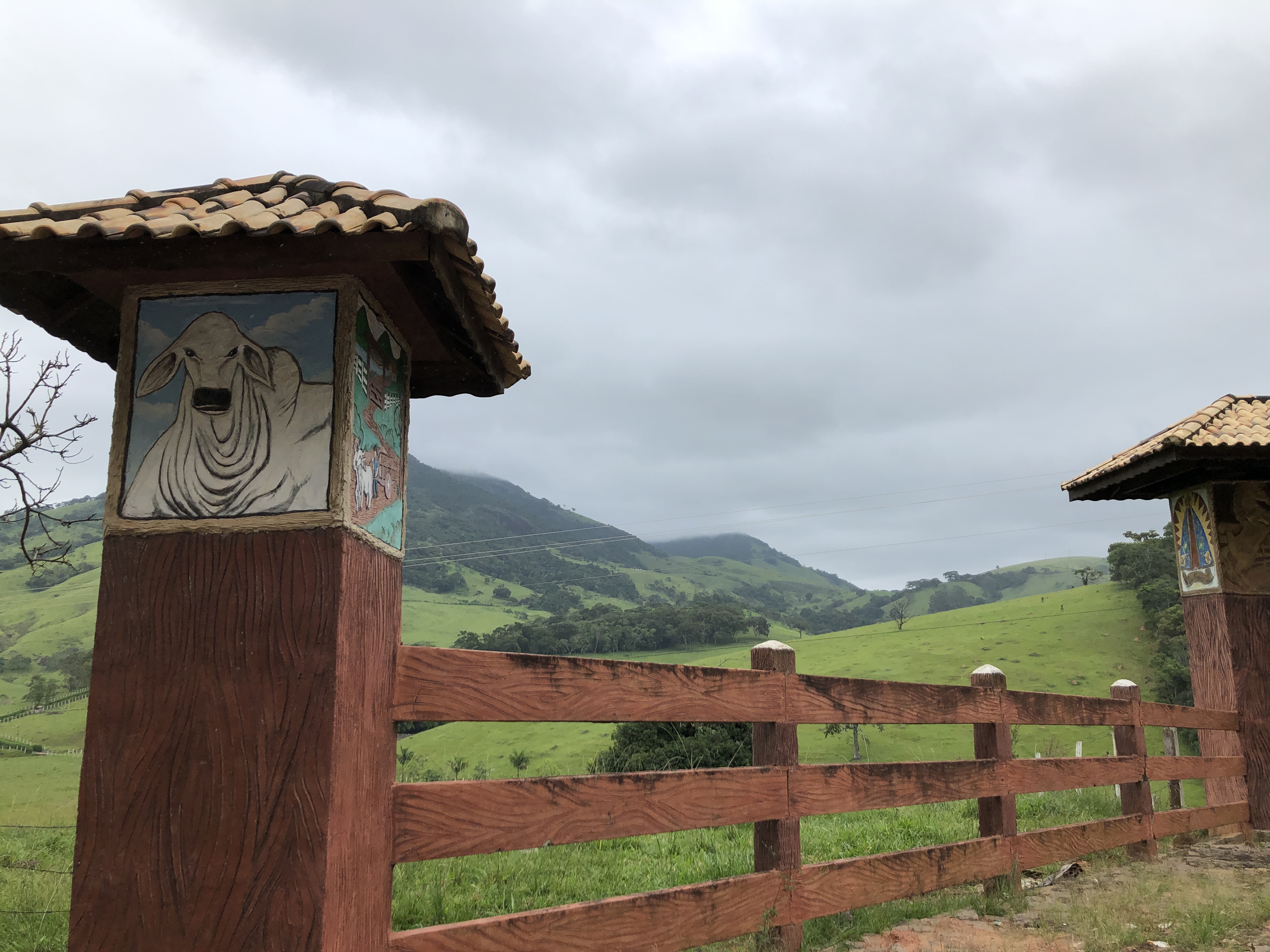 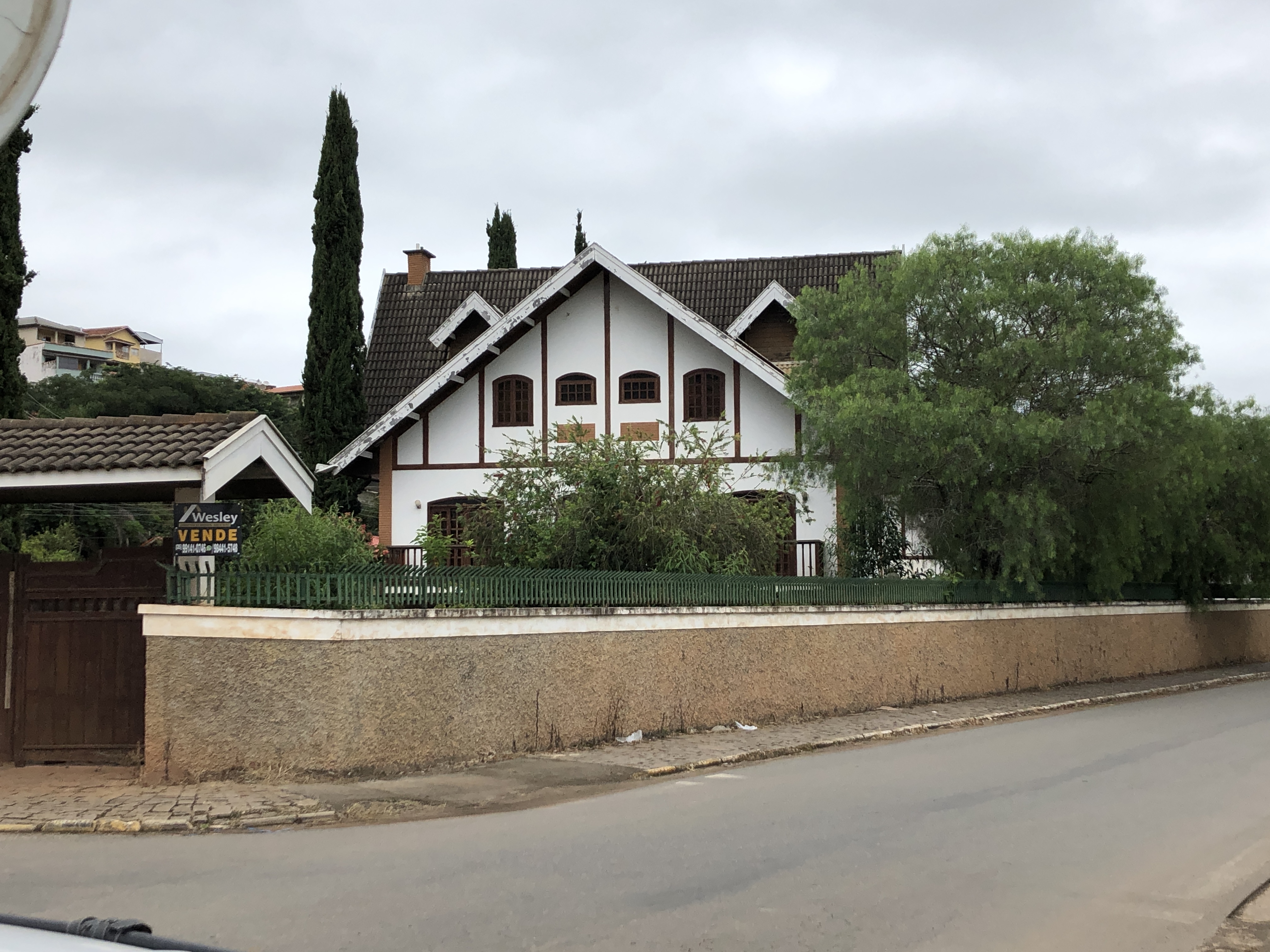 We stopped near a beautiful lake surrounded by grassy, rolling hills.  The temps were terrific and the locals were super friendly and curious.   A man stopped to chat and ask questions, then later returned with his family and shared some avocados with us.  So kind. 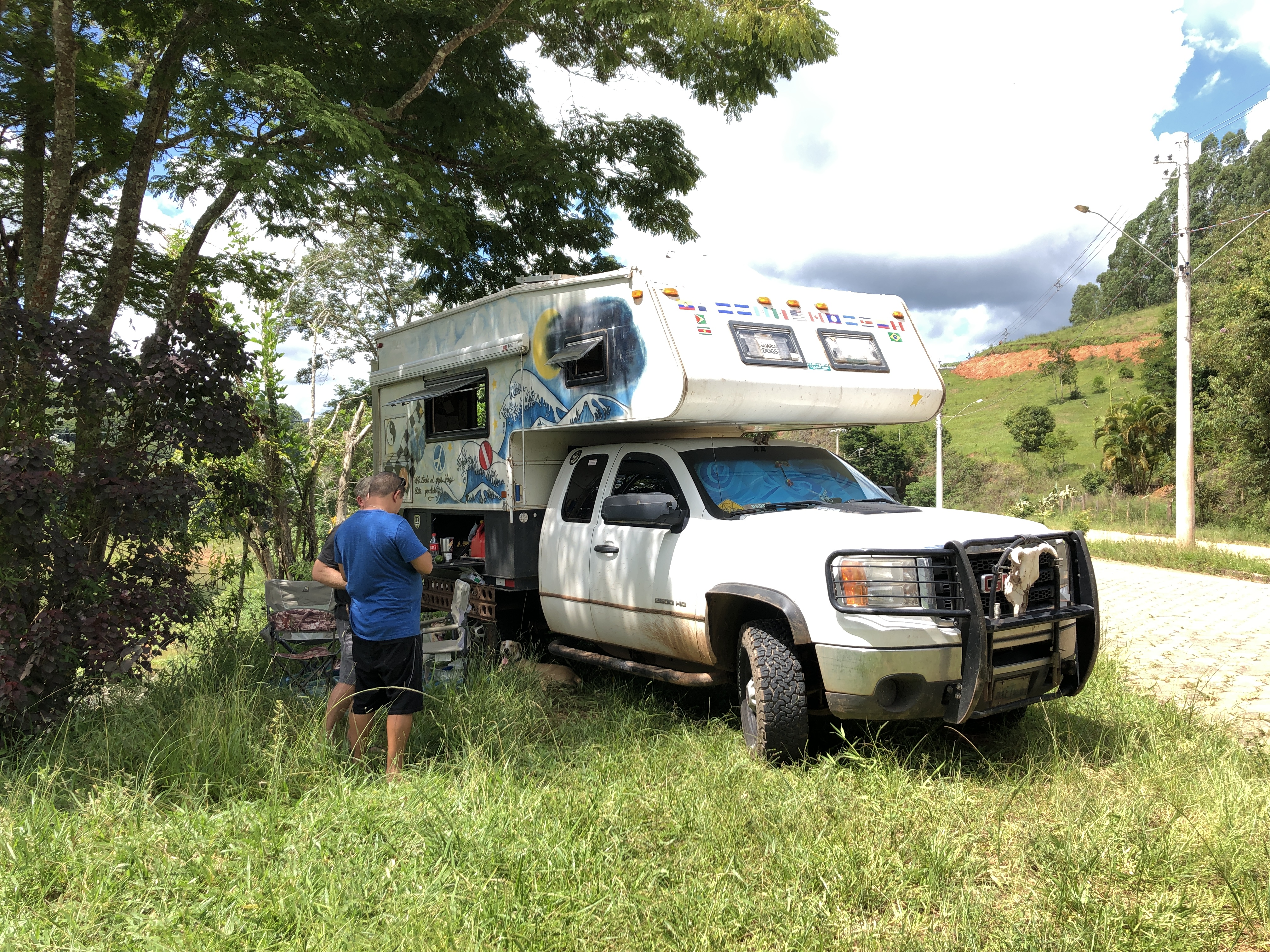 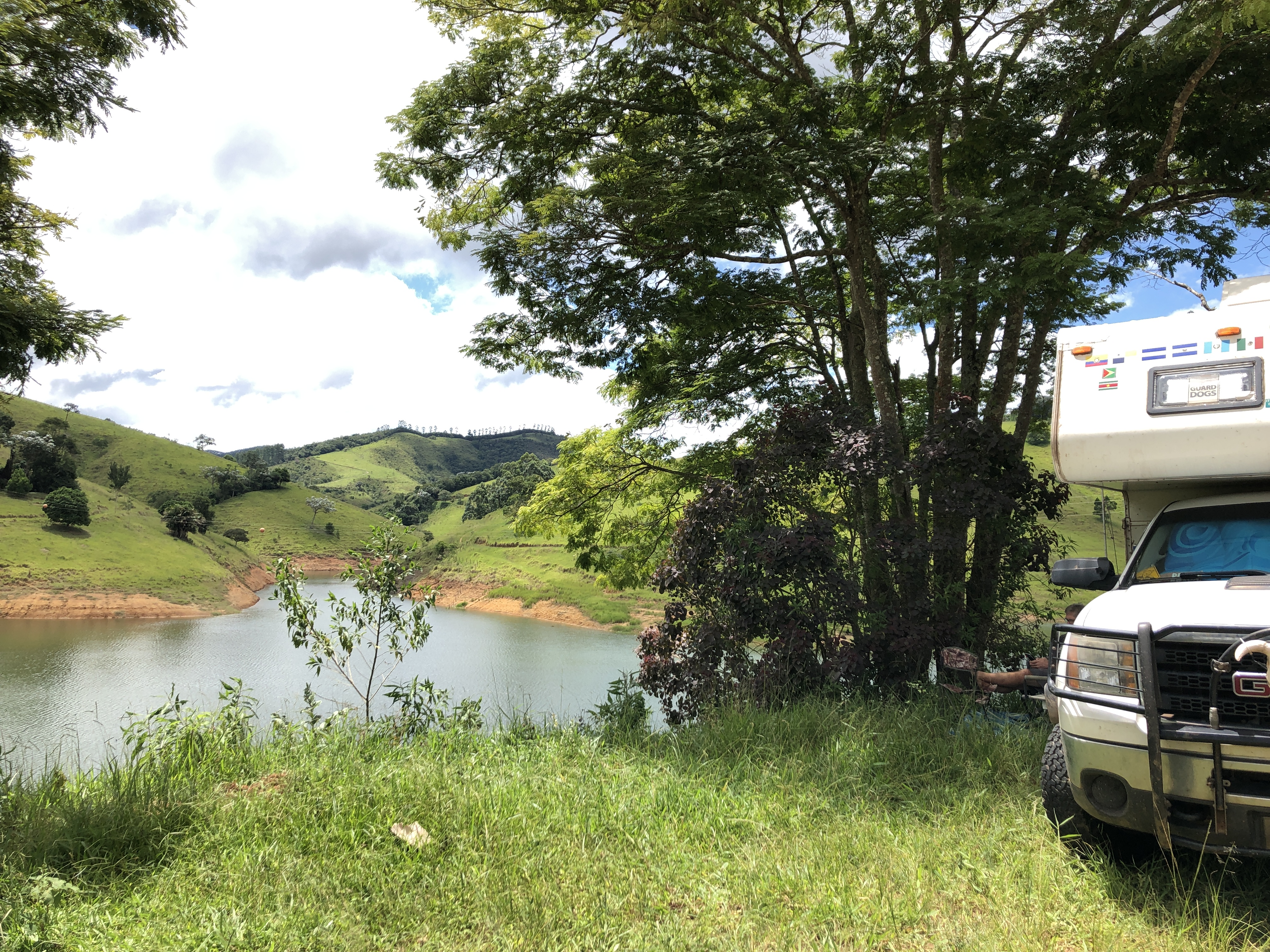 Our target this time was a small town named Brumadinho which is near the famous Inhotim Museum.  We committed to a rental house for a couple of nights.  We wanted to be able to leave the dogs when we went to the museum.  We also needed to make a few repairs on the truck.  The house would be a perfect break.  In the little town we stopped by a post office. I thought you might like to see what a Brazilian post office looks like.  So here is the postmaster, the lobby seating and the rental post boxes. 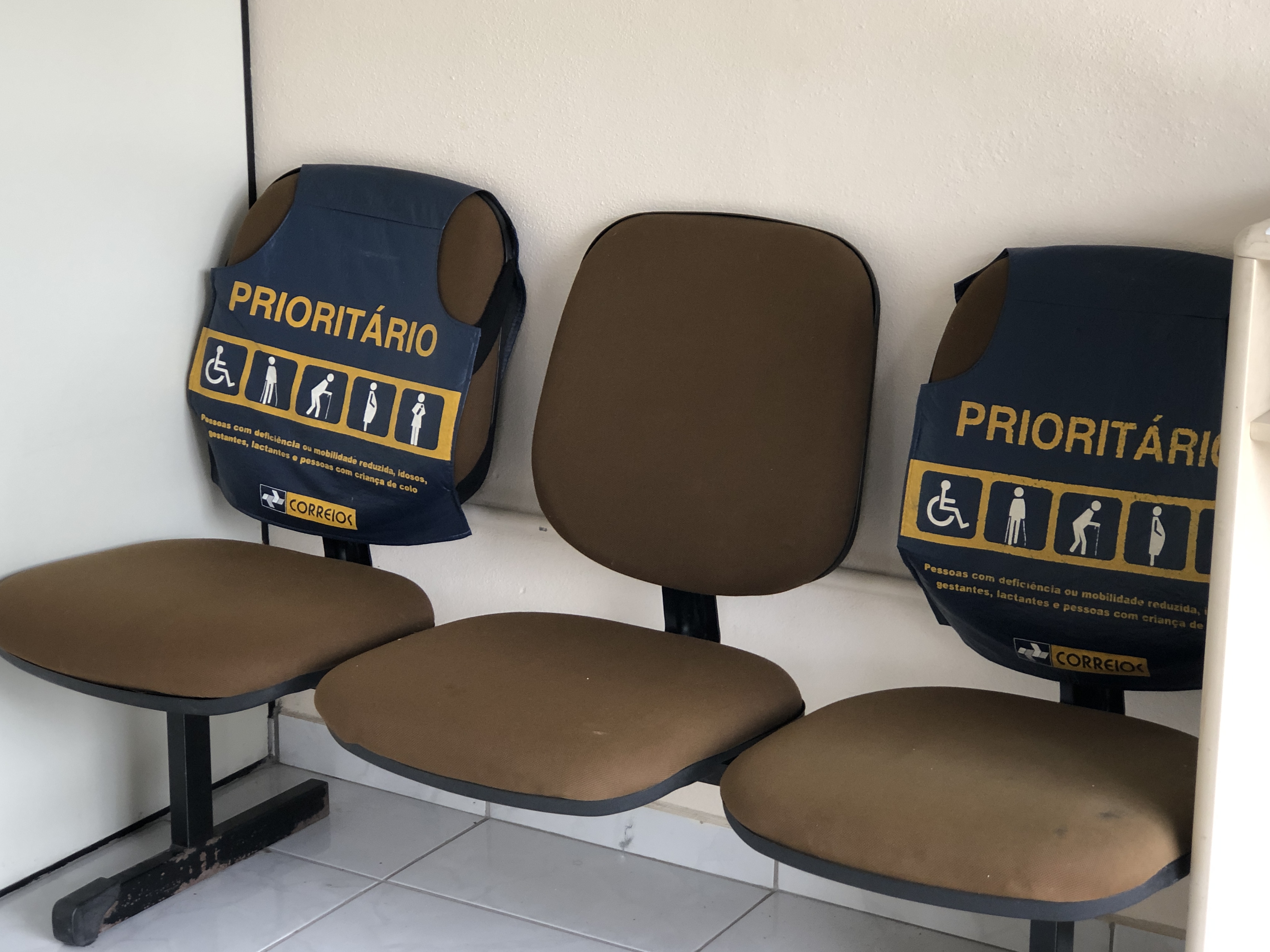 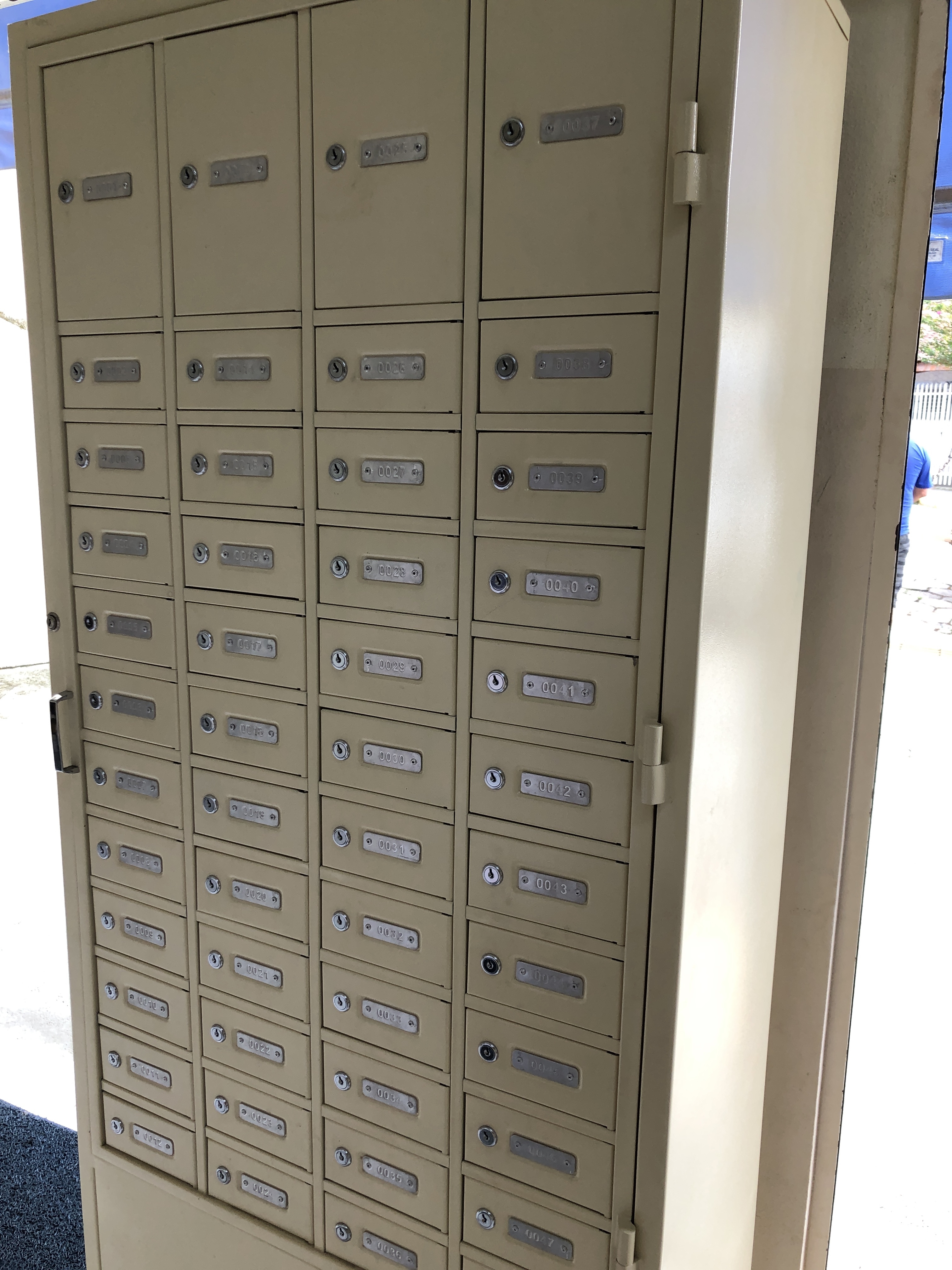 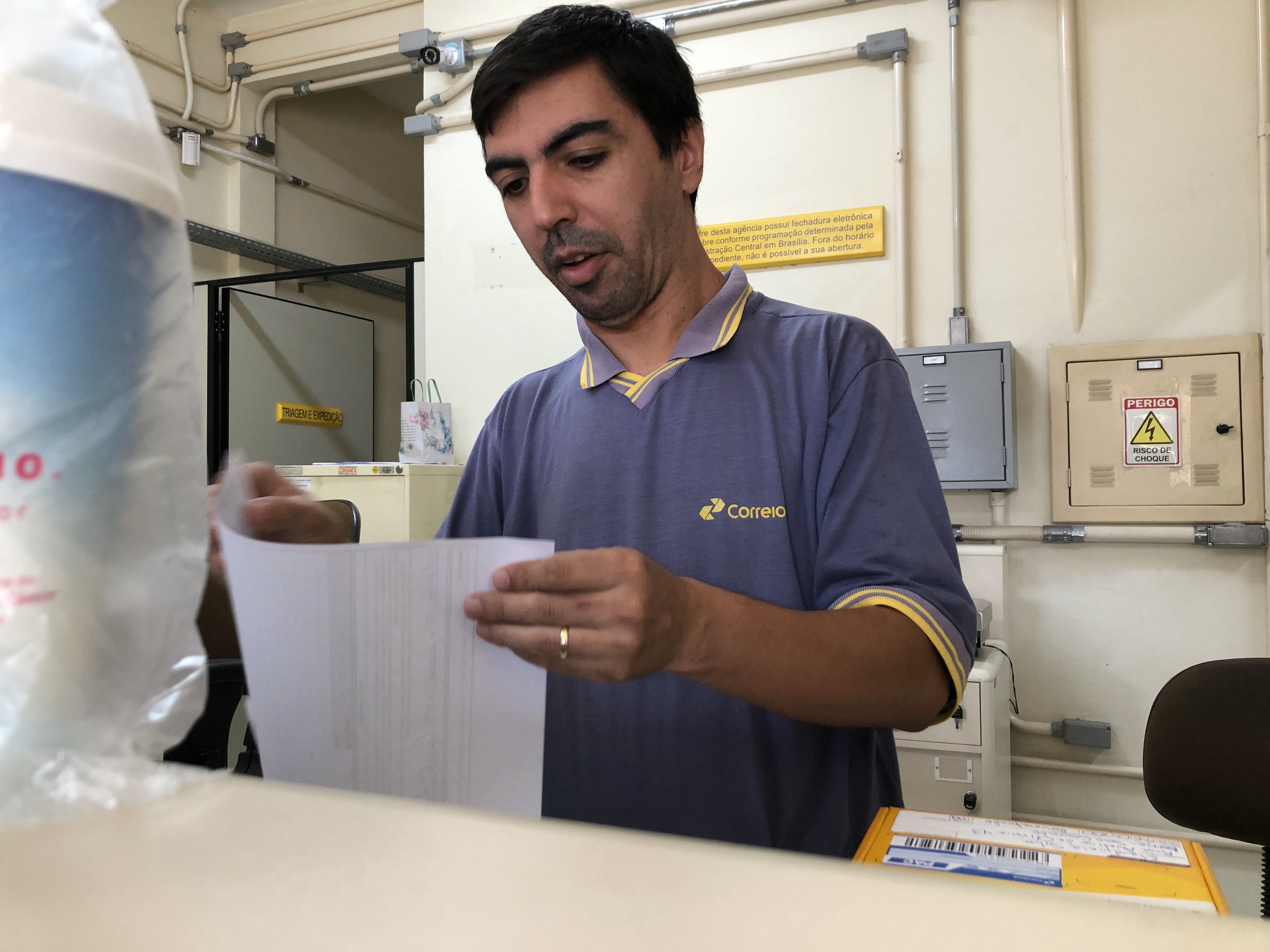 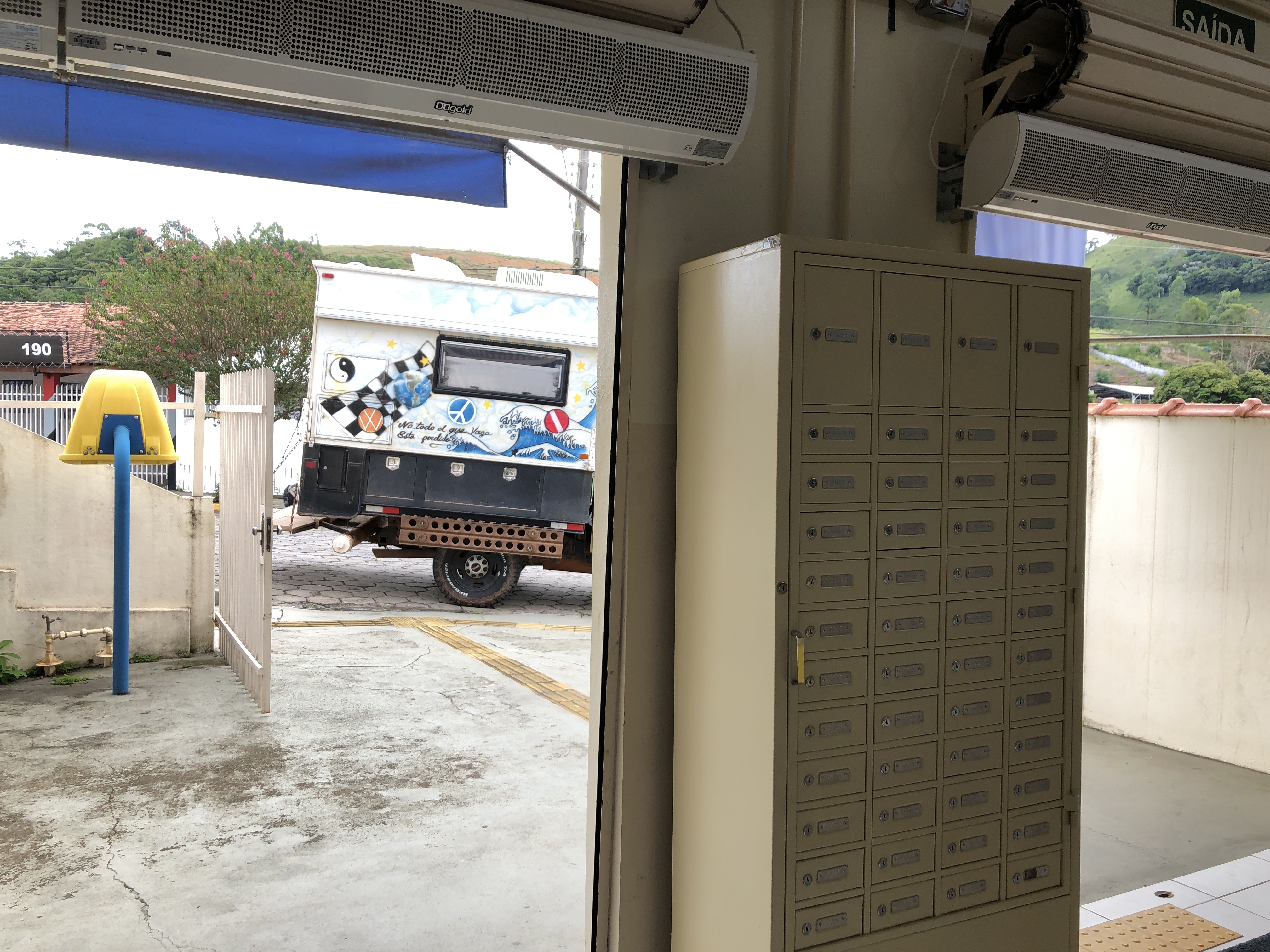 While we were in the town of Brumadinho it was time to kick off the huge “Carnival” holiday.  This holiday begins with a huge party event where the men dress as wild women and the women dress as men.  We happened to capture a few locals on camera as they headed out for the party.   Pretty amusing.  But we were both feeling poorly so we did not attend the event. 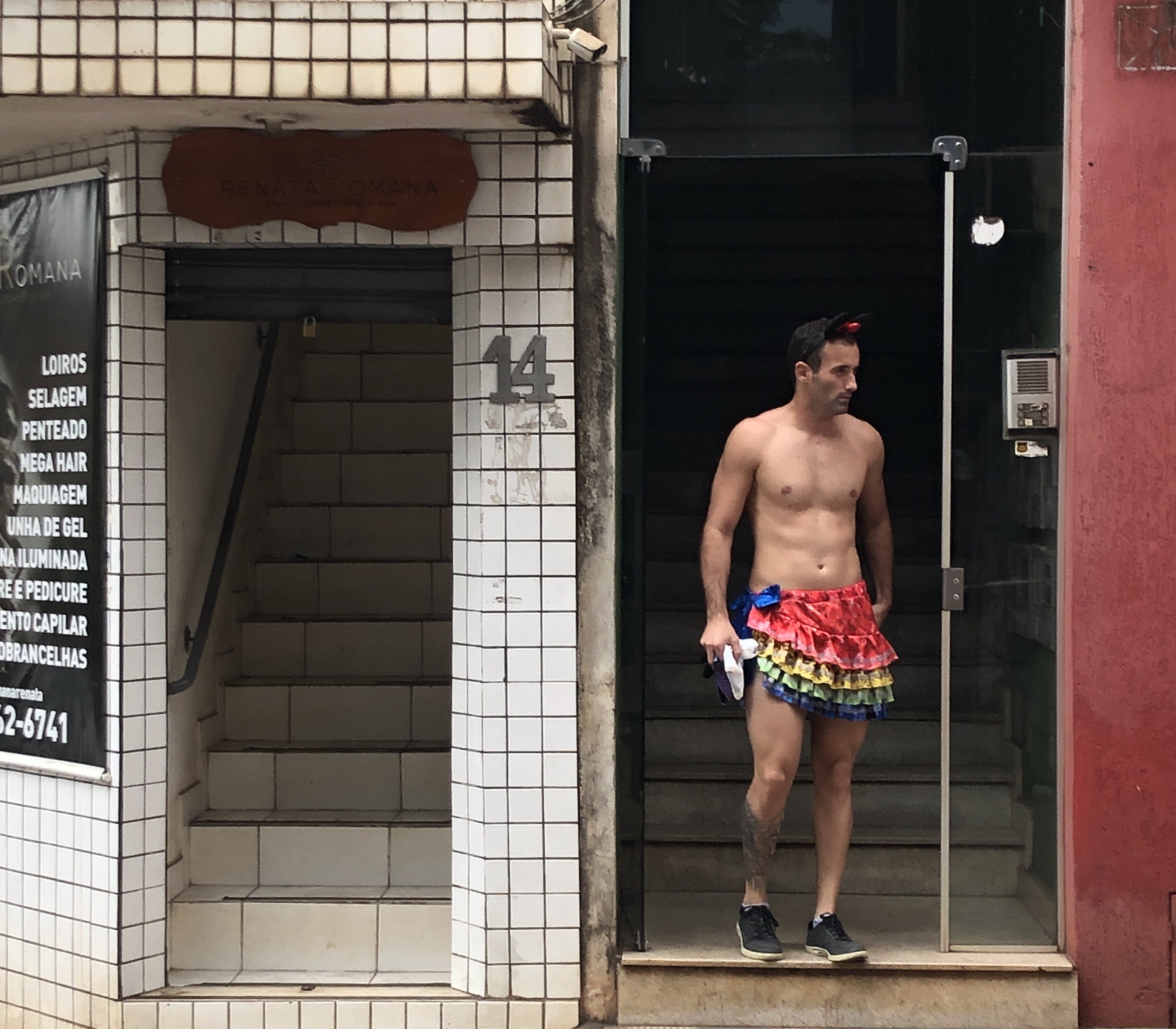 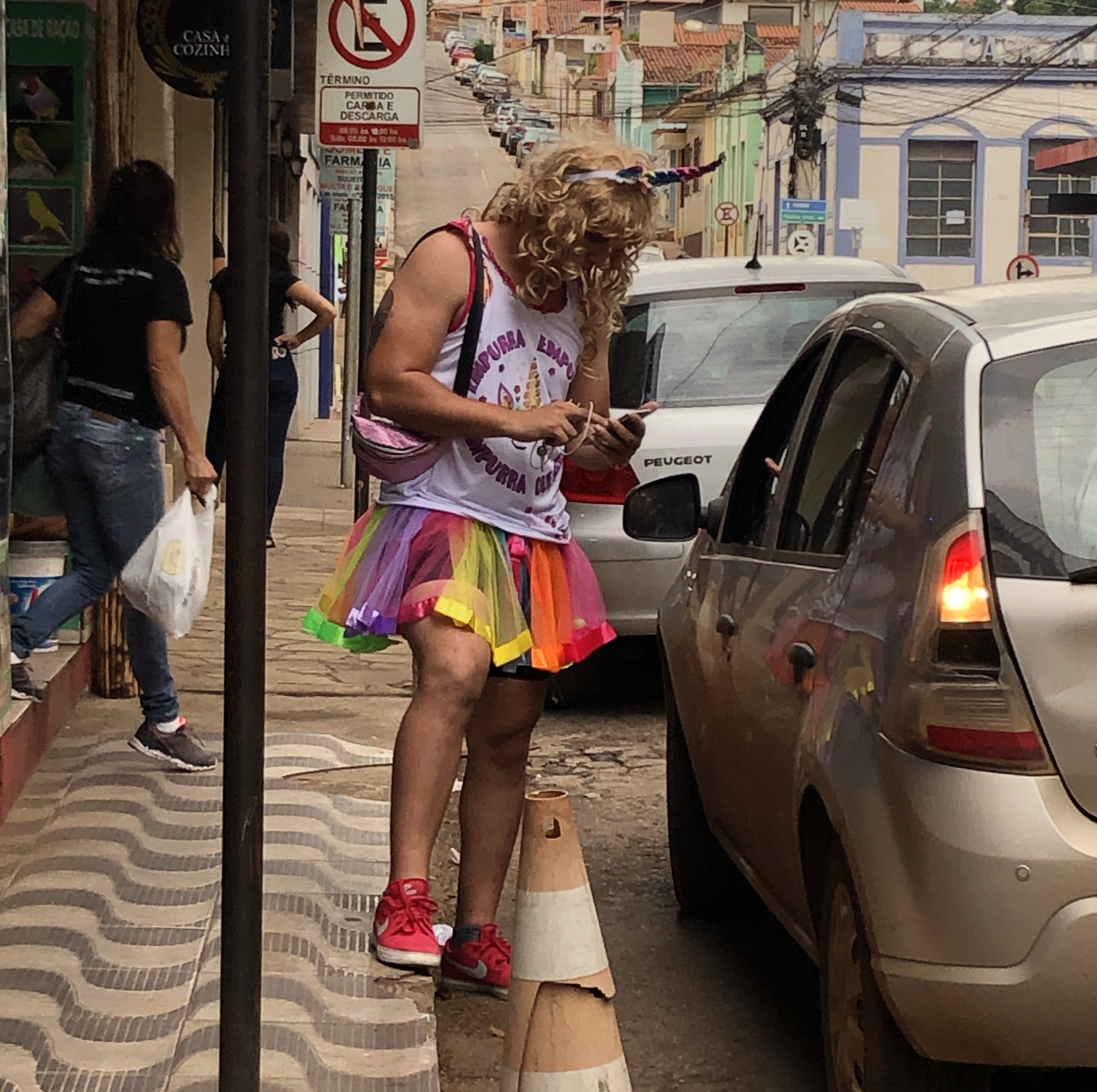 After we felt better we went to the Intohim Museum as planned.  This is one of the largest outdoor art collections in Latin America and included numerous buildings housing unique, indoor art also.  The art and buildings are spread over 5,000 acres of beautiful botanical gardens.  It was impossible to capture the size and the beauty in the lens of a camera.  But here are a few images we saved. 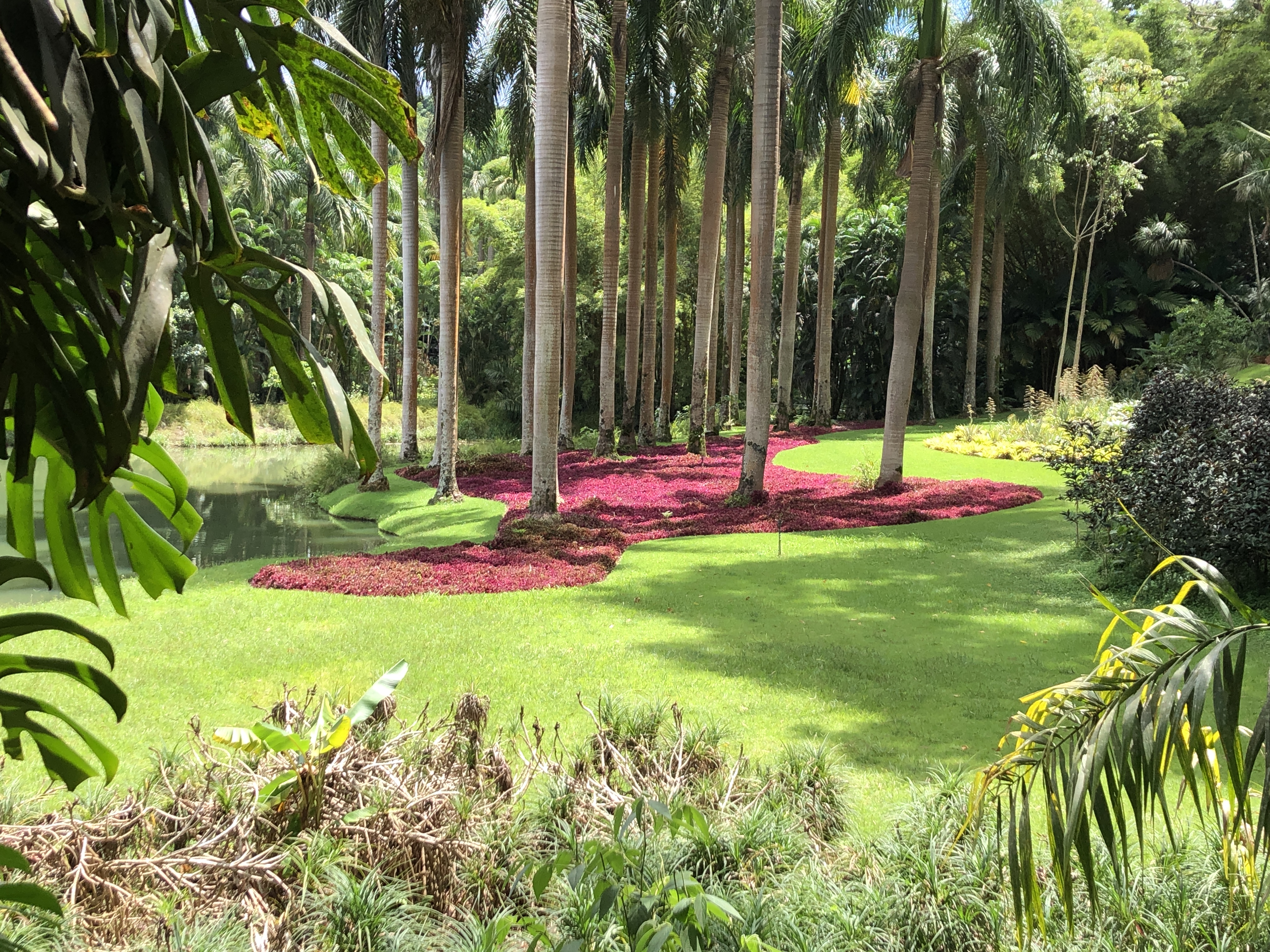 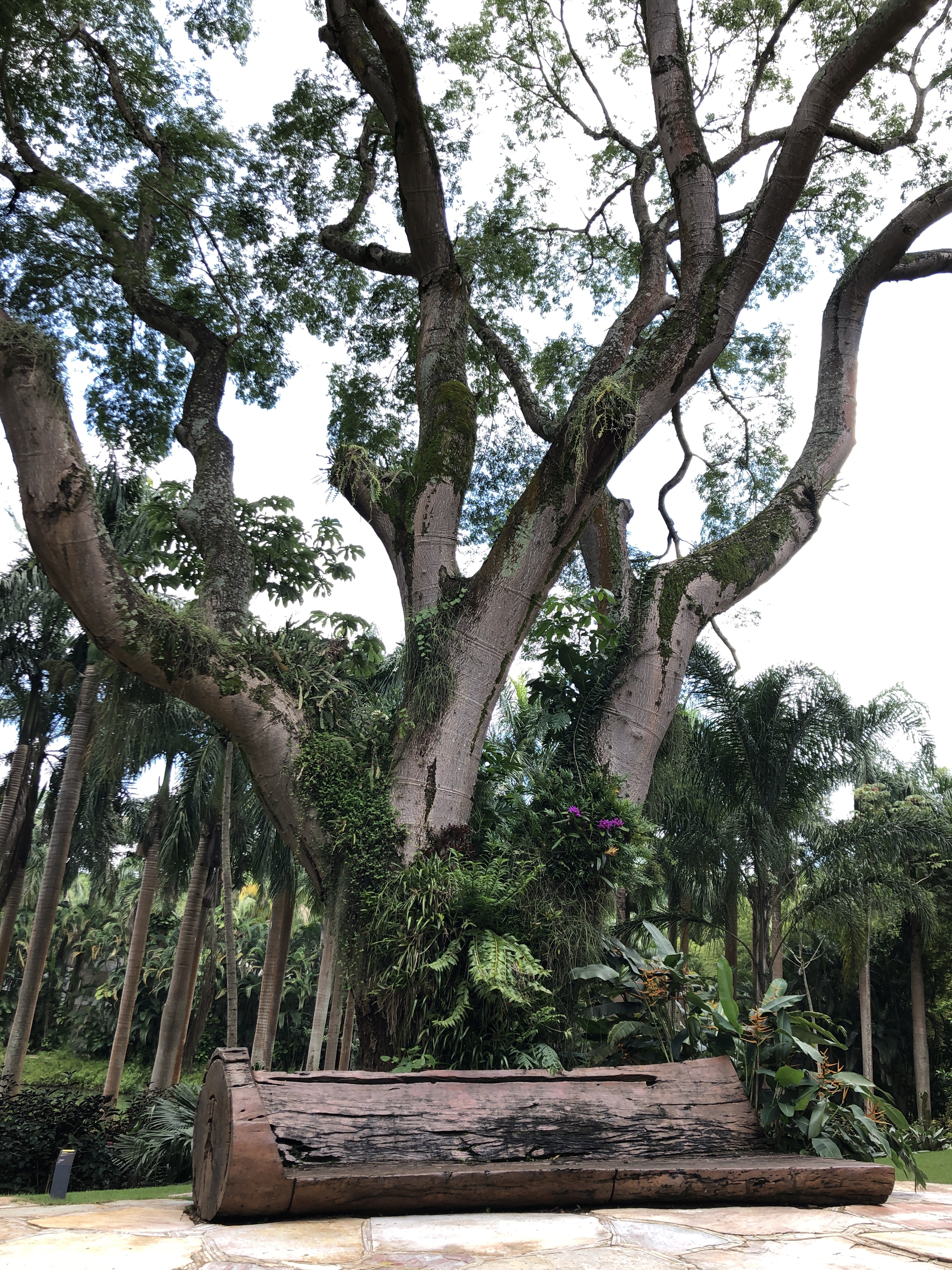 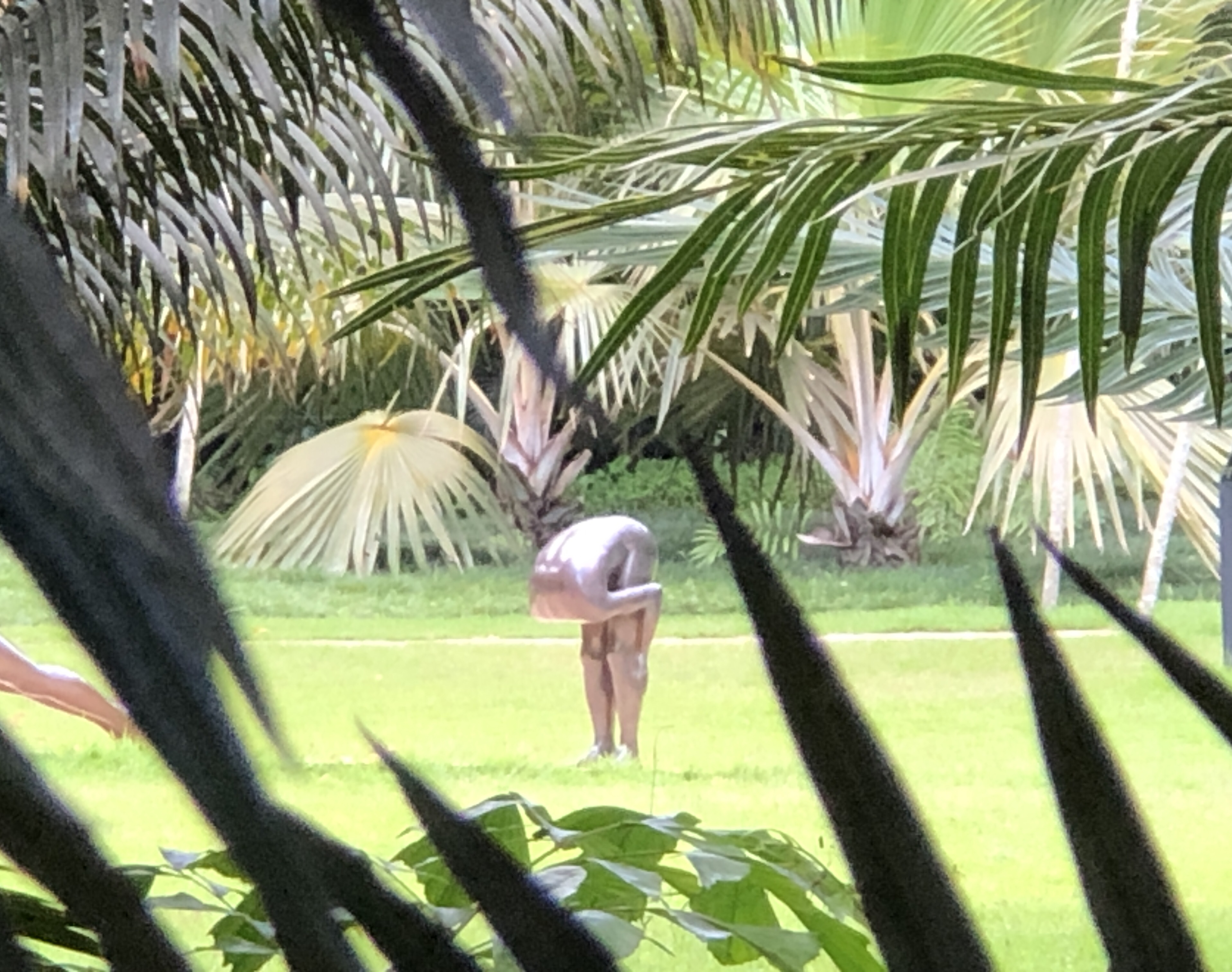 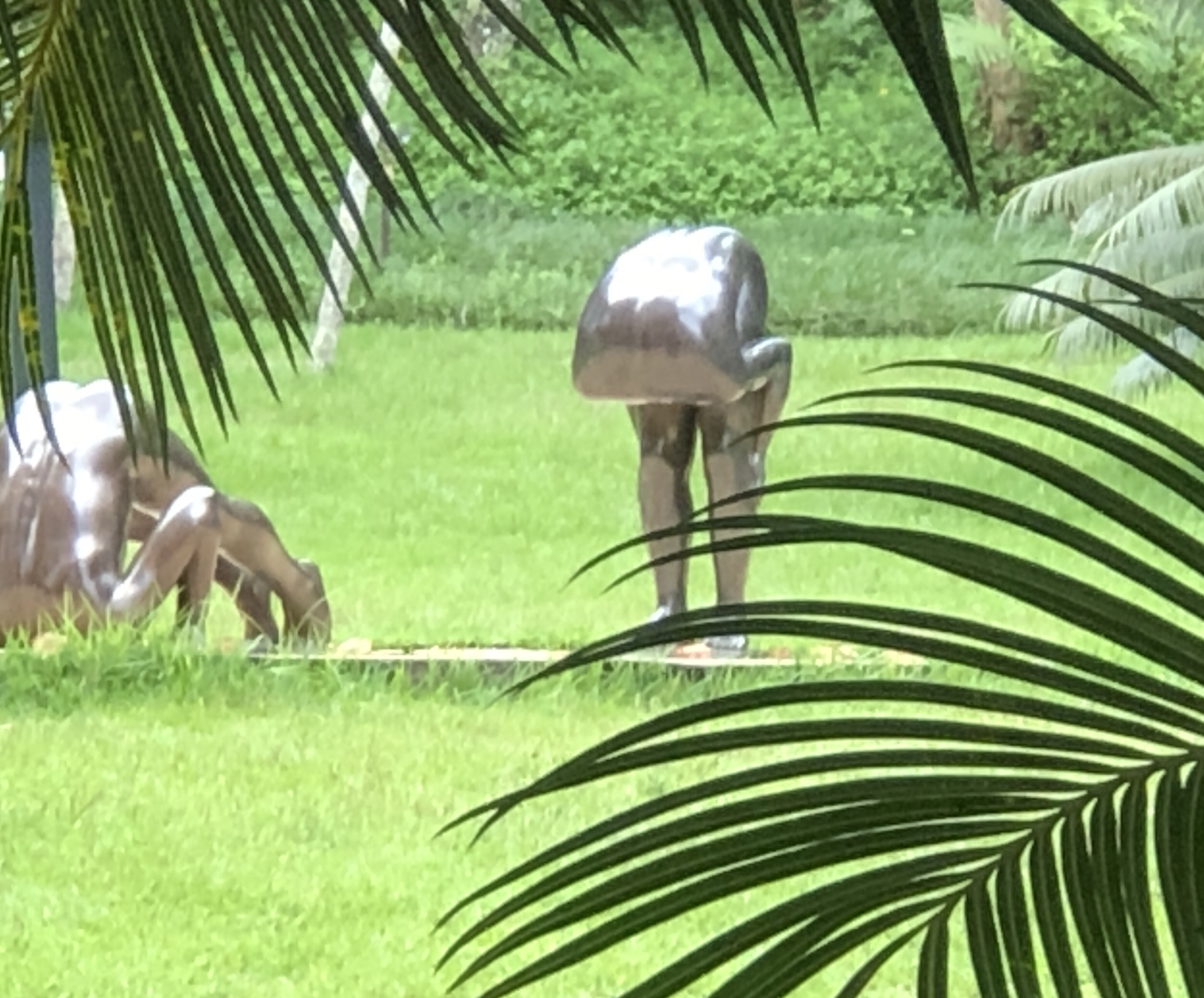 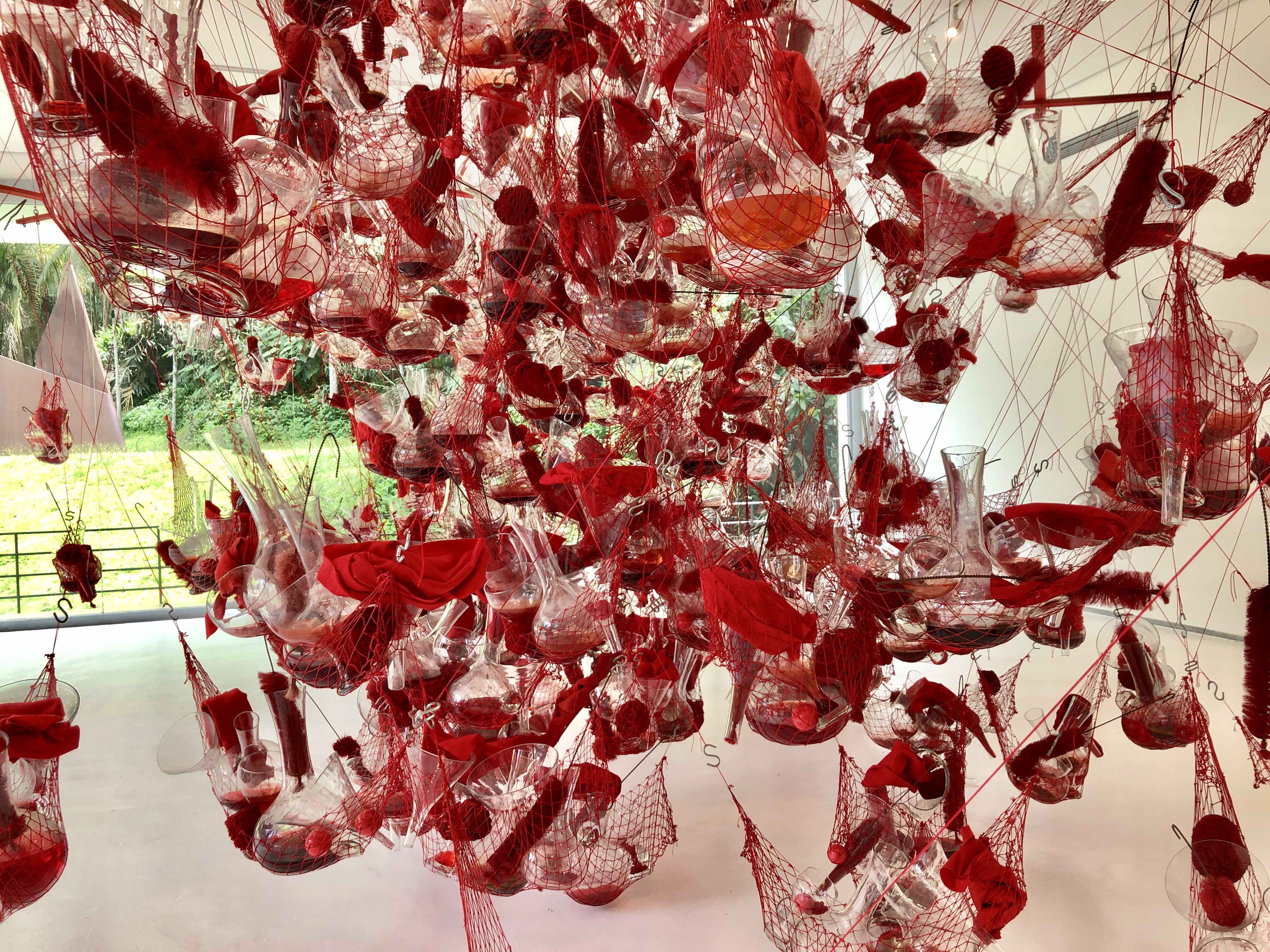 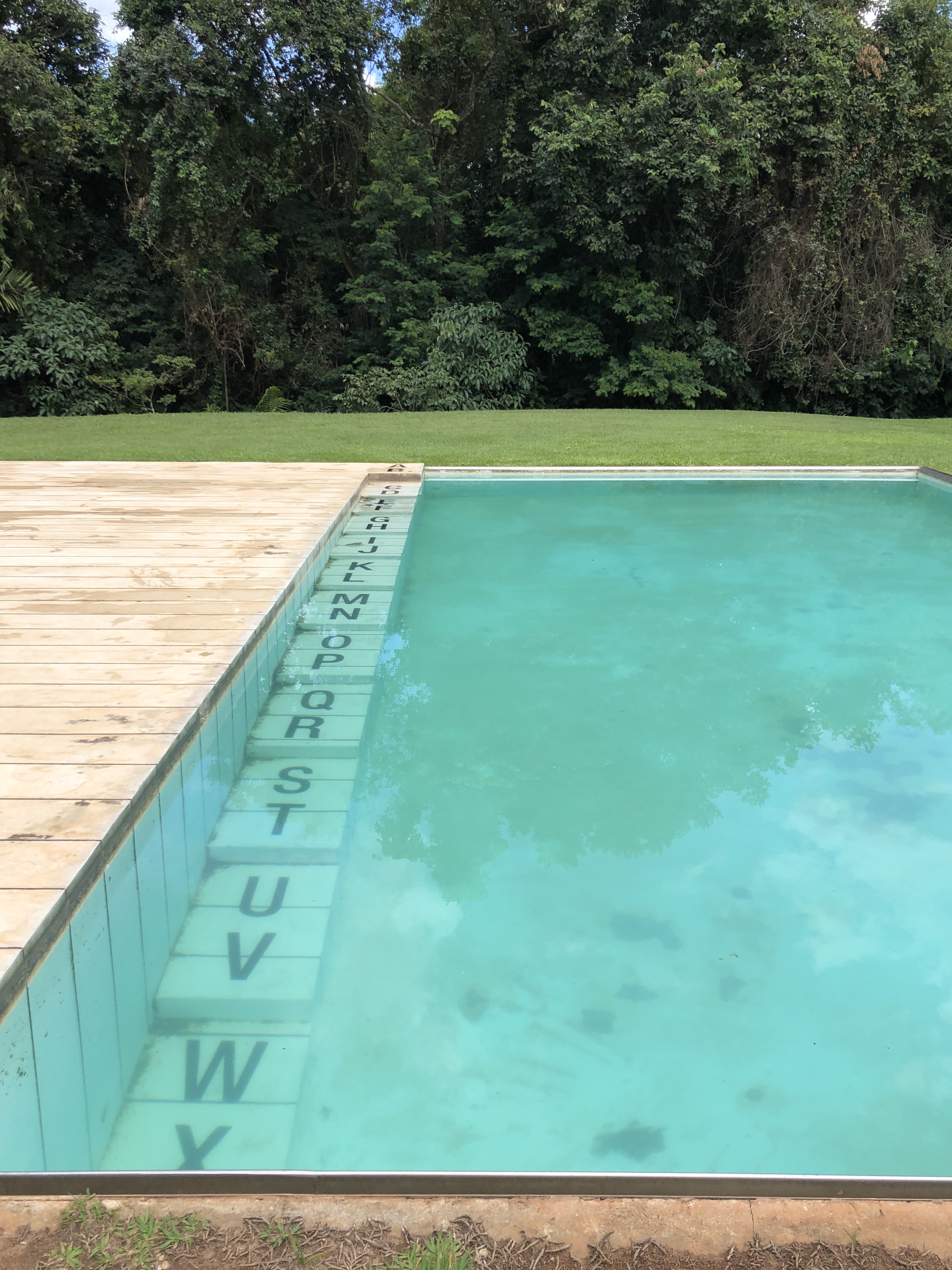 A swimming pool with steps designed like an old-style rolodex. 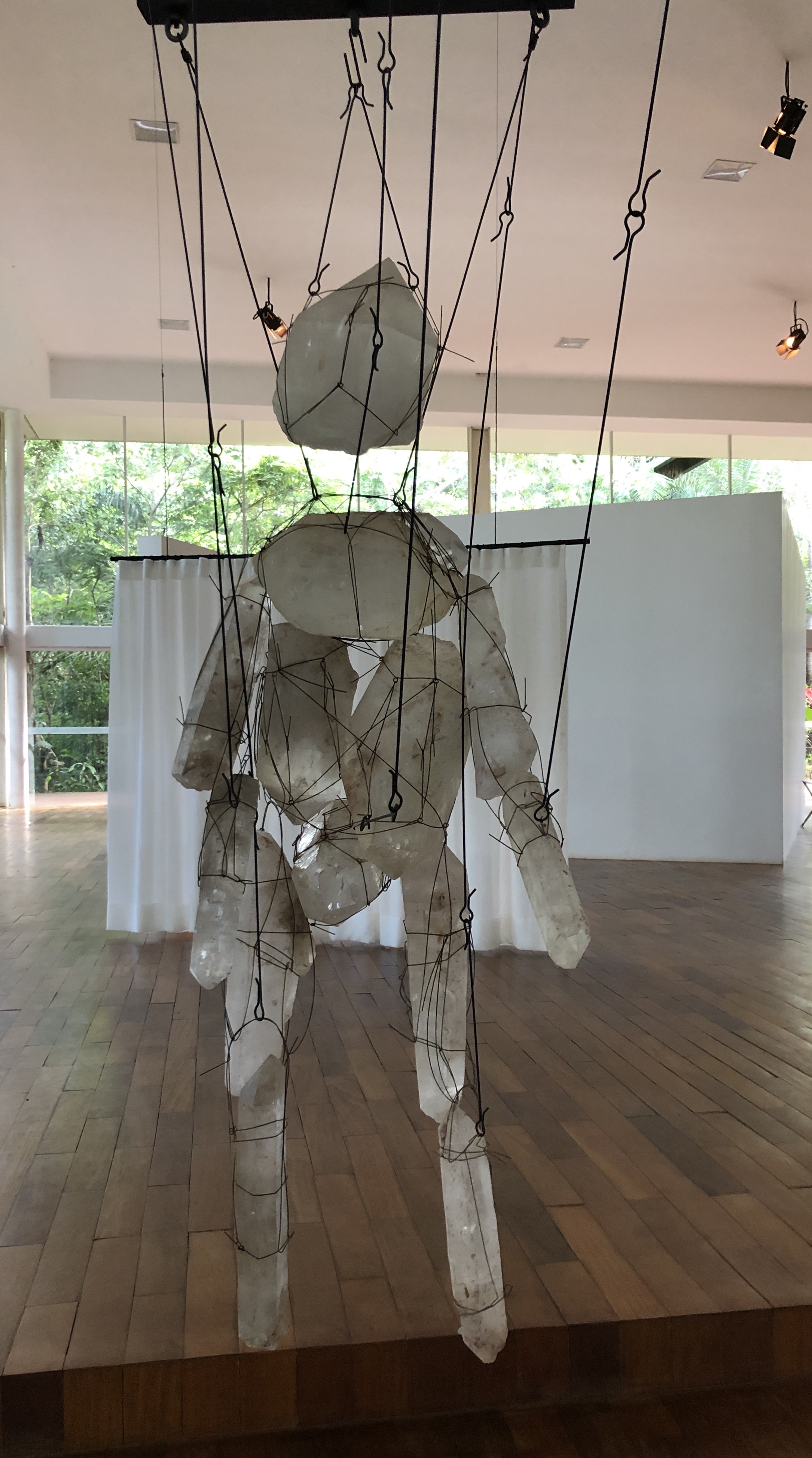 One of our favorite art installations was called “The Slot” .  We entered a large, plain white room with a shiny, marble floor.  Initially it appeared that the art was merely a line on the wall over near the corner.  But as we approached the line we could see that it opened into another space.  And when we pressed ourselves against the slot in the wall we could glimpse into an elaborate display.  The display is designed to represent the history of Brazil.  Although it looks like a cluttered back-alley mess, the various elements have been carefully arranged to illustrate key points in history.

Many of my readers know that Brazil produced “old-style” Volkswagens long after the other factories around the world ceased production.  So Brazilian art often includes an element of VW in some way.  This particular display began with a blue, yellow and red Volkswagen beetle.  Then the body parts were swapped around to make them each multi-colored.  Then sound systems were installed and the artist and friends set off on a road trip around Brazil.  Documentation of the experiences from the trip and subsequent trips are part of the art.  The cars need some maintenance, but they are ready for a third road trip!  See artists description photograph. 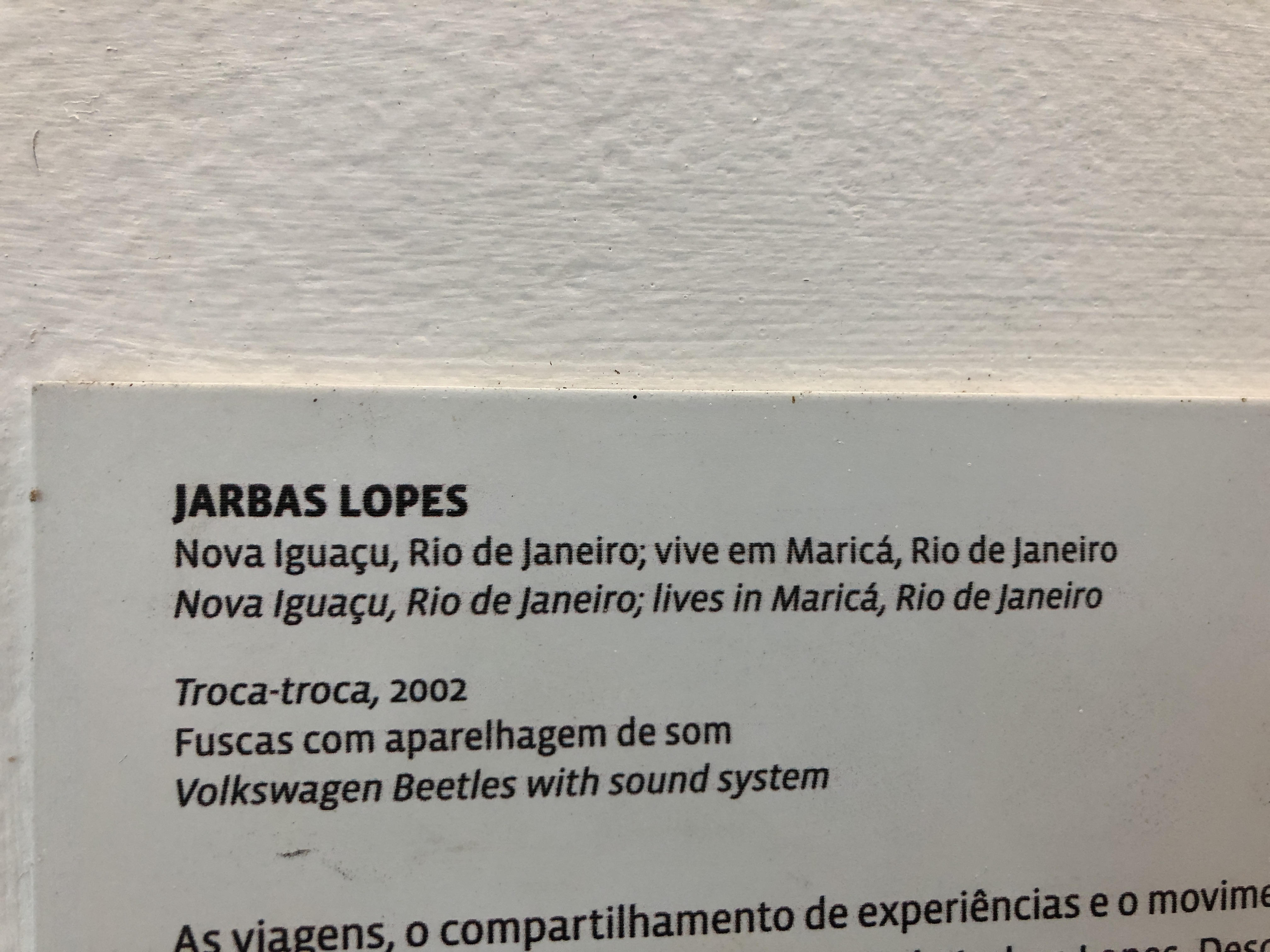 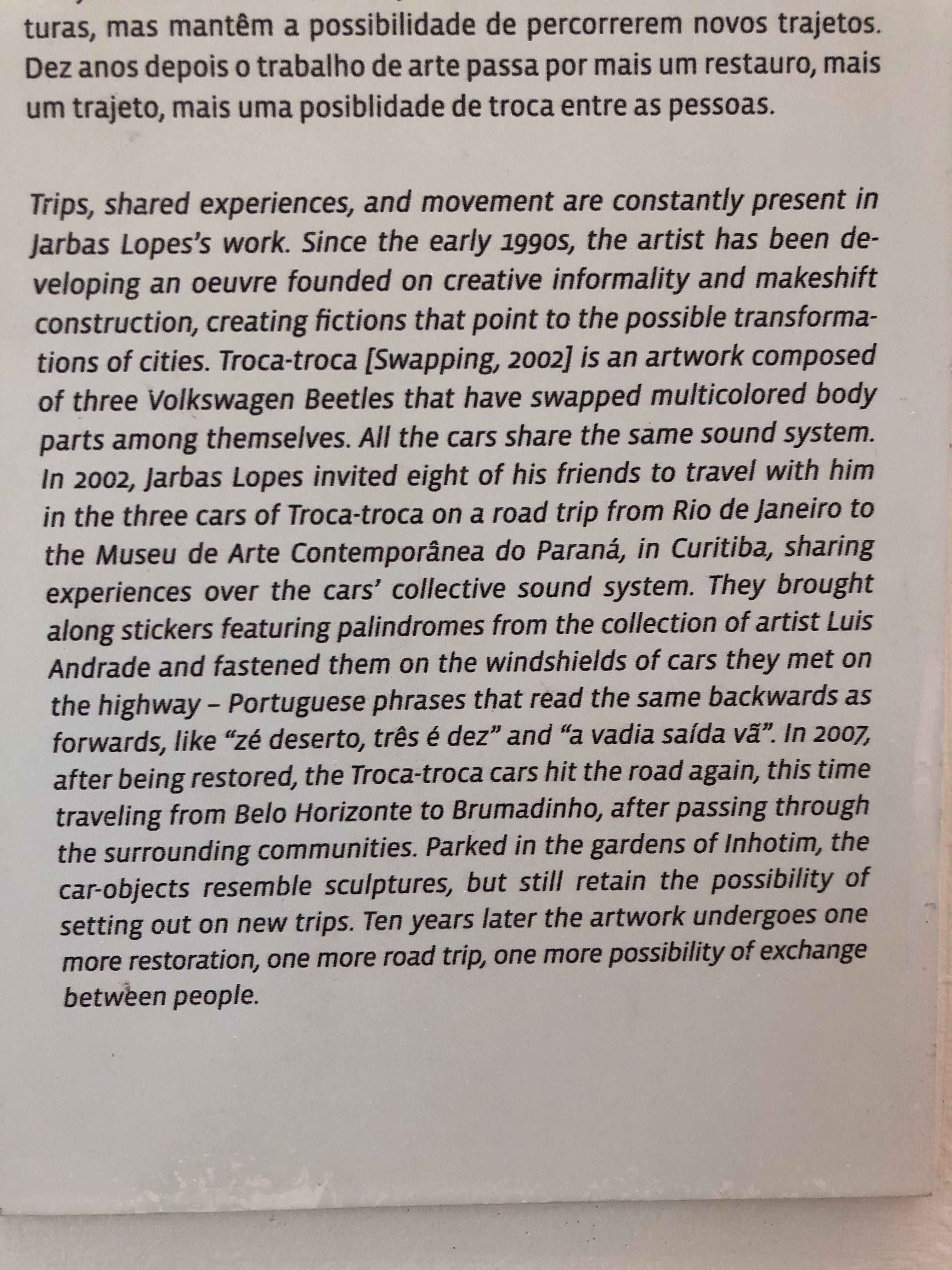 The next work of art may remind you of artwork you owned (or made) in the 70’s.  It involved a piece of wood, a bunch of nails and some colorful thread or string.  Each piece of string was wrapped around the nail heads to form a pattern or design.  But this work of art filled an entire HUGE dark room.  The strings are lit in various ways to form images, shadows and play visual tricks.  The illusionary nature of this display made it very difficult to photograph.  But you can see the sheer size, compared to Mike in the final string art photo. 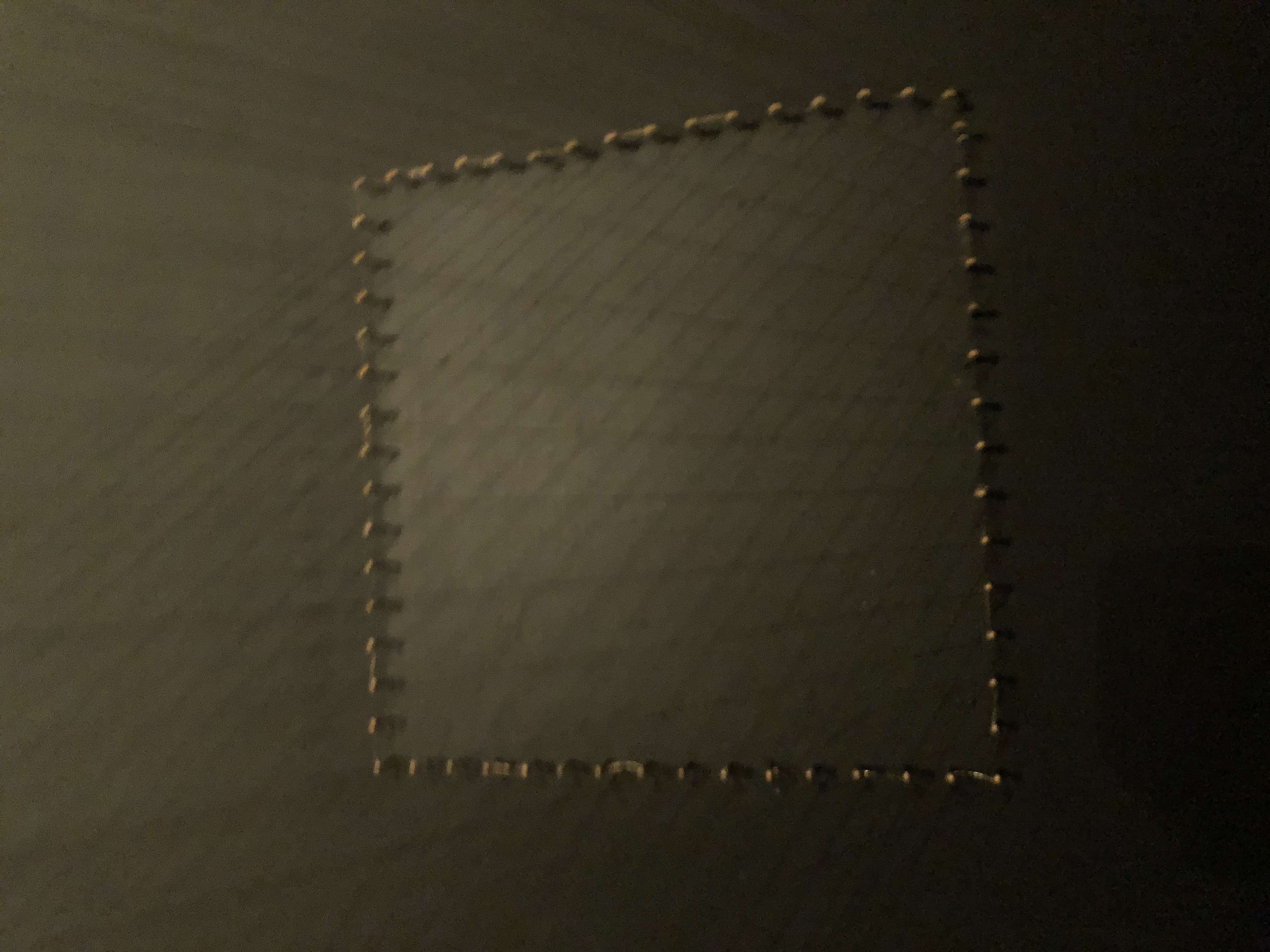 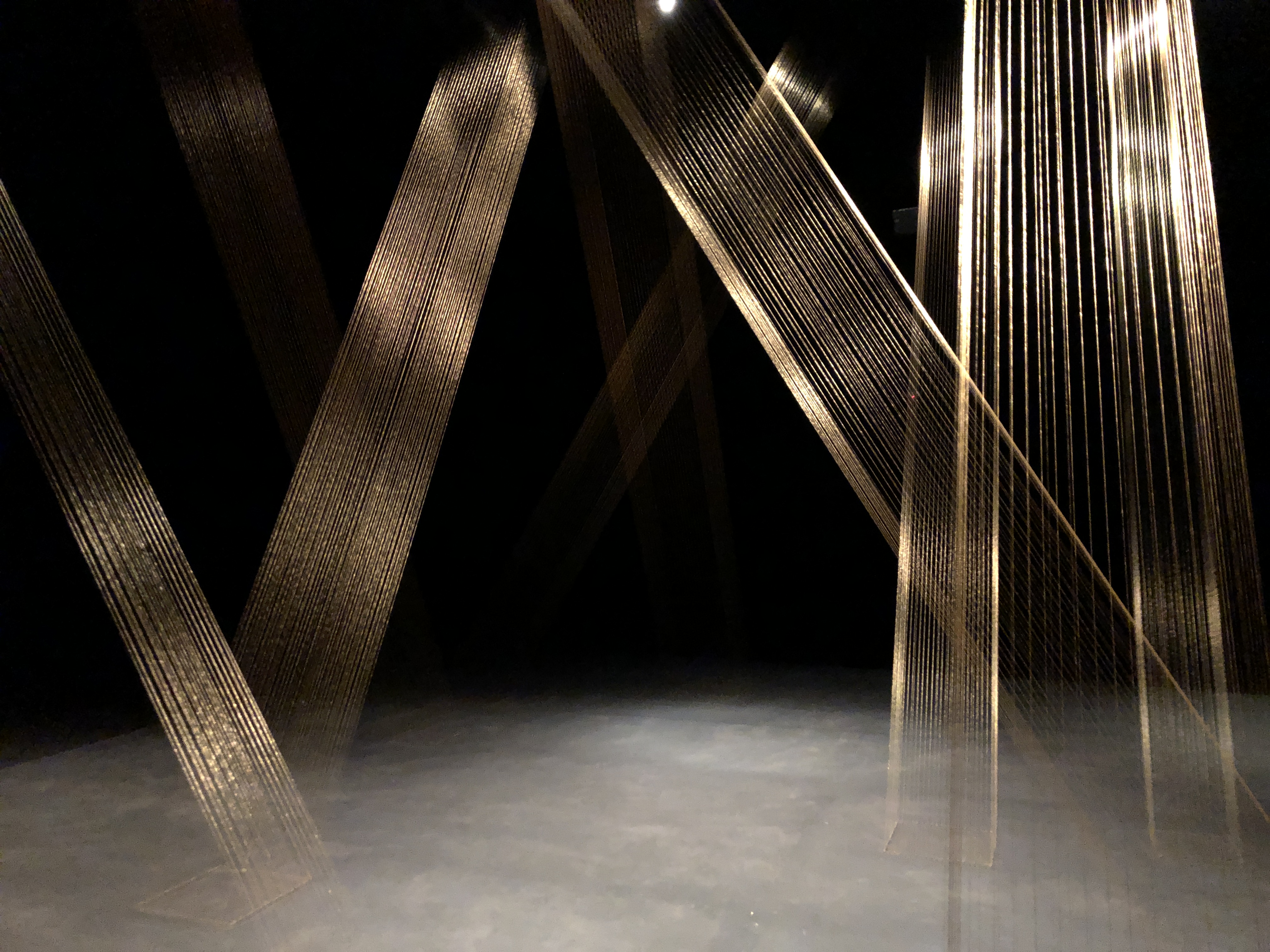 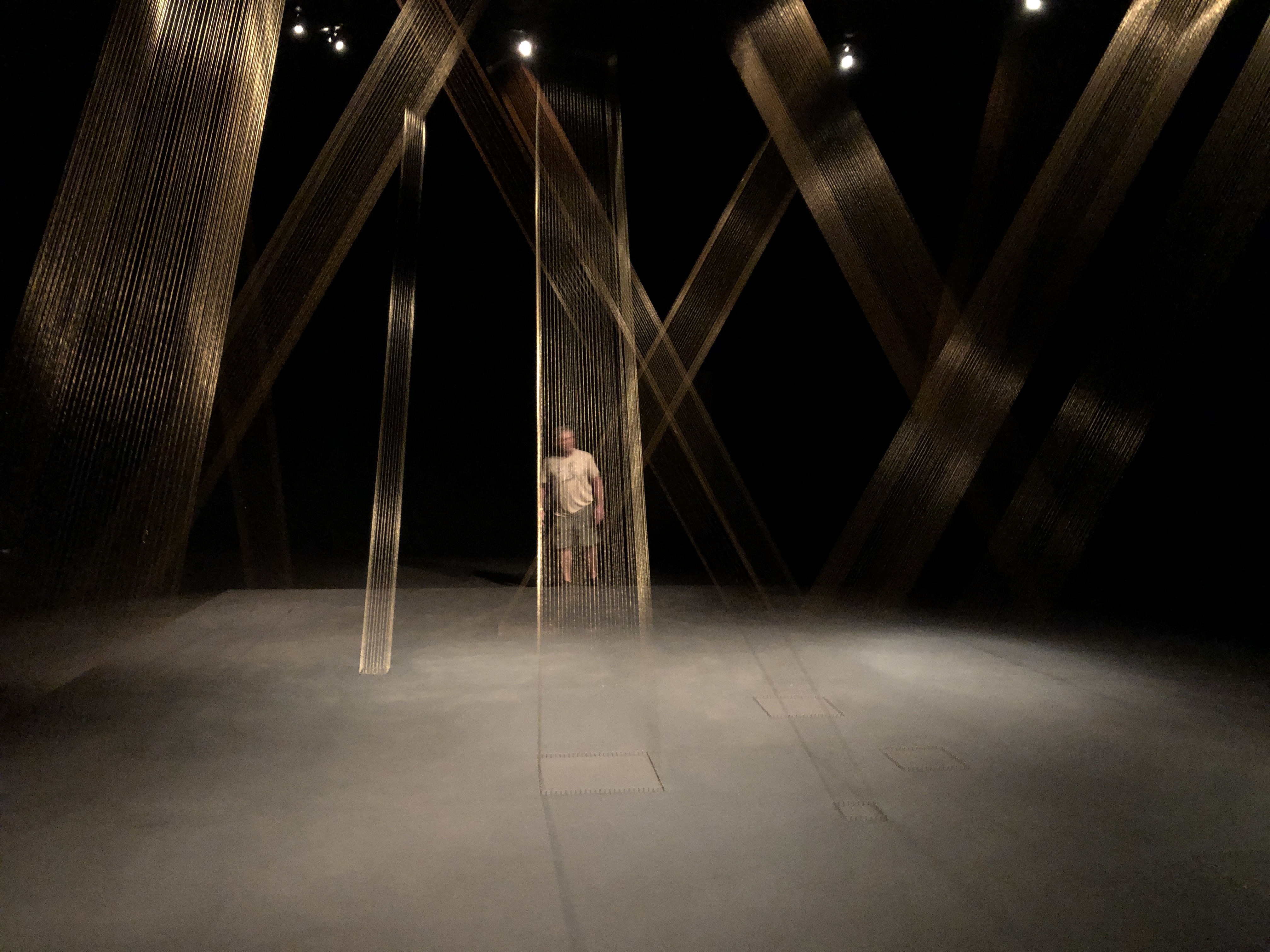 The last work of art at Museum Inhotim was served with two cups of coffee and two spoons!  The museum has hired a world-famous chef to work the various cafe’s, restaurants and snack bars on the huge property.  Near the exit you can purchase a creamy, warm, chocolate cake covered in a smooth, decadent chocolate sauce. 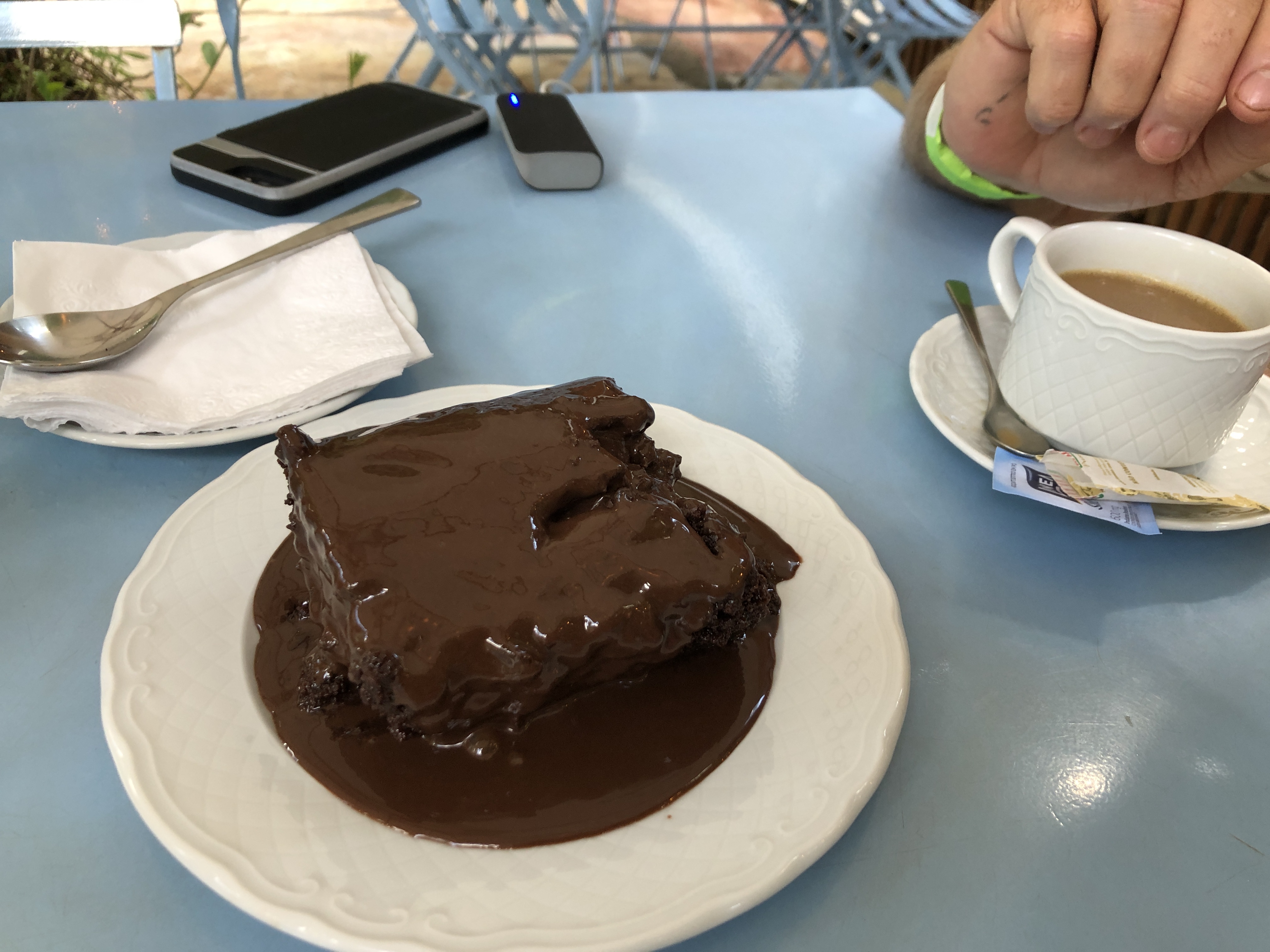 Although you cannot enjoy the cake this way, you can take a virtual tour of the Museum Inhotim by clicking on this link.  (Inhotim virtual tour)  It will open in a new window.  At this website you can view high quality photos of most of the amazing artwork.  I urge you to find the painting by Adriana Varejao that looks like a sea of jumbled blue and white tiles.  I could not possibly photograph it effectively, but it is worth examining!  And many more beautiful photos of the gardens, the galleries and the grounds.  Enjoy the link.  But I am truly sorry that you can’t try a piece of that cake.

We also spotted some amazing examples of nature while on the museum grounds and in the nearby town.  With a close examination there are amazing colors to be seen in these various flora and fauna.

Here are three photos of the same flower.  As we move closer and closer you can see the details, colors and exceptionally intricate design that nature has created.

Below are two different types of ant housing.  Both are made from small slivers of dried, mowed grass gathered from nearby lawns.  One ant structure hangs in a tree on the backside of a huge leaf.  It is as large as the palm of my hand.  The second structure in on the ground, among some weeds.   It has a separate entrance and exit door in the tube that leads the ants to their underground nest.  The woven grassy tube with two hallways is about 4 inches long.

Our time in that beautiful valley was coming to an end.  We had contacted a few RV repair places about doing some work on our camper.  And we made arrangements to meet some other travelers along the road.  It was time to move along.  Back on the main highway we stopped for a geocache.  The cache container was gone, but the swan was an irresistible photo opportunity! 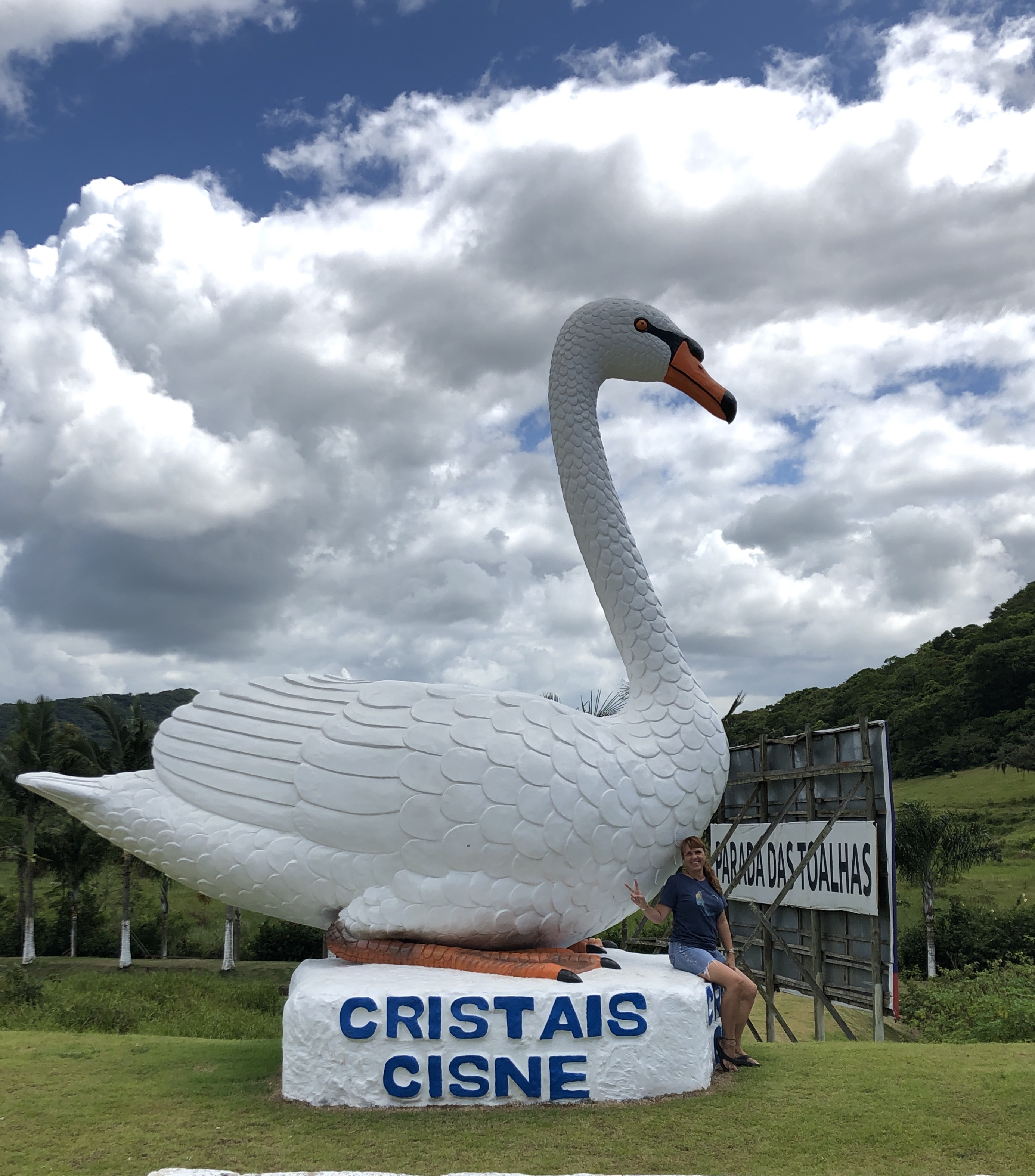 Then back to the highway where we rolled along the Brazilian coastline, admiring beaches from afar and watching VW’s all around us.  This VW van entered an on ramp and exited at the next ramp.  But it was a quick reminder that the Volkswagen work horse of Brazil is still hard at work.  This one is hauling a sofa on the roof while traveling at 65mph down a four-lane highway.  Awesome old bus. 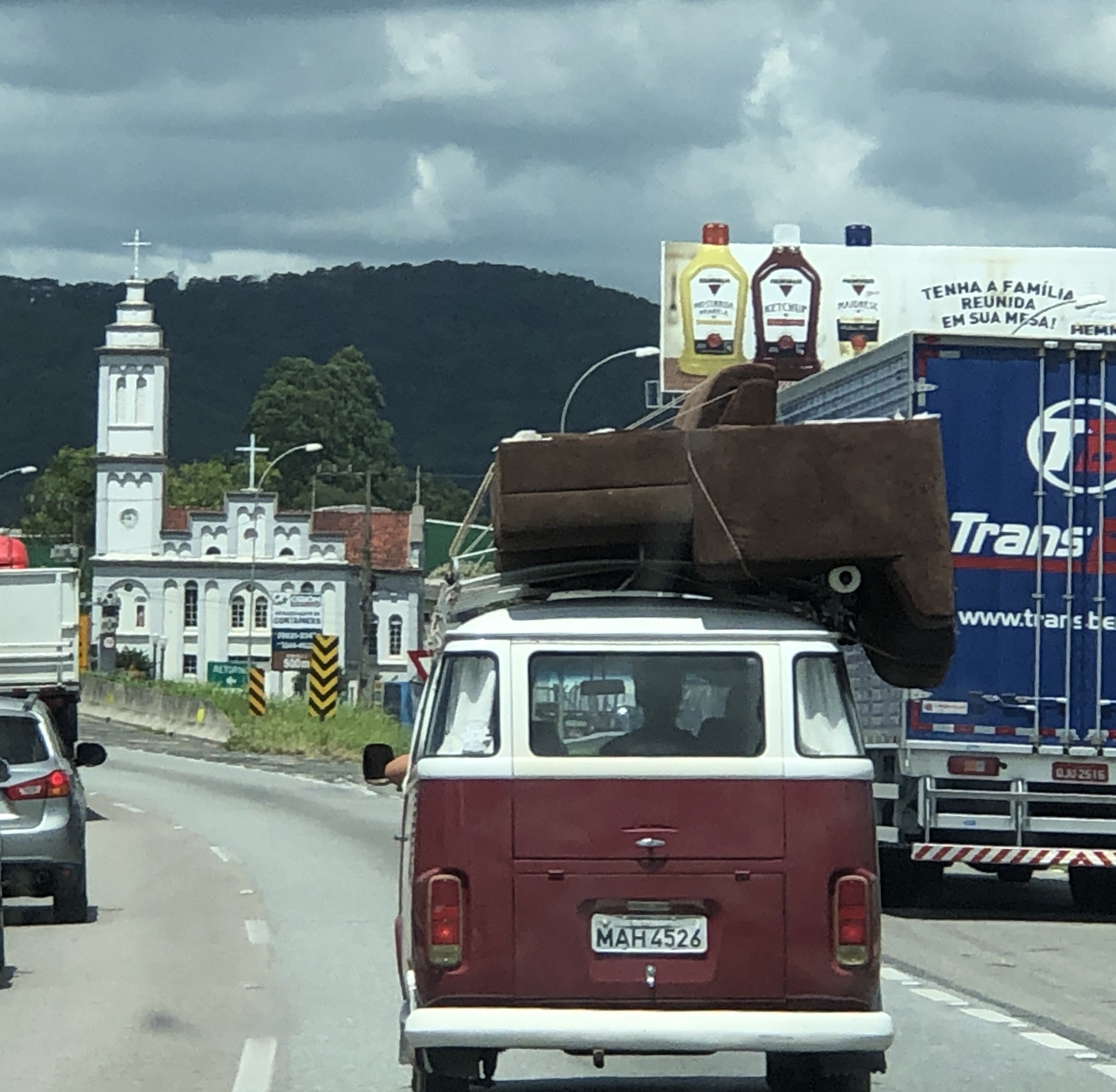 Our meet-up with Joe and Josee’ was awesome.  These two felt immediately like old friends, and parting was difficult.  We enjoyed and evening and a morning together in a parking lot.  We now wish we had met this cool couple long before.  You can open a new tab and read about their adventures if you click on this link. 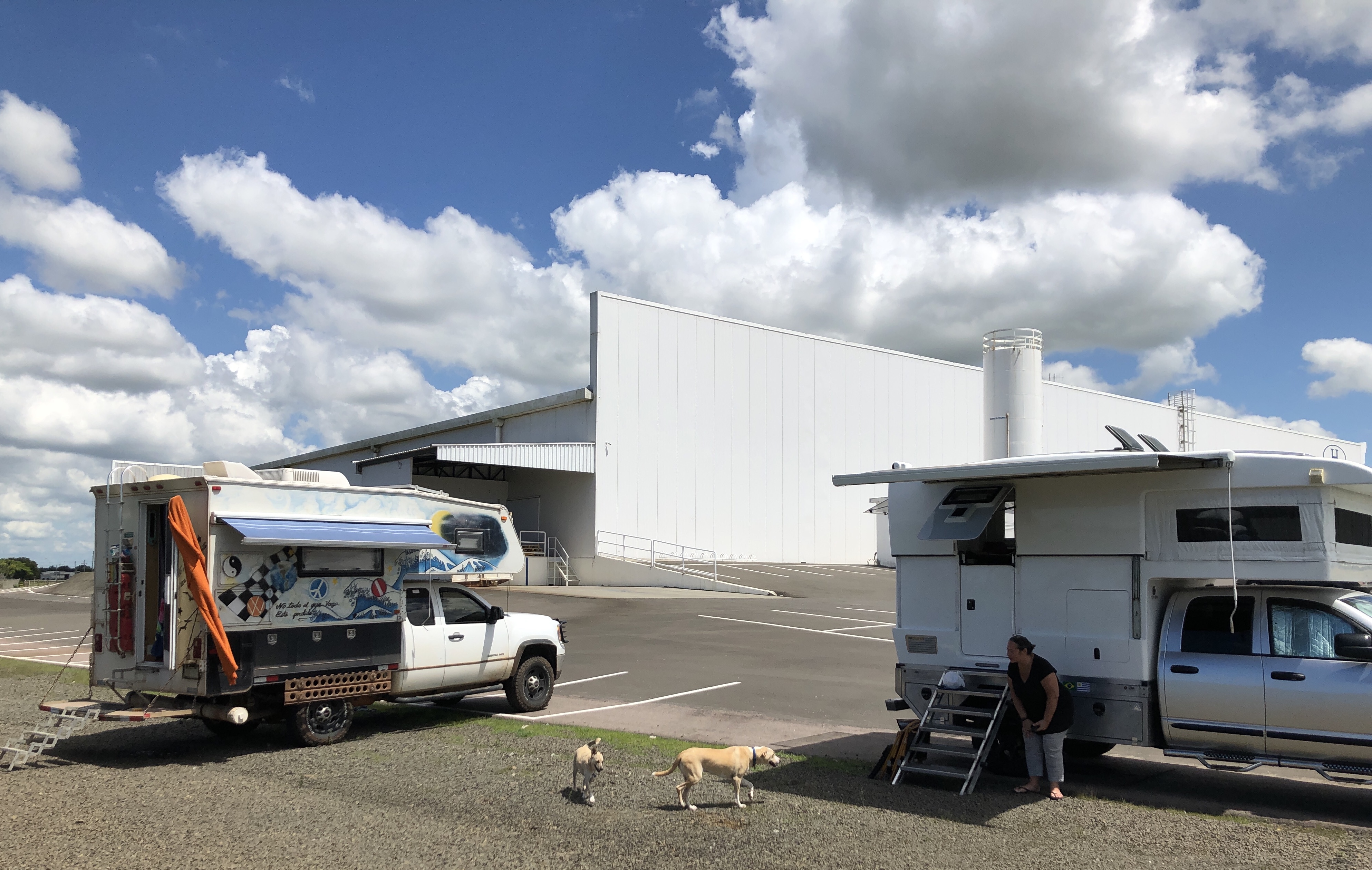 But alas we both had places to be in opposite directions.  So we parted ways and waved our goodbyes.  We needed to get to the RV repair place and get started on our roof repairs.  Time was running out on our Brazil permit, and we wanted to get this work done while we could. 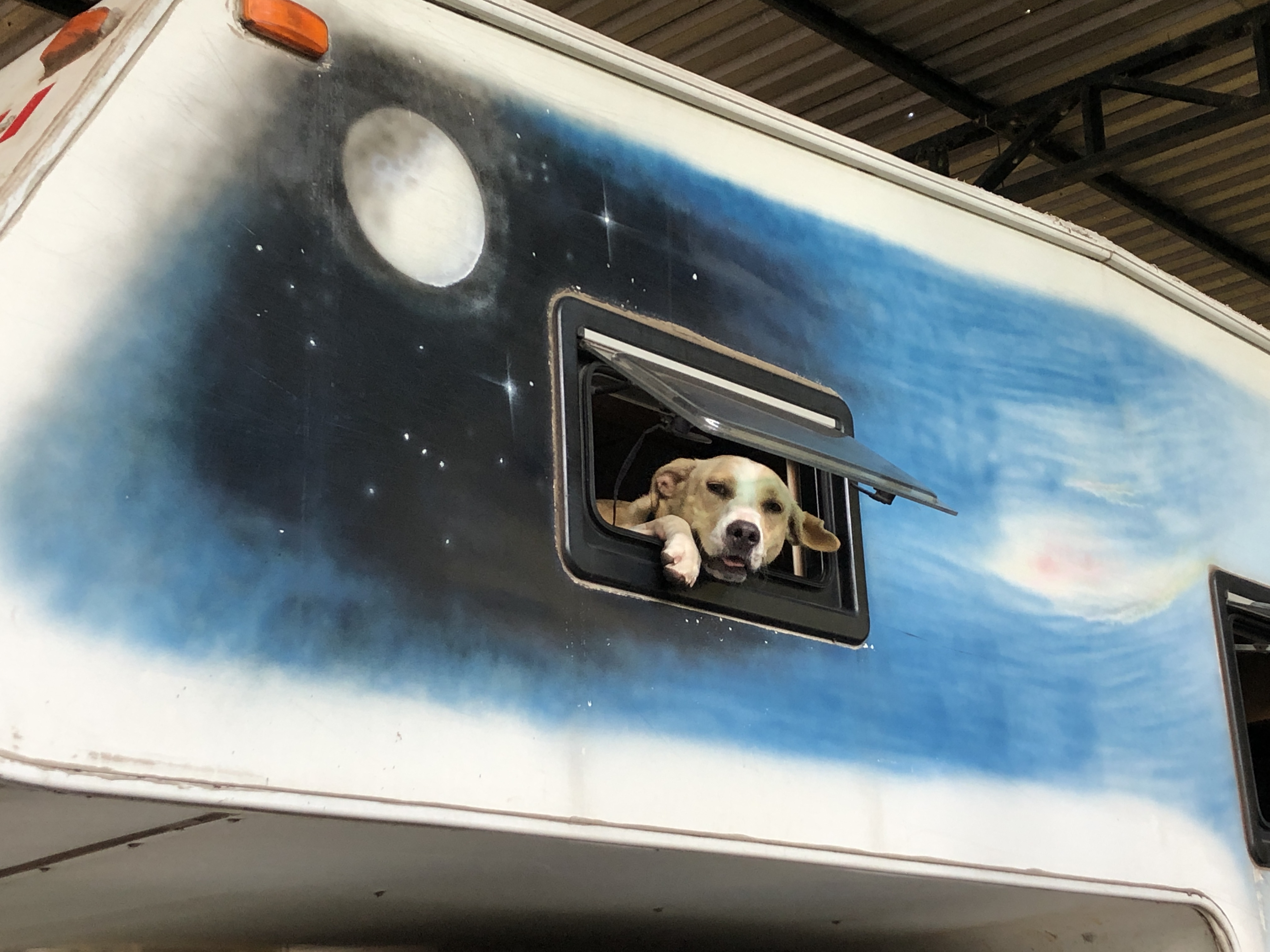 Thanks for following along with our story.  We will update you soon with the next installment.  Things don’t always go as planned, so changes were made and plans were adjusted.  But for now, goodbye from silly Pacha, waving out of the upper window of the camper.

5 responses to “Brazil- A huge museum and a small town.”