The area known as Rainbow Mountain in Peru is a relatively new thing on the tourist scene.  As recently as 1990, this region was covered in snow and ice.  But as the glaciers melted away, they revealed incredible colors underneath.  Through the process of melting, Rainbow Mountain was visible for us to enjoy. 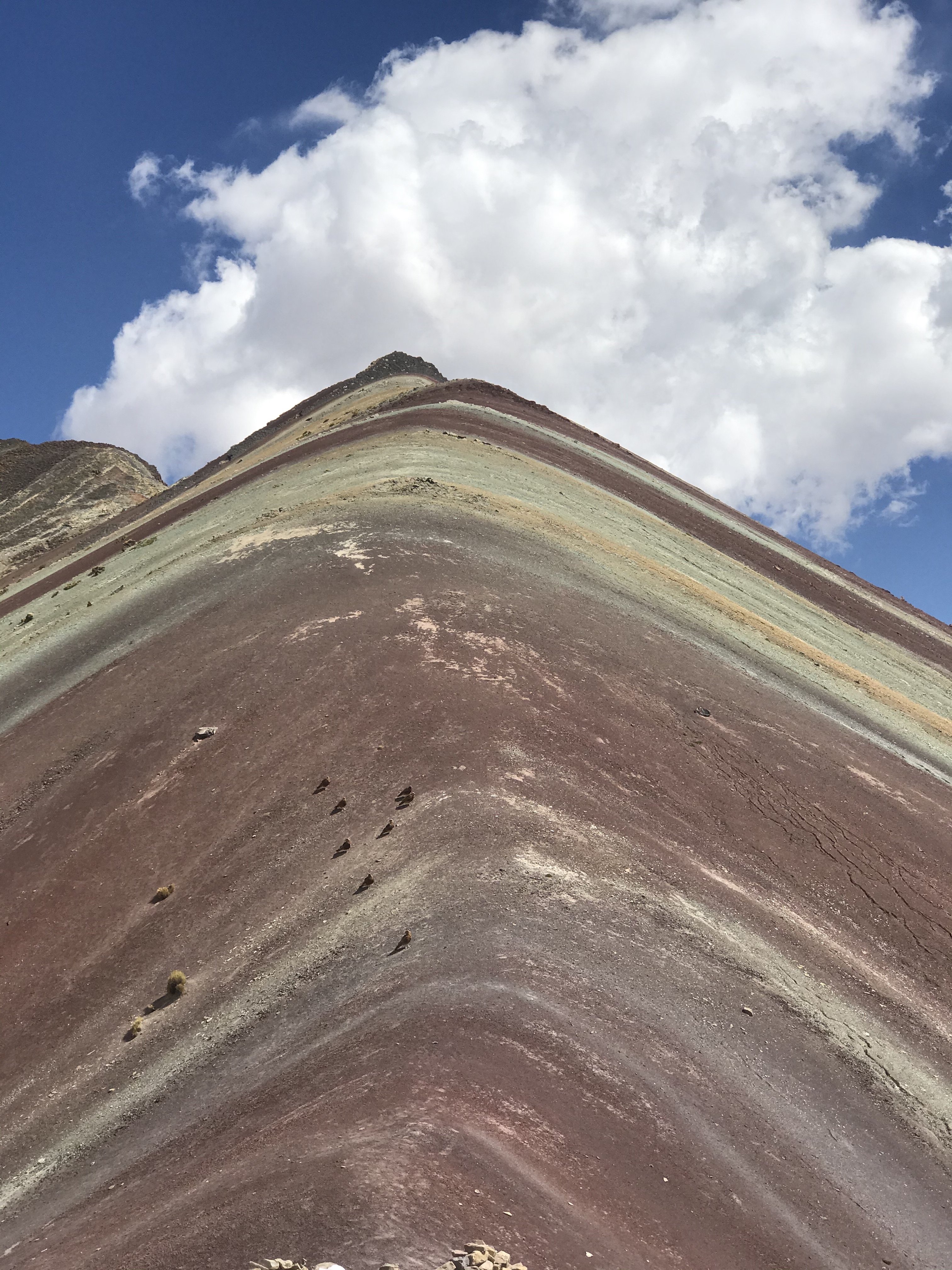 After a long, dusty drive up the mountains we arrived in the parking area to begin the hike.  The parking area is at about 15,200 feet of elevation.  The top of Rainbow Mountain is about 16,000 feet.  We had a serious climb ahead of us.  But there was plenty of entertainment along the path.   The dogs enjoyed watching the small groups of llama and alpaca that were grazing on the foothills. 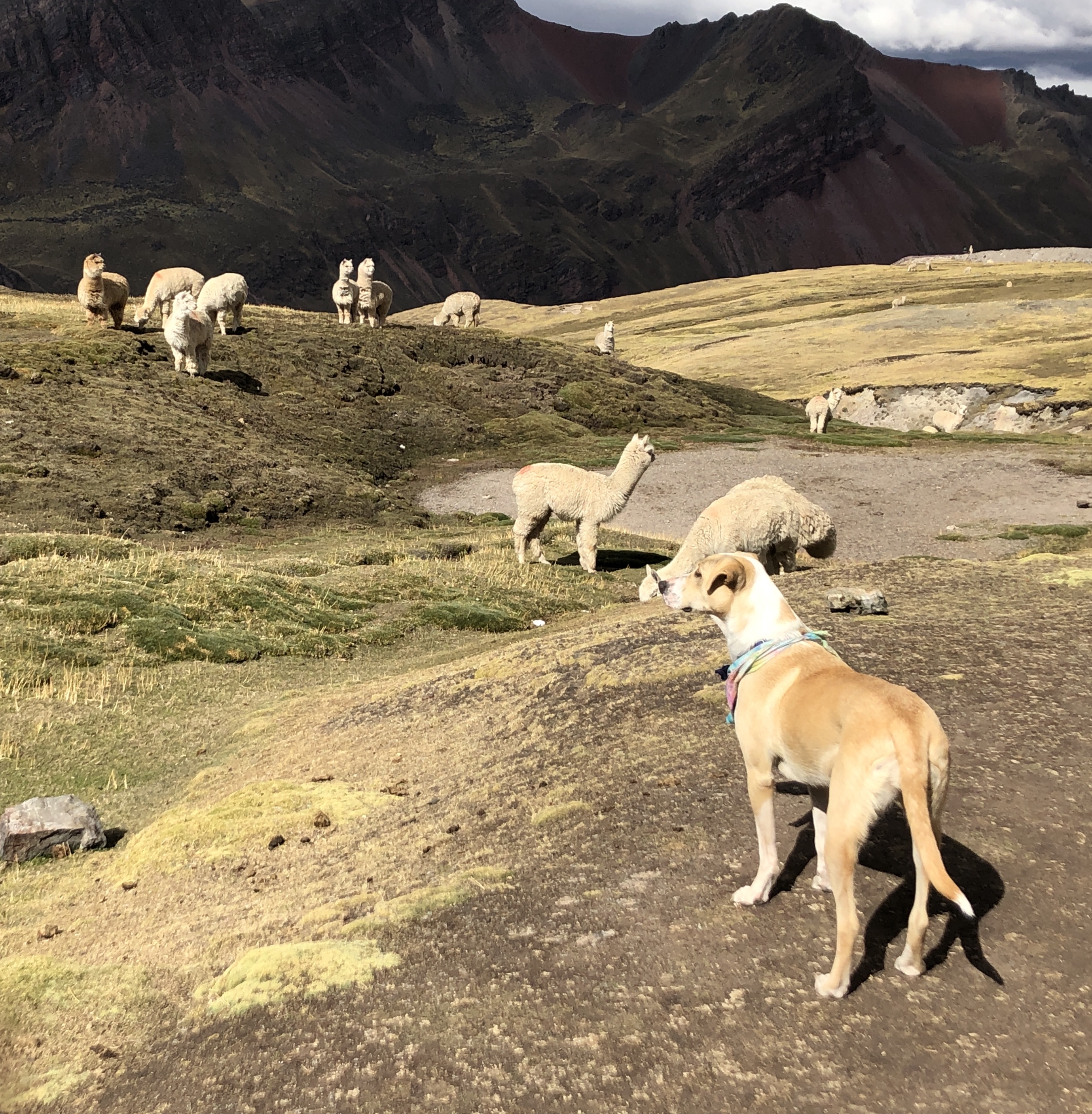 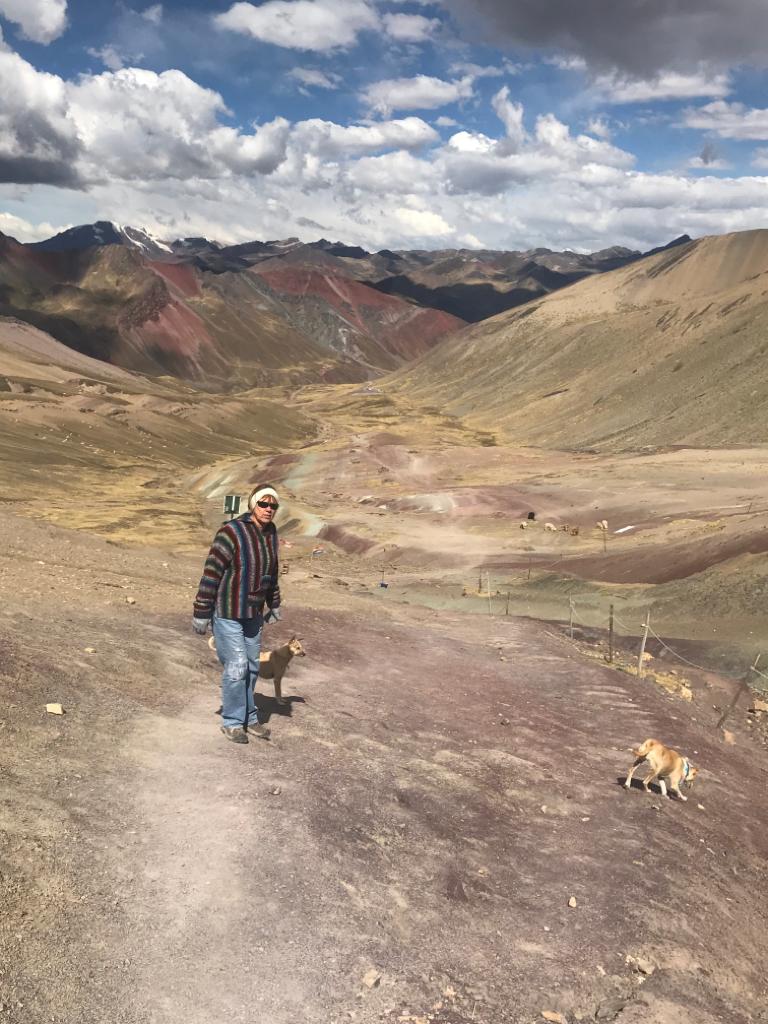 We loved seeing the bright colors of the traditionally dressed locals who worked in the area.   Since we were climbing uphill, out of breath at a high elevation, we had to stop and look around quite often.  The views as we turned and looked behind us were absolutely amazing and once we stopped gasping and heaving we could take some lovely photos. 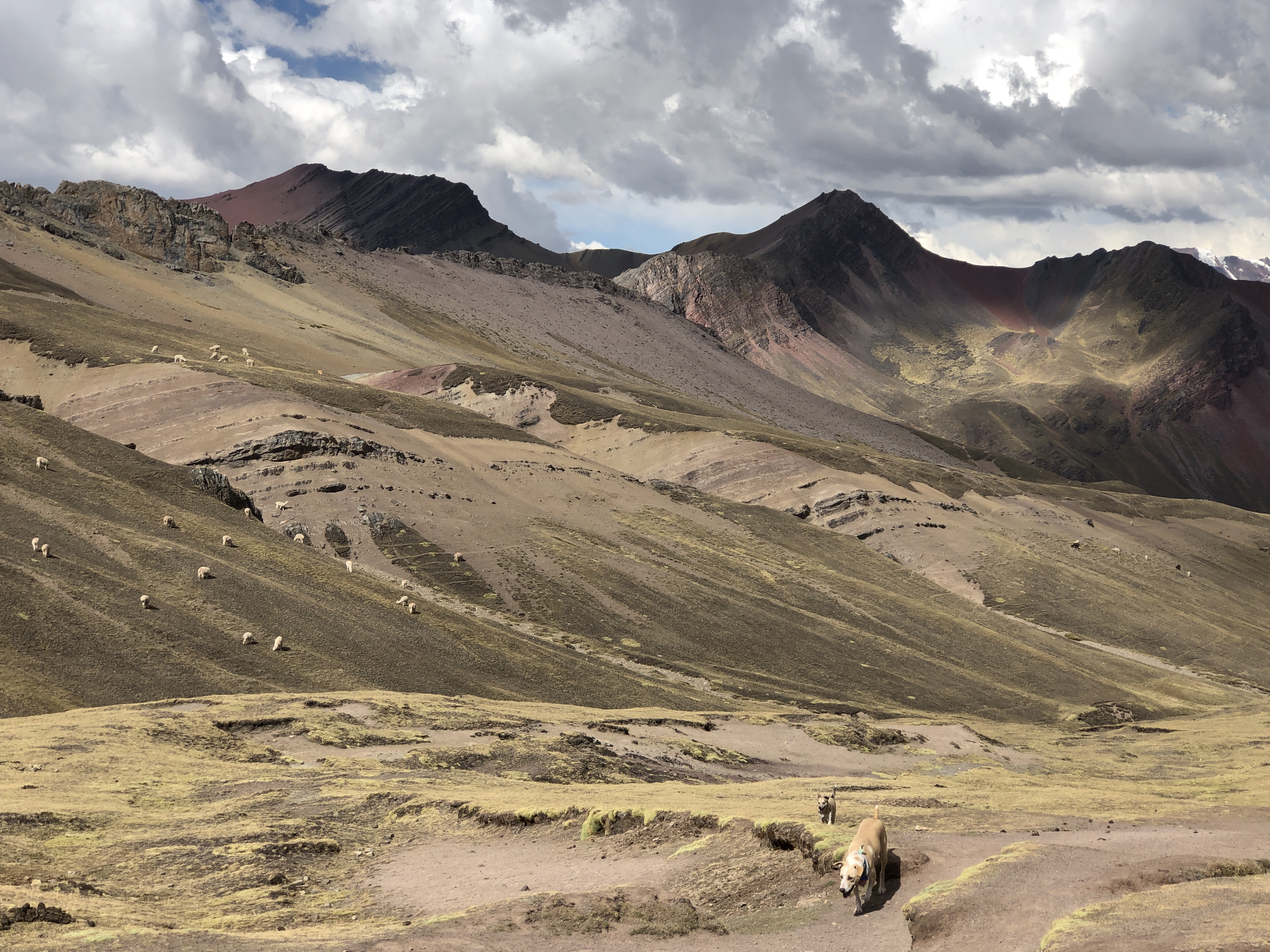 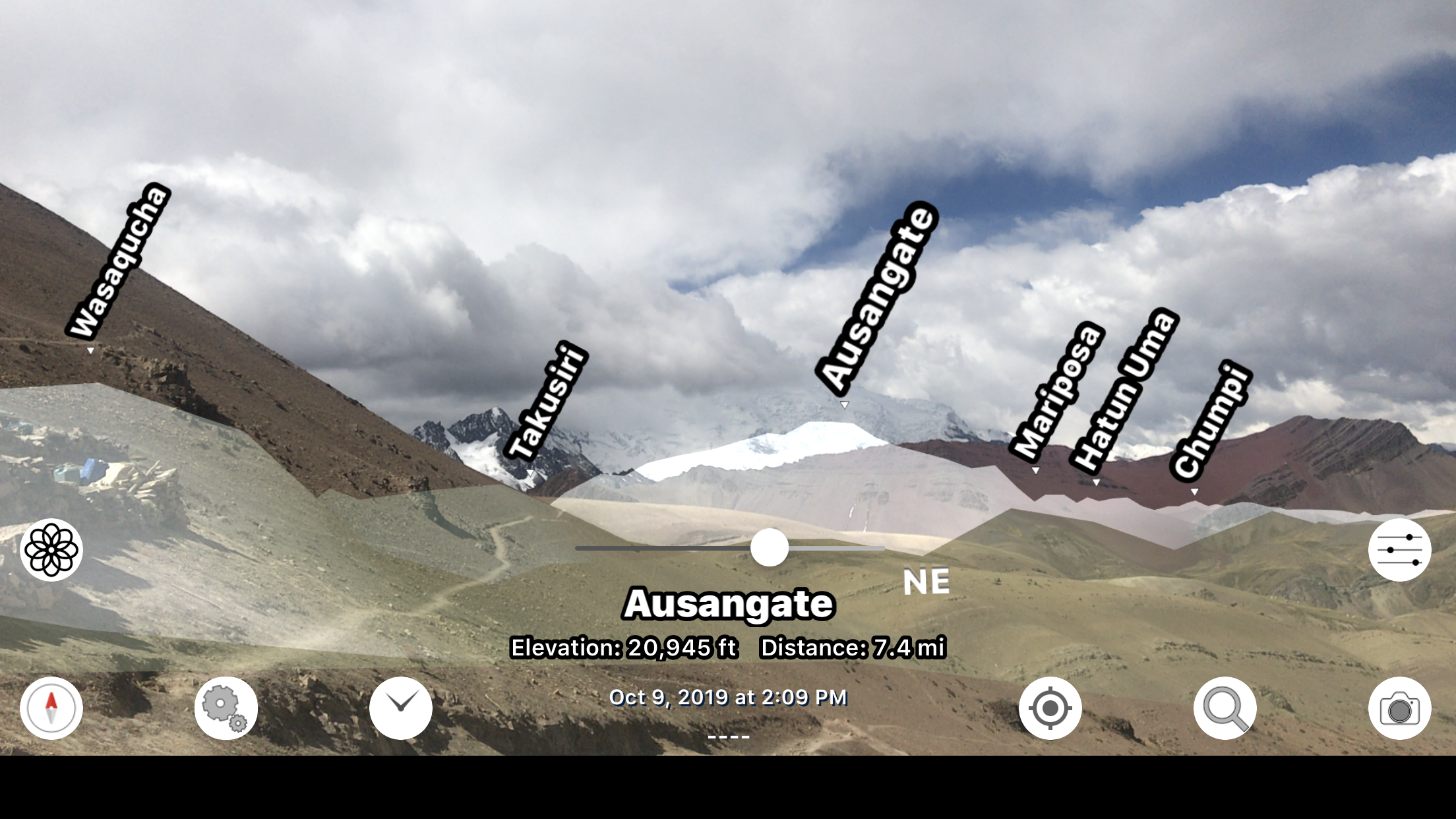 The dogs behaved as if we were NOT at 16,000 feet elevation.  They seemed to not even notice the thin air and elevated heart rates that we humans were struggling with. 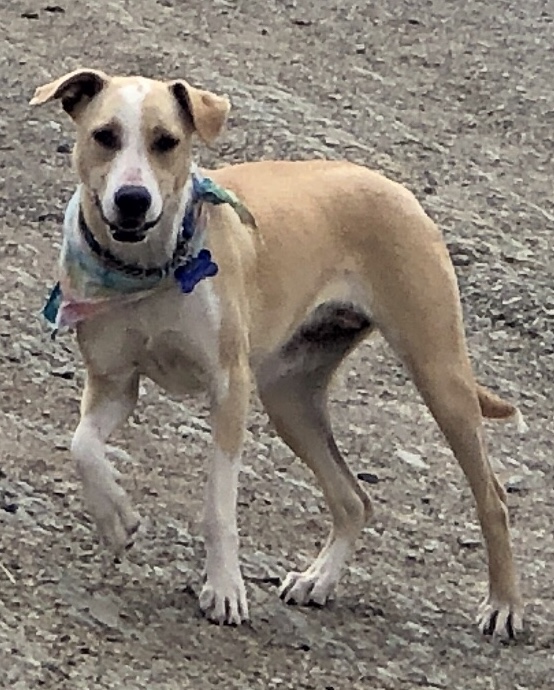 At the top there were the requisite snack stands.  They were selling hot coffee, coca leaf tea and basic food.  The tourists who came off their tour buses and hiked up from the other side were buying the goodies, posing for selfies and scurrying back down to the bus.  We hung out at the top for a while and enjoyed the long distance views. 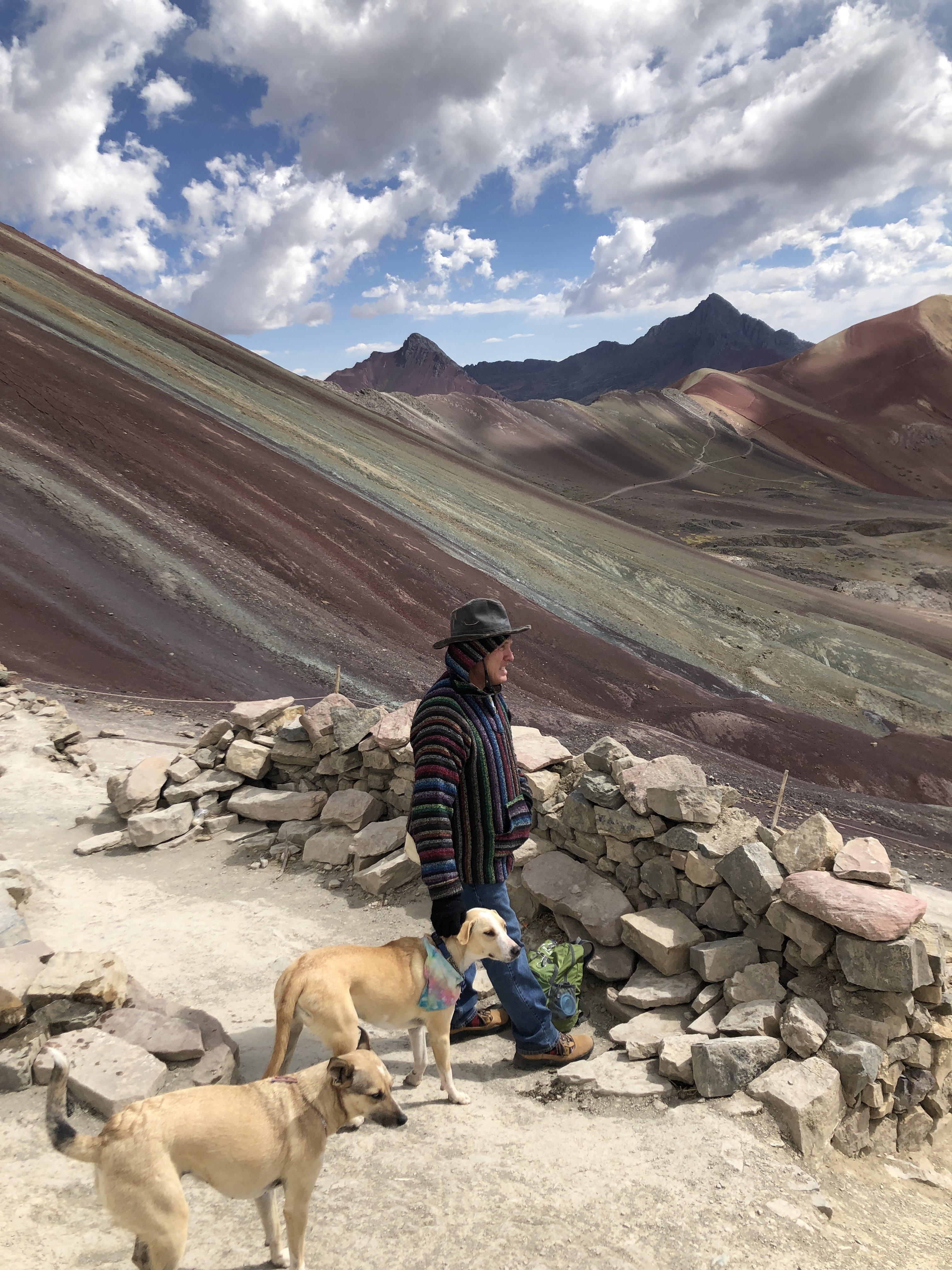 We decided to hide from the whistling wind for a little while as we gazed across the valley.   I cannot emphasize the wind quite enough.  Even the birds struggled with it. 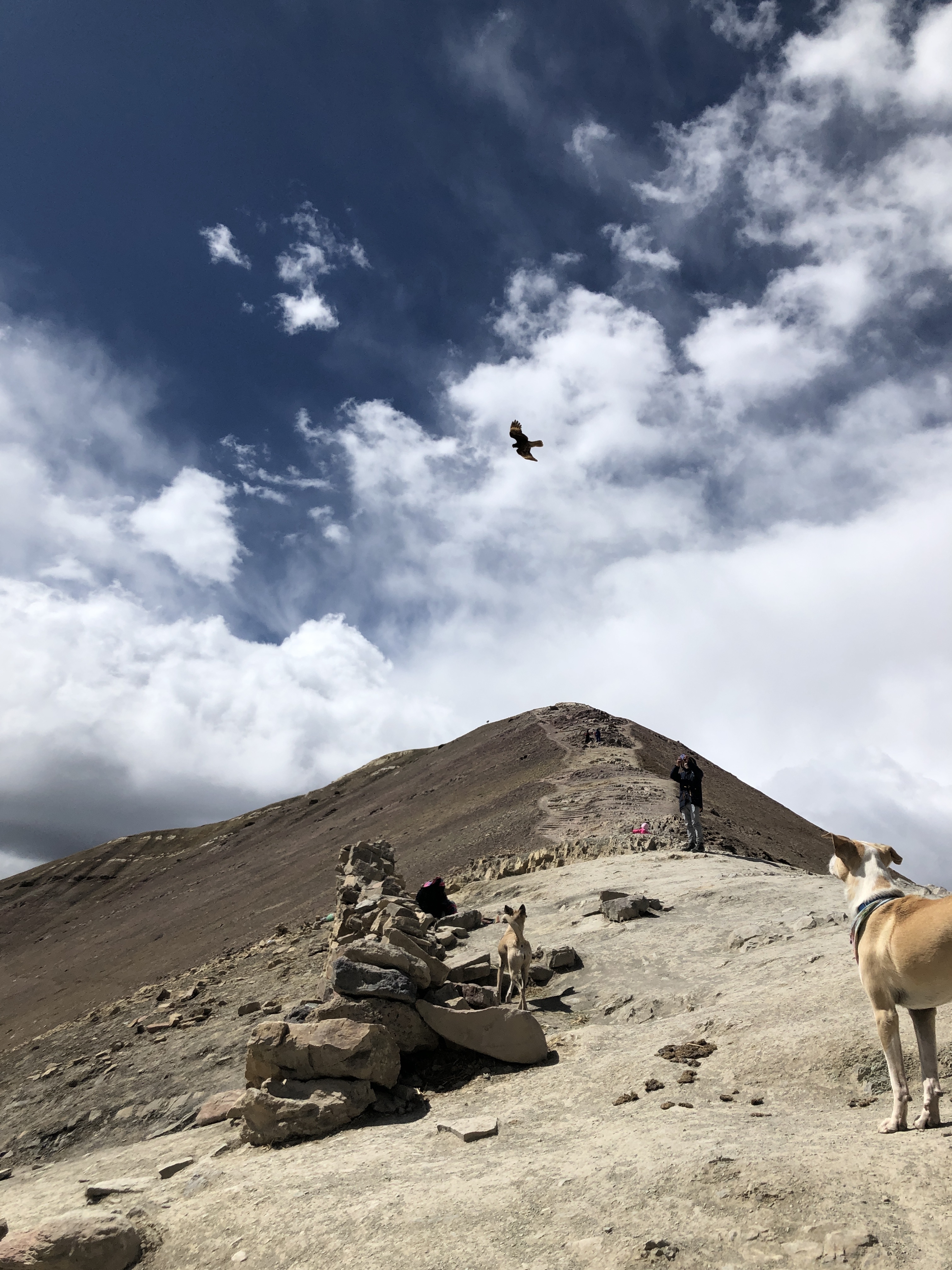 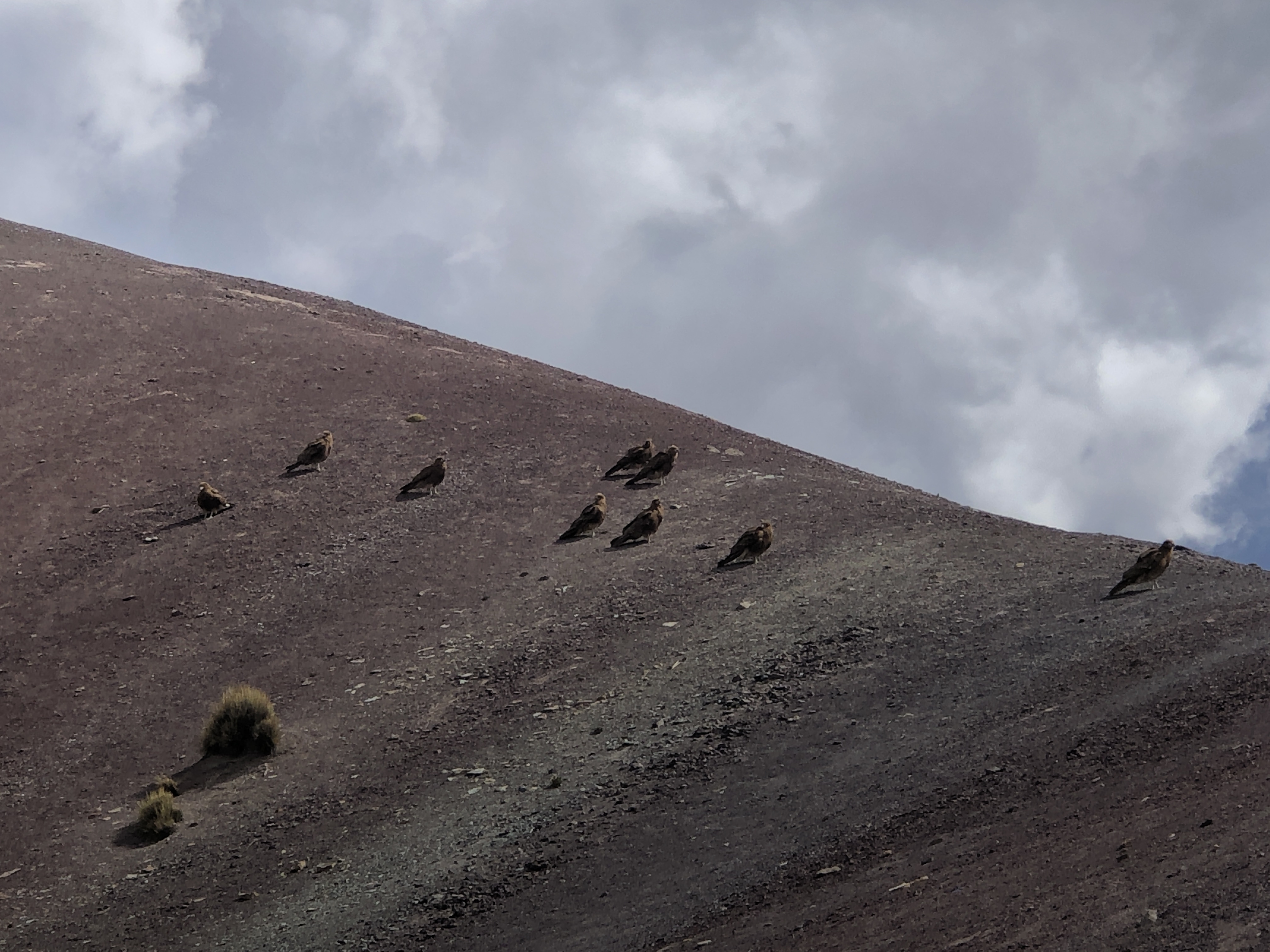 We descended the mountain just as the skies became stormy.  We were able to return to the parking lot before the rains began.  For a brief moment the clouds moved aside and we could see one of the remaining glaciers and snowy peaks in this region. 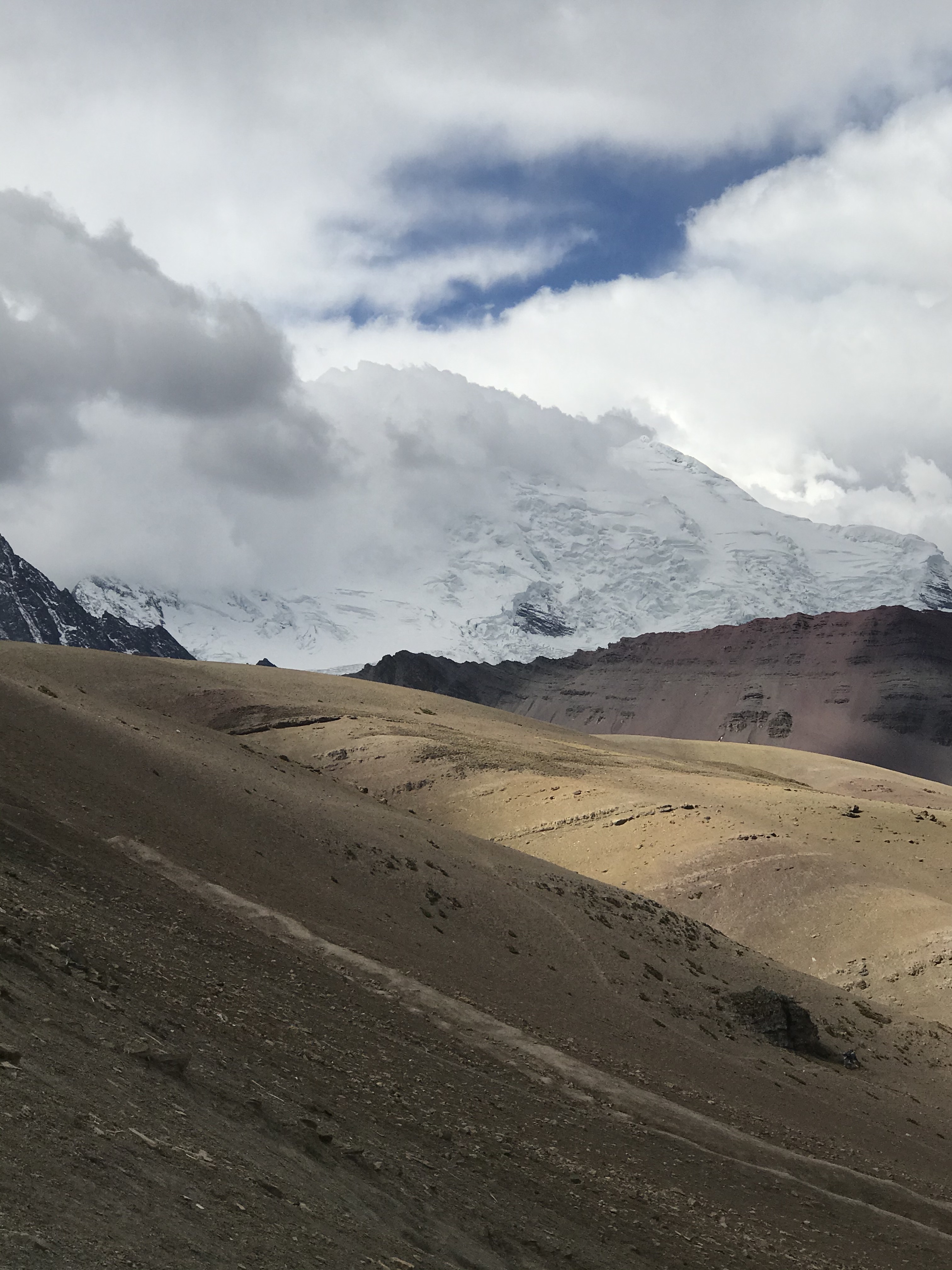 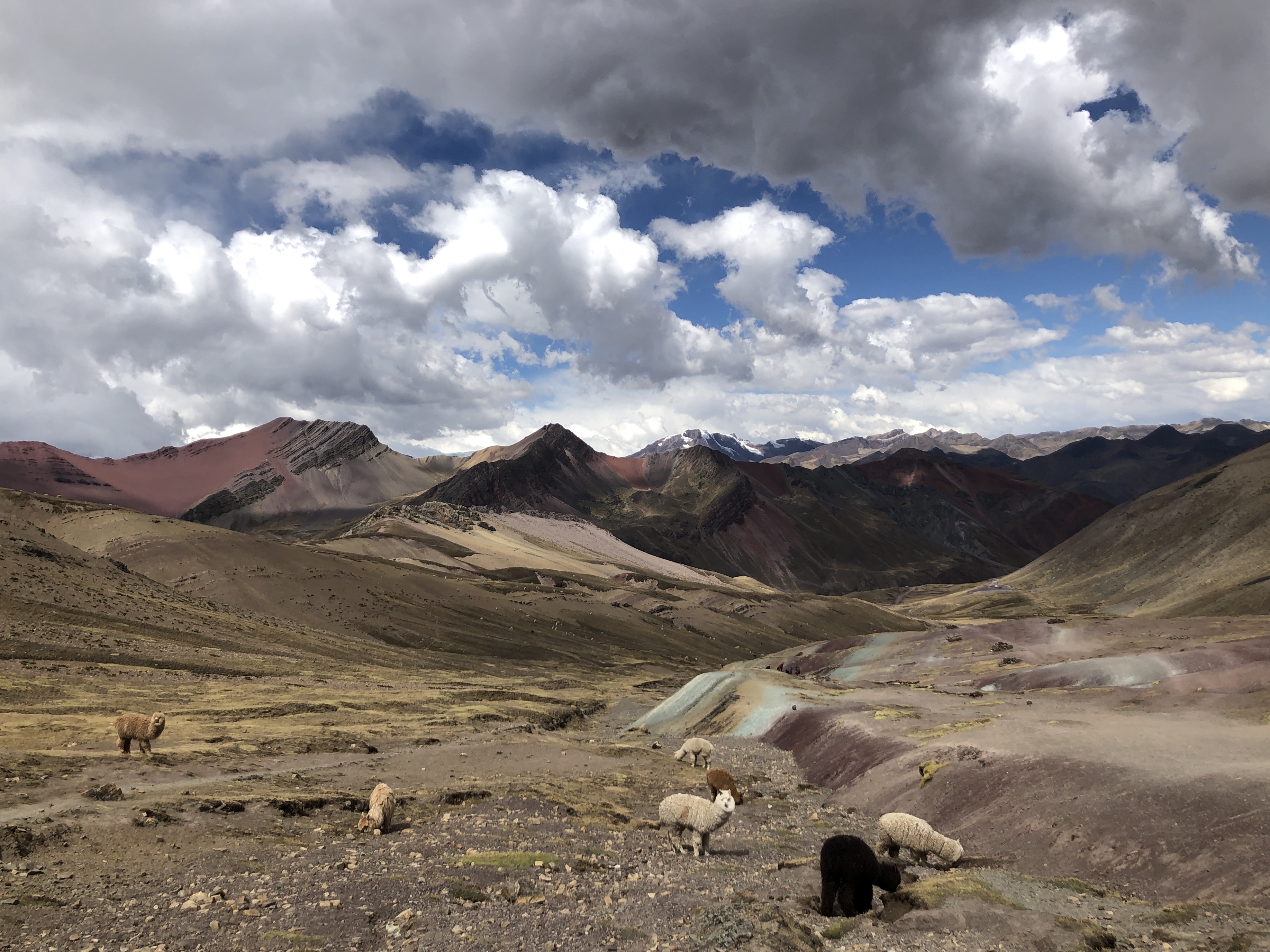 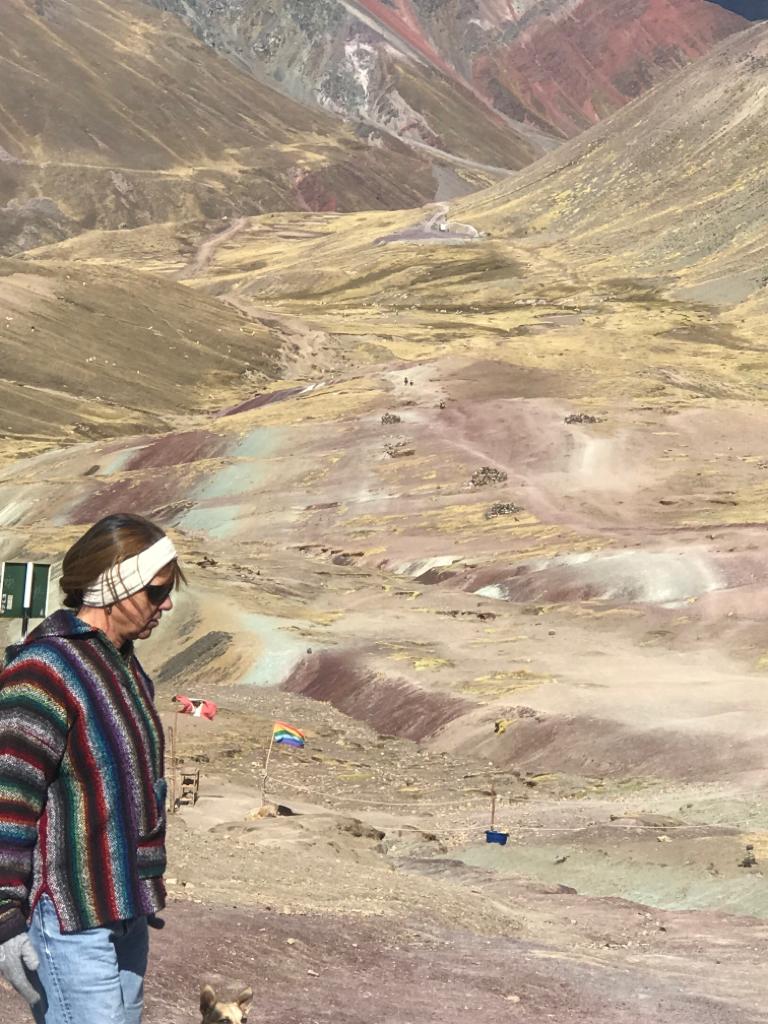 Can you see the tiny, white camper parked way down there?  Now it is time to descend!

In the parking area we found adorable children playing near the camper and a very curious llama.  This video and photo collection shows the curious llama pursuing the dogs around the truck. 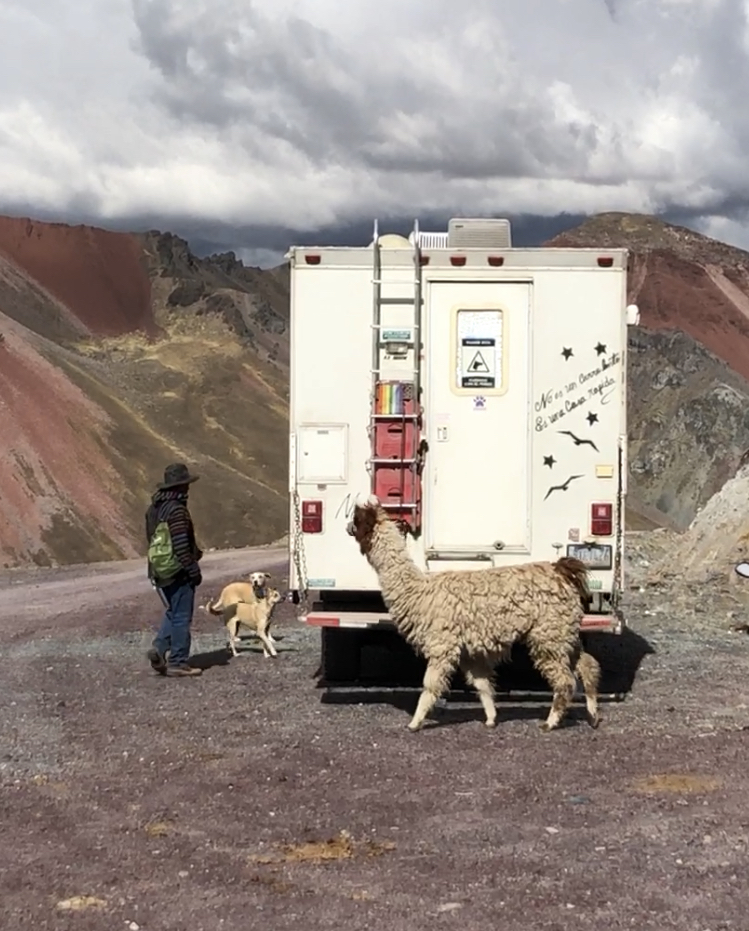 When the hike was finished we drove to a much lower elevation to spend the night.  First we had to get through a Peruvian roadblock.  These fellas were not planning to move, but a few barking dogs helped them change their minds. 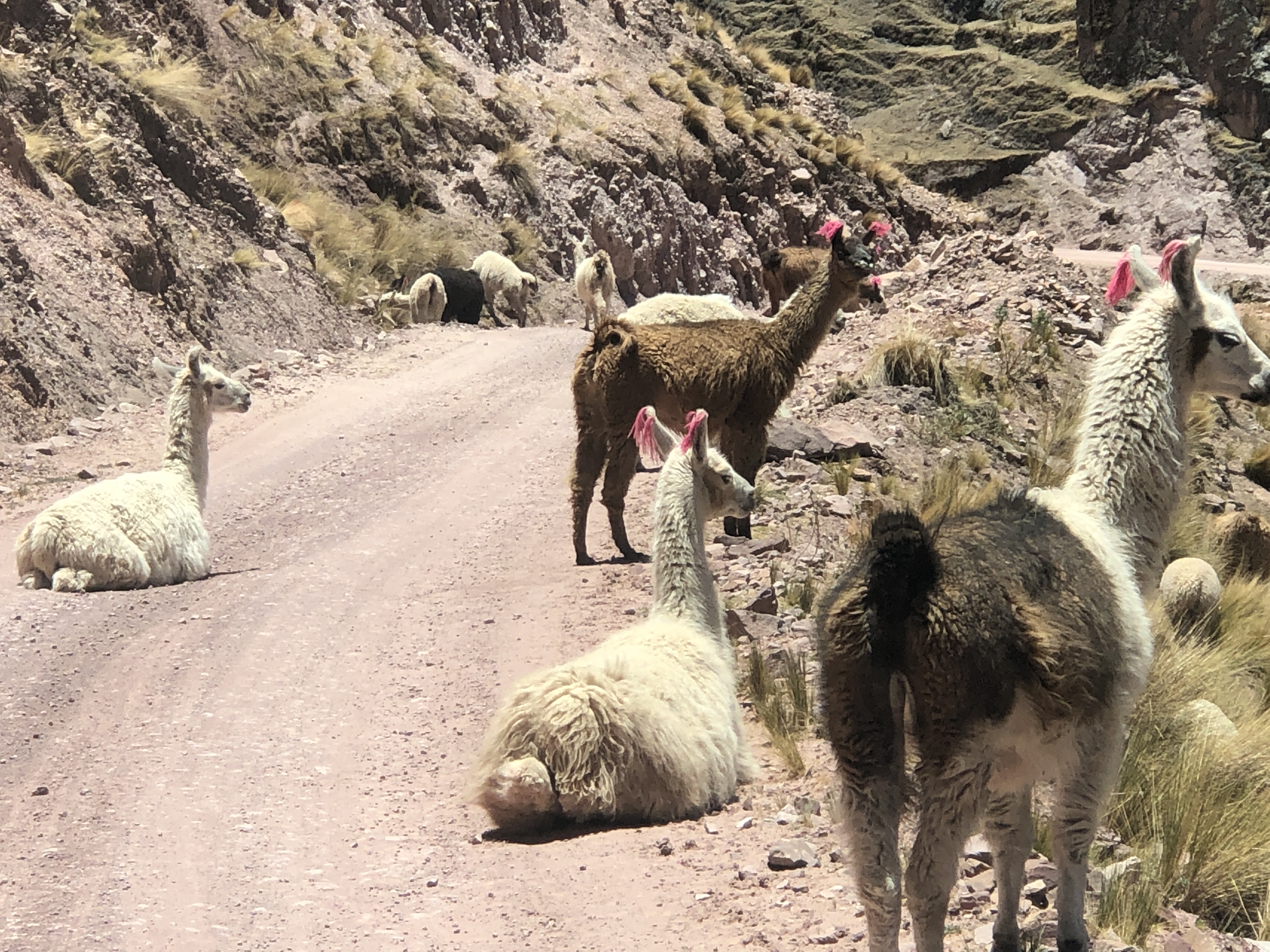 Back on the main highway we followed a shaggy beast along the road for a while.  Check this out. 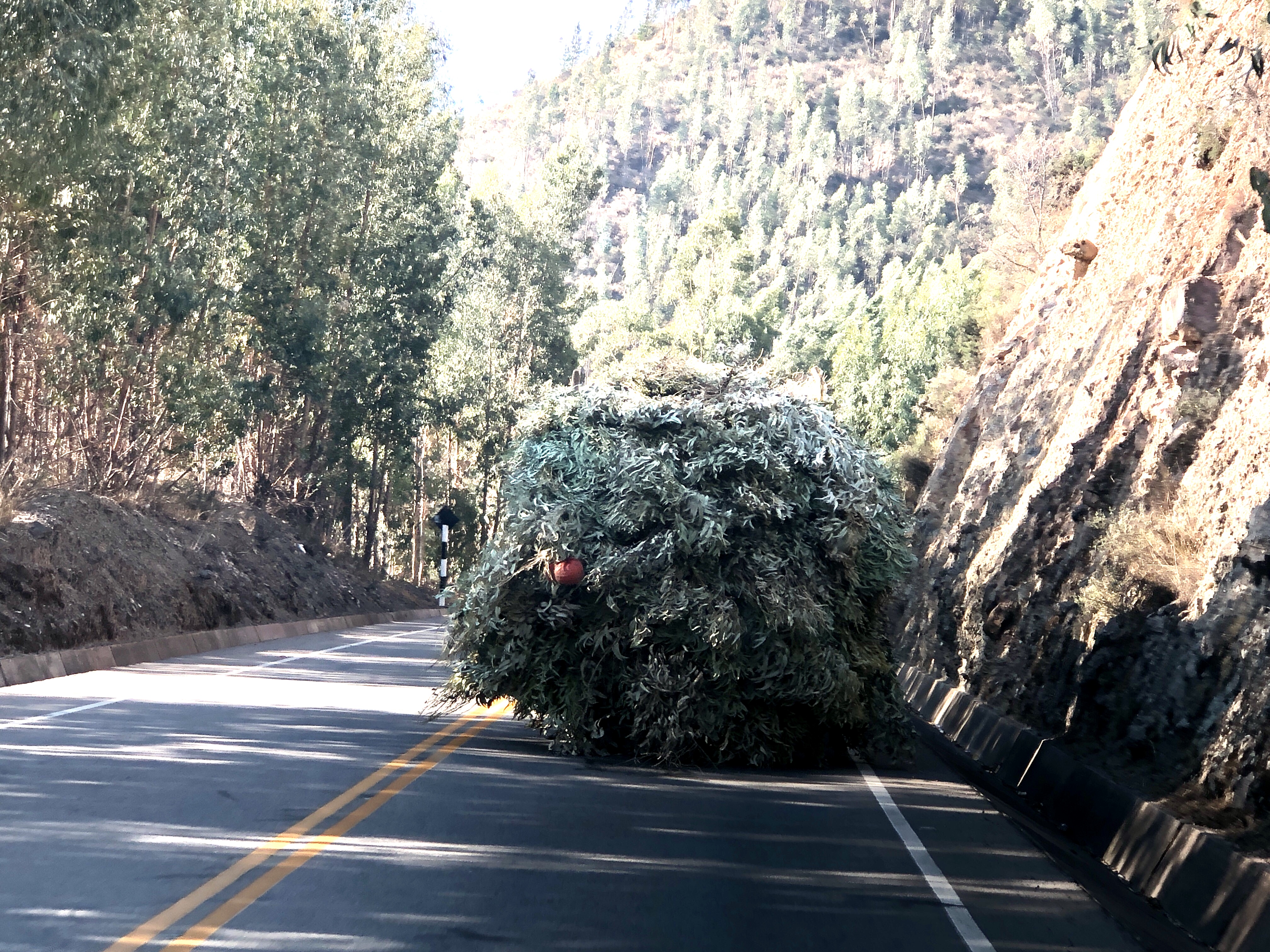 After our long, strenuous hike we all took some time to rest and recover before our next adventure.  Follow along to see where we go next…… 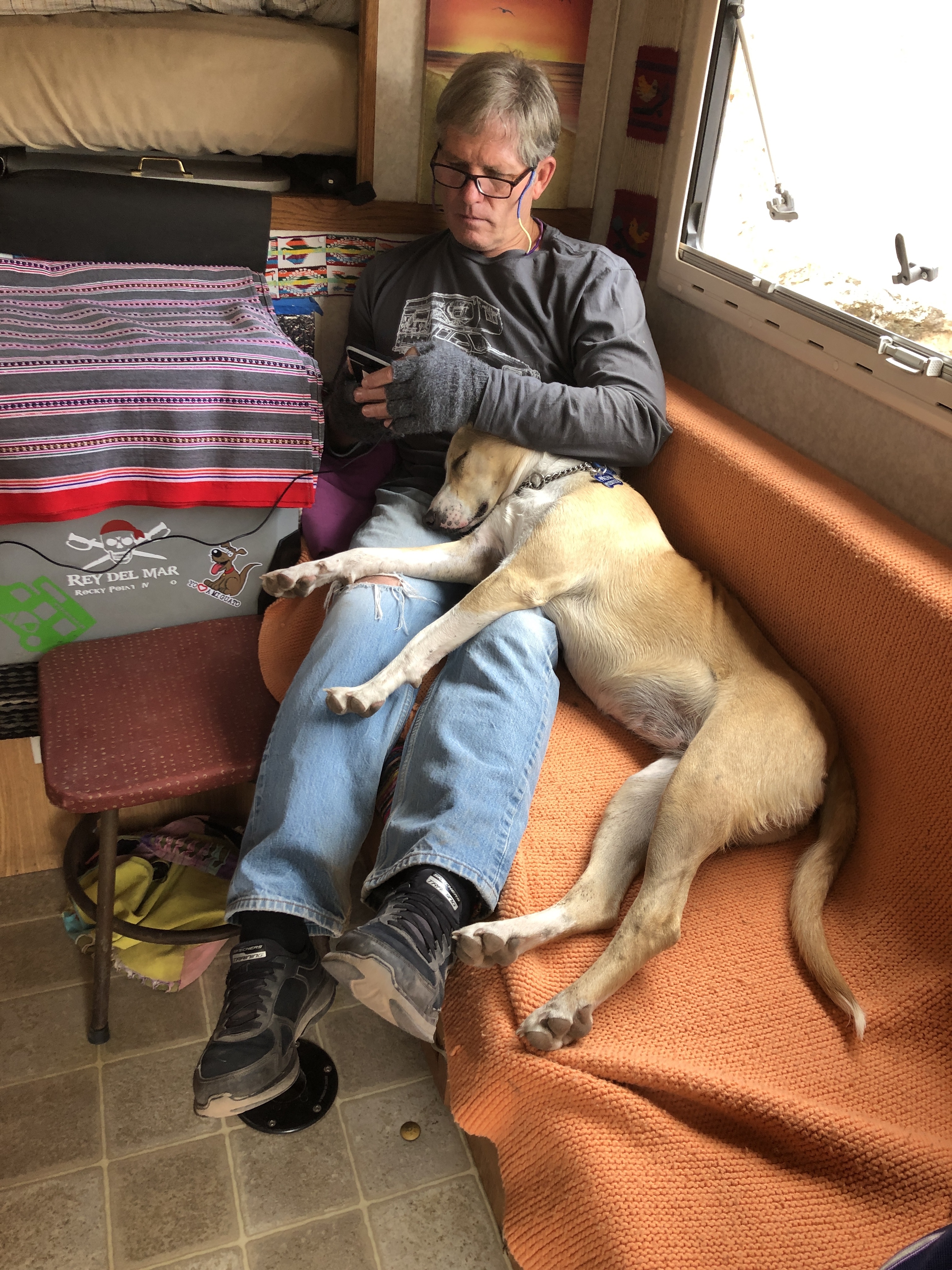 Resting after a long, hard hike!