Driving in Northern Peru was fun and challenging.  We found it very difficult to video or photograph the full effect of these routes.  This post will include a few more details to help you feel the impact.

We ended up on a crazy, back road to access some ruins.  This road felt risky in many ways.  In the photo below, Mike is scouting the wet, deep, sticky mud to determine the best path for the camper.  And checking to see what lies around the next corner.

In this video we are on a dry part of the road which is narrow and extremely bumpy.

Mostly we stayed on the main highways.  But even the highways passed through little villages with houses, stores and daily living crowded right up to the edges of the road. 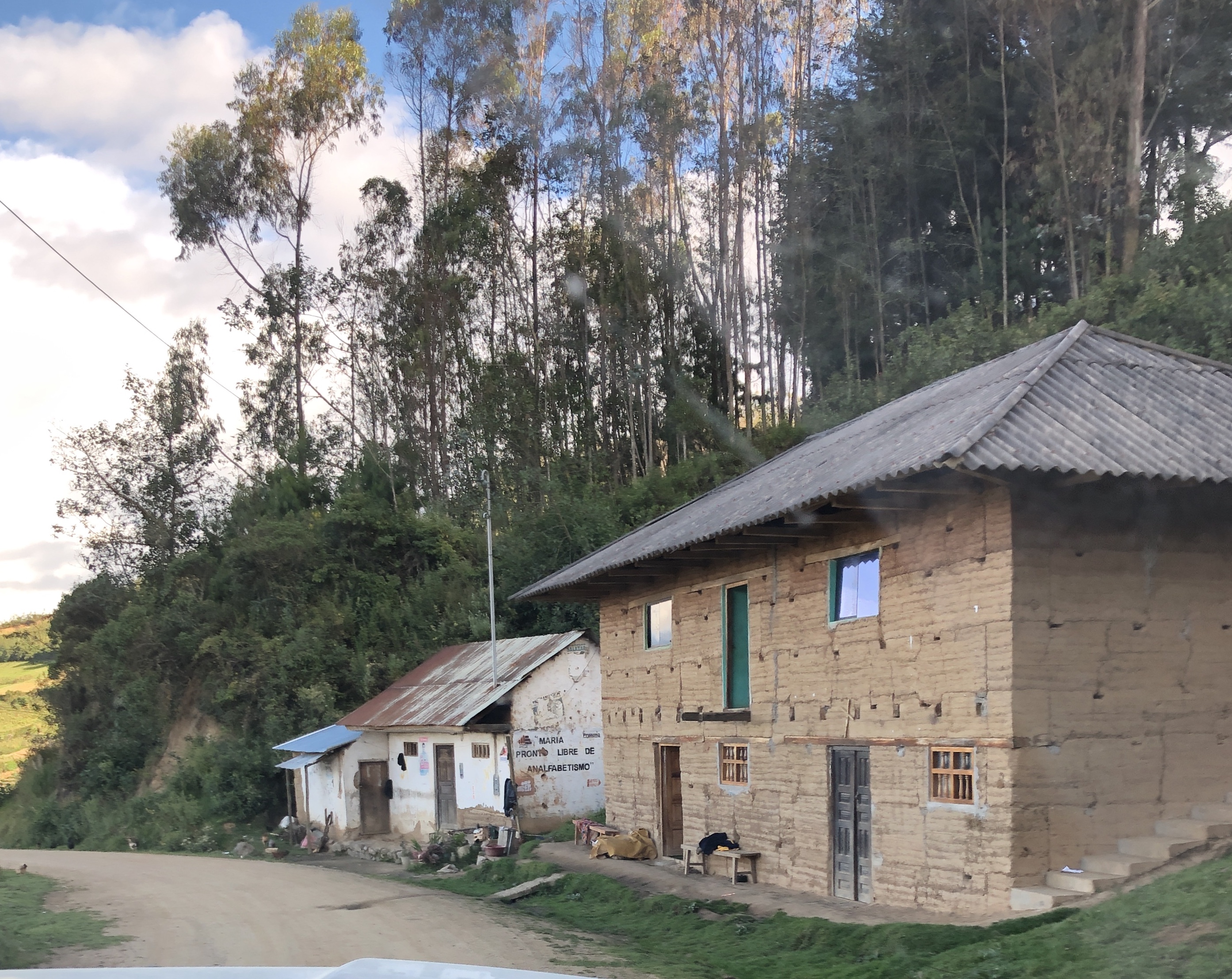 Our daily drives revealed many different things along the road.  People walking, riding bikes, pushing wheelbarrows, herding sheep or cows were all typical.  But one of the most humorous sets of pedestrians we saw were these two friends.

Every now and then the road crosses a river.  Most of the bridges seemed stable, yet old and narrow.  This wooden bridge was LLLOOOONNNGGG and entertaining enough to warrant this little video clip.

The next video clip is the curve at the pole.  Yes, that sounds funny, but even the sign says it is the curve of the pole.  Reading the warning sign did not prepare us for the curve, the narrowness or the sheer drop off that happened at the pole!

The pole on the edge of the narrow road, marking a very long, sheer drop-off.

But even when the  bridges were sketchy and the roads were rough, the views made it all worthwhile.  It’s nearly impossible to capture it in a photo, but the long valleys and canyons are spectacular in Northern Peru.  Almost enough to make you forget the roads! 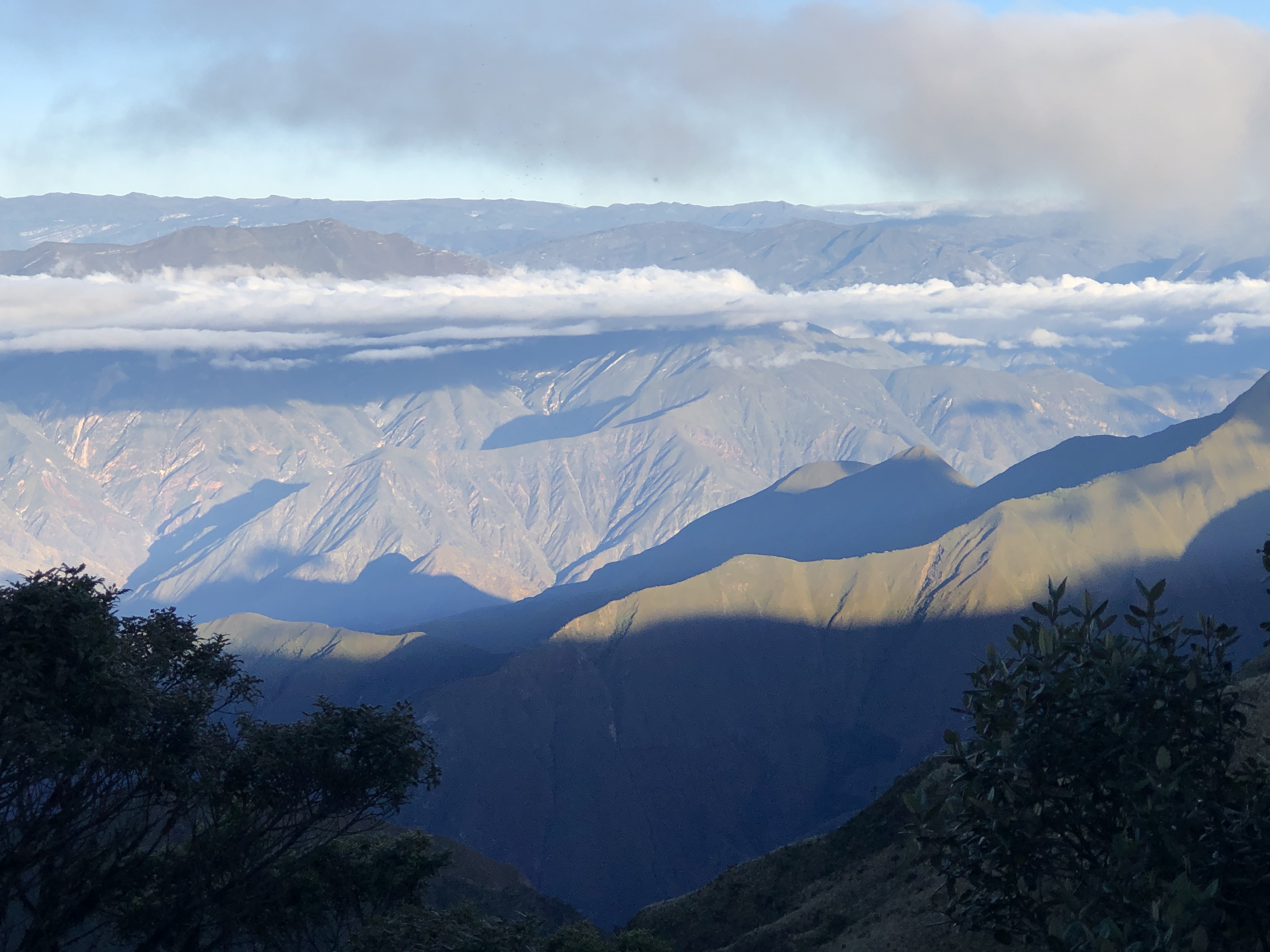 While the roads of Northern Peru were rough and sometimes scary, there were also some funny moments.  We found these two cute photo backgrounds in a small shopping mall where we stopped for groceries. . 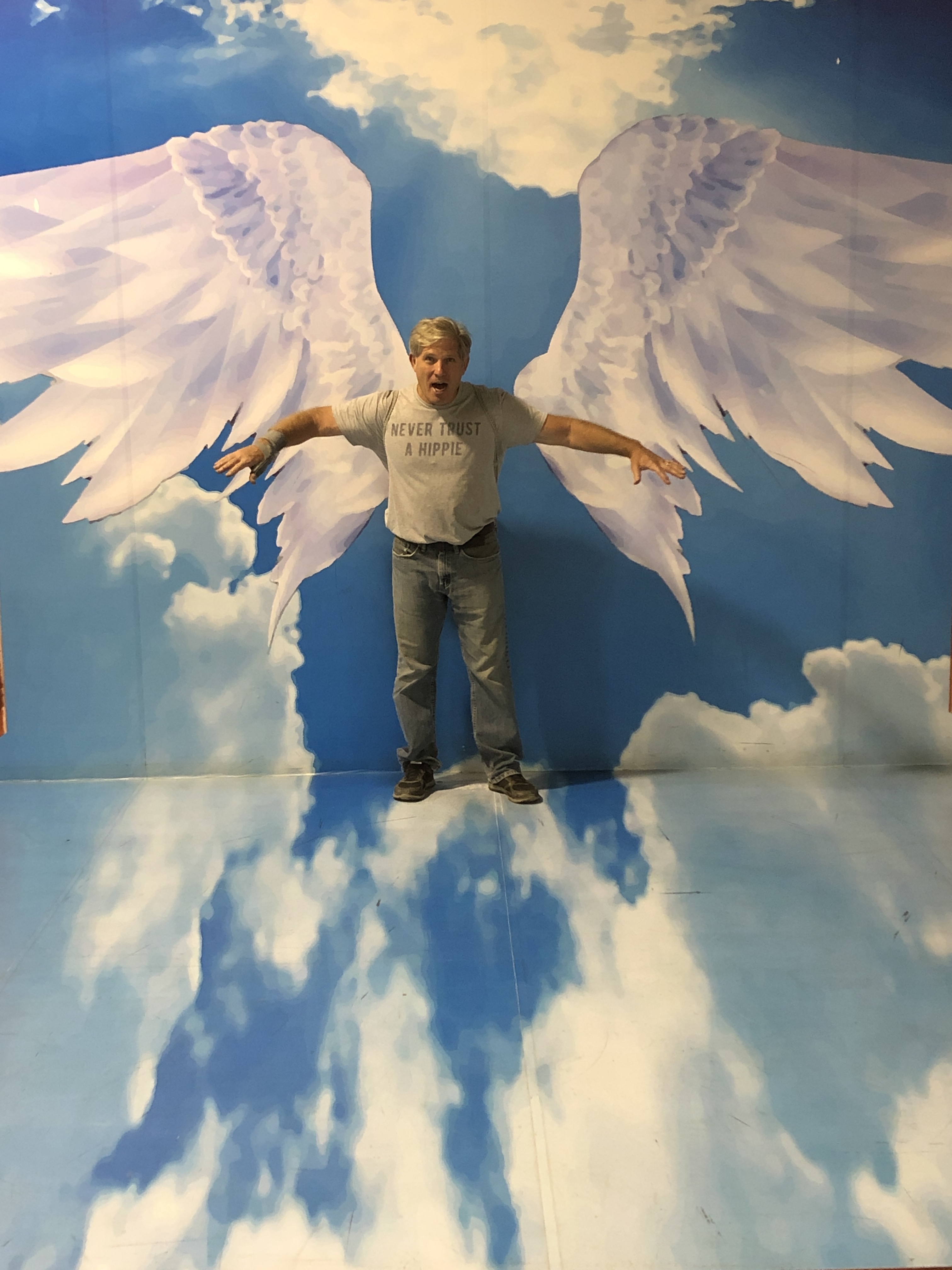 And just outside the mall, we encountered our first (and perhaps only) lion-dog.  This little lion-dog was wandering around as if he had an important job to do.  We let him get on with his business, as we went on about our own business!

I will close this blog post while you are chuckling about the lion-dog.  And if your dog has the potential to become a lion-dog, get after it.  And send us a photo!

The new post is up!! Check out the latest news at www.slowcarfasthouse.com Why is Pacha in a tree? Why is Mike in the motor? What is Nica whining about? Why did the SIL fly to Brazil? Find the answers to all but one of these questions in the latest story. Did you read it yet? Answers below ⬇️